Three days ago, on May 24th, the National Oceanic and Atmospheric Administration (NOAA) has published its annual Atlantic Hurricane Season Outlook. The main thing to know from it: the 2022 is expected to be above-normal. Here are the main facts from the outlook for those who are not ready to read it in full but want to be aware of future hurricane events.

1. The 2022 Atlantic Hurricane Season will begin about June 1, as usual.

The season usually lasts until about November 30 but may end earlier or take a little longer, depending on the number of hurricanes, which varies each year.

If you've never heard of hurricane season, these are tropical cyclones or special weather systems with low atmospheric pressure, which are moving counterclockwise by the Coriolis force.

They occur in the Atlantic Ocean and move along the Carribean and the coast of North America, but also in the Pacific Ocean in Asia (where they are called typhoons), and in the Mediterranean Sea, where they are known as medicanes.

2. “Above-normal” means that there will be more severe hurricanes.

NOAA estimates a 65% chance of such a season. A normal season is expected to have a 25% probability and only 10% for a below-normal season. If the NOAA's projections hold true, this will be the seventh consecutive season with more severe hurricanes than has happened before. 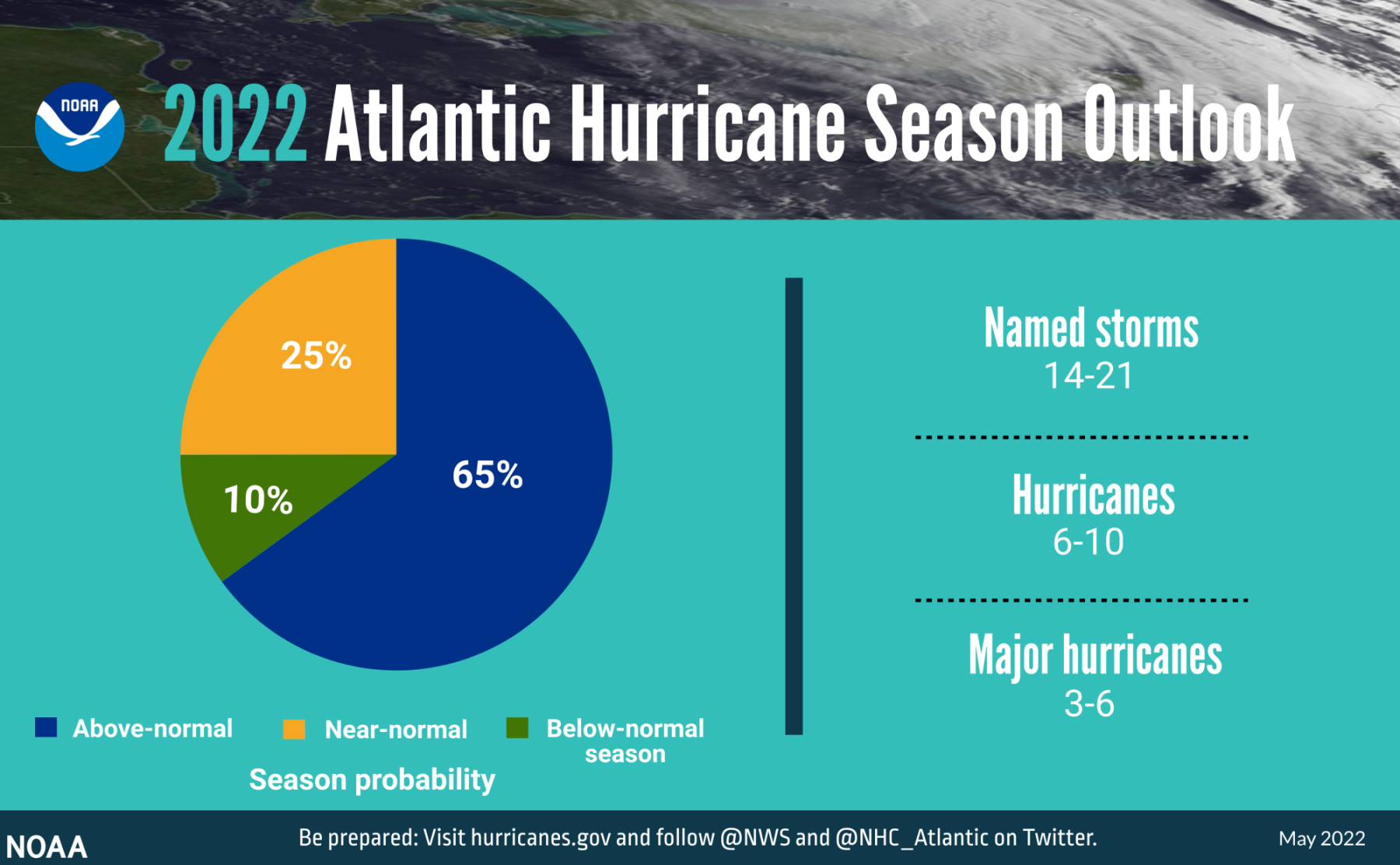 That’s what they call storms with wind speeds of 39 mph or higher. Of these, 6 to 10 storms are likely to become hurricanes (winds 74 mph or higher), and 3 to 6 are major hurricanes in Categories 3, 4, and 5 (winds 111 mph or higher). The probability of these calculations is 70%.

The hurricane category, in turn, is determined by the Saffir-Simpson Wind Scale (SSHWS). The scale was invented in the United States in 1971 by two specialists: civil engineer Herbert Saffir and meteorologist Robert Simpson.

In addition to high gusty winds, hurricanes bring heavy rainfalls, thunderstorms and lightning, and other severe and extreme weather events.

4. La Niña is one of the main reasons of the strong 2022 hurricane season.

La Niña a 3-5 °C (5.4-9 °F) cooler water surface temperature variation than normal in the equatorial Pacific, which contributes to hurricanes. The name means “girl” in Spanish. The opposite of La Niña is El Niño (“the boy”), an increase in temperature. But there are other reasons.

5. This year’s hurricanes have already received their names from the WMO.

But it’s better, of course, that it doesn’t happen. 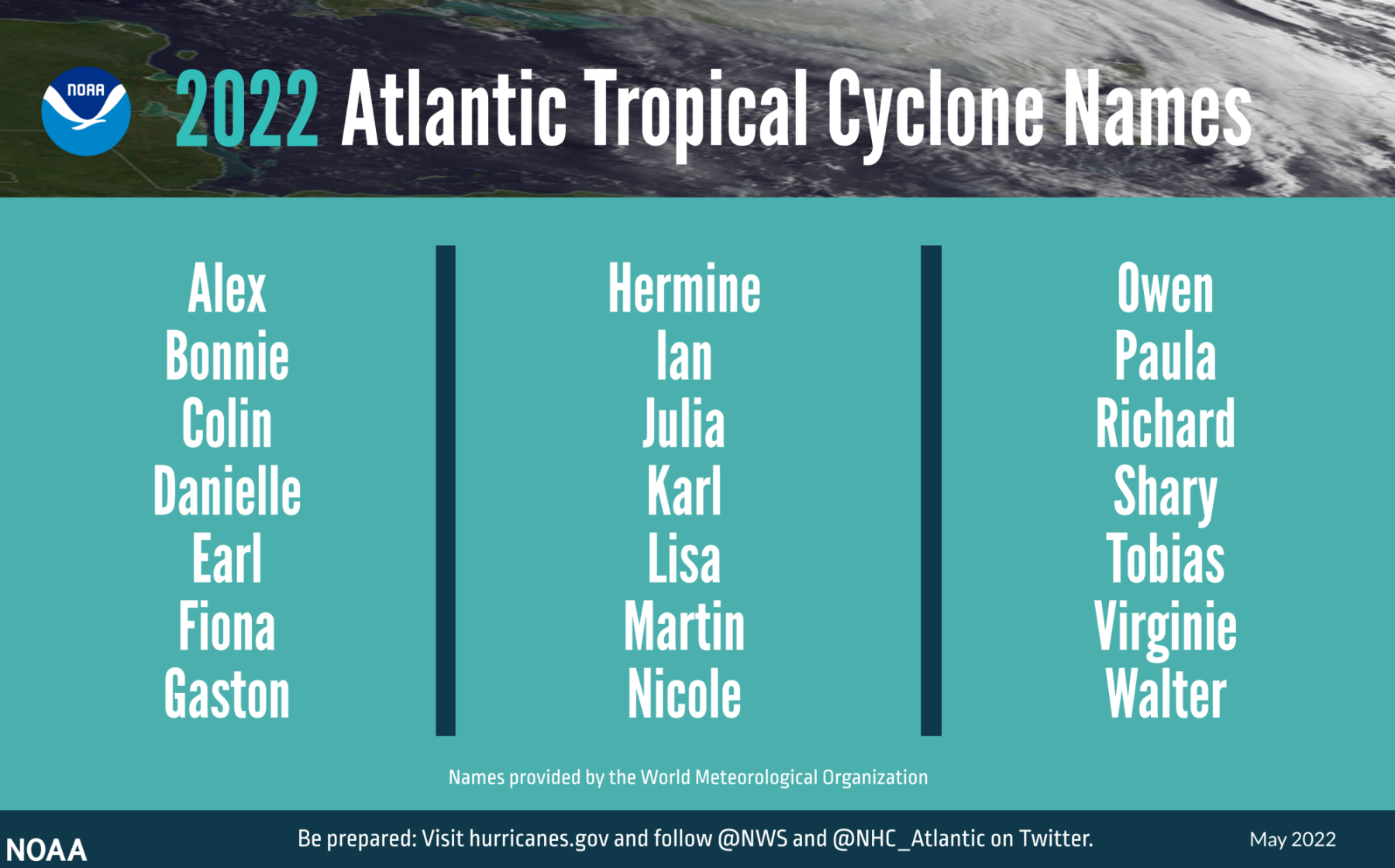 Learn more about tropical cyclones season and the individual weather events associated with them by following this and other links in this article.

How the temperature changes in the Mediterranean Sea

What is a tornado and how does it form