François Jambou won (prior to the jury’s announcement) the second stage of the Mini-Transat La Boulangère. He was racing for 12 days, 2 hours, 27 minutes and 7 seconds between Las Palmas (Canary Islands) and Marin. He represented the Team BFR Tide High Yellow. 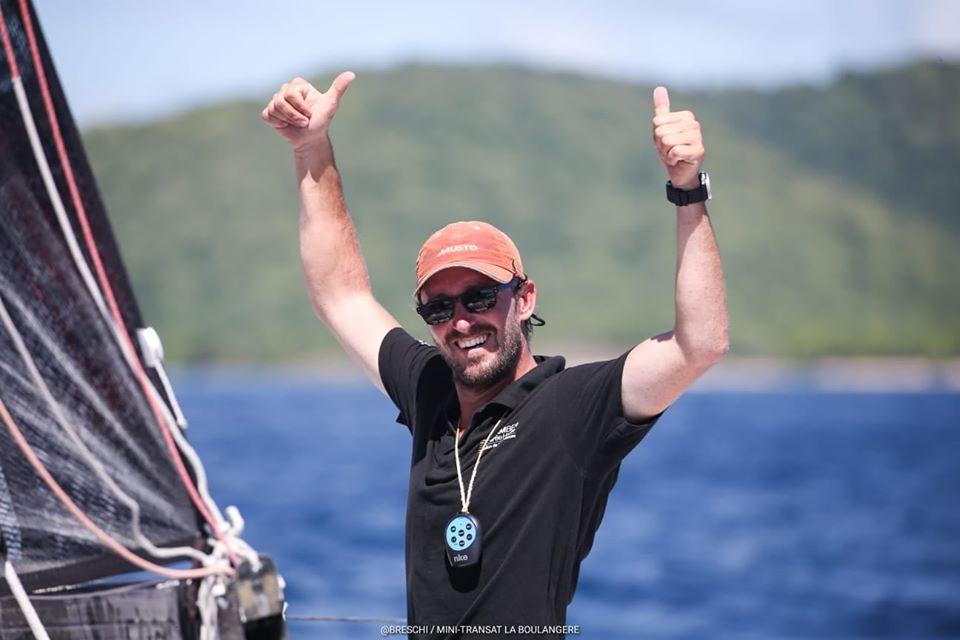 «I made many sacrifices — Jambou said, —My entire life was wrapped around this. I haven’t had had any income for a year and a half because I stopped working. Lately I have not been very present for my 3 year old son. My wife was backing me up, I thank her because without it I could never have done that. This victory will change my life, there will be a before and after».

His average speed from Las Palmas de Gran Canaria was 9.22 knots. His cumulative race time on both stages is 20 days, 20 hours, 31 minutes and 57 seconds.

François Jambou was born in Concarneau in Brittany. He is 35 years-old seasoned skipper.

Mini Transat is a solo transatlantic yacht race, that usually starts in France and ends in Le Marin bay, Martinique in the Caribbean. The race covers over 4,000 miles with a stop in Madeira or the Canary Islands.