What Are Tidal Datums? Learn About the Most Common in the World: LAT and MLLW

In Windy.app you can get information on tides from the two of most common datums in the world: LAT and MLLW. And tides are needed for everyone who do yachting, surfing, fishing at sea... Find out what tidal datums are and how to use them in the app.

What Is Tidal Datum?

First, let's quickly and briefly understand the terminology of tides:

Conclusion: water height fluctuates constantly. And if that's what happens, it has to be counted from something, right? It's got to be zero depth. In other words, the datum, what's taken for zero depth.

Ok, What Are LAT and MLLW Tidal Datums and What’s the Difference Between Them?

These are two of the most common datums in the world. So both are now in Windy.app.

It is taken as zero depths on Russian, British and other European maps. In general, it is common in Europe. It is predicted based on the lowest possible tide level in the history of observation over 19 years.

What does that mean? When you see on a map of one of the European countries a figure indicating the minimum water level, in reality, it will never be lower than that figure, but in fact, it may be more. So it is good for you: accurate data plus always a small amount of depth.

Or the lesser of two lowest low waters per day over a 19-year observation period.

This value is taken as zero depth on the maps in the US. And that's a different approach. Here, the starting point is the average value, so it may be that the real depth is slightly less than the depth shown on the map.

The tilt and orbit of the Moon's movement around the Earth change due to the Sun's gravitational action. The Moon does not exactly repeat its path relative to the Earth until every 18 years and 7 months. This observation period is therefore minimal. It is used to calculate all the mean values associated with the tides. 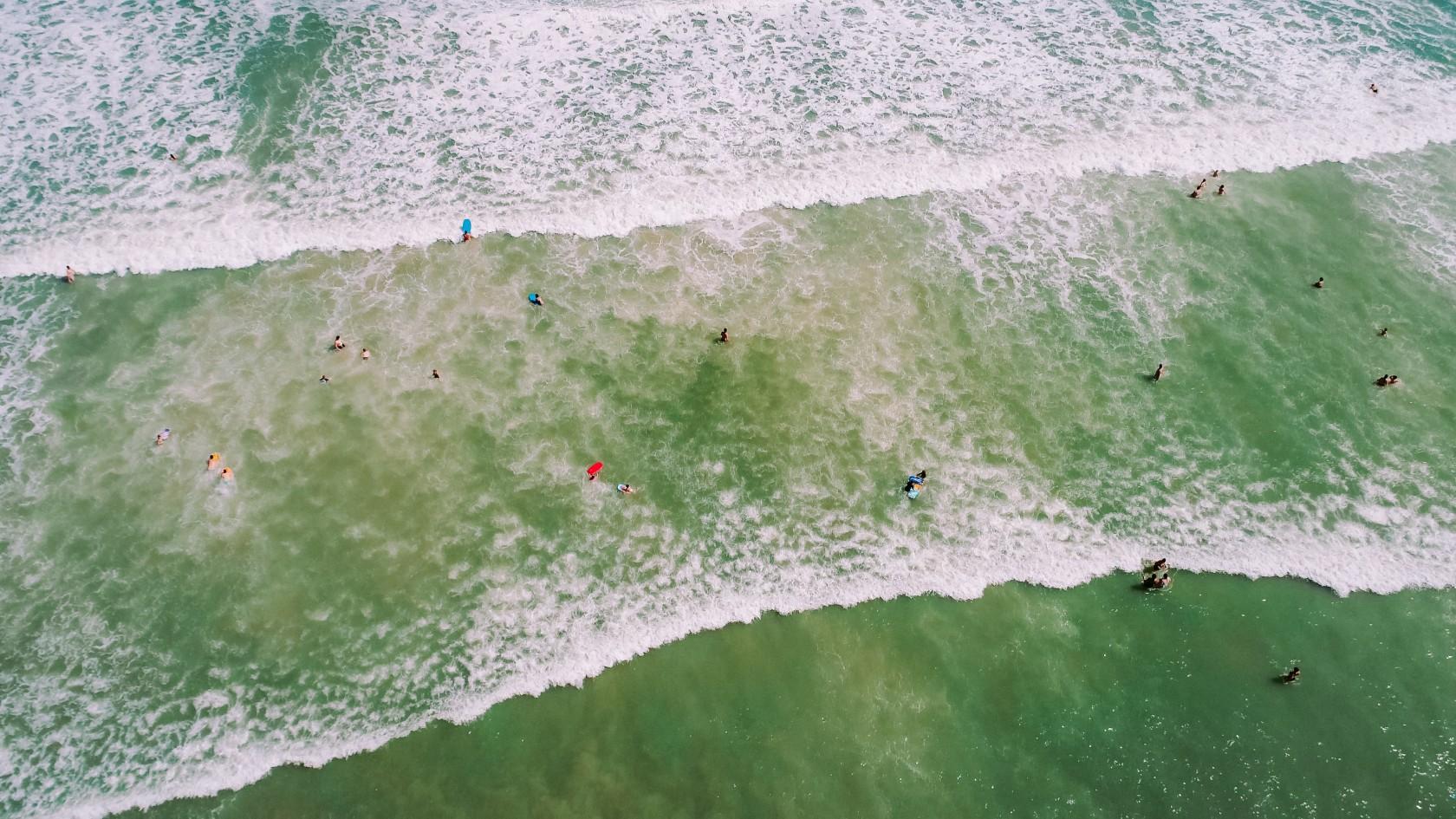 Why Do I Need Two Datums?

If you had a paper map — Russian, British, other European, or the map made in the US — you would have data only on one of the datums. Or you'd have to get maps of at least some regions.

In Windy.app you have both of the most common datums. You can look at the data of the one you are used to or trust more. Or the first one and then the other to compare. This way, you can have more accurate data.

Then What Is the MSL Next to the Datums in the App?

MSL (Mean Sea Level) is not a datum, but the arithmetic mean of hourly sea level for the same 19 years of observation.

It is needed to know what water level was at a certain point during a historical period. It is global data. However, a vast majority of sailors, surfers or fishermen are used to looking at tidal levels relative to the reference level adopted in a region, or datum. In other words, they are more accurate.

MSL was already in Windy.app before the update.

By default, in Windy.app the MLLW is for those with imperial units (feet and inches) and LAT for all others. You can switch it in the settings.

How to Choose Datums and Check Tides in the App?

3. Scroll the screen until "Tidal datum"

4. Choose the one you need. 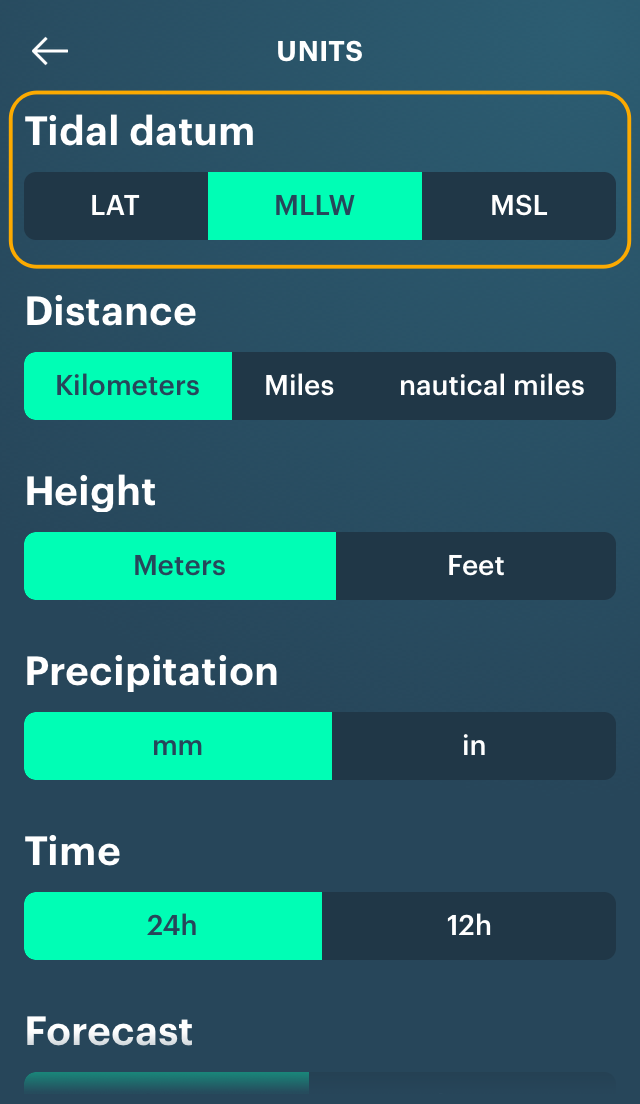 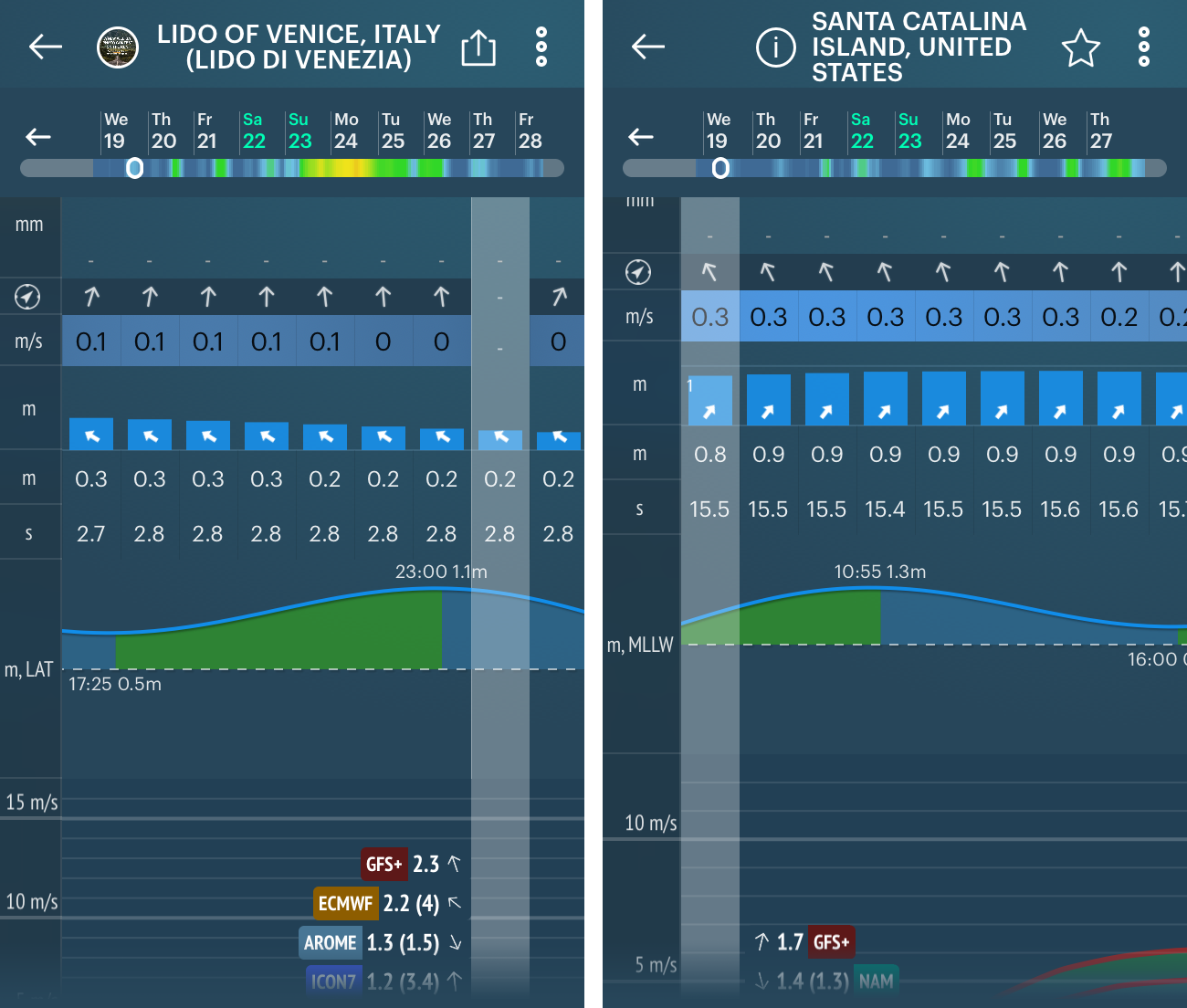 Important: the feature is available from version 8.7 for iOS and 8.2.0 for Android. Update your app to see new tides.