The good air in the weather forecast for today is not just about the comfortable temperature or humidity, but also an Air Quality Index (AQI) that shows you how clean the atmosphere around you in a particular place. It helps you plan your outdoor activities and life in general. This data is also presented on an Air Quality Index map.

From this article, you will learn what is AQI and how to read such a map, as well as where the best and worst air on the planet is.

What is the Air Quality Index definition?

The Air Quality Index is an index for measuring the quality of the air we breathe. In other words, we can use the index to determine how polluted the air is in a particular area of the world: it could the place of your living, your favorite outdoor spot, or travel destination.

The main air pollutants are a whole set of harmful and hazardous substances that we do not see as opposed to some natural phenomena like clouds, rain, or bright sunshine... According to the Environmental Protection Agency (EPA) of the US, the top five air pollutants taken into account to calculate the Air Quality Index are ground-level ozone, particle pollution (or particulate matter, including PM2.5 and PM10), carbon monoxide, sulfur dioxide, nitrogen dioxide. Ozone and particle pollution are two of the most widespread pollutants in the U.S. But there are many more.

The main sources of these bad substances in the air are primarily harmful emissions from all types of liquid fuel vehicles and the amount of them (traffic on the roads), from industrial and agricultural production and other products of human activity. But not only that. Sometimes the nature is to blame. (Fires often arise naturally when certain substances in nature are heated as a result of prolonged dry and hot weather.)

For example, on August 24, 2020, because of smoke from multi-day wildfires in California, the air quality in the San Francisco Bay Area was worse than in the Chinese and Indian capitals of Beijing and New Delhi, respectively, where, as the Air Quality Index map, which we will learn to read further in the article, shows, there is the worst air on the entire planet. 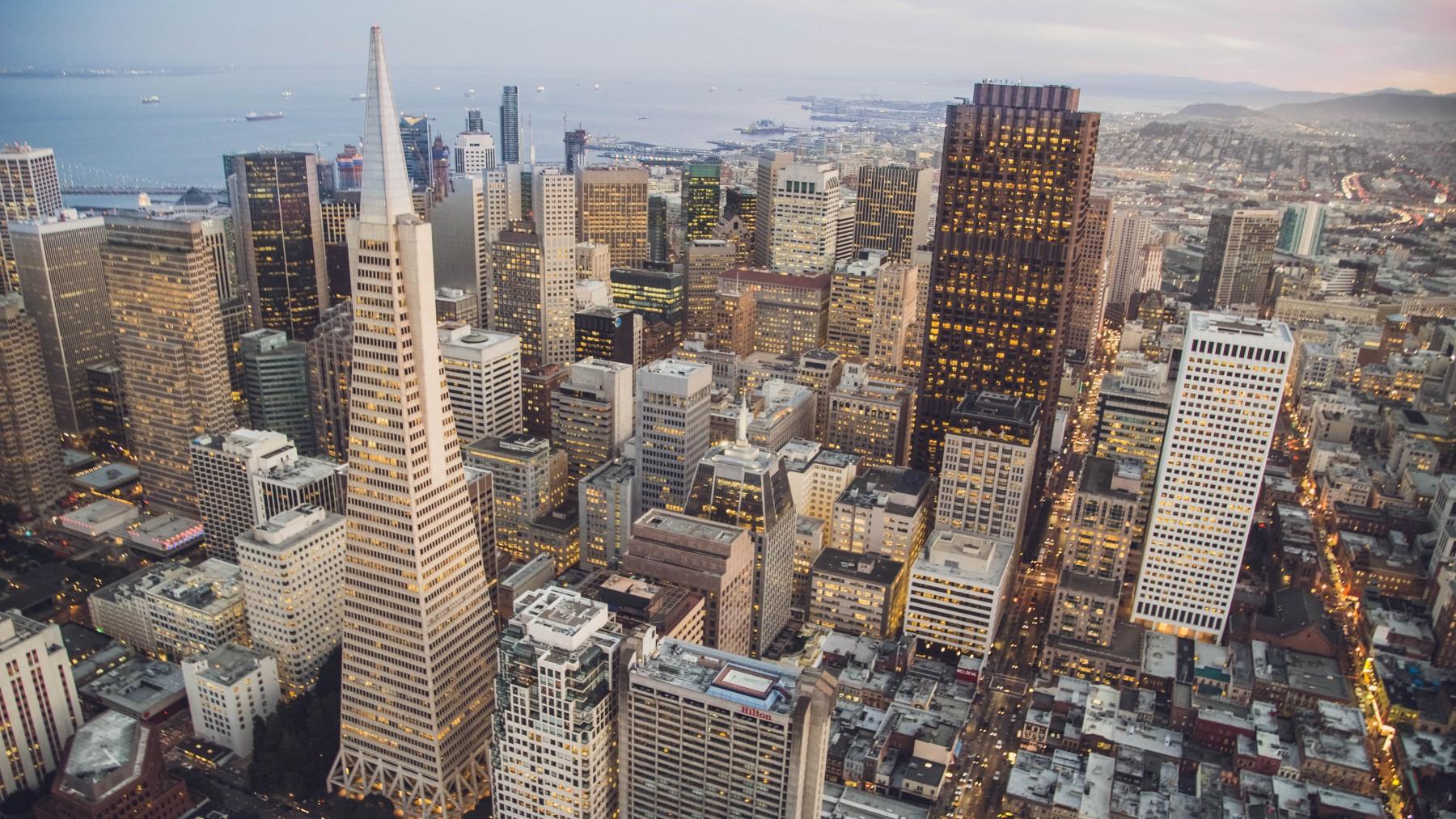 Where is the worst and the best Air Quality Index in the World?

The level of air quality varies in different parts of the planet. Sometimes two neighboring regions or even cities can have different indices. Generally for the same reasons: traffic, manufacturing, etc. On the contrary, the air is cleaner in mountainous areas, on the coasts of seas and lakes, or simply where there is no people living like in deserts for example.

The worst Air Quality Index in the world

According to the information by the World Health Organization (WHO) in 2016 "after the study 3,000 localities in a total of 100 countries between 2008 and 2014", the countries with the worst air quality are located in the Middle East and the Far East as well as in Africa, in particular Riyadh in Saudi Arabia, Bamenda in Cameroon, Baoding in China and Peshawar in Pakistan.

Going back to the United States, we can say that air quality in this country is not the worst in the world, but it is not the best either. In general, the air is more polluted in metropolitan areas, densely populated areas, and industrial zones, regardless of the level of economic development of any given country.

Here's another example from the different part of the world: "On October 30, 2014, European Space Agency astronaut Alexander Gerst tweeted a few photographs of a gray substance hovering over the valley of the Po River in northern Italy, where the world-famous cities like Venice and Verona located, asking if it is a smog or fog". The answer is Both. The Po Valley is one of the most polluted places in Europe because of the several human and natural causes and, more importantly, the combination of both. 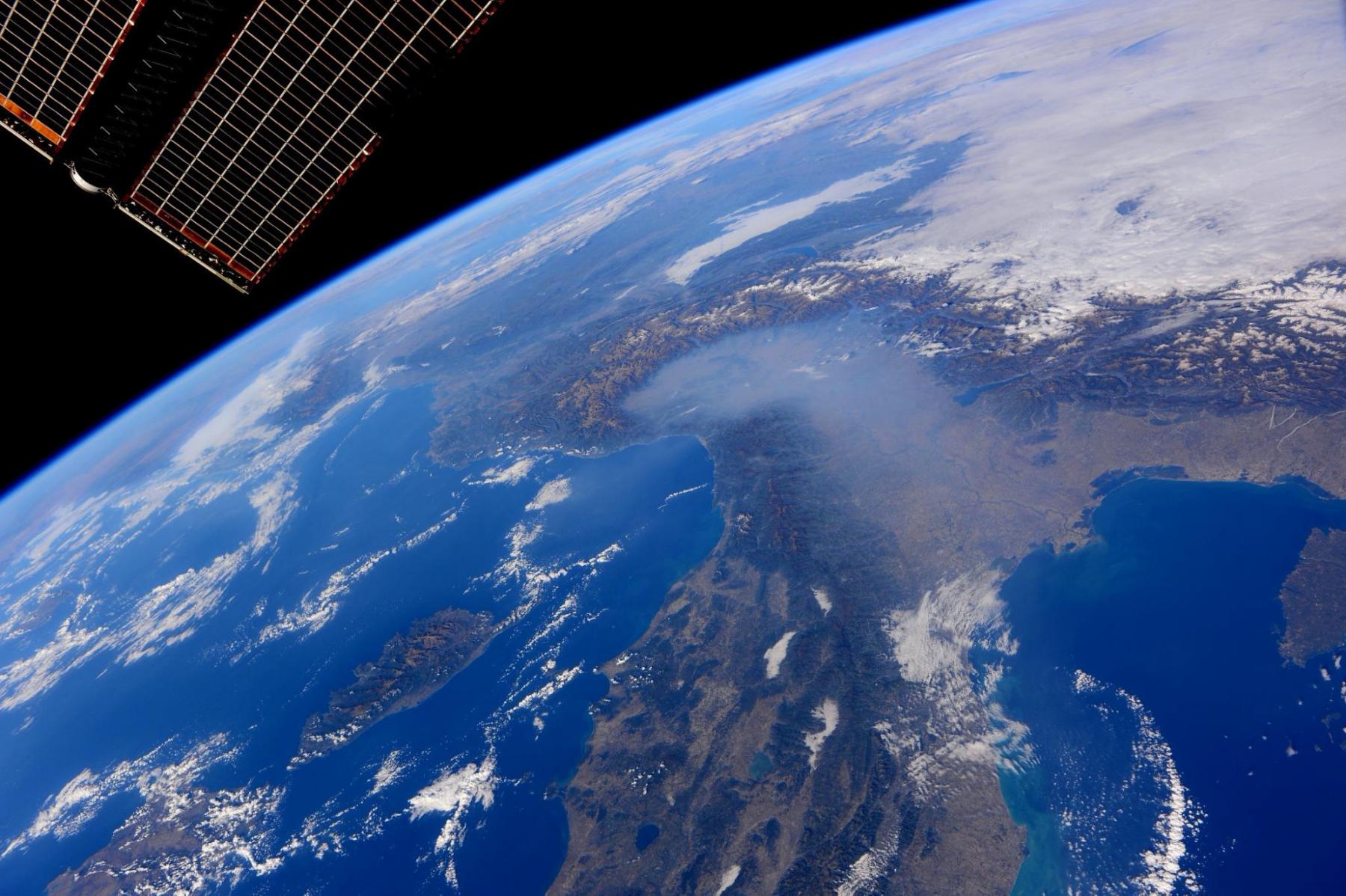 Photo: The smog over the Po River Valley in norther Italy / Alexander Gerst 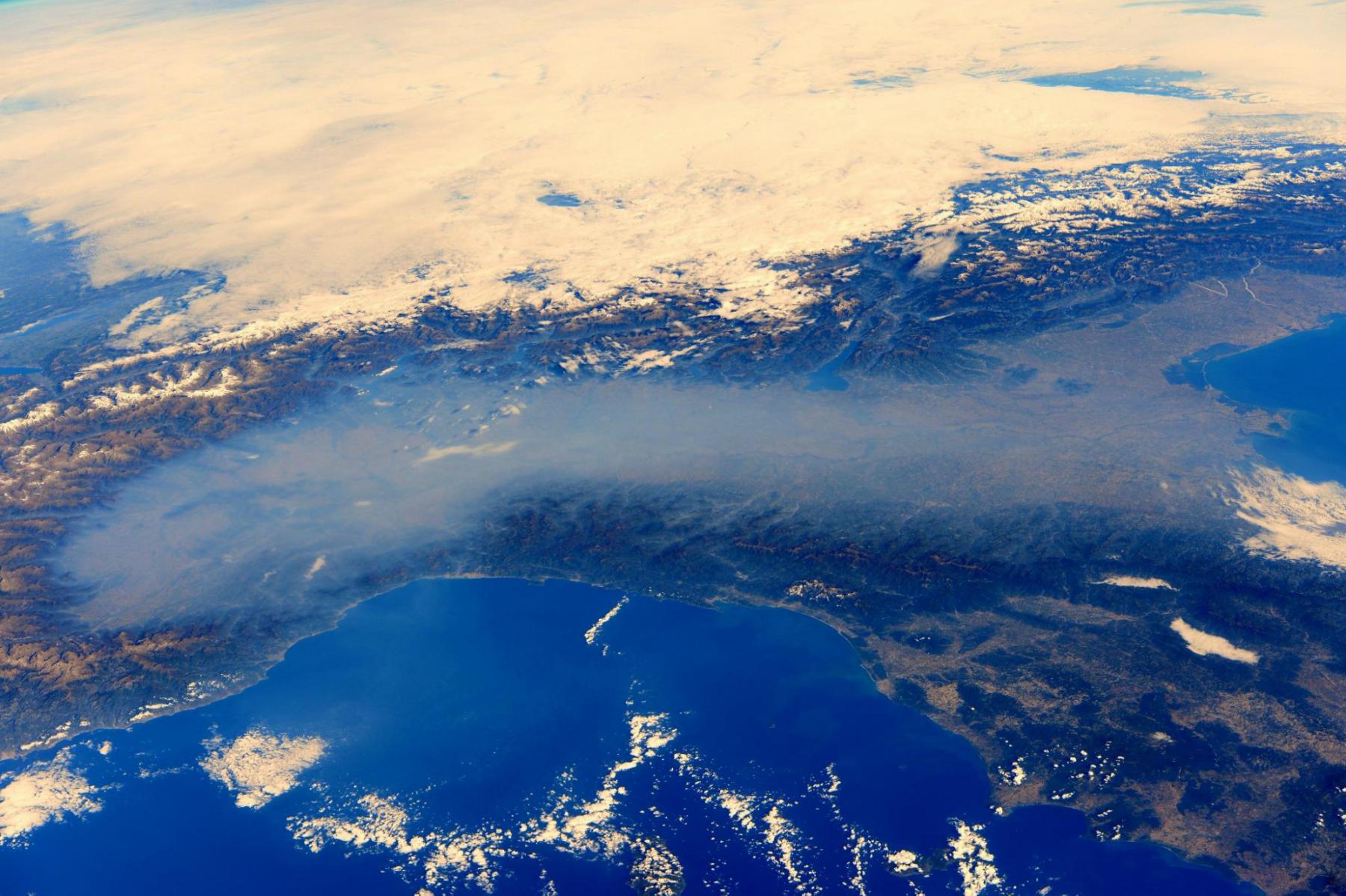 Photo: The smog over the Po Valley from a different angle / Alexander Gerst

Also in Europe, the air is considered heavily polluted in Poland because there is still a lot of coal in the industries, the Netherlands, and the Balkan countries.

The best Air Quality Index in the world

According to the same report from the WHO, the cleanest air in the world is in the following counties: Finland, Sweden, Iceland, and Estonia in Europe, Canada in North America, Australia, and New Zealand in Oceania.

For example, we can learn from the Finnish Meteorological Institute (FMI) that there is a Pallas-Sodankylä Research Station at Sammaltunturi Fell (566 m / 1856 ft) in Pallas-Yllästunturi National Park in Lapland which measures air quality. The measurements from this station, which were published in the WHO report, tells that the air in the park and in the country is recognized as one of the three best in the world. 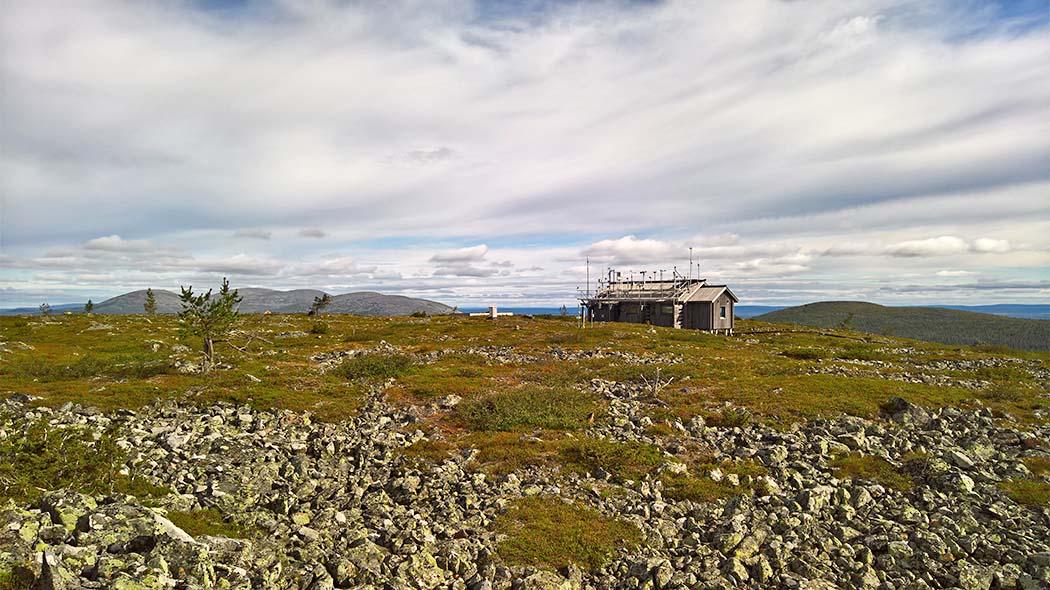 In Europe, the air is also cleaner in France and Portugal, compared to the EU countries.

How is the Air Quality Index calculated?

The Air Quality measurement and calculation is a complicated process.

The first thing to know about it: There is no single index for all countries and territories, unlike, for example, the UV Index, which measures the level of ultraviolet radiation — also harmful to humans in large quantities, and which is accepted as a kind of standard for the whole world thanks to the efforts of the WHO (with some exceptions in some countries).

Therefore, the Air Quality Index is different in each country. Each country measures air quality in its own way. So the AQI forecasts are issued by the particular states and local air quality forecasters across these states. But in general, the calculation and the final look of the indices are similar.

That's how we have the index. It is presented in the two ways: the scale and a map.

How to read Air Quality Index map and a scale?

The Air Quality Index is a scale of several values that can be read by color, numbers, and recommendations.

Let's take again the United States as an example (remember that AQI is different in the differents countries?). The index for this country is developed by the same Environmental Protection Agency of the US, which I have already mentioned above. The scale for the U.S. consists of values from 0 to 300+, as well as colors from green to maroon, where the air quality is defined from good to hazardous:

The air quality is satisfactory. Air pollution gives little or no risk at all.

The air quality is acceptable. But for people sensitive to air pollution, there may be a health risk.

Members of groups sensitive to air pollution may experience health problems. But in general, people are less affected by pollution.

Health warning: everyone is more likely to be exposed to air pollution with very negative health effects. 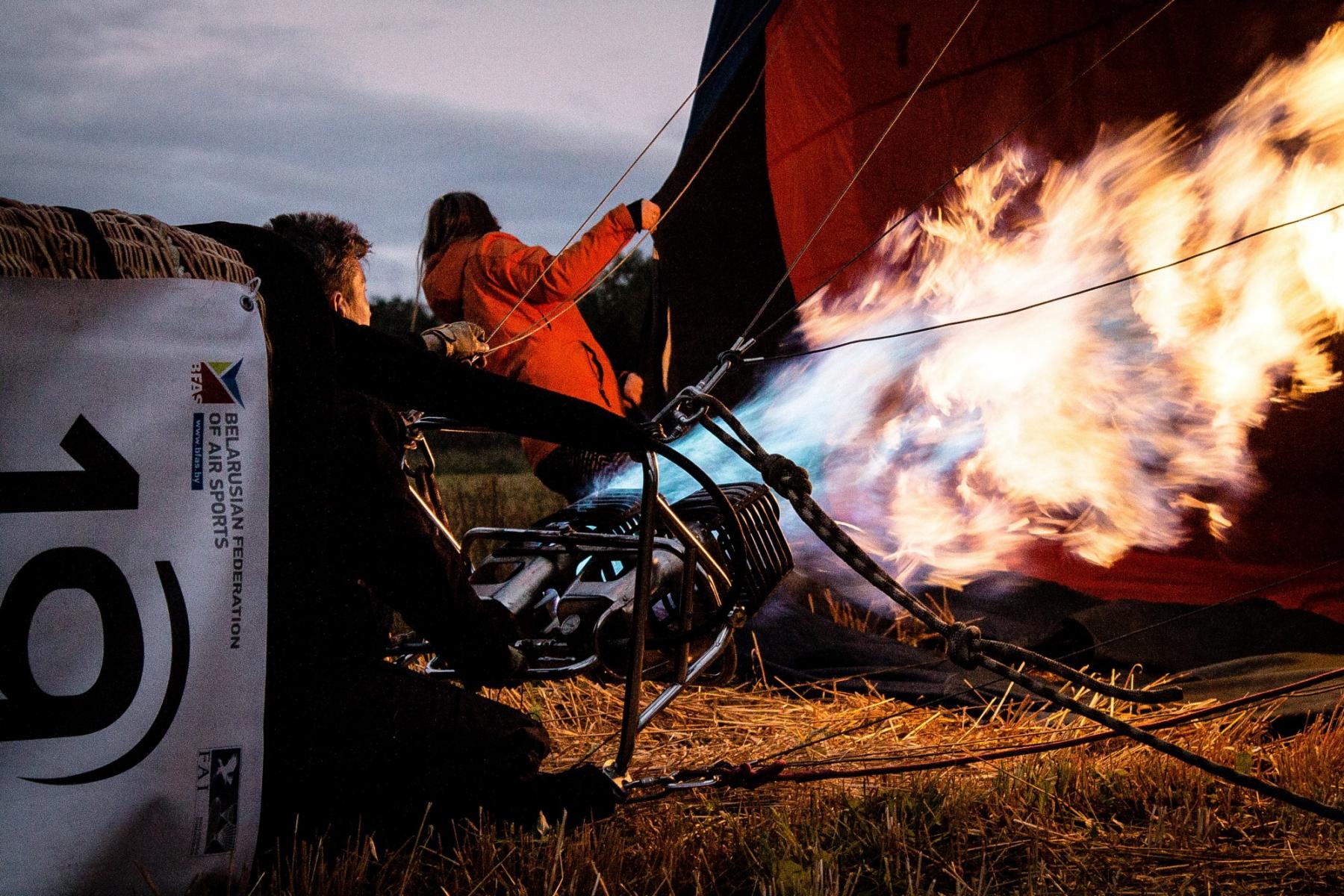 Also, for clarity and as a way to present a large amount of data at once, the AQ index is often presented as a map of a major city, region, country, part of the world, or the world.

The World Air Quality Index map is quite easy to read — it highlights the best and worst air quality areas in the same colors as the scale. The maps (colors) may vary depending on the source of information. For example, this is what the basic general Air Quality Index map looks like for the entire world: 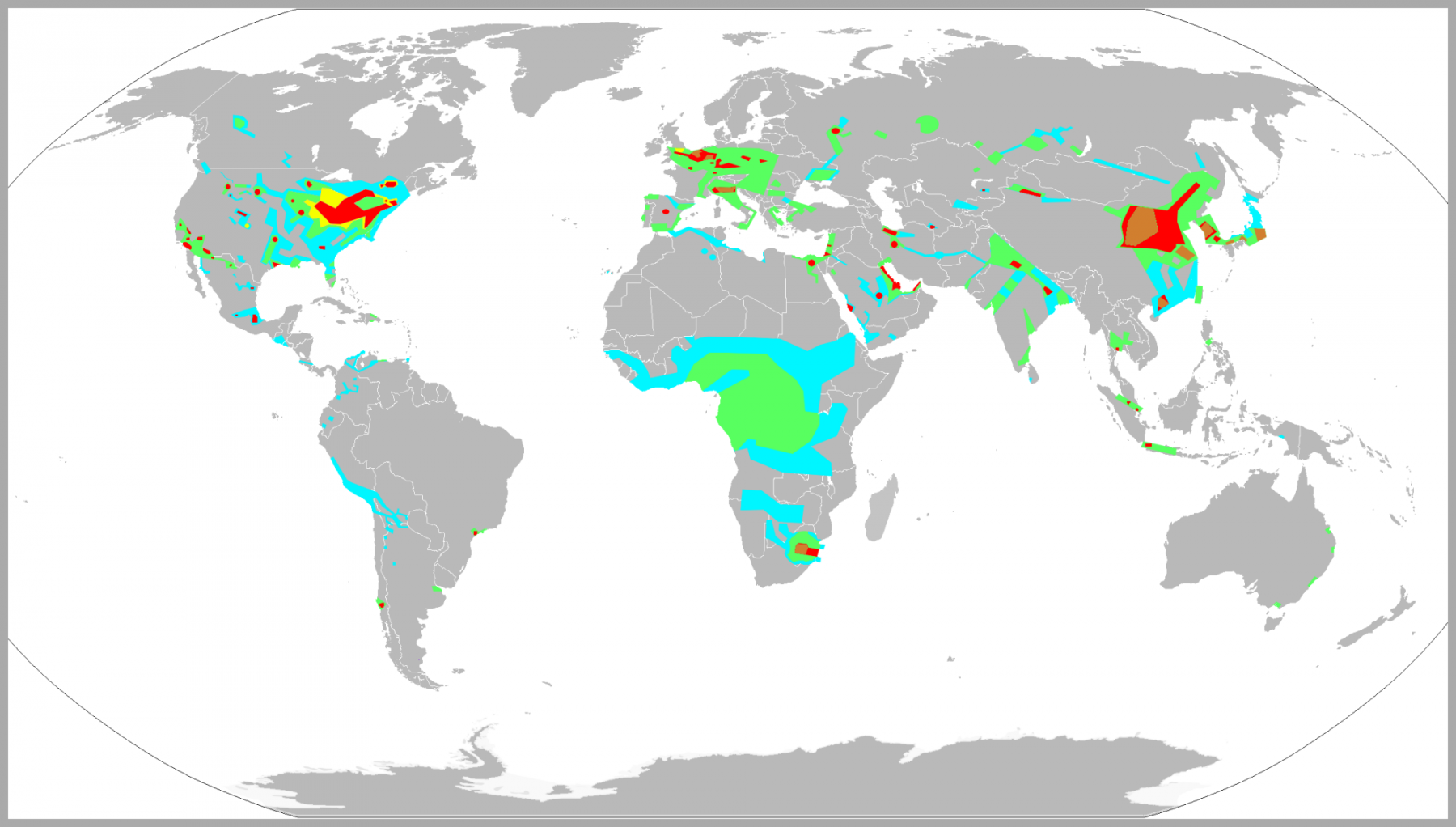 And this one for the US from the same Environmental Protection Agency with an AQI forecast for the day: 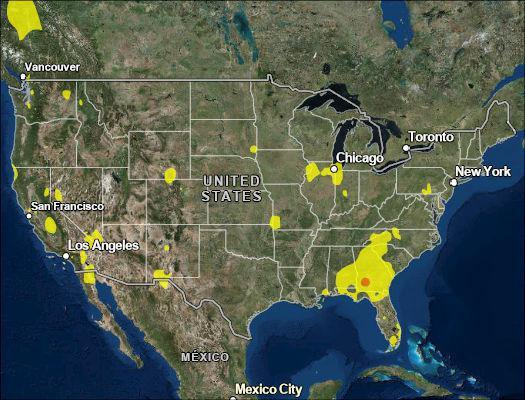 How does the Air Quality Index work for me?

Like a general weather forecast tells you about air temperature, precipitation, wind, and other conditions, and Air Quality Index helps you to plan your outdoor activities in a way to reduce the amount of air pollution.

In the US AQI forecasts usually are issued in the afternoon for the next day. It could be for several days, but because the situation can change, it is better to check the forecast every day.

If the air quality has decreased dramatically in the places where you live or going for outdoor activities, such as the California wildfires of the summer of 2020, postpone the trip to avoid possible health problems. In any case, traveling somewhere during extreme weather or a natural disaster is not a good idea.

What to do if you live in a place with consistently poor air quality — whether it's a metropolis, an industrial area, or the Po Valley in Italy? Consider moving to regions where the situation is better. Constantly living in a region with bad air can have a negative impact on your health in the long run.

Learn more about AQI and health from this manual by the EPA agency.

Where to find the Air Quality Index map in Windy.app?

1. Download the app from the App Store for iOS or from Google Play for Android. 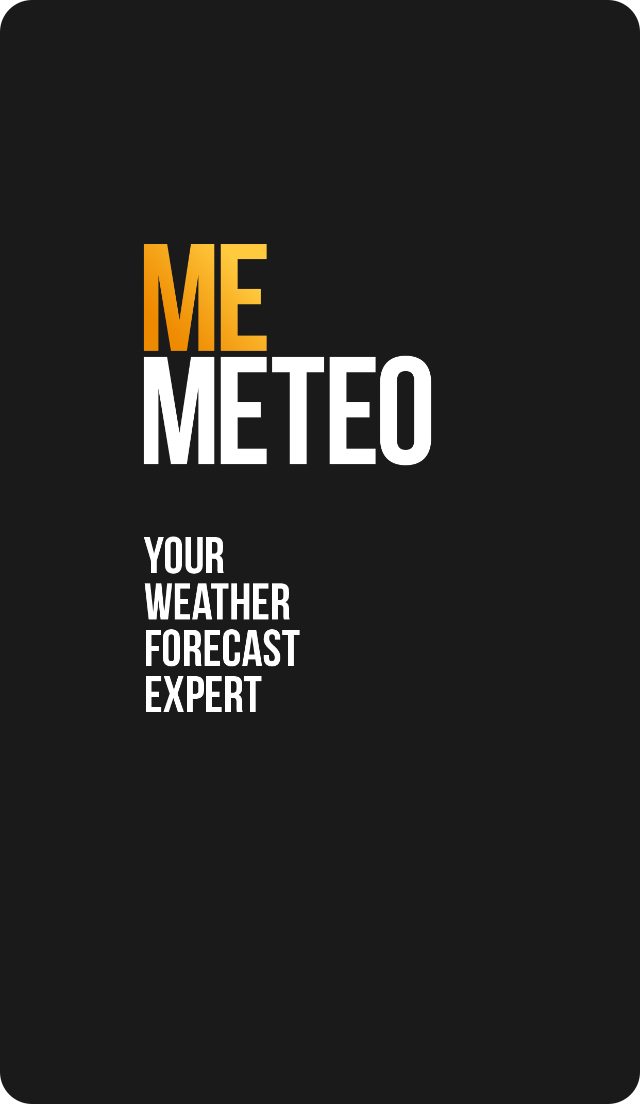 2. Open the app, click on the Main Menu bar in the upper left corner and search for the location in the Search or on the Map. For example, in San Francisco.

3. The Air Quality Index is right on the location screen. It is the index for today. On the screen, it snows 36, so it is good AQI, not dangerous. Save the place to favorites by the star icon. 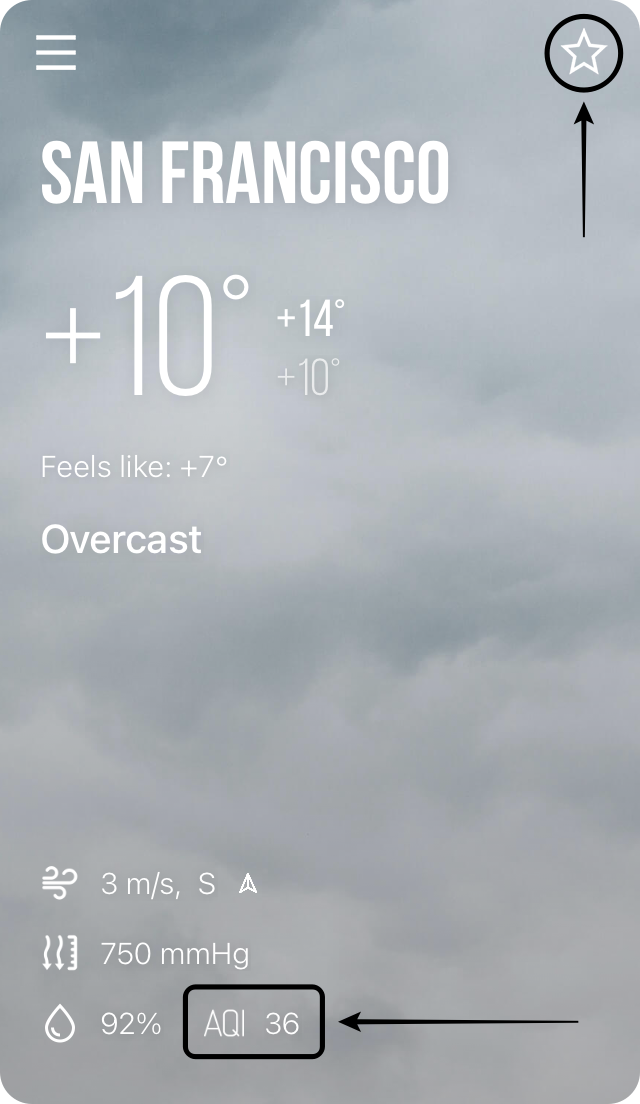 4. Scroll down the page to get AQI for the next two days. Here it is represented as a graph. The first one is the AQI for yesterday, so you can have this data to see how the index is changing. 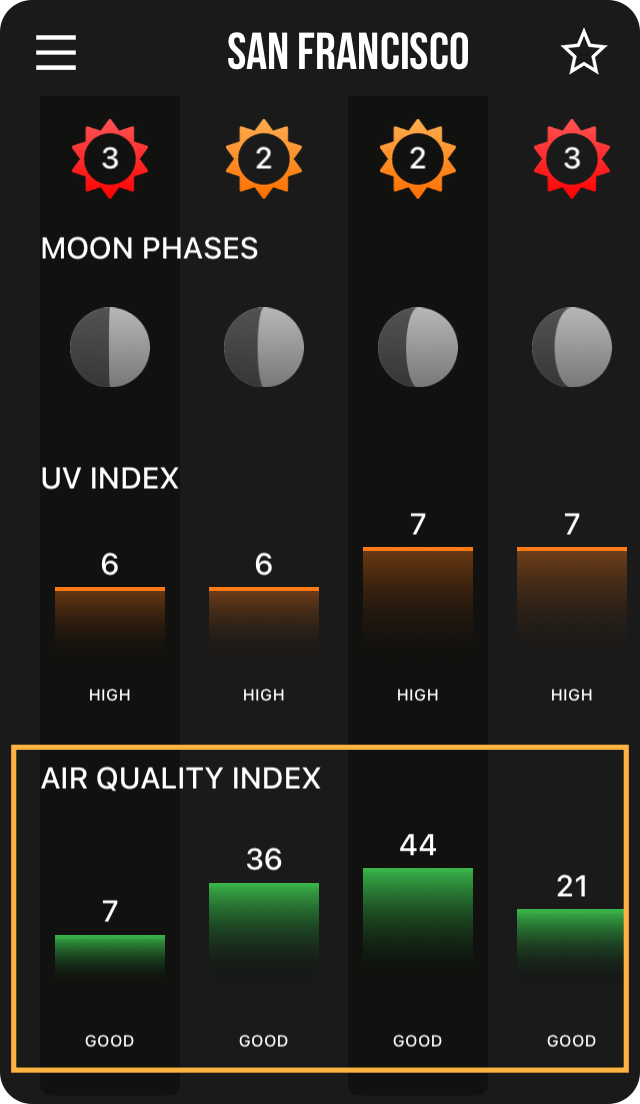 5. Go back again to see the forecast for the month. For this, you will need to activate MeMeteo Pro version.