So you have been planning to try yachting for too long already, and there is no way to delay it anymore. If you already have a yacht, good for you. But what do all these “fresh gale”, “moderate breeze”, and “violent storm” mean?

These terms were created and described by navy officer Beaufort in a special scale.

Today the Beaufort scale is no longer used, because there are modern and more objective tools for meteorological measurements, like anemometers and the Doppler radars.

However, you can still come across it in weather forecasts, especially for sailing, and weather warnings. For some people, this scale is still a working scale. It is also may be still used for estimating wind characteristics over a large sea when there are no other wind instruments.

In this article, we’re going to learn about the Beaufort scale and its appliance. But first let's start with the wind, its harms, and benefits.

What is the Beaufort scale definition?

The Beaufort wild scale relates wind speed to observed conditions at sea or on land. In other words, wind speed and strength are not measured by specific instruments, but by human visual observation. The scale was used before the advent of modern wind instruments.

Some interesting facts about the scale's history:

Since that time, different people have made different changes to the Beaufort scale. For instance, in the 20th century, the measures were altered to improve its utility for meteorologists.

The formula for calculating wind on the Beaufort wind force scale is the following: v = 0.836 B3/2 m/s. Where: 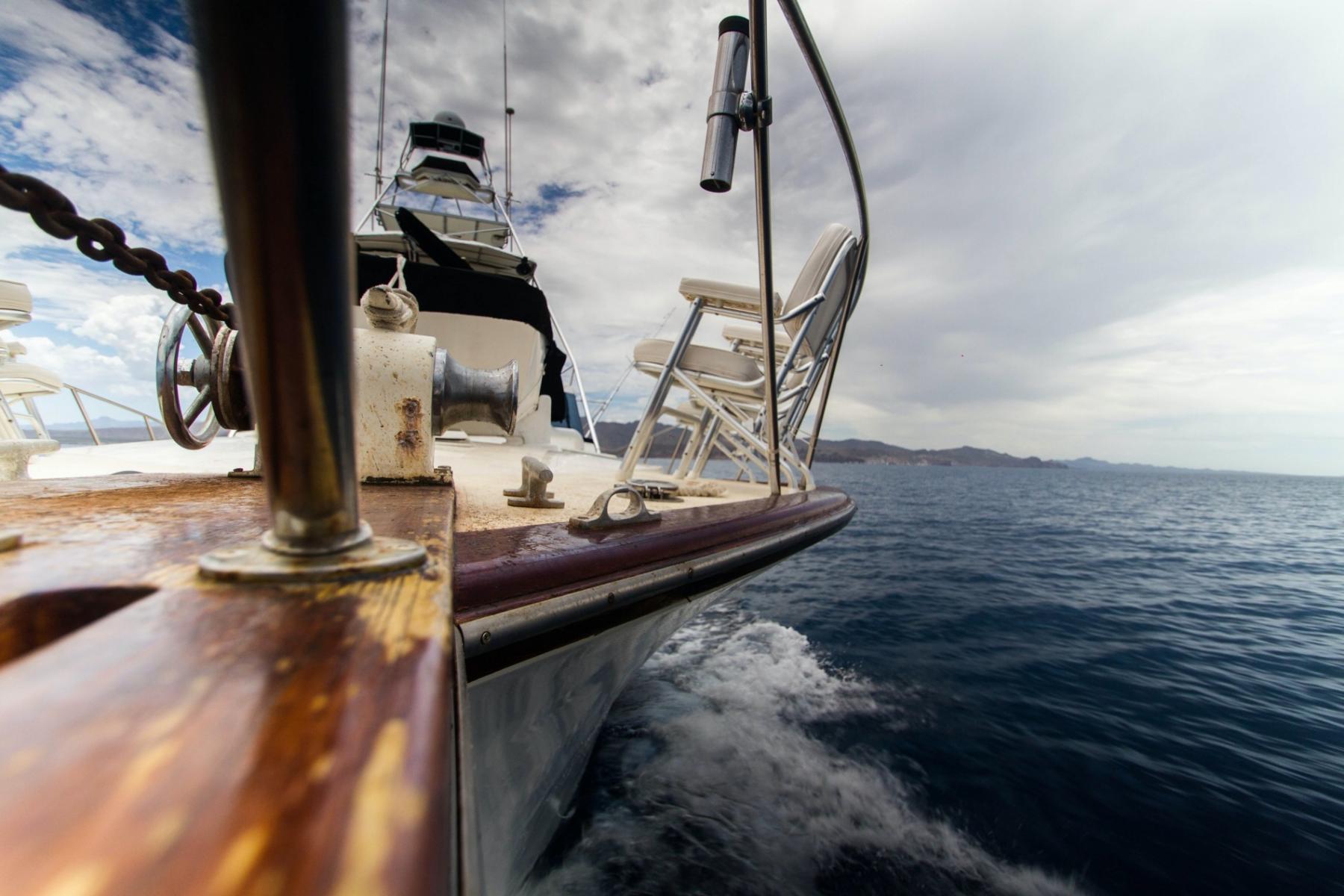 How to read the Beaufort scale chart?

If you have exact data about wind speed, you can connect it with the Beaufort scale number using the following chart, where you see Beaufort number from 0 to 12 and wind description in the beginning, then — water and land conditions. 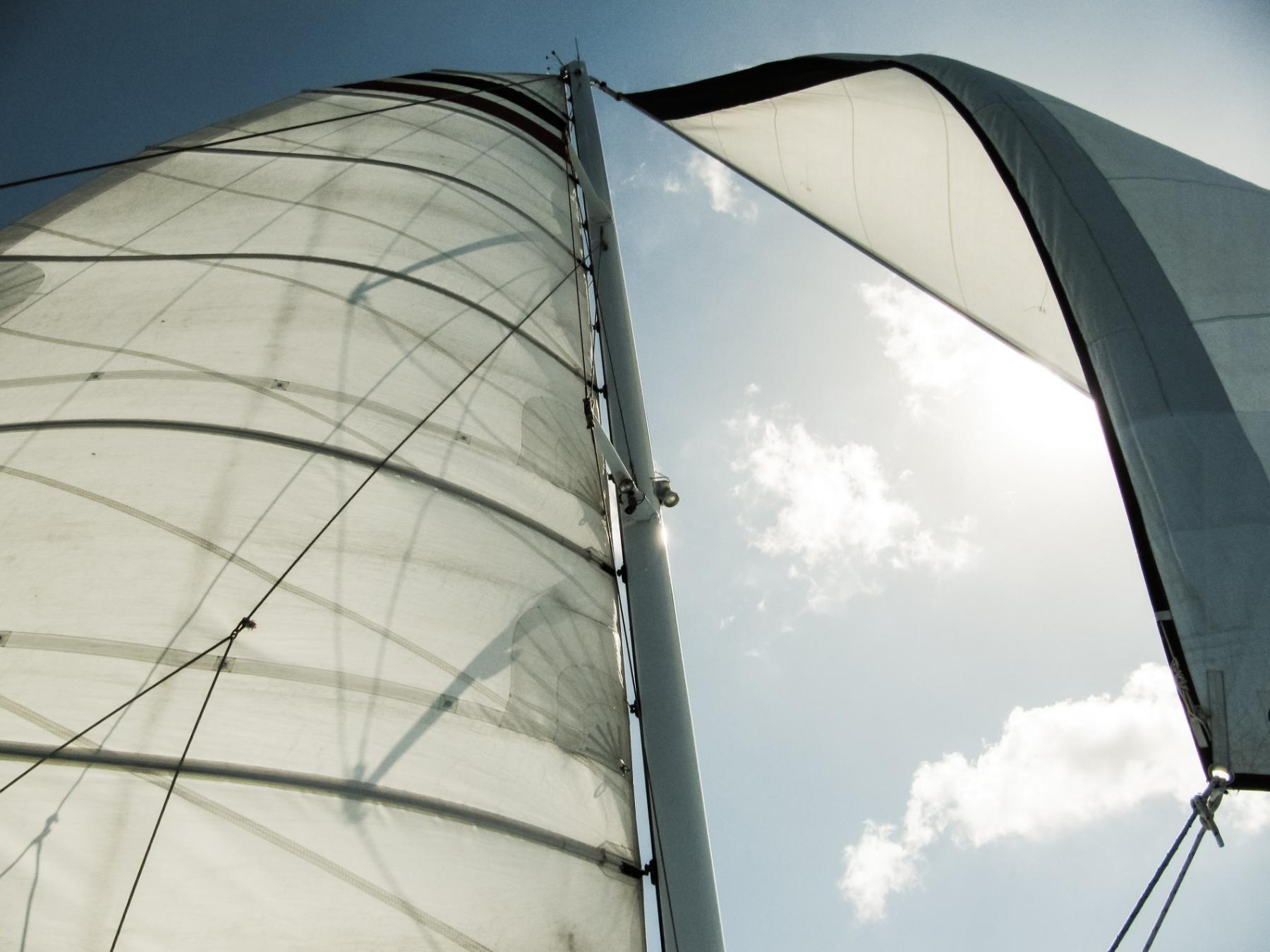 As the scale is based on visual and subjective observation, in different countries people still alter it to make it more useful for their particular region and specific weather conditions. For example:

Where to find Beaufort scale and wind speed forecast in the Windy.app?

Windy.app is a wind application, so the wind data is the main weather data. You can find it everywhere in the app, we even did the math — there are 35 different ways, of which the two main ones are:

1. On the wind map, where you can see a general wind pattern for the entire world or any point on the map — just click on the screen: 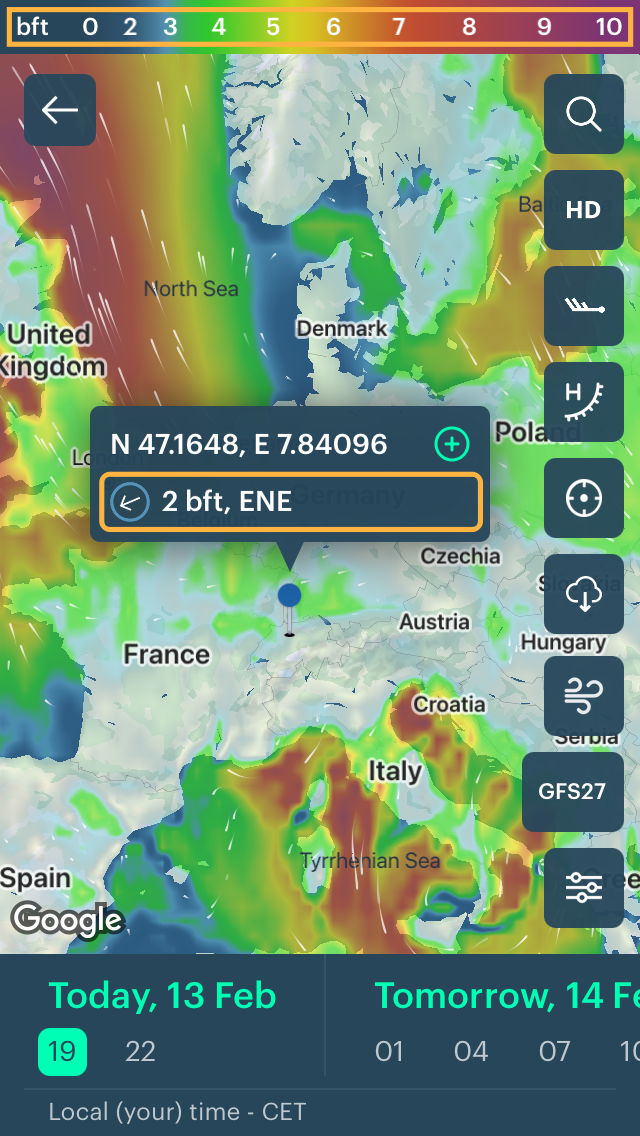 2. On a specific spot, where there is more data and it is more detailed. Sports also have weather profiles for specific sports: 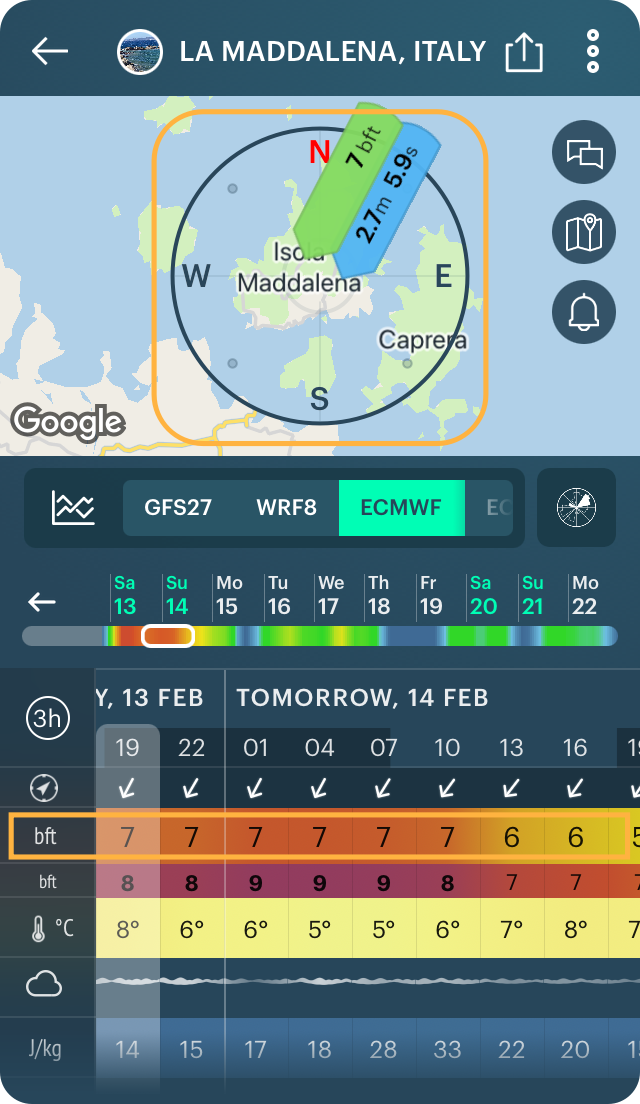 3. On the Home screen: to see a Weather widget like this for all of your favorite spots, activate it go to the Main menu bar > Settings > Units > Favorite spots. 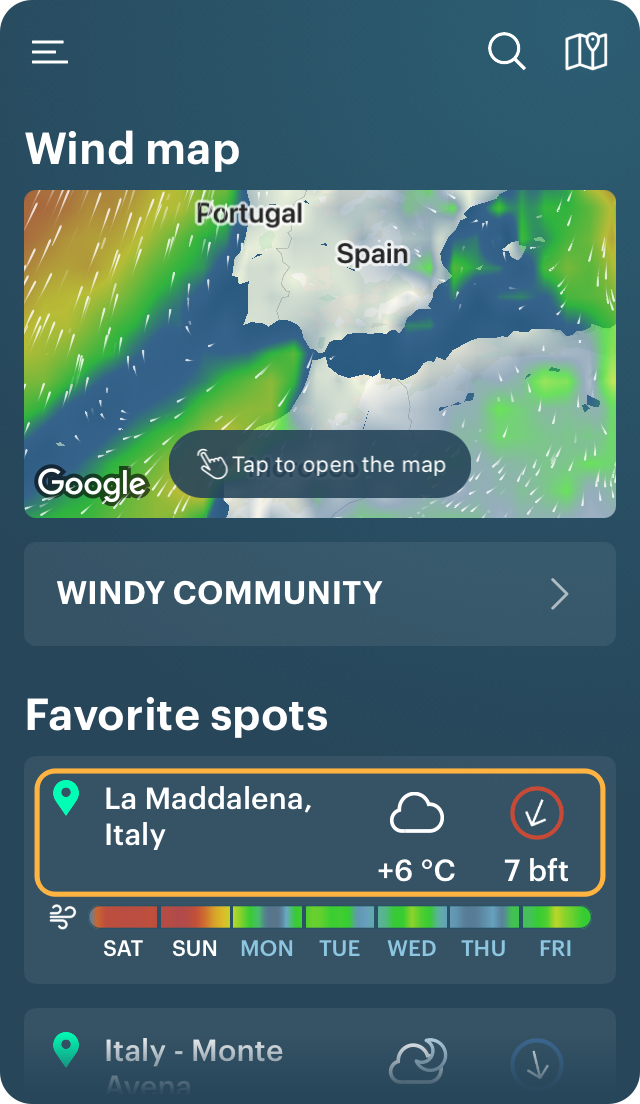 Finally, to see wind speed and strength on the Beaufort scale, from the Home screen, go to the same Units screen: 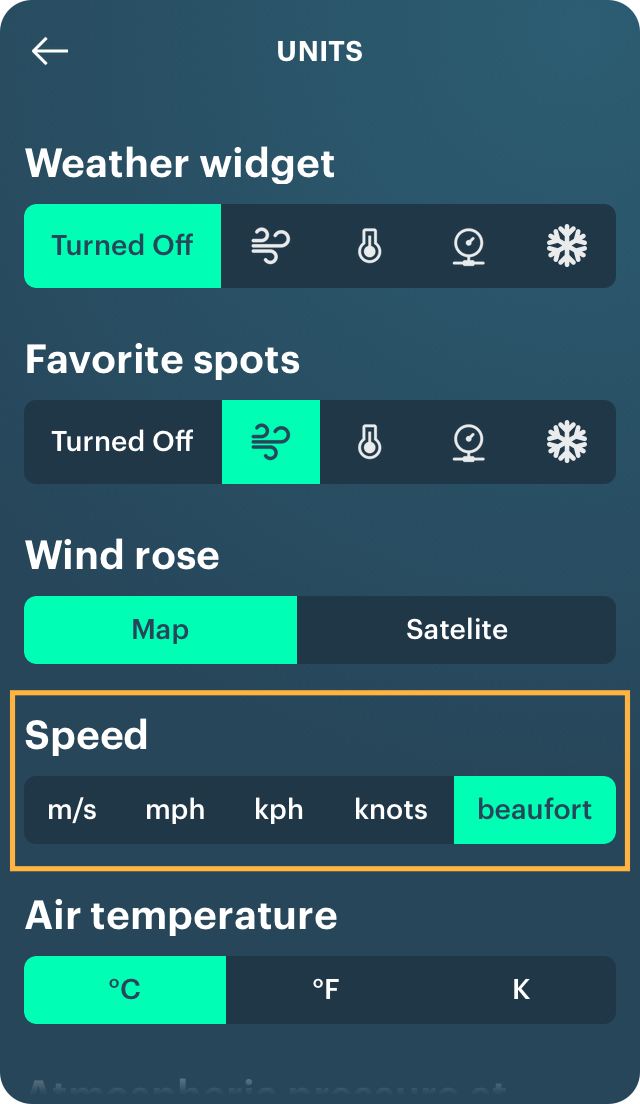 Now all wind data throughout the app will be displayed in beauforts rather than in meters in seconds and other values. To remove it, go back to the Settings.

Don't forget that you can see Wind speed map of the world right on this website.

Text: Irina Artemova, an author from Saint Petersburg, Russia. Her favorite sports are surfing and yoga.

How to make the most out of the Wind map

What is trade winds