In weather forecast apps or websites, we can see a live weather map — when drawn clouds move on the territory. But how is it possible?

Data for these animated maps is obtained from weather radars located all around the world. These radars help to predict rain and snow, and other precipitation, but also wind and extreme weather such as thunderstorms or tornadoes.

Let's take a closer look at what is weather radar, what they are for, how such radars work, and more.

The definition of weather radars and their purpose

A weather radar is modern meteorological equipment. They are used to determine the location of water-bearing clouds and their trajectory, so they are indispensable for predicting heavy rains, thunderstorms, tornadoes, snowfalls, and other types of dangerous weather.

Weather radars can help measure wind speed, too. Wind radars help to detect tornadoes and accurately calculate when bad weather gets to a particular city or region. It also allows you to observe the devastating path of storms.

The name "radar" appeared in the early 1940s. It is formed from the abbreviation RADAR — Radio Detection And Ranging. The first weather radars appeared in the 1950s in the United States and Canada.

Typical radar is a four-story building size. There is a huge ball at the top of the radar — this is a shelter for the antenna that is inside. Its radius of action in the atmosphere is on average 200—250 kilometers. There is usually a small building near the radar, where employees monitor the health and operation of the radar. In general, if you see such a thing in a field — do not be alarmed, this is not an alien base.

The radar itself consists of the following main components:

So the interactive radar is crucial to making accurate real-time “now cast” weather forecasts of precipitation.

The data from live weather radars is used for daily monitoring not only in potentially dangerous regions but also around the world by government organizations, that collect and process meteorological data in their forecasts and research. Some examples: US National Oceanic and Atmospheric Administration (NOAA), Met Office UK, Meteorological Service of Canada. There are also private services.

Based on this data, rescue and meteorological services in different countries inform the population about the necessary precautions.

Radar data is extremely important to ensure safety in settlements and industrial plants (such as hydropower plants) and to prevent property damage from extreme weather.

But it is important to keep in mind that although all services use data from the same radars and weather stations, their weather forecasts may differ. This is due to the fact that different services may use different meteorological models and calculation systems. 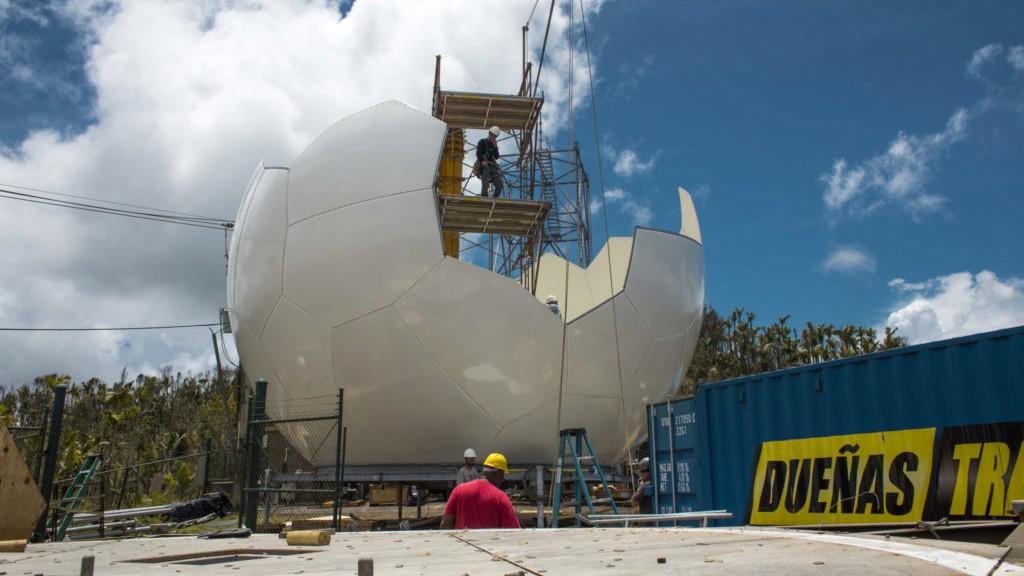 The main types of weather radars

There are a few different types of radars with their own characteristics, but the main one is Doppler weather radars also called Pulse-Doppler radars. All modern radars are mostly Dopplers.

Why such a name? These radars are based on a Doppler effect, named after the Austrian physicist Christian Doppler, who described it in 1842. It consists in the fact that if the distance between the source of waves (radar) and the object from which the waves are reflected (drops in the atmosphere) changes, then the frequency of the reflected waves also changes. It is on the basis of these changes that it is possible to calculate not only the distance from the radar to thunderclouds or tornadoes but the direction and speed of bad weather movement.

We often see the Doppler effect in our lives. For example, when an ambulance approaches us, we hear the siren sound louder and louder. And the faster the volume rises, the faster the car goes.

Live Doppler radars have been used for over 30 years in the study of thunderstorms and wind. And now they are widely used for operational weather radar systems. Modern equipment can determine not only the existence and location of atmospheric objects but also their speed. More importantly, Doppler radars can remove reflections from the earth's surface that interfere with research. 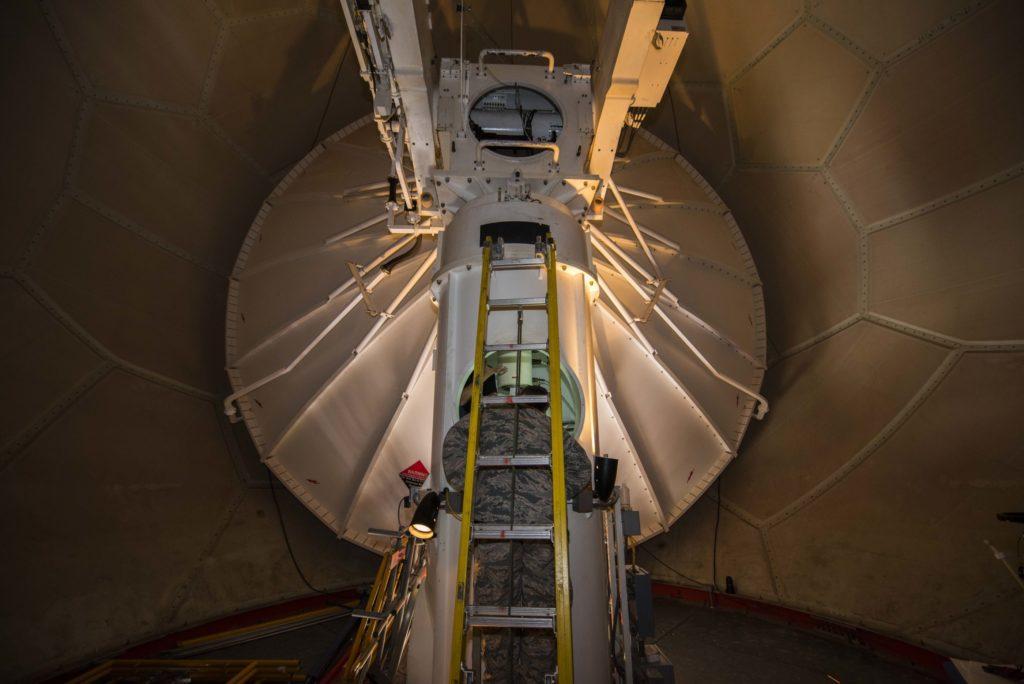 Working principles and the main features of weather radars

Doppler and all other weather radars work on the principle of reflection, or echo:

The radars send out very strong signals but receive back weak ones. This is because the signal travels back and forth. As if getting tired along the way and losing some of the energy.

The difference in the power and speed of these pulses makes it possible to determine the position in space, speed, density, and other physical parameters of an obstacle, for example, and airplane or a thundercloud.

In addition, raindrops or snowflakes are very small, constantly moving, and therefore do not reflect signals very well. Therefore, an important requirement for the location of weather radars is their remoteness from anthropogenic electronic noise and interference.

The сoverage area of one radar is about 300 km, so it is not the fact that the radar will get its coverage on the area you are interested in.

The weather radar updates very quickly — once every 5–15 minutes, depending on the type of radar. 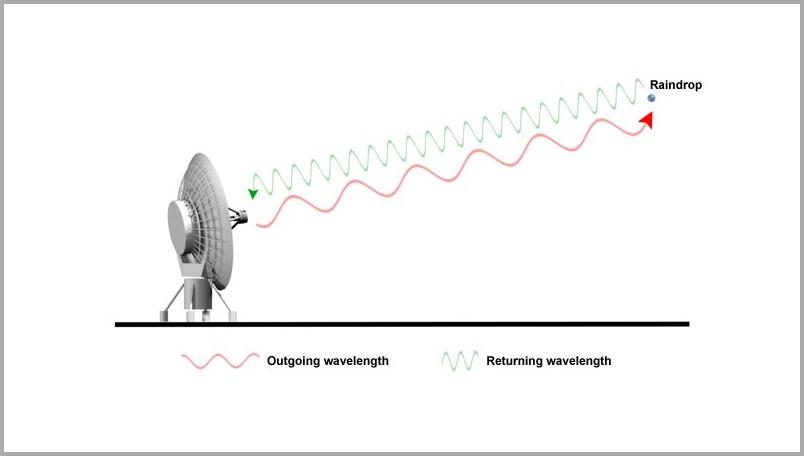 Among all the benefits that radars bring, they have a number of significant limitations that make it impossible to get weather data the way we would like it to be:

1. The data from weather national radars can be not very accurate due to interference. It can happen because the objects that reflect the radio beams are very small.

2. The requirements for the location of radars are very strict. Nothing should interfere with signal transmission.

For the accurate operation of the radars, it is important that neither high buildings nor elevations of the terrain are within the radius of their action. The mountainous terrain makes it impossible to scan along the underlying surface. Large buildings located near the radar also affect the accuracy of radar measurements —  they cause a shading effect.

Separately, we note the interference from wind farms. One study showed that the impact of a single wind turbine on Doppler radar performance is significant, even at distances of several tens of kilometers. For example, at distances less than 10 km, all radar data contain errors in all azimuths, even at an angle of 180° relative to the sector in which the wind farm is located. Therefore, the effect of wind turbines on the weather radar's reception of reflected signals cannot be neglected.

3. The national weather radar is very expensive to build and maintain. Not every country has the resources and territory to maintain a whole network of radars. 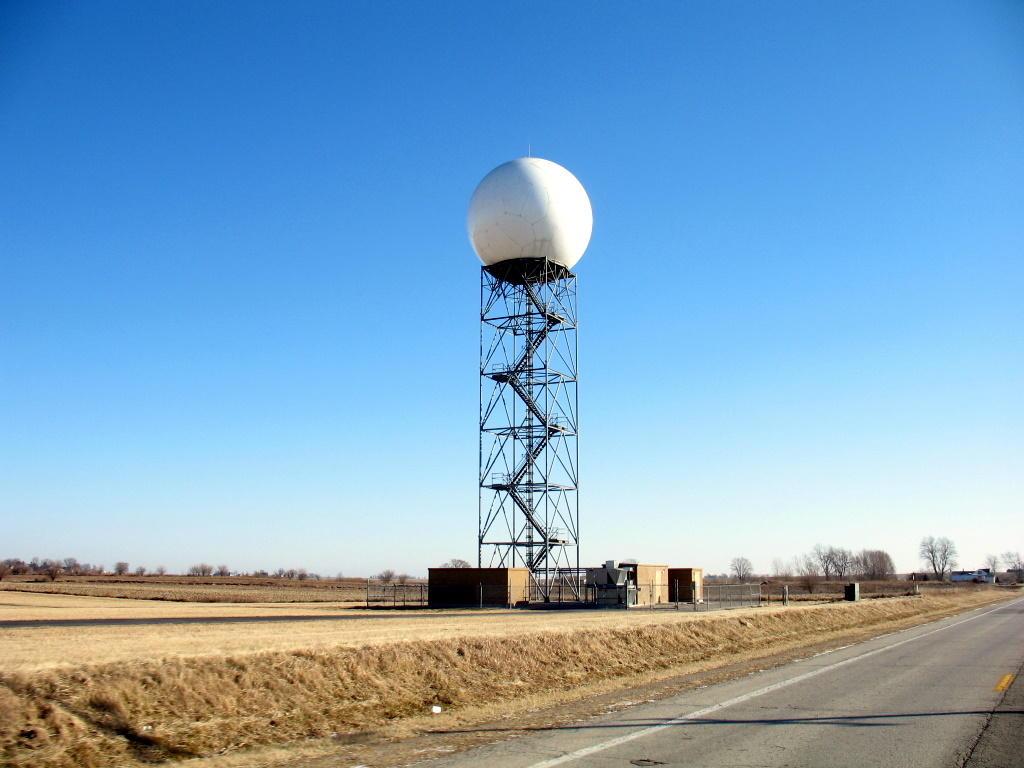 In order to obtain the most accurate local radar weather data, radars need to be networked.They are combined into local and national radar networks, located relatively evenly over the territory.

These networks operate around the clock and cover large areas such as countries or parts of a continent with little latency, almost in real-time. This enables early warning of hazardous meteorological phenomena. As the distance from the radar increases, the radar beam moves away from the ground and becomes wider. This leads to a decrease in the accuracy of observations.

The world's largest local radar network, NEXRAD, is based in the United States and has 160 Doppler radars. The NEXRAD system provides uninterrupted coverage for almost the entire United States, with the exception of the western regions of the country. Check this network if you look for "weather radar near me" in the United States.

Or, for example, in Russia, there are 36 such radars according to Meteorad.ru. Two of them are located in Moscow — at Vnukovo and Sheremetyevo airports. Naturally, the only radars for the entire Russian capital are located at airports — it is very important for aviation to quickly receive up-to-date data. 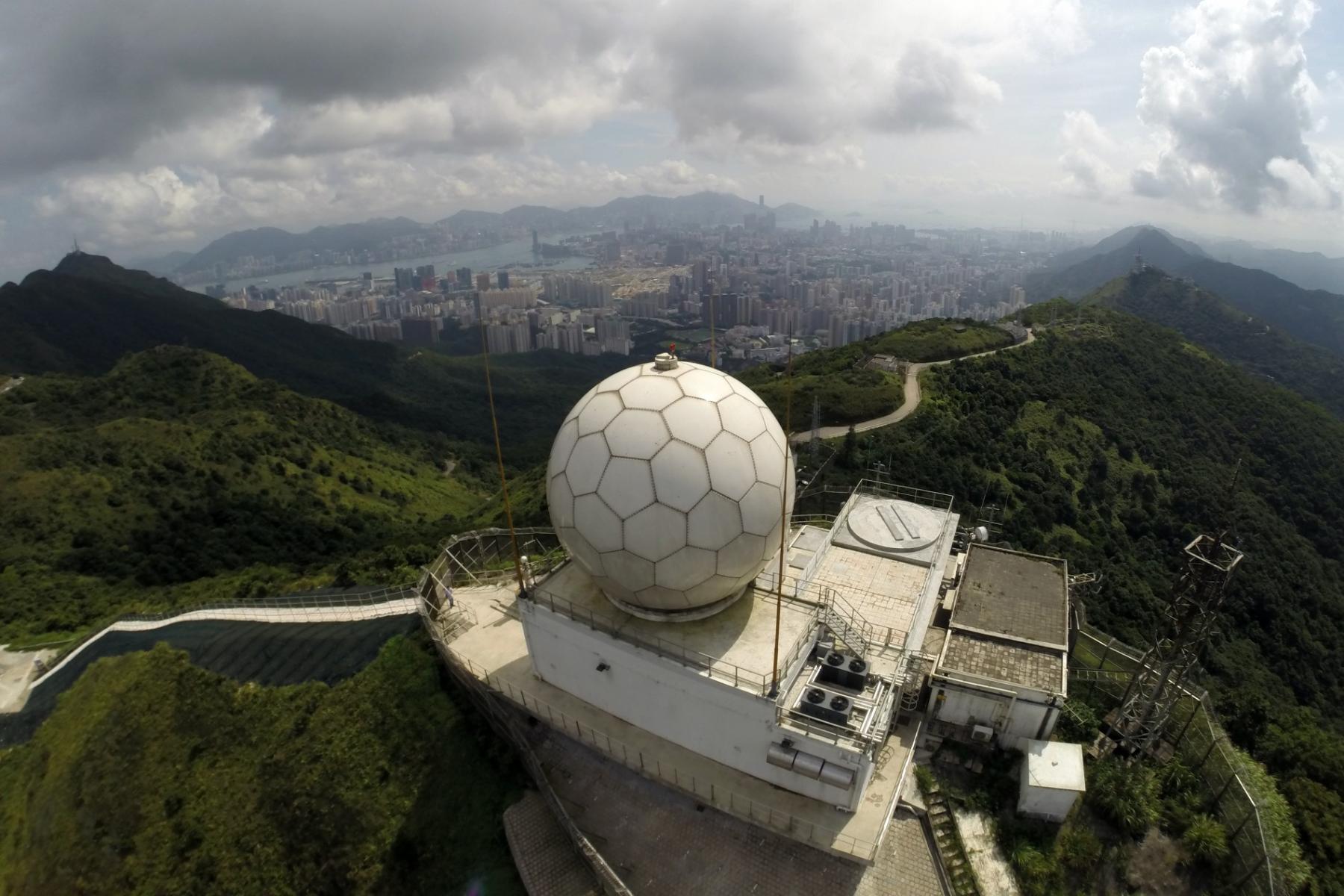 A live weather radar map is processed radar data in real-time (in fact with a slight delay), displayed electronically on the map. Areas of precipitation, marked with different colors, move on this map.

Previously, weather forecasts, including radar data, were tabulated. This is not convenient, especially for comparing forecasts for different territories. Imagine, first you need to open the tab of one city, view the data, remember, close, and then open the tab of another city and do the same.

Live weather maps make it much easier to compare forecasts and track the movement of weather phenomena. For example, it is easy to see on a map how a hurricane will move, which regions it will affect, and which will be bypassed — which is difficult to determine from tables and graphs. 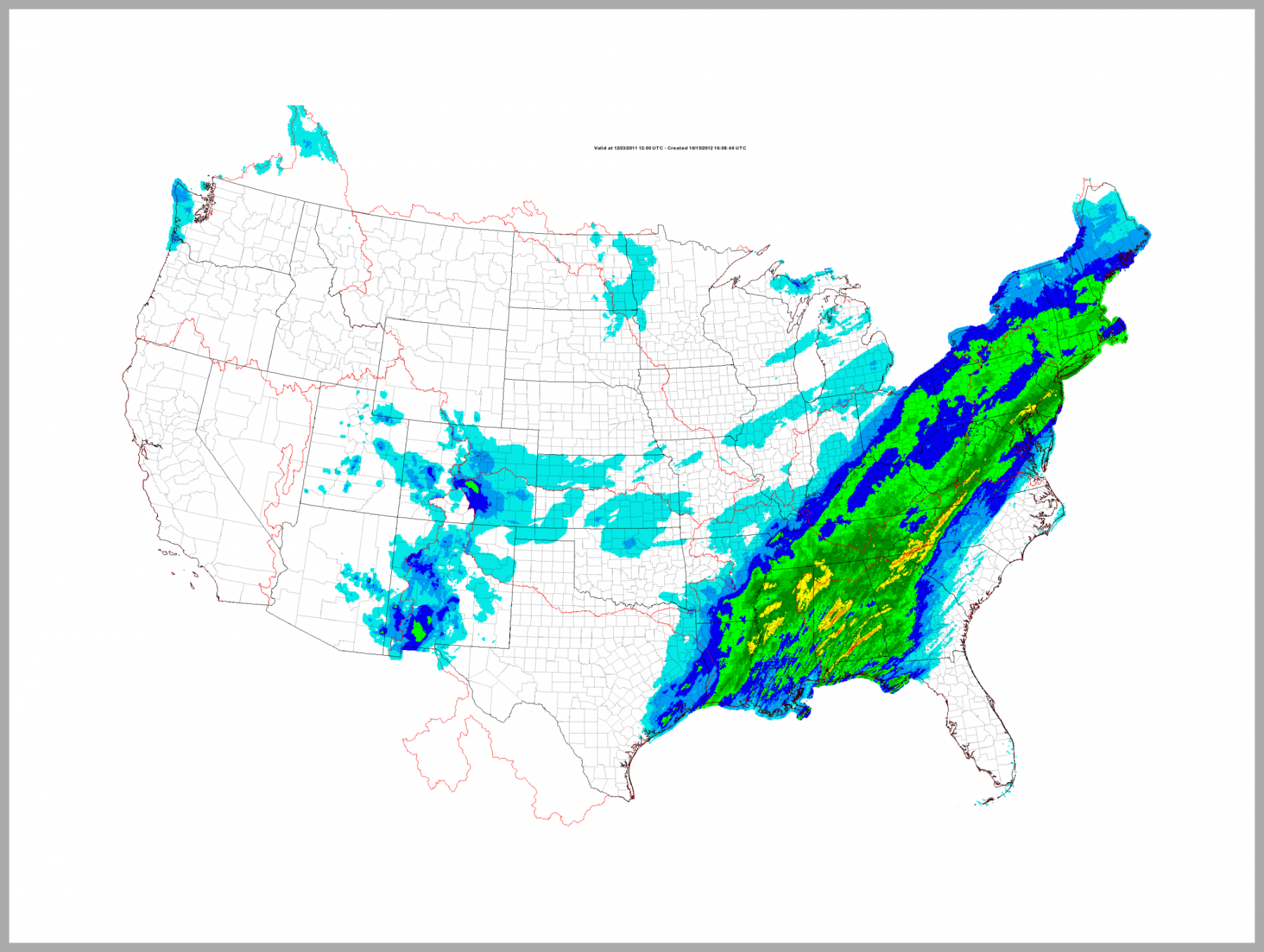 How to read weather radar map

We are working on this feature in the Windy.app. At this moment, you could find radars in our second mobile application for general weather forecasting — MeMeteo. The app is also available for both iOS and Android.

The real-time weather radar map in the MeMeteo shows precipitation: its intensity and movement over time. They are depicted as areas with fuzzy boundaries in blue colors. At the bottom of the screen there is a scale, which reflects what color indicates:

Also, there is a time-scale: you can move it and see how and where the clouds will move in the next few hours.

If you want to know how the situation with precipitation in a particular place will change in the near future, click on its geolocation and you will see a forecast for 30 minutes, 1 or 2 hours.

This is a very handy feature, especially if you are on a hike, go fishing, or plan outdoor activities for the day. And in the mountains, it is crucial to know a detailed forecast of precipitation of dangerous weather.

You can get current weather radar data in MeMeteo Pro version.

How to read a weather map like an expert?

Why do cyclones rotate counterclockwise

What are weather buoys?

What are weather stations?

What are weather satellites?