What are weather buoys and where they are applied

Weather buoys are one of several primary weather instruments for collecting data about the atmosphere, ocean, and other features of the Earth. Without them, modern meteorology since about the second half of the 20th century would not be what we know it today, so the quality of weather forecasts would also be lower. In this article, we’ll explore what weather buoys are and how they work.

Weather buoys are the next most common type of weather instruments after weather stations, weather satellites, and weather radars.

But they appeared earlier than satellites and radars, and are still the main tool for collecting data on the state of the ocean, because, as the name implies, a buoy is placed on the water. It can be either the ocean itself, the sea, a bay, or a large lake. For example, there is a NOMAD weather buoy, designed to operate in extreme conditions near the US coast and on the Great Lakes.

The buoys also collect data on the atmosphere, the earth’s geomagnetism, and more. So it can be also called a "water weather station".

The main types of weather buoys

There are two main types of weather buoys, depending on their construction, or rather how they are “attached” to the ocean: moored buoys and drifting buoys. This or that type of buoy or a mixture of buoys are also combined in networks to collect more data. 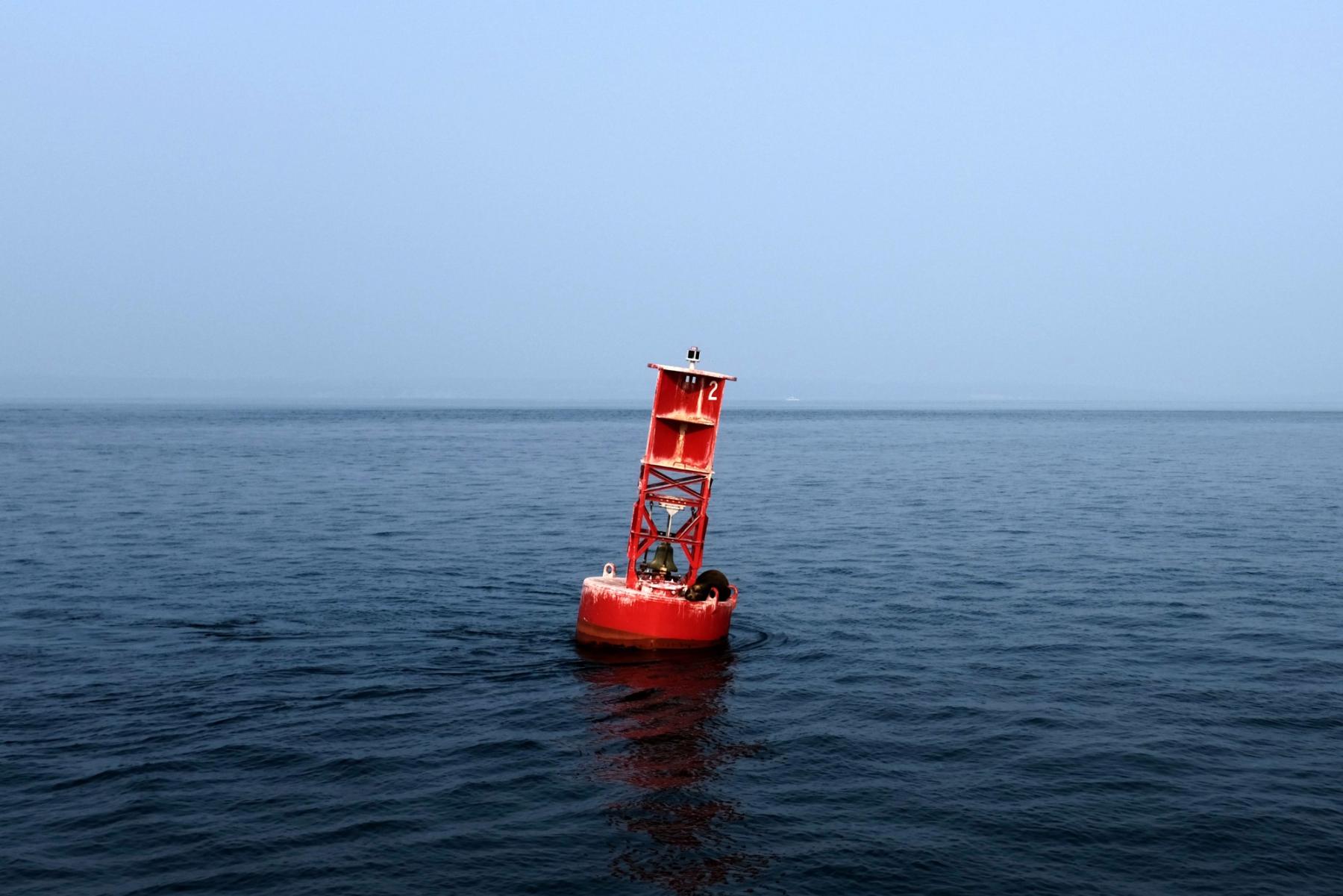 Weather buoys networks help to study large weather phenomena. For example, in the 1980s and 1990s, a buoys network in the Central and Eastern Pacific Oceans helped study the El Niño phenomenon associated with hurricanes. An example of such a system in Europe — the Irish Marine Data Buoy Observation Network. The network is managed by the Marine Institute of Ireland in collaboration with the UK Met Office. According to its description, “the network is designed to improve weather forecasts and safety at sea around the country. The buoy network provides vital data for weather forecasts, shipping bulletins, gale and swell warnings as well as data for general public information and research.” It includes six buoys designated by the letters M and numbers.

Weather buoys look like ordinary buoys at sea or floats but differ from them in their larger size and more complex construction. Moored buoys range in diameter from 1.5 to 12 meters (5–40 feet), while drifting buoys are 30–40 centimeters (12–16 inches), so the latter is much smaller.

Stationary large buoys as usual are made of metal, and traveling buoys are made of plastic and other lighter materials.

The buoys are powered by batteries, which, however, run out over time. For example, the very first weather buoys in the second half of the 20th century lasted a maximum of 8–10 days. But today they work more. Today the buoys often have solar panels on them.

Each weather buoy, regardless of its type, has coordinates, i.e. it has a GPS sensor attached to it, which allows you to track it.

Just like weather stations and weather satellites, buoys carry a variety of instruments for collecting weather and ocean data. So they collect the following information, as exemplified by the buoys of the same The Irish Marine Data Buoy Observation Network (IMDBON):

But buoys also collect many other parameters: e.g. tides, geomagnetic parameters, and more. 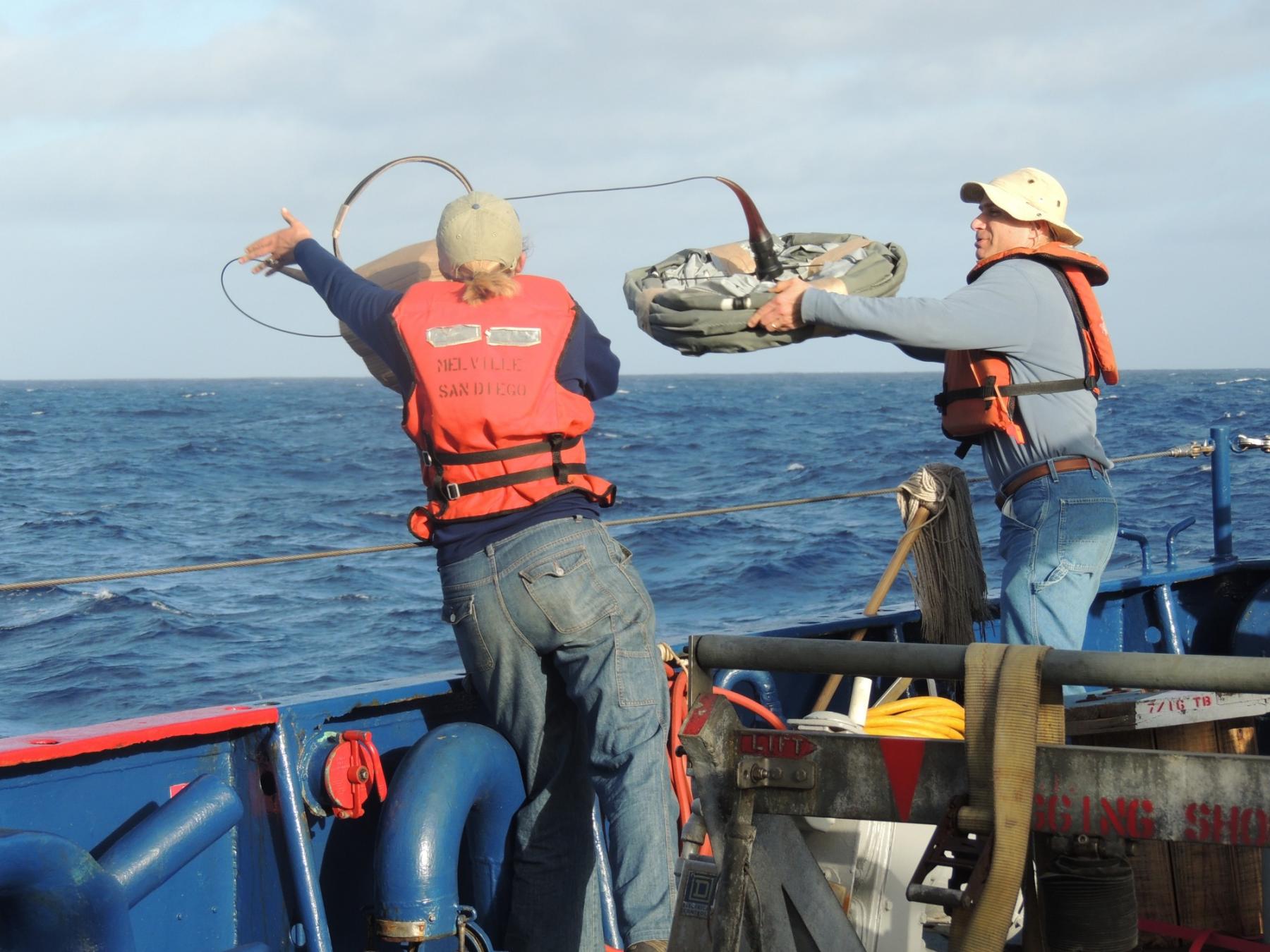 Data is collected and updated at least four times a day or shown in real-time, similar to weather stations. How real is the time? Well, according to IMDBON, “this typically means within an hour from when the observation is made.”

The raw data is processed and logged on the buoy and then transmitted by radio, cellular, or satellite to weather centers for use in weather forecasting and climate studies.

Yes, buoys are also being used for long-term weather data collection. There was one drifting buoy in the United States, which collected sea surface temperature data for 10 years from 1996 to 2006. This is the longest period of data collection for any drifting buoy.

The main disadvantage of buoys are limited functionality and service life, as well as exposure to sea storms and hurricanes.

Typically, a buoy is a very rugged tool with long service life. They are generally difficult to damage, but in severe storms it is possible. For example, on August 8, 2005, hurricane Katrina damaged a 10 m (33 ft) buoy. This happened for the first time in the history of this type of weather instrumentation in the United States.

The 3 m (10 ft) buoy is expected to last more than 20 years, but with proper maintenance, they can last longer. Still, sooner or later the saltwater also causes the buoys to corrode over time and can fail.

How do we measure weather. The complete guide to weather instruments

What are weather stations?

What are weather satellites?

What are weather radars?