How do we measure weather. The complete guide to weather instruments (with photos)

The weather forecast you see in the weather app or the website is just the tip of the iceberg. Figuratively speaking, it is followed by the larger central part — the weather model that makes the forecast, and the base — the meteorological data about winds, precipitation, and so on. But where does that data come from?

We collect weather data with various weather instruments. You can call them gadgets or devices in a modern way. There are more than two dozens of them, but they can all be divided into two groups: small and basic, and big and complex. An example of the first is the most common home thermometer to measure air temperature, an example of the second is weather stations that you probably know about, too, if you are interested in meteorology.

The first group of instruments have been around for centuries, but have not yet disappeared, it is still in active use. The latter was created relatively recently with the development of technology.

So let’s take a look at what weather instruments are and what are their main features. Follow the links to learn more about some tools, particularly the stations, satellites and radars that are the most interesting and common in meteorology today.

The number of basic weather tools is roughly equal to the number of weather parameters. That is, usually one corresponding instrument is used to measure one parameter. These can be analog instruments as well as electronic ones, and there are more and more of the latter.

Thermometer is the smallest, simplest, and most common weather instrument everyone has at home, no matter how much you know about the weather. In meteorology and the natural sciences, a thermometer measures the temperature of the various environment: air, sea surface, soil, and more. 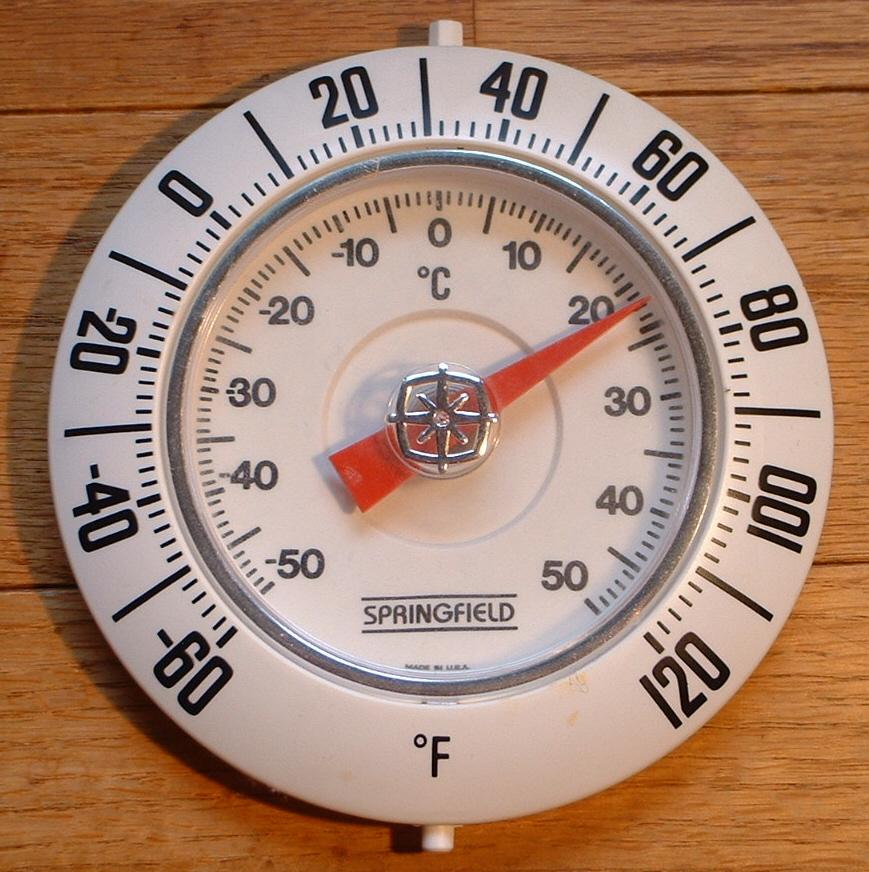 There is more than one instrument for measuring wind, сonsidering that this is probably the most diverse weather parameter: 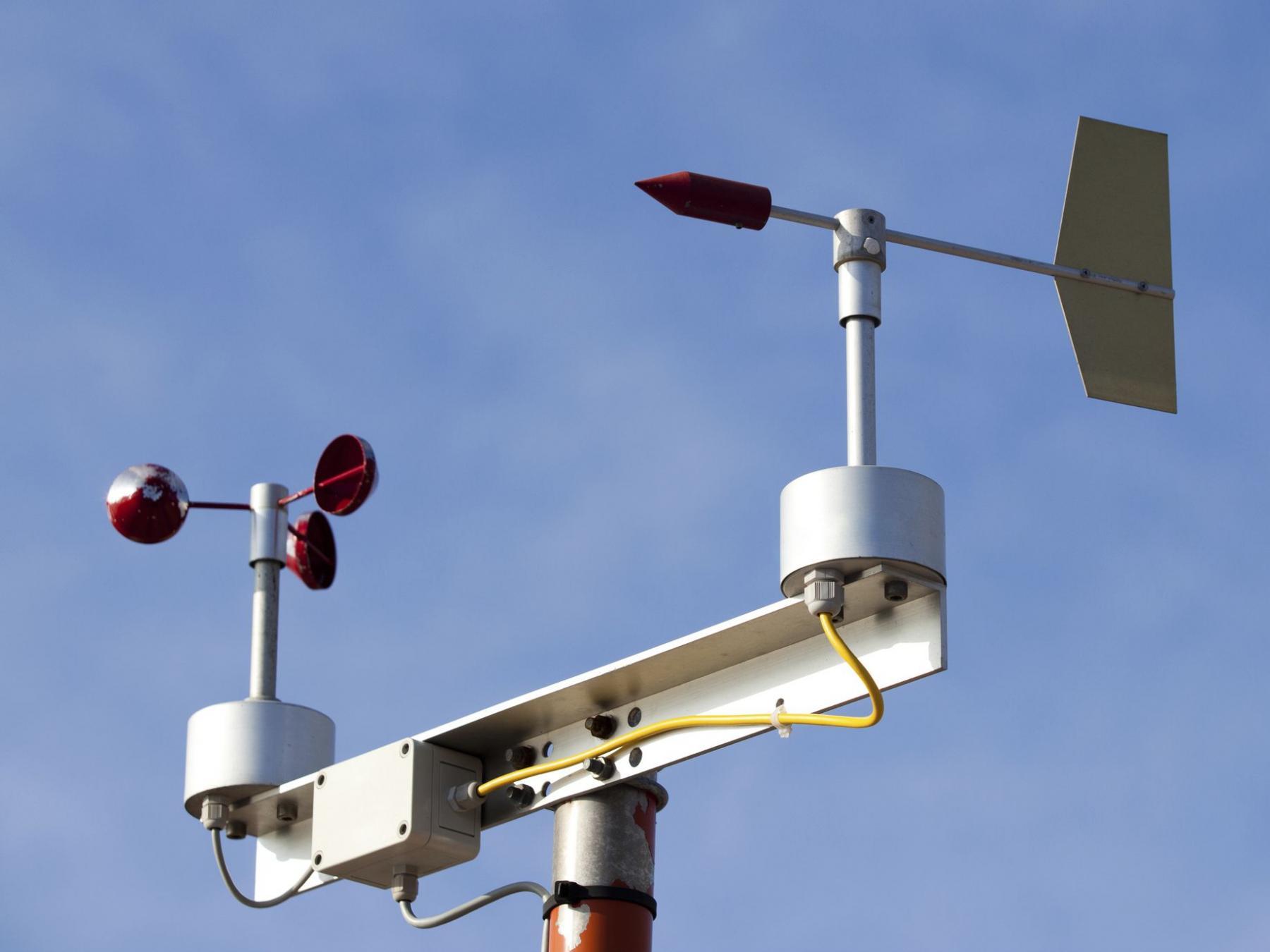 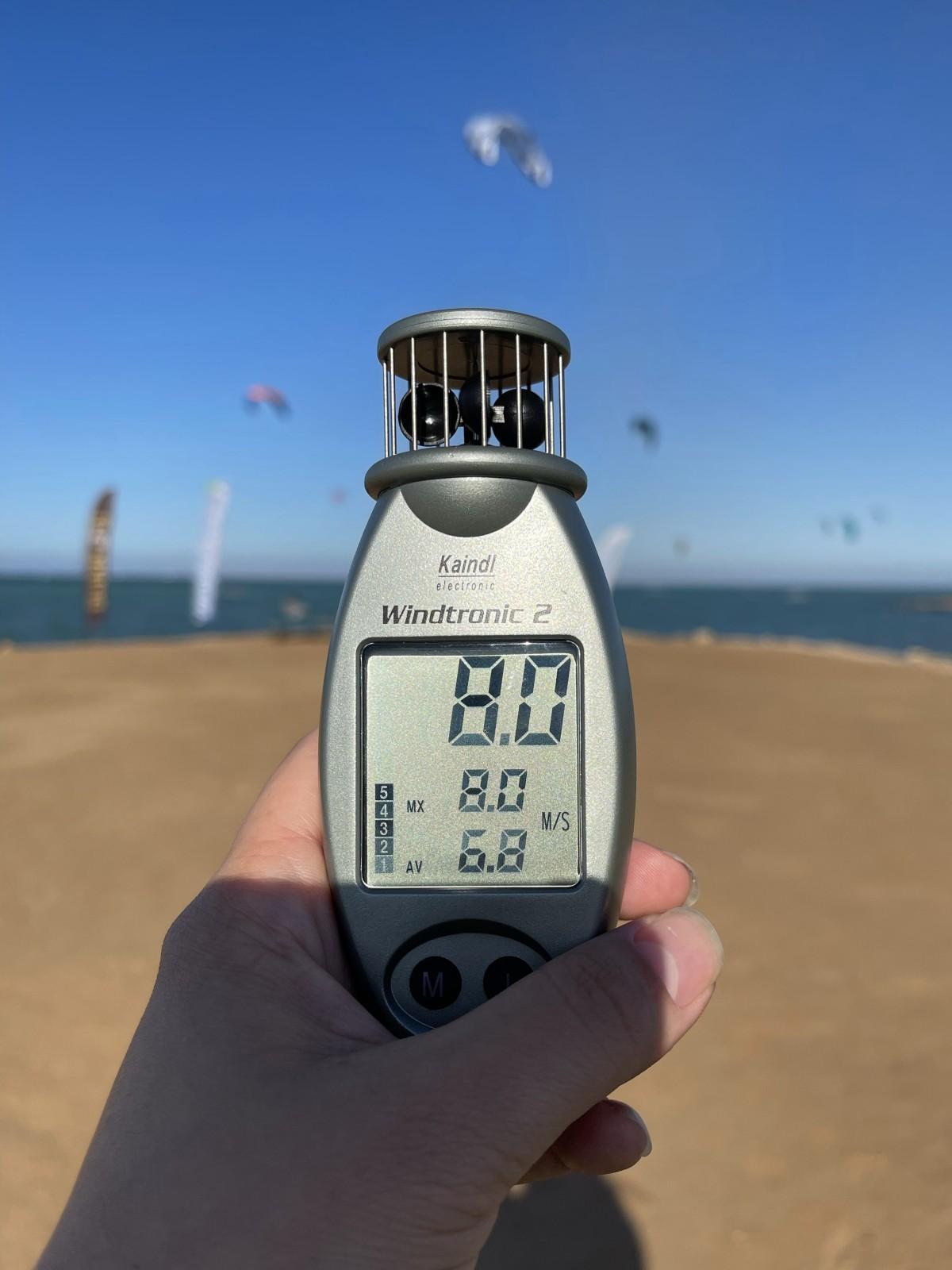 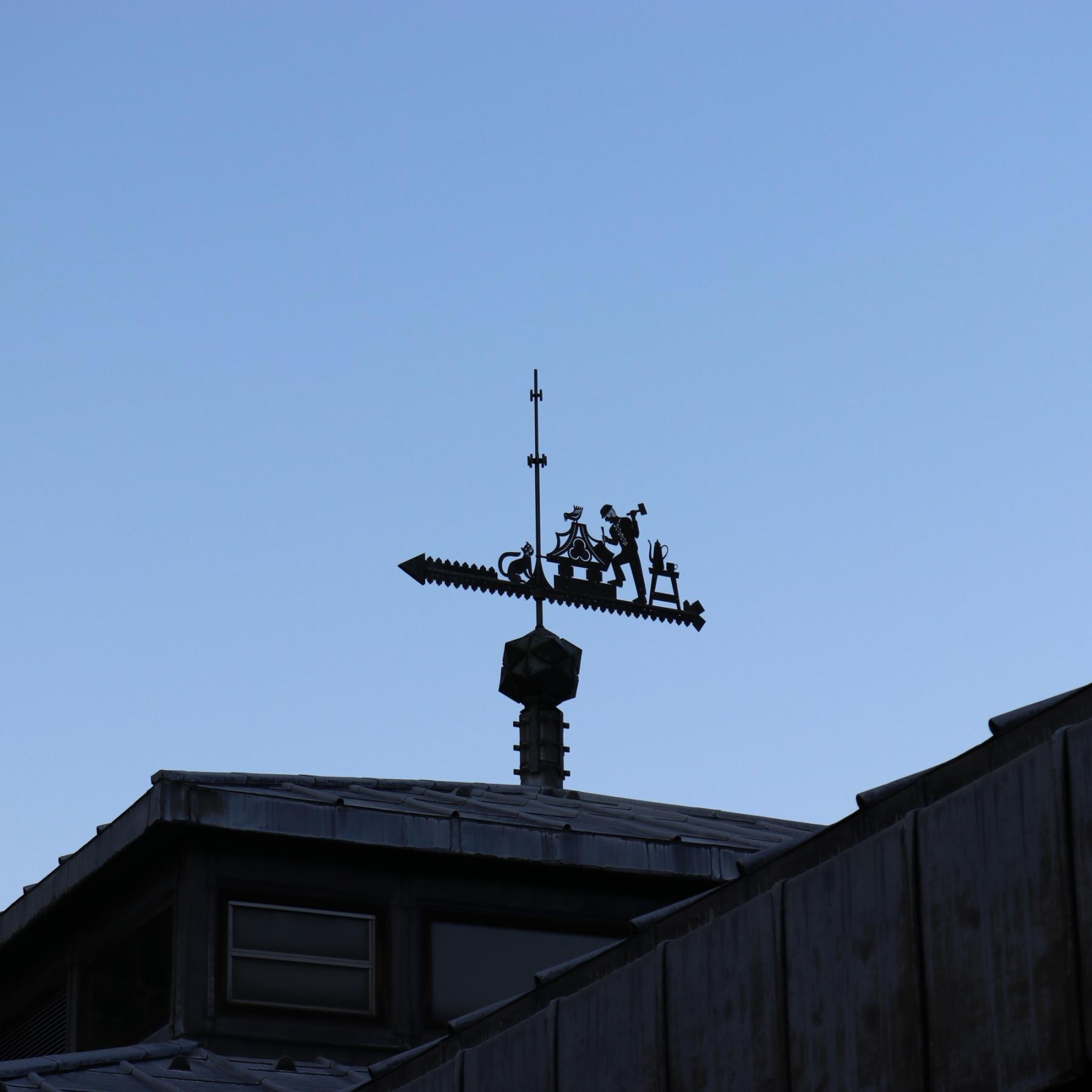 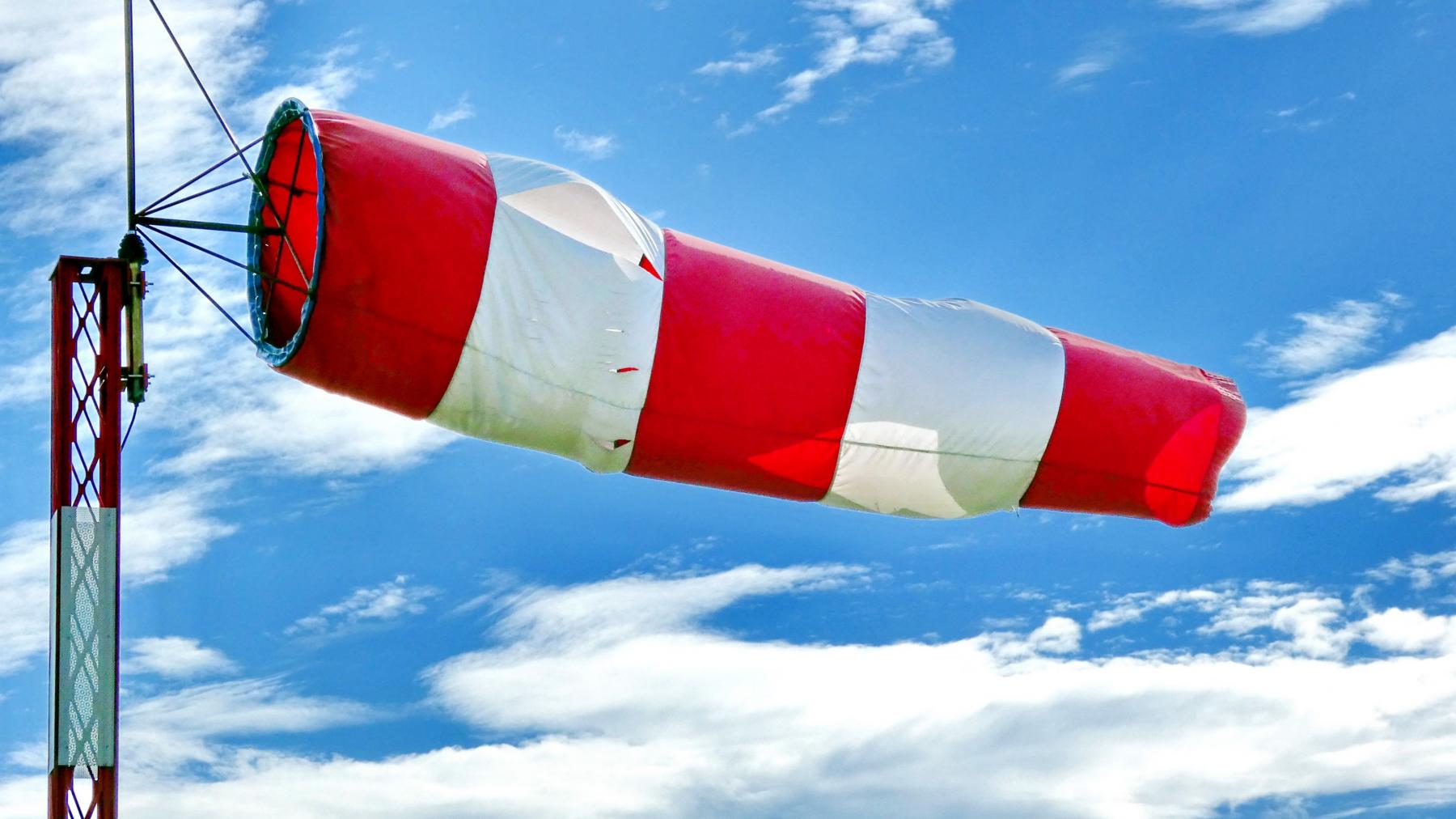 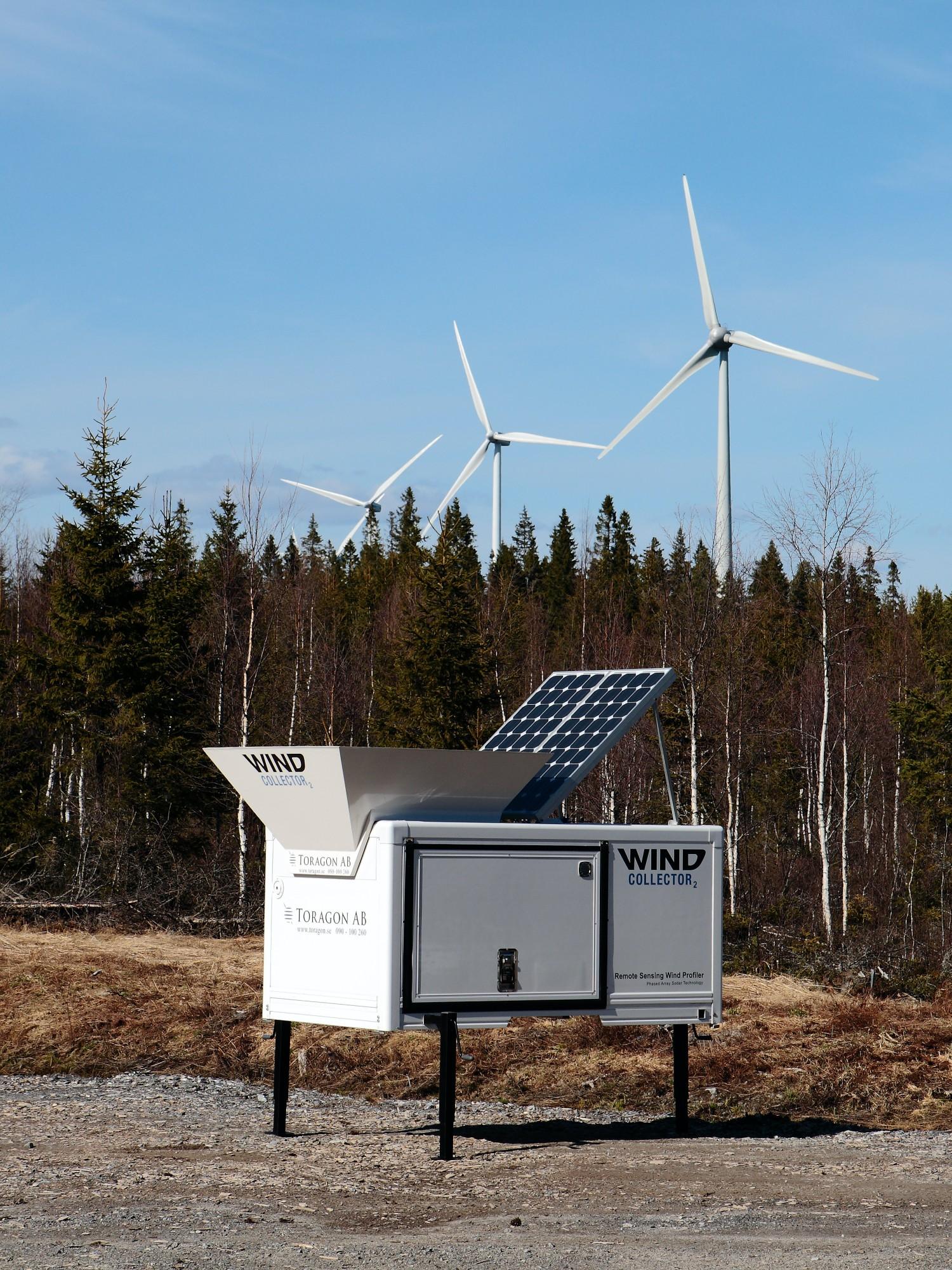 Several tools are also used to measure precipitation, another complex weather element with many types and features: 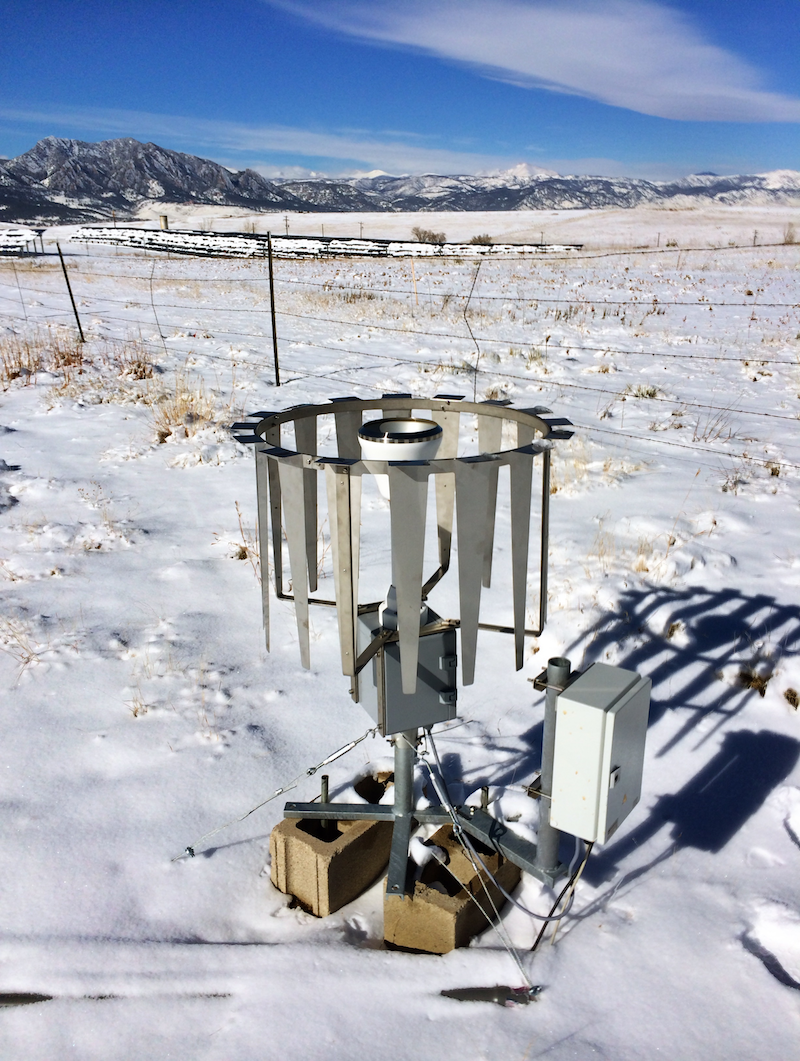 Barometer is another basic and common instrument that may well be in your home — ok, not in the living room, but somewhere in the garage. It is used to measure atmospheric pressure. An ordinary barometer is a round thing, similar to a compass, but they come in larger sizes and different designs. Some old barometers from the 19th and 18th centuries and earlier may even be collector's items. 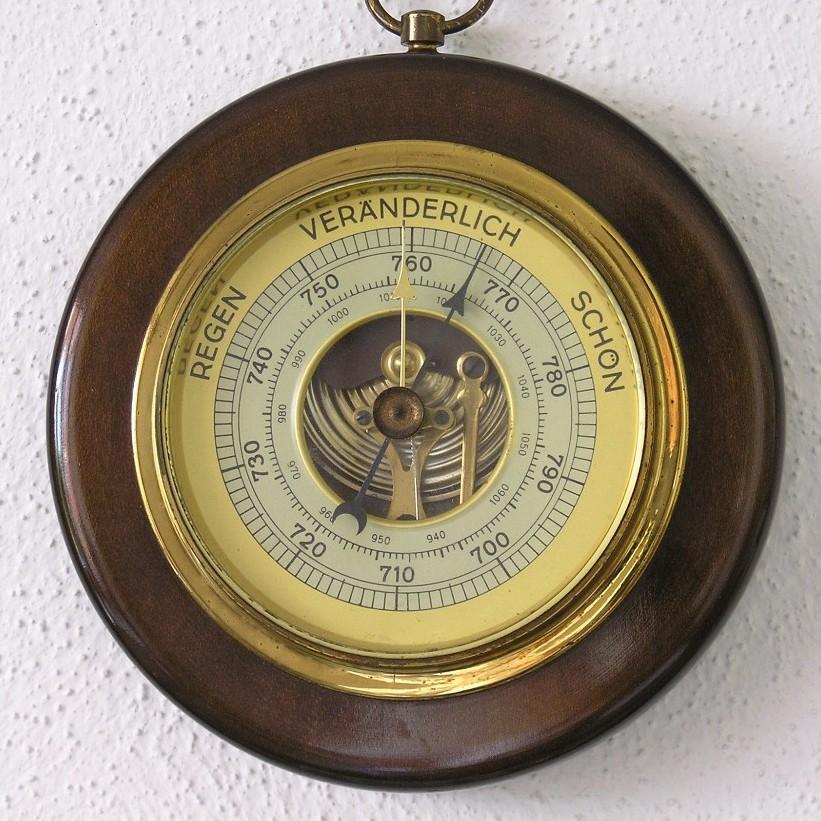 Hygrometer is a weather device that measures relative humidity, that is, the amount of water vapor in the air, in soil, or confined spaces. It is similar in appearance to a barometer, but can also be of different types and designs. 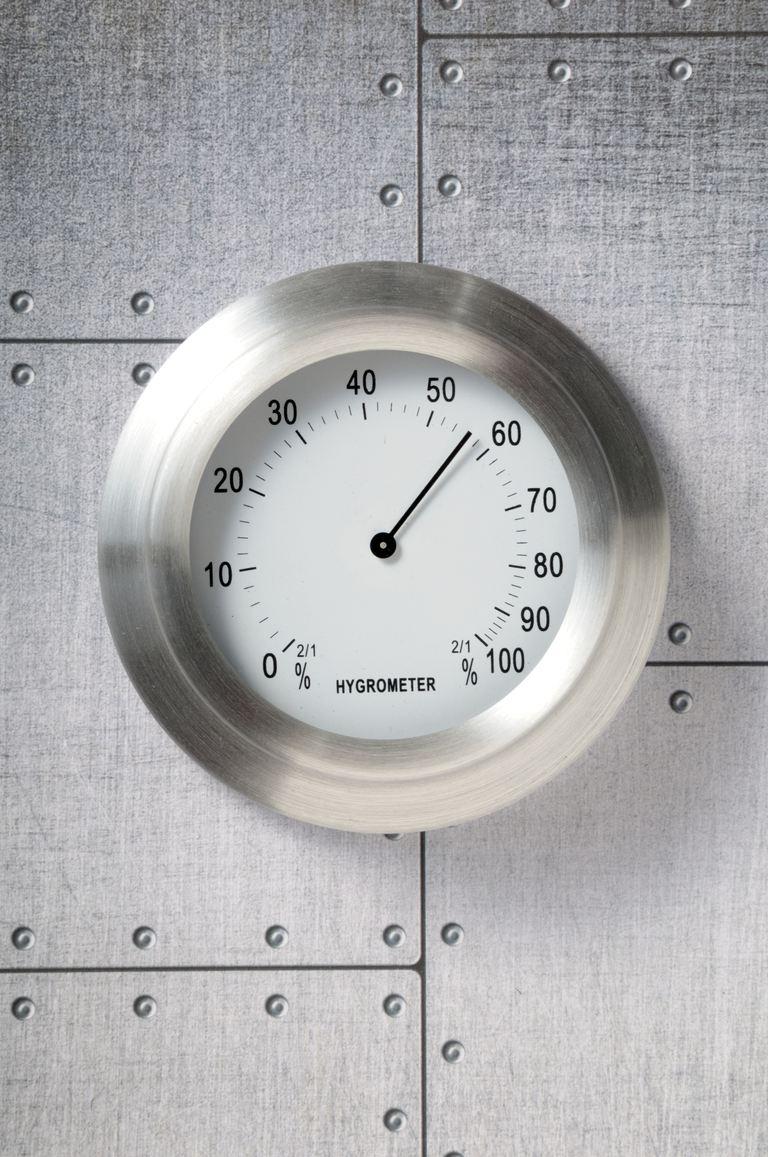 Transmissometer is a weather tool for measuring visibility. You can see it on the airfield runways at an airports. Interestingly, transmissometers are also used in oceanology to measure the optical properties of water, that is, its transparency. 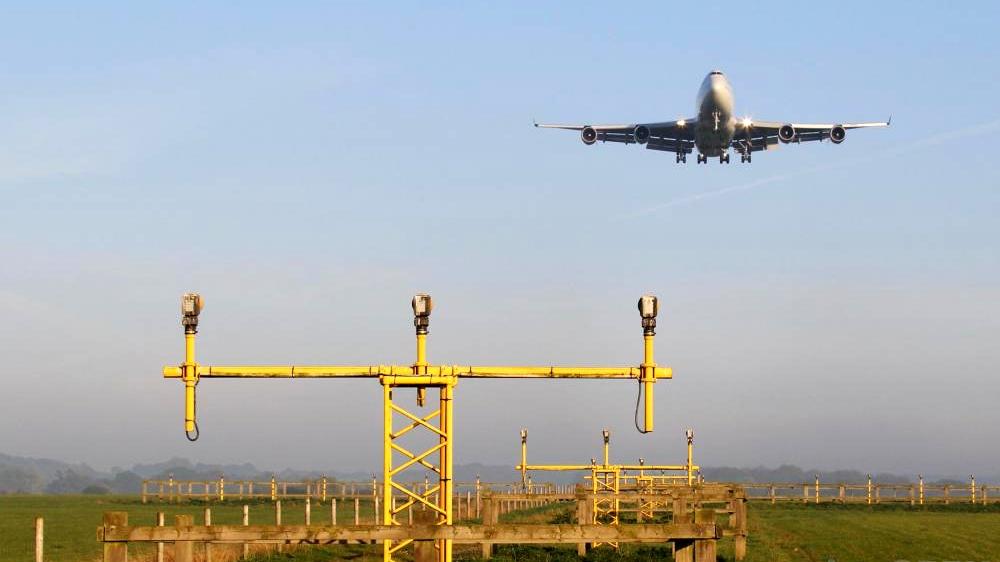 Pyranometer is a device for measuring the amount of solar radiation, from which the Ultraviolet Index (UV Index) is then calculated. These things are very interesting because they look like little UFOs, even though they often look like regular box-shaped measuring devices. 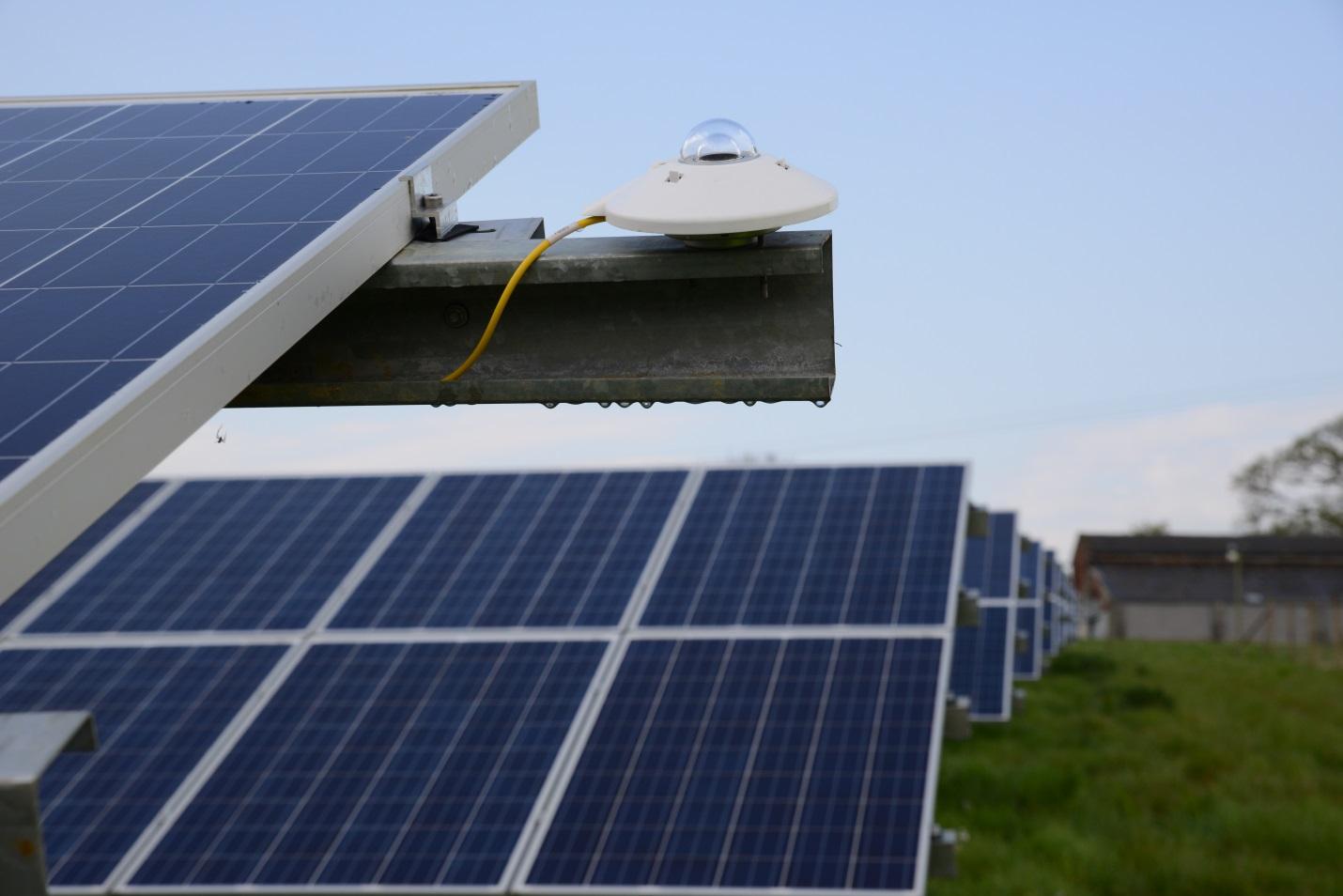 Ceilometer is a weather instrument for measuring advanced weather parameters such as cloud ceiling and cloud base, that is, the height of the lower and upper limits of clouds, using a laser or other light source. Ceilometers are also used to determine the concentration of aerosols in the atmosphere. These parameters are not found in basic weather forecasts, they are useful for those who deal with aviation. 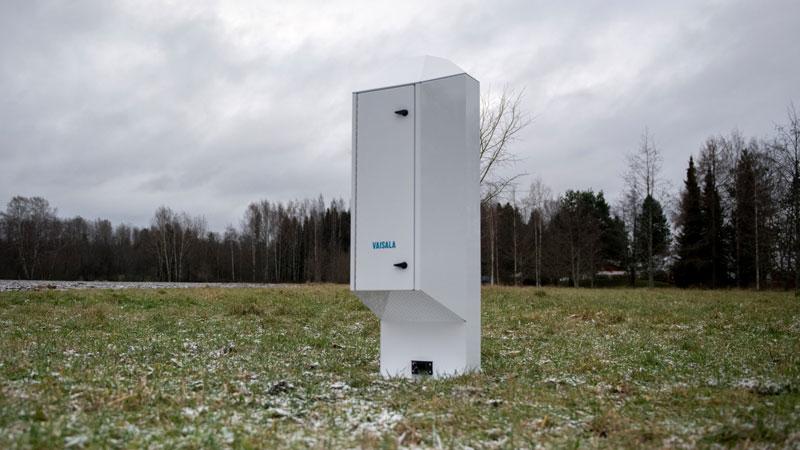 Lightning detector is an instrument for recording lightning, a weather phenomenon from the atmospheric electricity. With their help, it is also possible to determine the coordinates of lightning strikes. Detection of lightning allows us to quickly respond to the threats associated with them, such as fires, failure of power grids, and so on. 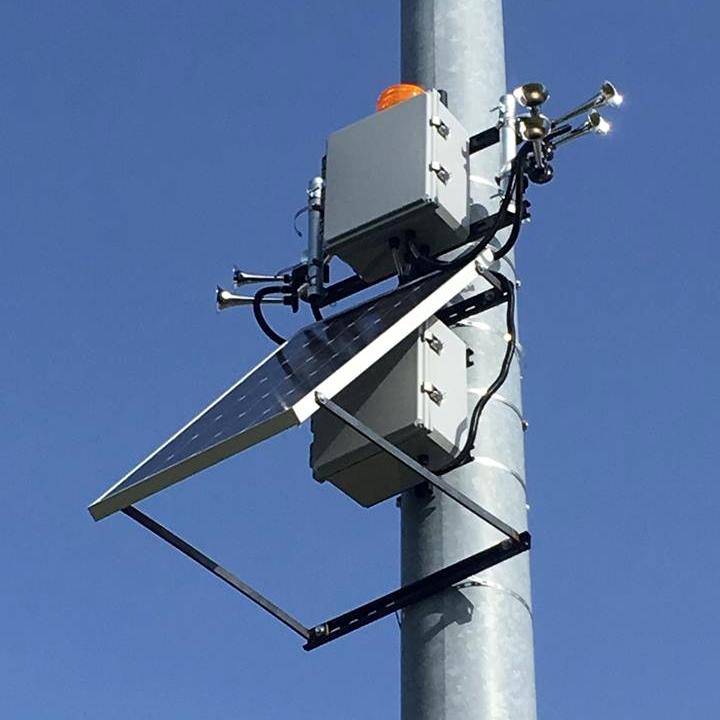 Magnetometer is an instrument for measuring magnetic field characteristics and magnetic properties of materials. The ordinary compass is a first and very simple type of magnetometer. More sophisticated magnetometers are used in geology for mineral exploration; navigation at sea, space and aviation; seismology (earthquake prediction), and other fields. 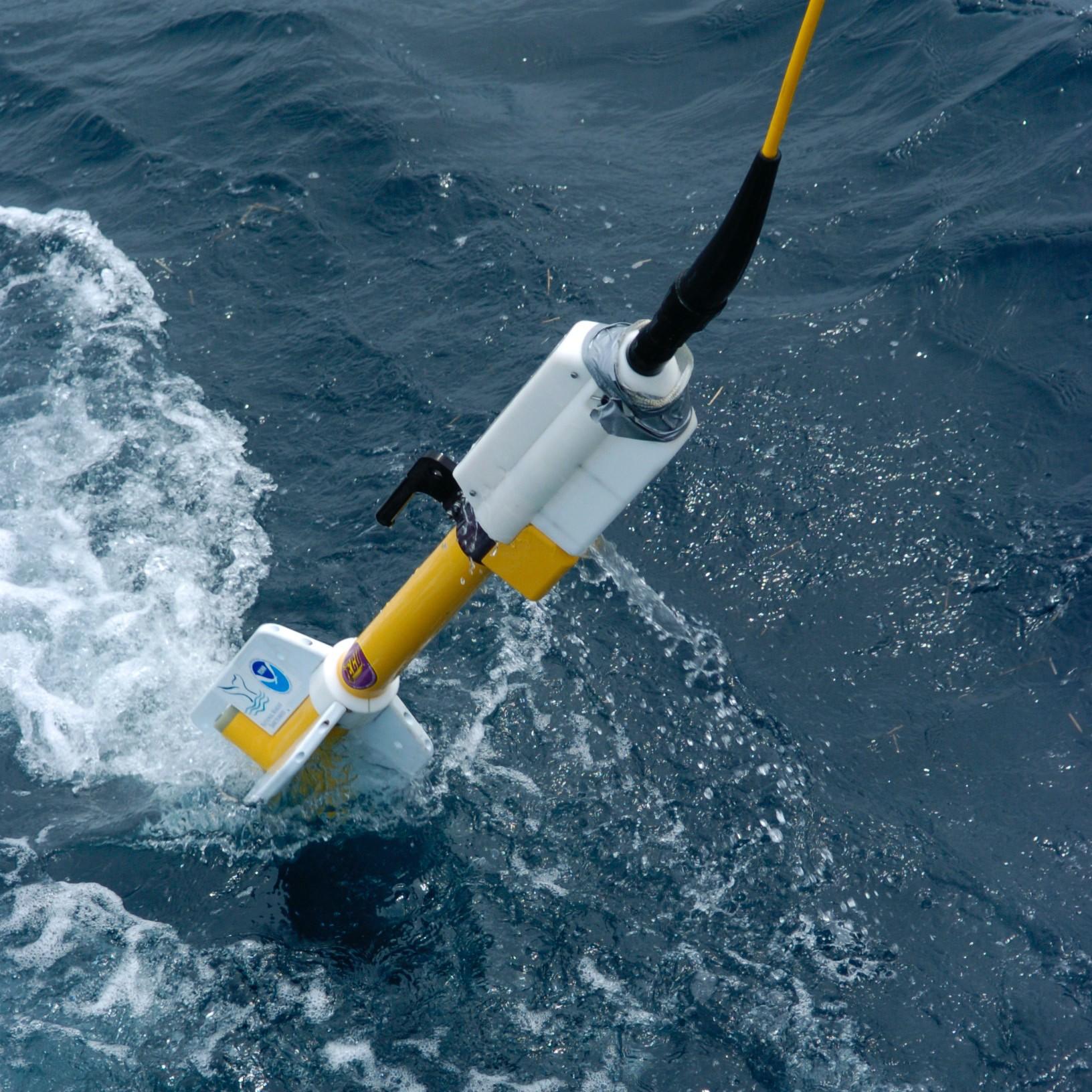 Large and complex weather instruments differ from small and simple ones by the fact that they usually contain the latter. That is, they are a set of instruments. They can also be used not only on the ground but also on water and in the air, and even in the space. Thanks to this, they help to collect more data about the weather from a single source and collect this data more accurately and faster.

Among all the complex tools, there are three main ones: weather stations, weather satellites, and weather radars, and several additional ones which are less frequently used in modern meteorology.

Weather stations or meteorological stations are the most common instruments for weather observation and collecting different weather data. Meteostations are divided into two basic types and are also networked. 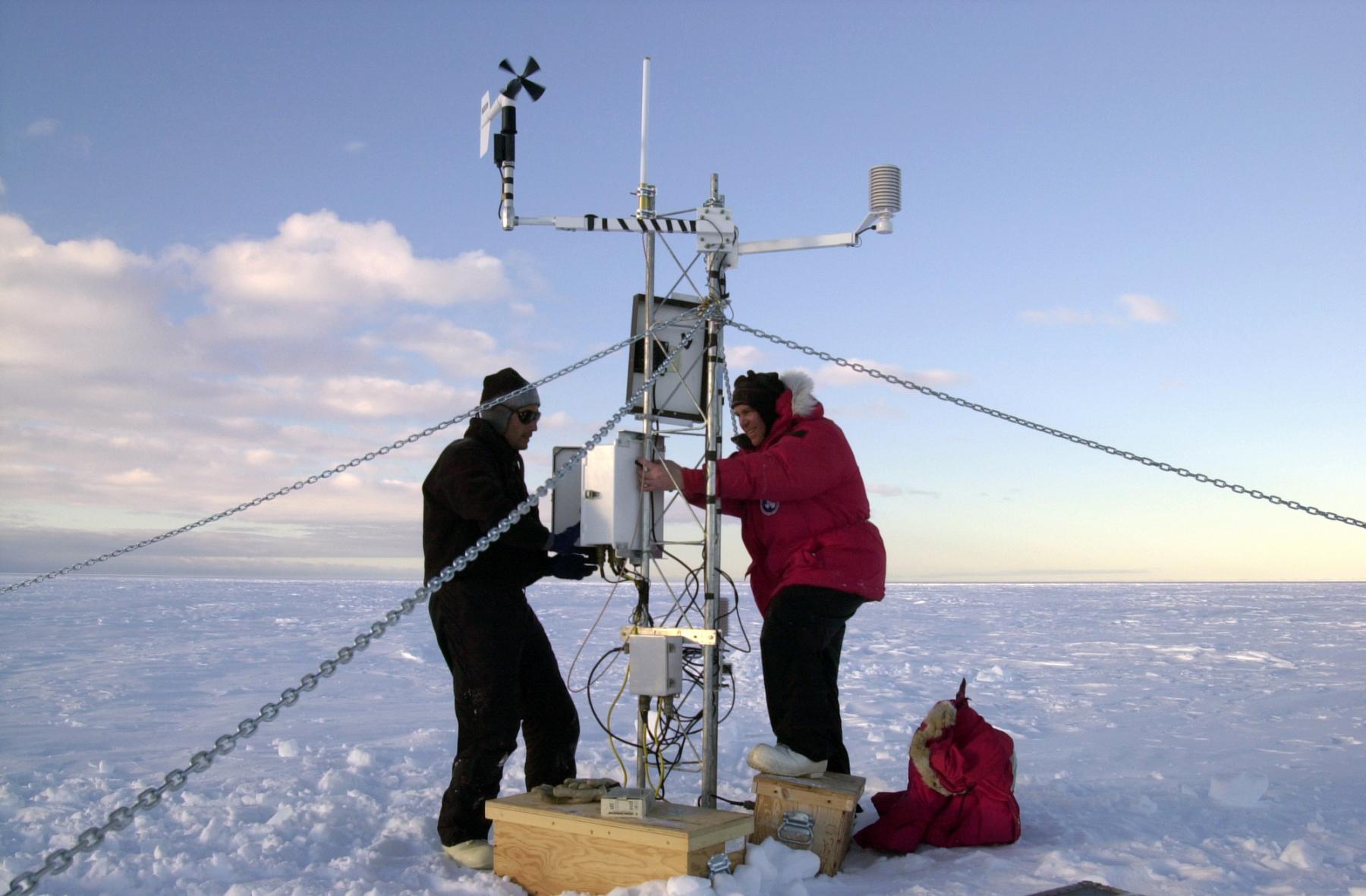 Researchers from the University of Chicago and the University of Wisconsin install weather and Global Positioning System instruments on Iceberg B-15A. It's the first time an iceberg has been monitored like this, and the data will allow an unprecedented understanding of how giant bergs make their way through the waters of Antarctica and beyond. Photo: Wikipedia

Weather satellites are satellites launched by man for the purpose of collecting weather data from space. They contain a set of tools that allow you to learn both basic weather parameters like air temperature, precipitation and wind, and advanced ones about, for example, snow and ice cover of the Earth, large-scale fires or volcanic eruptions and the like, which are better “seen” from space, as well as geomagnetic storms. Weather satellites together with data reception and processing stations form the meteorological space systems of different countries.

Weather radars or Doppler weather radars are used to determine the location of water-bearing clouds and their trajectory, so they are indispensable for predicting heavy rains, thunderstorms, tornadoes, snowfalls, and other types of dangerous weather. So radars are crucial to making accurate real-time “now cast” weather forecasts of precipitation. Typical radar is a four-story building size. There is a huge ball at the top of the radar — this is a shelter for the antenna that is inside. Its radius of action in the atmosphere is on average 200–250 kilometers (124–155 miles). 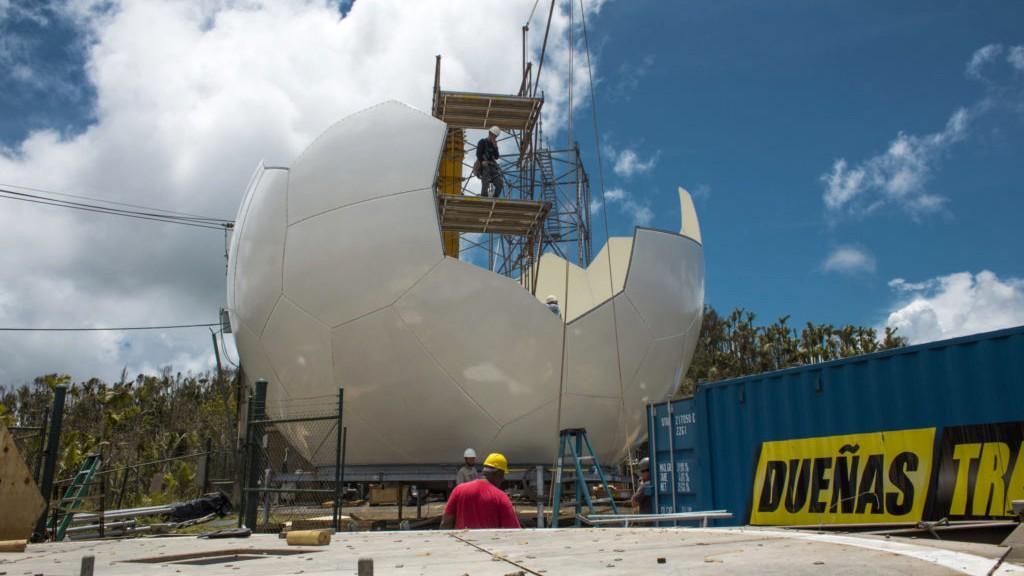 Weather buoys are the fourth most common type of weather instruments. They look like floats in the water and collect data not only about the weather, but also about the world’s oceans and their individual parts (seas, bays, and so on). There are three main types: 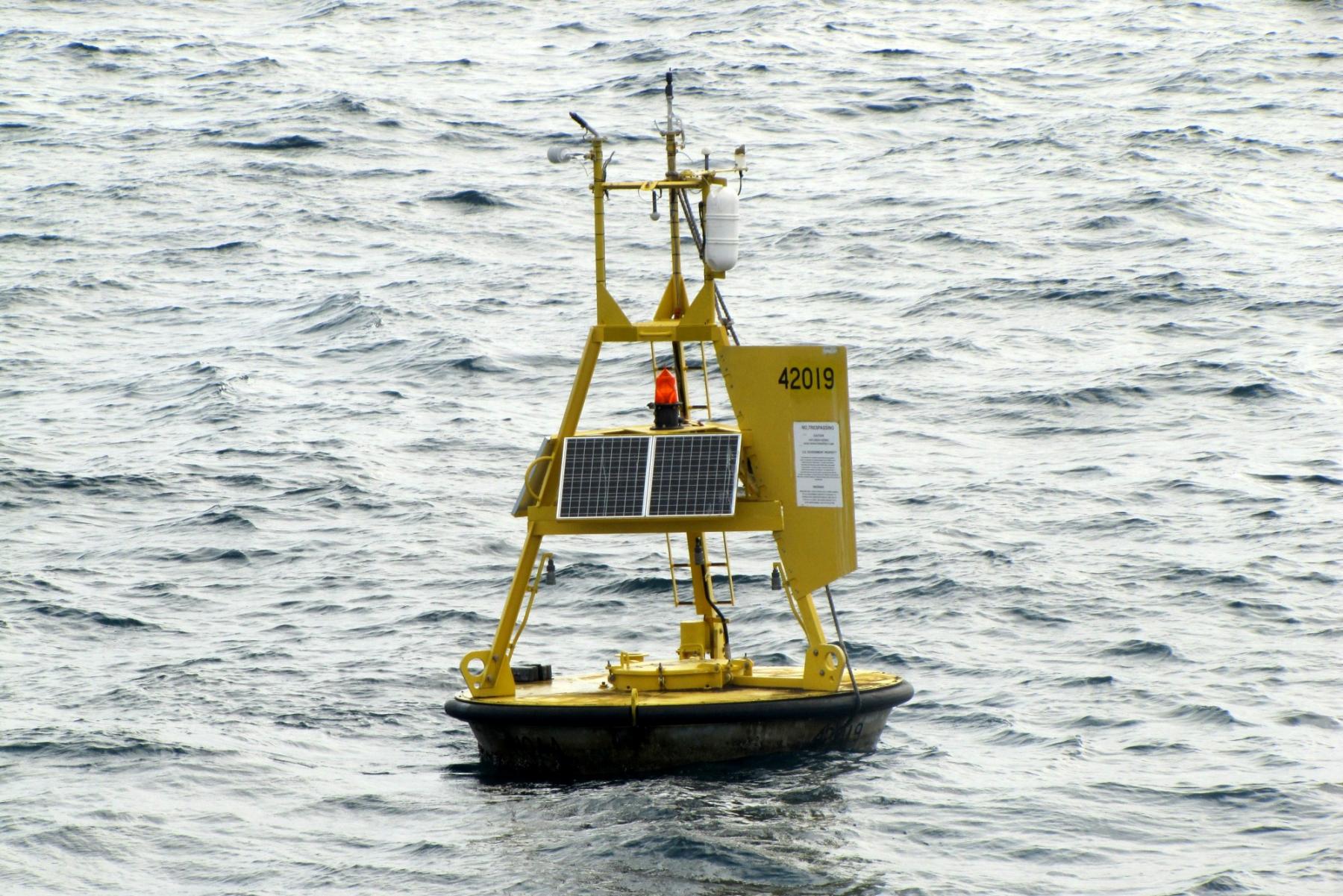 Weather balloons are traditional weather measurement devices consisting of three parts: a rubber or plastic shell (balloon) filled with hydrogen or helium; a container with data collection equipment; and the string connecting the first two parts. Such balloons are launched into the air regularly to collect data on air pressure, humidity, temperature, and, in particular, wind speed at different altitudes, which is not possible with weather station located on earth. The altitudes can reach 30–40 km (18.6–24.8 miles) or "near space" between the Armstrong limit (18–19 km / 11–12 mi) and the Karman line (85 km / 53 mi). After the creation of radio communications, weather balloons were equipped with radiosondes that transmit weather data directly to the ground. Before that, the ballon had to descend before people could collected the data from it. 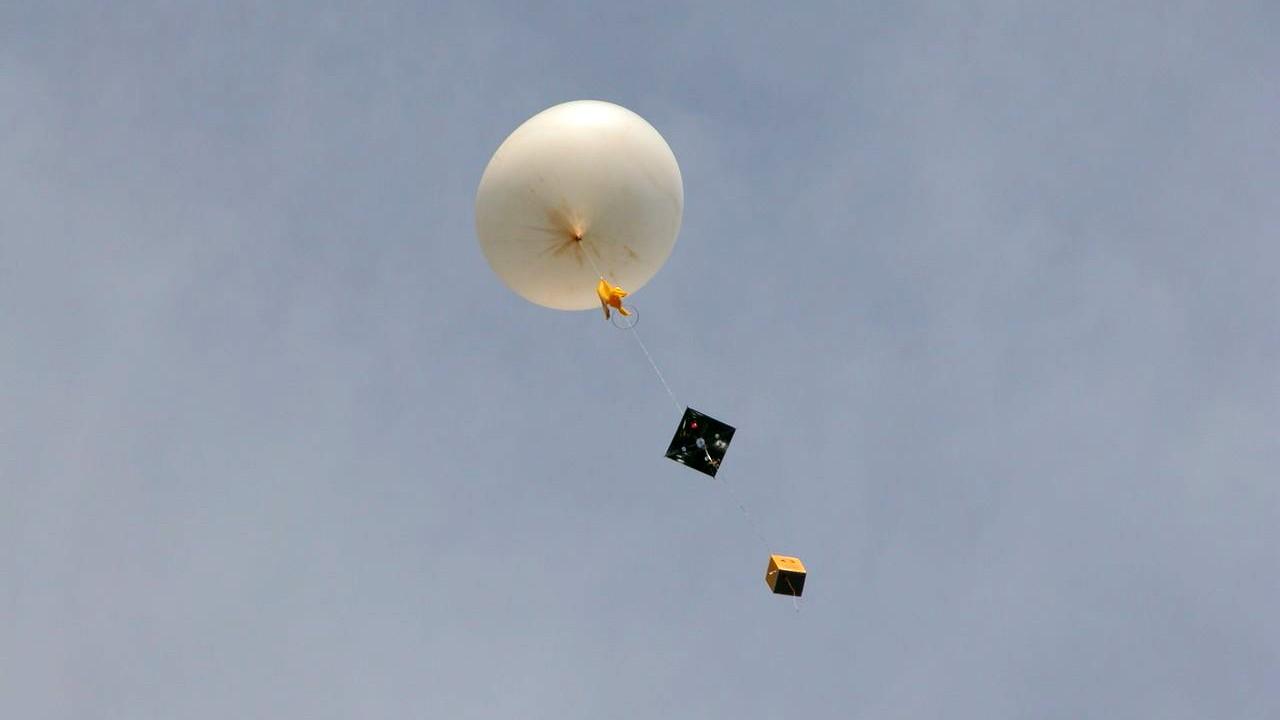 Weather aircrafts are military planes of the national air forces that fly for the specific purpose of collecting weather data. Before the advent of weather satellites, planes were the only means of tracking tropical cyclones — hurricanes and typhoons — but still, satellites do not collect all the data, especially from inner parts of cyclones. That's why planes are still in use today. Groups of such aircraft (squadrons) are called Hurricane Hunters and Typhoon Chasers. Weather planes are also collect data about thunderstorm genesis, low cloud and fog formation, turbulence and jet streams location and intensity, conditions leading to aircraft icing and others. The WMO website even has a page devoted to aircraft-based meteorological observations benefits to aviation.

The collection of articles about wind