How does fog form

Сlouds that form near ground level, covering buildings, trees and people, are commonly known as fog. In this new lesson of the Windy.app Meteorological Textbook (WMT) and newsletter for better weather forecasting you will learn more about how does fog form

Fog is made up of small water droplets which are so light that they don’t fall to the ground but remain suspended in the air. Dense fog significantly reduces visibility, and can be a major nuisance to drivers and aviators. Depending on its severity, fog conditions pose a real danger to all those who have been affected.

The word fog usually refers to conditions when visibility is less that 1km, whereas similar conditions, but with visibility between 1 and 10 km are called a mist or haze.

How the fog forms? 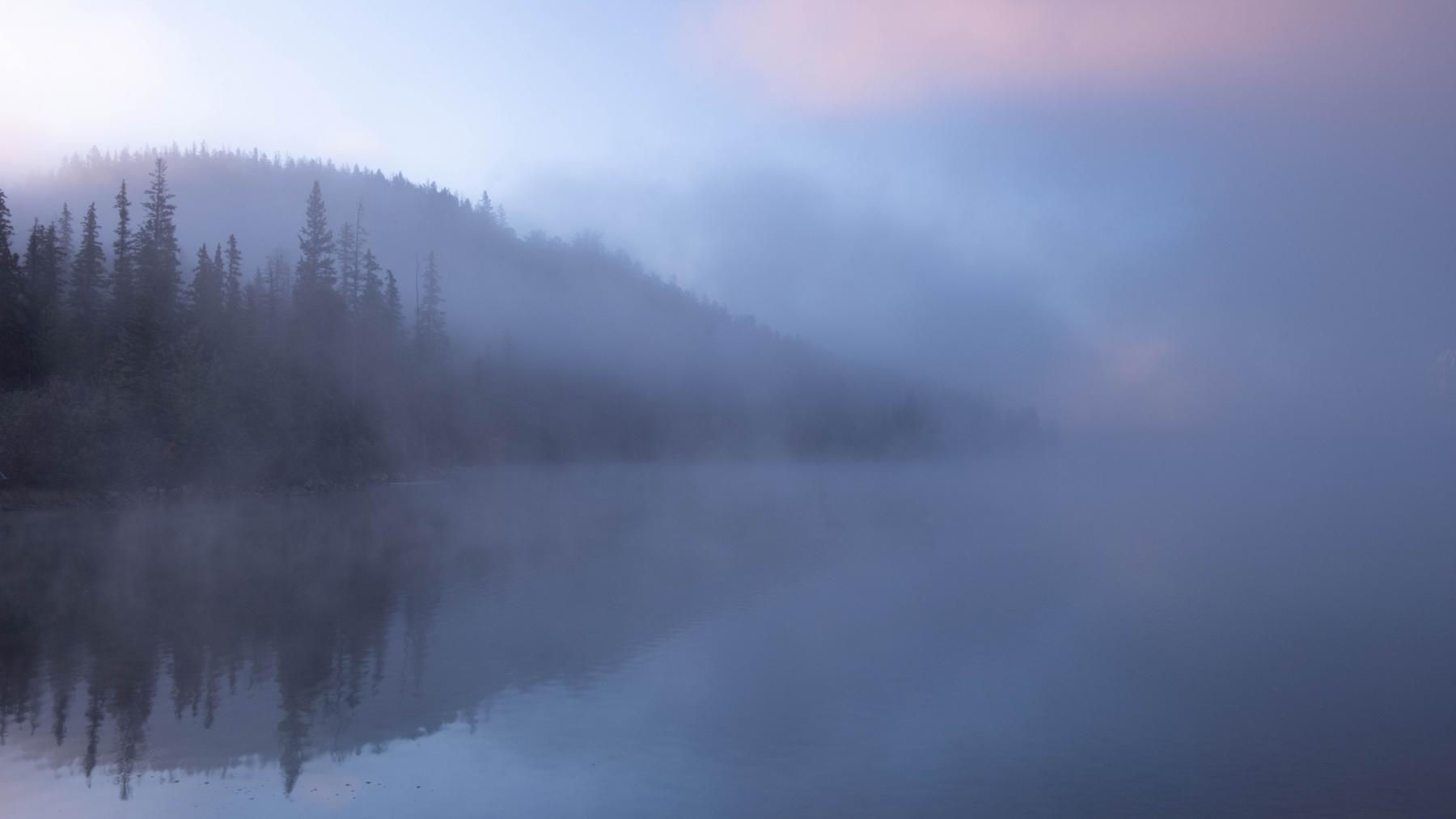 This process is known as fog formation. If you cool the air right near the ground, its humidity will exceed 100%, and those tiny droplets looking like a white veil of fog will form.

Why does the air temperature go down?

There are several reasons for cooling of the air which leads to the formation of fog. We are going to look at the two main ones: advection and radiation.

Advection refers to movement. If warmer air moves towards colder areas, it cools down upon contact with a cold underlying surface, and fog can form. Such fogs are a common sight over the oceans in summer. The oceans in summer are usually colder than land, and if the wind blows from the mainland into the sea, then it just brings warm air to the colder surface. In winter, advection fogs are more common over land.

Radiation fog forms on calm, clear nights. After sunset, the land cools down relatively quickly. The air temperature in the surface layer is also going down. If the night is cloudy, some of the heat will be reflected by the clouds; they can prevent the planet from cooling down too much overnight. But if the sky is clear, the temperature near the ground can drop so much that fog will form. Most often, this type of fog can be found after sunset in the fields and sheltered valleys. It is quite patchy and usually goes away the following morning under the sun’s rays. 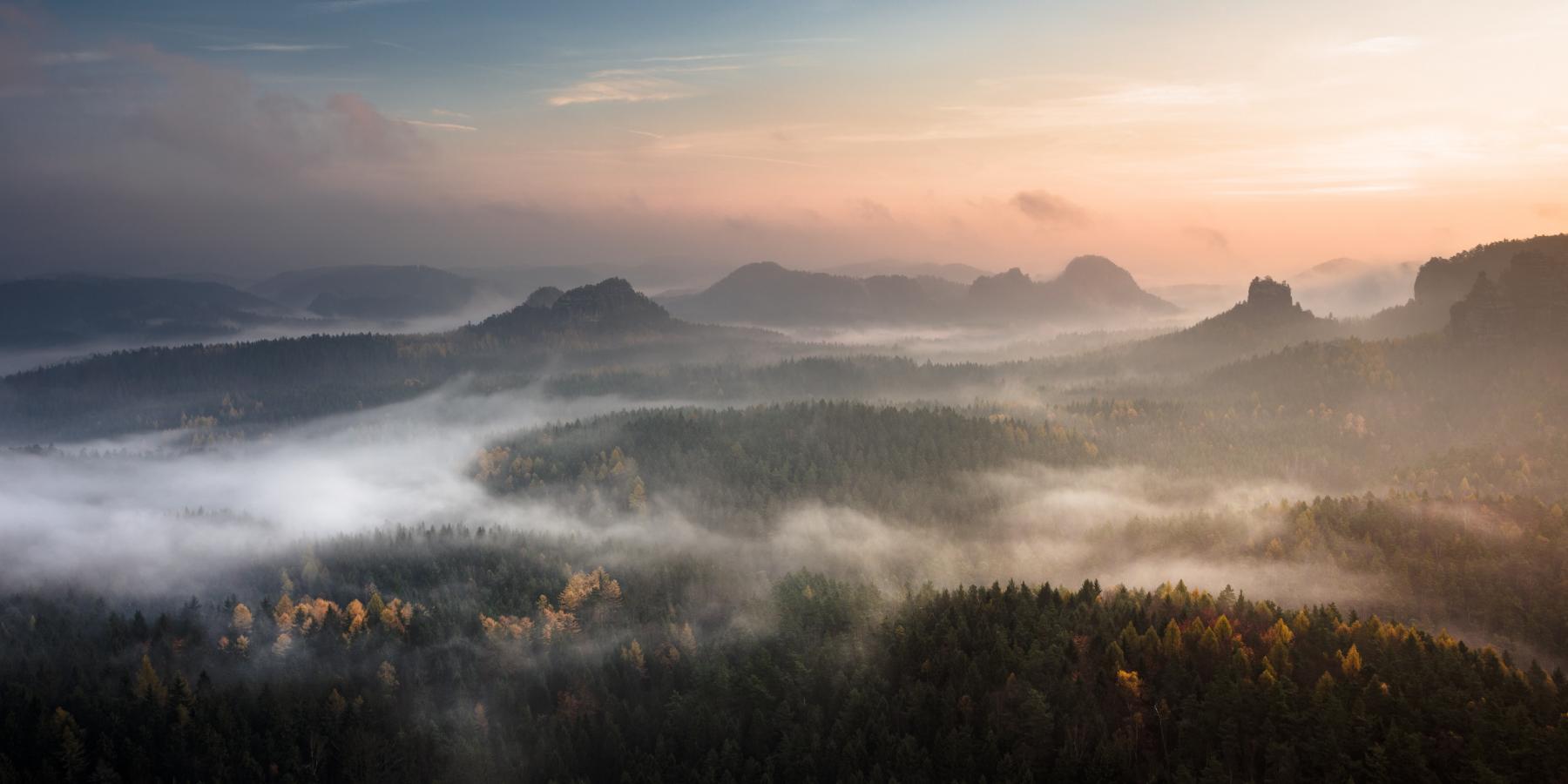 Evaporation fog is also an interesting phenomenon. Its formation isn’t connected with the air cooling. If a surface is very hot, the water actively evaporates from it. When the air is cold (or it is already saturated), some of the evaporating water will immediately condense, turning into water droplets. Just think of a boiling kettle: the “steam” coming from the kettle is actually fog.

The steam condenses directly above the source of moisture, while a short distance away, where the air is drier, it evaporates again. We see this when our kettle boils; the same happens with the fogs, the length of which may not exceed several meters in height. Evaporation fog is common in cold weather over warm water bodies, or on a cool evening after a warm summer rain.

Although fogs can be classified by type, they look very similar. Typically, there is more than one reason why fogs are formed. No two fogs are controlled by exactly the same combination of factors, which makes forecasting the formation of fog extremely difficult.

Where to find and how to forecast fog in the Windy.app?

Forecasting fog has been made easy with an Aerological Diagram, which is available in Windy.app for Android in the menu of spot: 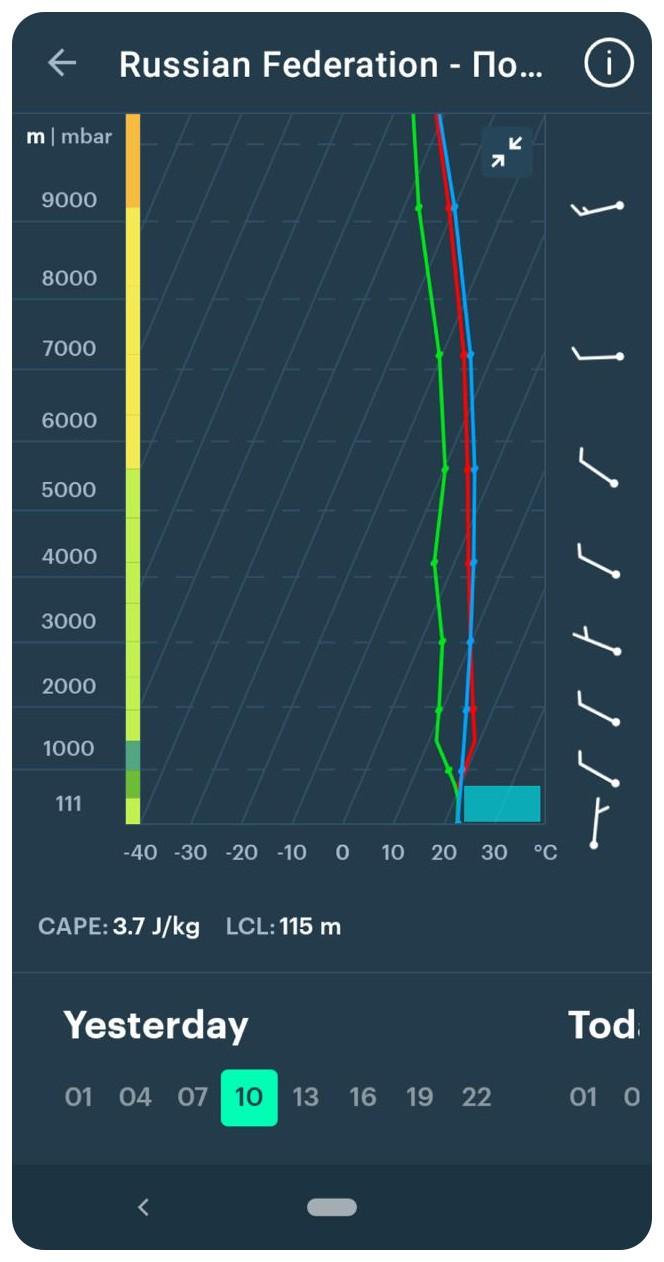 Fog forecast with an Aerological Diagram in the Windy.app for Android

The stratification curve (red) and the dew point curve (green) should come out of the same point and completely overlap up to several dozens of meters. This means that the humidity in the surface layer is close to 100%, and there is a high chance of fog.

Why is there fog in the mountains