Typhoon Maysak 2020 Passes Eastern Asia With Destruction and Fatalities, But Over

Typhoon Maysak 2020 is a tropical cyclone that was active in the Asia in August-September 2020. It is also called typhoon Julian 2020.

Warning: if you live in the area affected by typhoon, follow all precautions recommended by your local police, fire department, medical services, and other official government organizations to minimize the impact of typhoon Maysak. Contact the appropriate services if you experience difficulties.

Bookmart this page to get typhoon Maysak 2020 updates, tracker and live map, forecast, latest news, quick facts, and detailed information from this page.

Typhoon Maysak 2020 made landfall in South Korea late on Wednesday. In many regions the damage is severe. At least 1 fatality is confirmed. With several cases of heavy rainfall the risk of catastrophic floods and landslides in South Korea, China and Russia is very high. Floods can become a destructive force in the next few days because of unprecedented rainfall. The soil is very moist and water level in rivers can start rising rapidly. The problem can become serious especially in rural areas.

In the East China Sea the ship carrying thousands of cattle with a crew of 43 people is missing. Several people are already rescued.

In Russian cities Vladivostok and Nakhodka hundreds of trees are down. You can see how extreme the wind was from the Instagram video and two. The flood in North Korean coastal city of Wonsan made its residents evacuate to safer areas. 242 mm of rain per day was recorded by the city’s meteorological station.

Wind speed in typhoon Maysak 2020 now weakened to 50 kt (90 km/h or 60 mph). The typhoon is weakening rapidly and is now located over Chinese Jilin. In the next few hours it’s going to become an extratropical cyclone. That would be the death of typhoon Maysak 2020.

Typhoon Maysak 2020 is now 220 km or 135 miles of South Korea’s coast. As predicted, wind speed near the center weakened to 85 kt (160 km/h or 100 mph). It makes Maysak category 2 typhoon in SSHWS and still one of the strongest to ever strike the country.

While the rain in continental South Korea is moderate, Jeju island is the first to face the typhoon. It experiences strong wind, high waves and massive precipitation with hail showers. The most endangered cities at this moment are Jeju City and Seogwipo.

The typhoon is expected to landfall today at 18:00 p.m. Gwangju and Busan will be the next big cities in South Korea to be affected. After committing landfall the typhoon will bring strong wind and rainfall also to North Korea, Northeastern China (Harbin and Changchun), and eastern Russia.

Here's a photo of the current weather situation in South Korea. Many other locals sharing videos on typhoon, as well: video of typhoon Maysak 1, 2, 3 and 4. 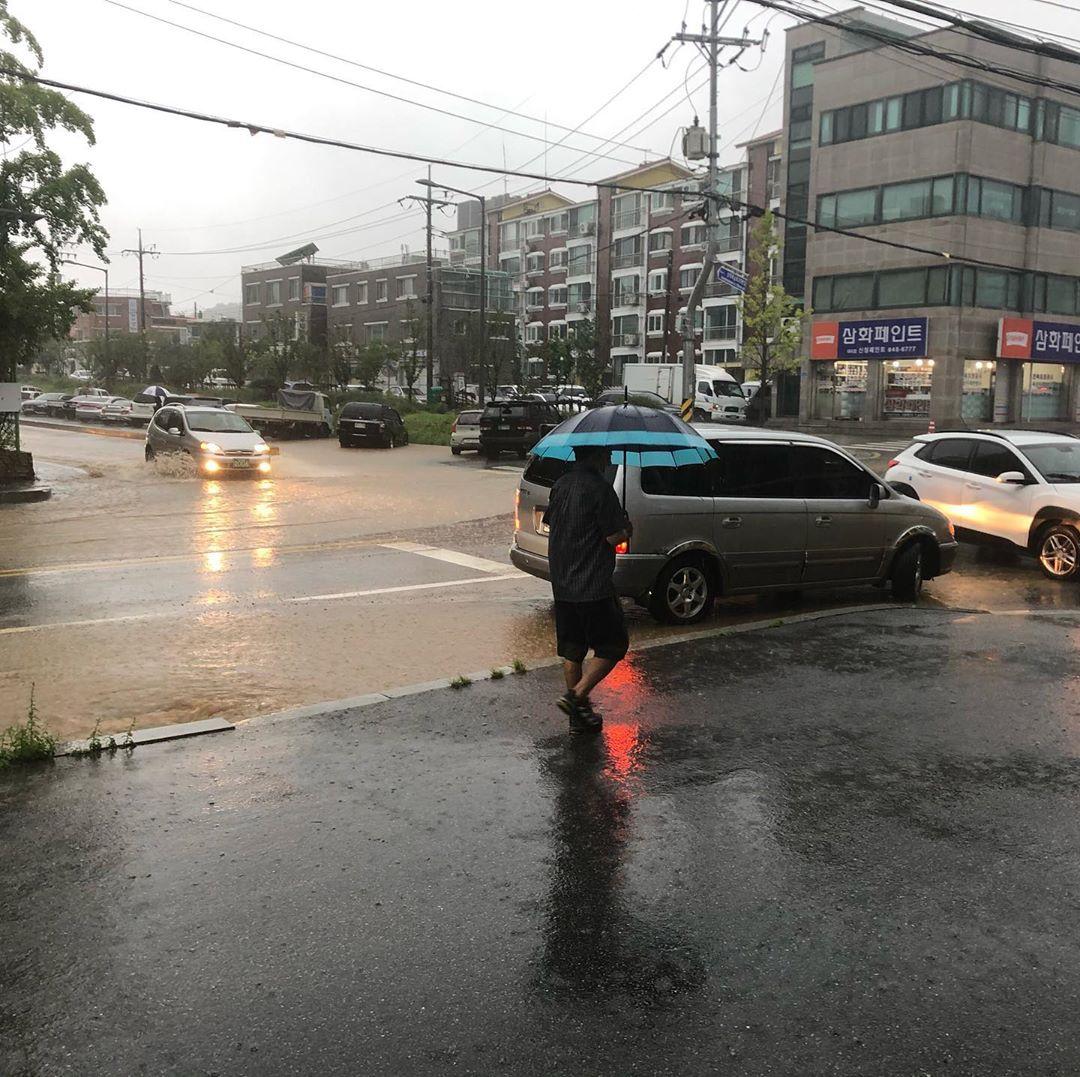 After typhoon Bavi, Maysak would become the second storm to landfall in the Korean Peninsula in a week.

The typhoon has already reached his maximum intensity and will probably not reach the 4th or 5th category or “super typhoon” status. But it’s still going to be violent for South Korea with 85 kt (160 km/h or 100 mph) and wave height up to 10 meters.

After committing landfall the typhoon will weaken. But remnants of Maysak can still influence the weather. Strong winds, massive rainfall, and thunderstorms can occur in North Korea, Northeastern China (Harbin and Changchun), and eastern Russia.

The maximum wind speed near the center was estimated as 95 kt (176 km/h or 109 mph) with gusts up to 130 kt. Wave height on Okinawa and surrounding islands could reach 13 meters. The strongest wind was measured on Kumejima island. You can check the footage from the storm chasing journalist James Reynolds.

The amount of rainfall for Okinawa can reach 300 mm, that’s higher than average precipitation for September in the area.

Precipitation sums of 200 mm for Amami and 100 mm for Kyushu are possible either. There’s a probability of floods and landslides in Southern Japan. 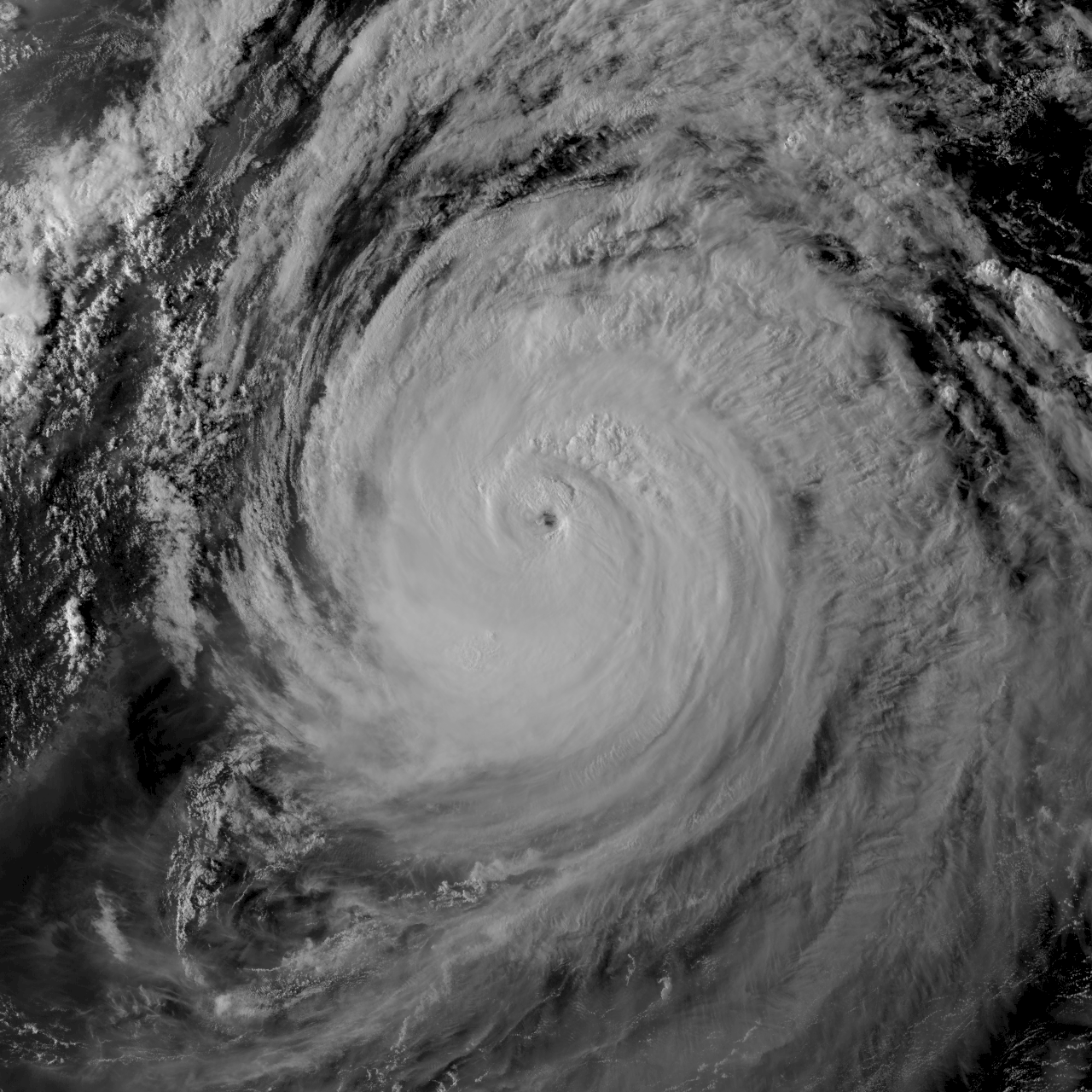 Satellite image of the typhoon Maysak 2020

After a short period of moving west, it turned north and headed to Okinawa Islands. On its way, the typhoon intensified to category 3 and became one of the strongest of the 2020 Northwest Pacific season.

On the primary stage of its, development Maysak didn’t influence any land. It was dangerous for marine trading between Asia and Oceania and aviation.

Projected path of the typhoon Maysak 2020

How to Read Typhoon Maysak 2020 Tracker and Live Map

On the cover of this page, you see tracker and live map of the typhoon Maysak 2020.

Scroll or zoom (+ / -) the cover to find out where the hurricane is now, and how strong it is. You can also determine the speed of the hurricane by its color. On top of the live map, there is a colorful scale. The speed is in m/s (meters per second).

At the bottom of the map, there is a weather forecast for the next 10 days. Scroll it to the right to see the projected path (track) of the typhoon Maysak 2020. Or push the arrows or the "Play" button to get the forecast.

Check the weather forecast in your region in Windy.app for iOS and Android.