Hurricane Delta 2020 Is Over and No More Dangerous 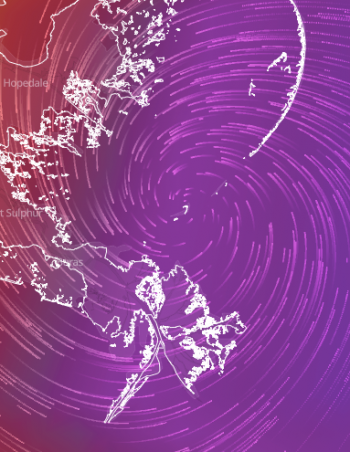 Hurricane Sally 2020 No More Dangerous and Left the US 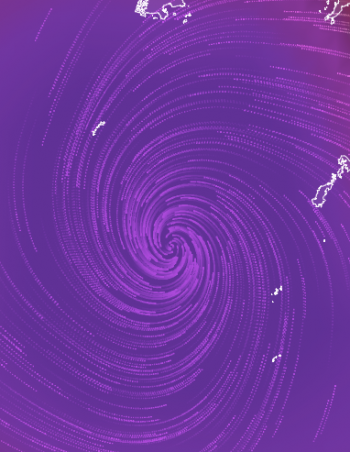 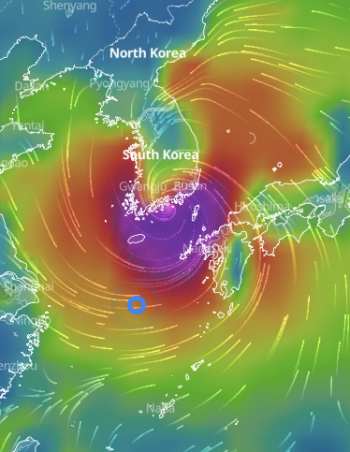 Typhoon Maysak 2020 Passes Eastern Asia With Destruction and Fatalities, But Over 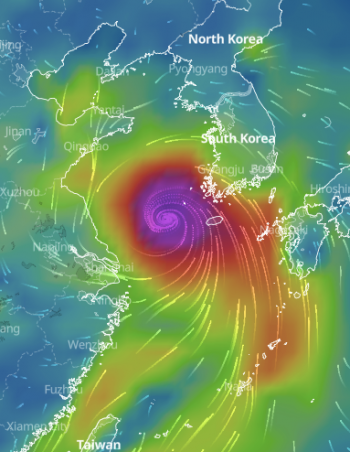 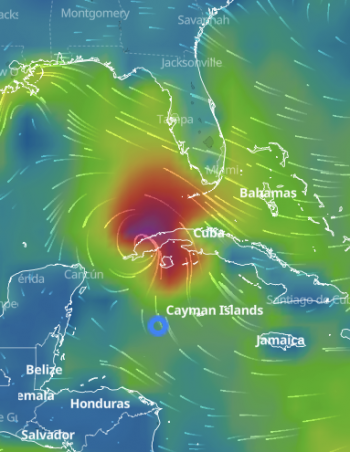 Hurricane Laura 2020 Was the Strongest on Record in Louisiana, US

A tropical cyclone is a type of cyclone or low-pressure weather system that occurs above a warm sea surface and is accompanied by powerful thunderstorms, rainfall, and storm winds.
The entire Earth's atmosphere consists of different air masses — large volumes of homogeneous air. And the air has weight. Well, different air masses have different weights. The less the air mass weighs, the less pressure it exerts on the Earth's surface.

Air masses with a low pressure are called cyclones. There's also a certain wind direction in a cyclone. In the Northern Hemisphere, the air in a cyclone moves counter-clockwise, while in the Southern Hemisphere it moves clockwise.
If a cyclone is formed in the hottest region of our planet — the tropics — it is called a tropical cyclone. So there are also not tropical cyclones called "extratropical" — in other parts of the world.

Hurricanes are tropical cyclones that have formed over the Atlantic Ocean or in the eastern Pacific, in the tropical latitudes of the Northern Hemisphere. Tropical cyclones from the western Pacific Ocean are called typhoons. Hurricanes strike America, while typhoons — the Far East and Southeast Asia. Cyclones in Australia region called the same — cyclones.
Cyclones are a spiral-shaped weather phenomenon with a diameter of about 300 km or more. The cyclone consists of several parts:

Tropical cyclone happens every year at a certain time. This is why it is called “season”. And the place of cyclone called “basin”.

In the Atlantic Ocean hurricanes can be observed mostly in the northern part of the ocean, but also in the southern part. Hurricanes usually happen from early June to the end of November with activity peaks in late August and throughout September.

Unlike the Atlantic Ocean, tropical cyclones are not formed in the Pacific Ocean for 6 months a year, but all year round. Therefore, the word "season" is used here as a common but not entirely accurate term. But most typhoons occur at the same time of year, from July to November. The peak is in late August — early September. The fewest typhoons occur in February and the first half of March.

In summary, September is the most active cyclone month and May is the least active month, globally. The Northwestern Pacific Ocean basin and the North Atlantic Ocean basin are the most active in the world. And the North Indian Ocean basin is the least active.
In the Atlantic Ocean several regions and countries are frequently affected by storms: the United States Atlantic coast, Gulf Coast, Mexico, Central America, the Caribbean Islands, Bermuda, Venezuela, and some provinces of Atlantic Canada.

In the Pacific Ocean tropical storms often affect China, Hong Kong, Japan, Korea, Philippines, Taiwan, and many other countries in the South-Easter Asia region.
There is a tradition to attribute names to tropical storms and hurricanes.

Since the early 1950s, the World Meteorological Organization (WMO), has given storms and hurricanes the names: English, French, and Spanish. In the beginning, it was only female names, but now also male names.

Names are repeated every six years, except for those given to the most destructive and deadly hurricanes.

That's why at the height of the hurricane season you can often see headlines like "Dorian approaching the U.S., evacuation announced" or "Damage from Florence estimated at $50 billion", etc.
The names of all predicted hurricanes of the Atlantic Hurricane Season 2020 are Arthur, Bertha, Cristobal, Dolly, Edouard, Fay, Gonzalo, Hanna, Isaias, Josephine, Kyle, Laura, Marco, Nana, Omar, Paulette, Rene, Sally, Teddy, Vicky, and Wilfred.

But since the air is initially very, very humid, a huge amount of moisture condenses in it when it is cooled at heights. During condensation heat is generated: the air "took" heat from the ocean during evaporation, and now it gives this heat to the surrounding space. This means that the nearby air warms up and the air above is much colder — convection is possible again, new air rises up again! This way convection can get to the upper border of the troposphere — to a height of 12 km.

Such powerful convection is only possible in tropical cyclones and causes heavy rains, thunderstorms, and hurricane wind speeds.

Everything described above is possible if the ocean temperature is really high — from 26.5 °С (79.7 °F).
There are five categories by a Saffir–Simpson hurricane wind scale (SSHWS). This is the scale for determining the power of a hurricane, and the main destructive force of a hurricane is the wind. The first category — 74—95 miles per hour (33—42 meters per second or 64-82 knots) — indicates minimal damage, and the fifth one — more than 157 miles per hour (more than 70 meters per second or more than 136 knots) — is catastrophic.
There are around 86 tropical cyclones form every year, half of them become hurricanes or typhoons, and around 20 — super typhoons, or major hurricanes — the most destructive cyclones.
Every country and region in the world has meteorological services that, among other things, study cyclones. On their sites, you can find more information about hurricanes and typhoons. For Atlantic and Pacific Cyclone seasons they are:

If you live in the area affected by hurricane or typhoon, follow all precautions recommended by your local police, fire department, medical services, and other official government organizations to minimize the impact of the cyclone. Contact the appropriate services if you experience difficulties.
On the covers of the articles above, you will see tracker and live map of an active hurricane or typhoon. On each cover, there is also a weather forecast for the next 10 days. Check also the weather forecast in your region in Windy.app for iOS and Android. In the app, you will see the same tracker and live map.
Some astronomers believe that the gas giants of Jupiter and Saturn have storms like on the Earth. But this is not known, exactly. 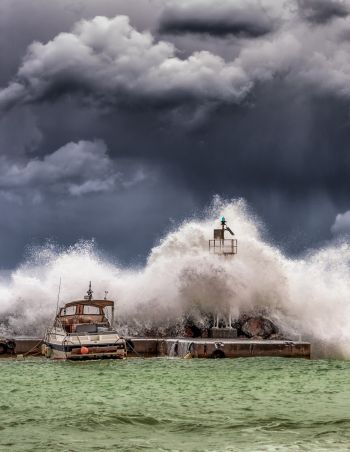