In this new lesson of the Windy.app Meteorological Textbook (WMT) and newsletter for better weather forecasting you will learn more about volcano and how it works.

Structure of the Earth

First — let’s take a look on the structure of the Earth. Imagine an egg — a firm shell, a mantle, a solid core.

The mantle’s temperature is extremely high — thousands of degrees. The closer to the core — the hotter. The pressure is high inside the planet due to its own weight which makes the mantle thick. It is stirred continuously due to the temperature difference. It’s like water boiling in a kettle but much slower.

The lithosphere is the shell, it includes the crust and the uppermost mantle. The mantle moves along the crust and so do the bits of the shell (tectonic plates). They can bump into or crawl over each other. By the way — that’s how mountains and mountain ranges appeared.

The part of the plate which is underneath the other one after the collision submerges into the mantle and starts melting. That’s how magma is created. It’s a thick mass of melted measures with gases and water vapor.

Magma is lighter, that’s why it moves upwards and accumulates in the so-called magma chambers. They are located along the plate collision line. 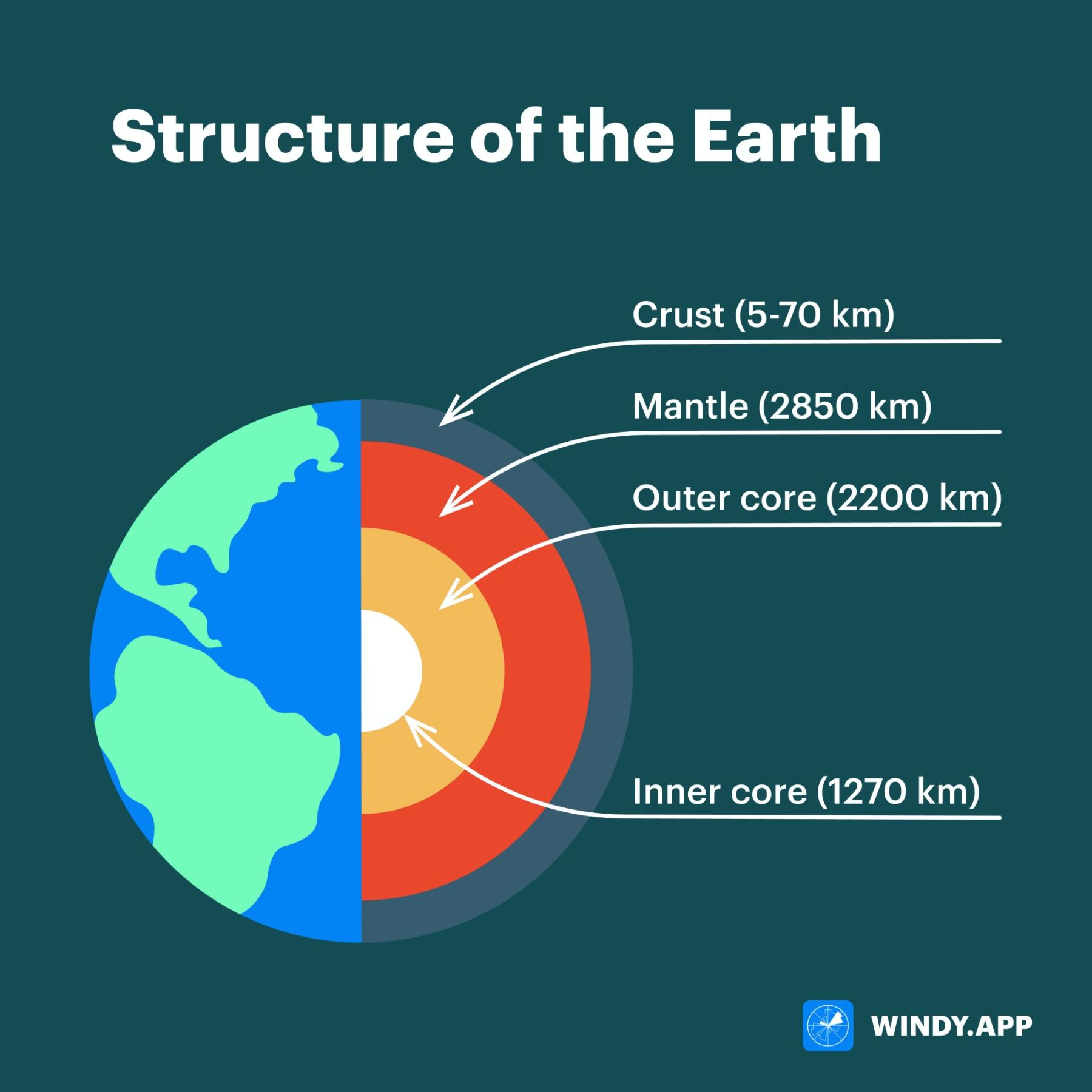 Magma is accumulating more and more, occupying all the space available and moves up through the cracks. It’s like dough breaking through the top of the cooking pot.

Eruptions are often accompanied by explosions and bangs due to degassing. When you open a soda bottle it produces a bang and a small stream of smoke or even foam. Something like that occurs during an eruption.

In other words, magma is under pressure just like soda in the bottle. Magma breaks out at places where the core isn’t fully ‘shut’, blowing out the volcano’s cork. The firmer it is, the more powerful the eruption is.

Rising up, magma loses gases with water vapor and turns into lava.

When the valve or the ‘cork’ is blown out, the pressure in the upper part of the volcano drops sharply. In the lower part, where pressure is still high, gas bubbles appear (the higher it gets, the more bubbles there are). The bubbles move upwards taking magma with them. A foamy mass appears close to the top. Magma degassing is over at the top where, after bursting away, it turns into lava, ashes, hot gases, water vapor and rubble.

The pressure at the chamber drops and the eruption stops. Thus, the more powerful the first outburst is, the shorter the whole process will be.