What is thermohaline circulation

It is due to the different water temperatures that the ocean has warm and cold currents. They can be compared to warm and cold rivers in the ocean. If a ’river’ flows from where the ocean is warm to where it is cold, it’s a warm current. In the warm current the water is warmer relative to the surrounding water mass (it is like a warm “river” in a cold ’sea’). A cold current is a cold “river” in a warm “sea”.

The global conveyor is a continuous belt that includes part of the surface currents and part of the underwater (deep) ones. The red belt represents warm currents on the surface of the oceans, the blue belt — cold currents at the ocean floor. 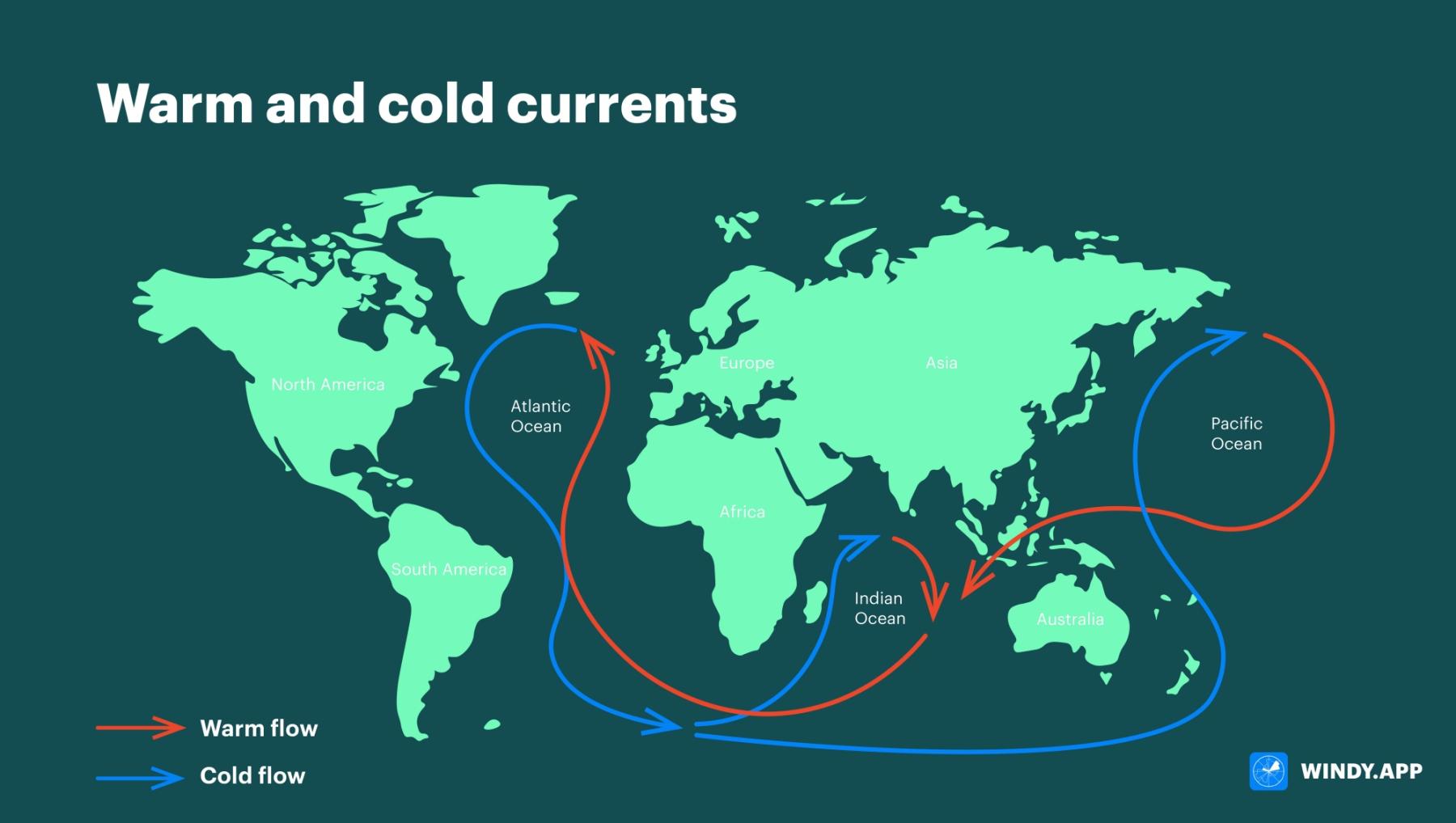 There are several places on the map where the red belt changes its direction and turns to blue — these are the places where surface waters sink to depth. 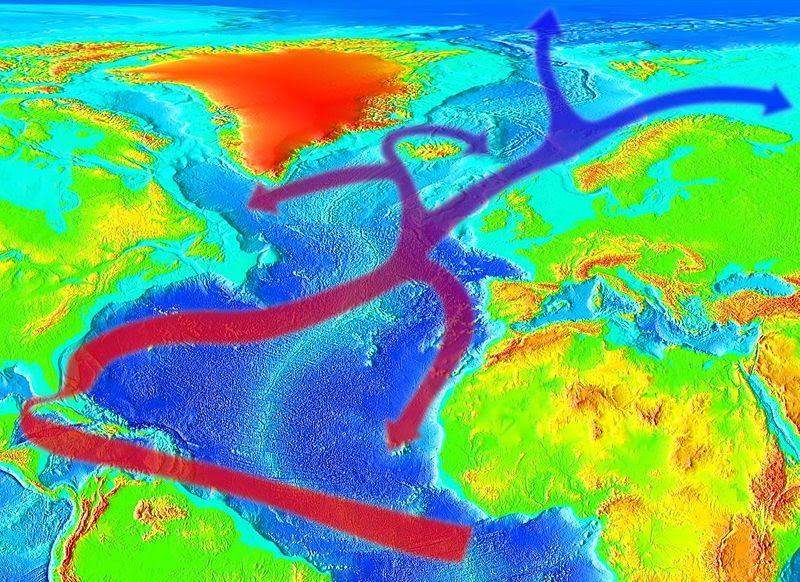 It is formed in the tropics, where it’s very hot. The Gulf Stream carries warm water and because of its high temperature it evaporates intensively. Evaporation removes water particles and leaves salt particles that are always present in the ocean. It increases the salinity of the current. The Gulf Stream cools down slowly as it moves north. Why? It is now heated up less by sunlight (but still evaporates, and it always cools down when it evaporates) and also mixes a little with the colder water around it.

Already a little cooler, but still warm, it’s now the North Atlantic Current (the continuation of the Gulf Stream in the North Atlantic). This current, as an extension of the Gulf Stream, already has a high salinity, but as it approaches the water freezing border (in the very north of the Atlantic Ocean, off the coast of Greenland) the salinity increases even more. When the ocean freezes, water molecules are organized into a crystal lattice in which salt crystals are “not accepted”, i.e. the salt is displaced into the surrounding water mass, and the water becomes more salty. Our warm and salty North Atlantic Current receives even more salts and the salinity of these waters is higher than the salinity of the surrounding water mass.

Also, by the time the North Atlantic Current is off the coast of Greenland, it has cooled down even more (although it remains relatively warm).

As salinity increases and temperature decreases, the water density grows and the North Atlantic Current water is now denser than the surrounding water mass. The denser the water, the heavier it is. This heavier water begins to sink (surrounded by less heavy water) to the bottom of the ocean.

The cause is clear now, but what happens after that? The water starts to flow in the opposite direction, i.e. to the south of the Atlantic — this is how cold deep water currents in the Atlantic Ocean occur. Part of this water only rises to the surface in the Pacific, and it is believed that this happens about 1.600 years after the water mass has submerged!