In sailing, it’s easier to choose a day without an event than to make a complete list of them. But we tried.

In this post, check the best sailing events of all kinds, from an old annual week-long competitions to around-the-world solo races and regattas, world championships, and the sailing Olympics program. All in all, we have collected 12 of the most important such events.

Follow the links under the descriptions to read more about this or that event and how to participate in it, if you are a sailor or want to become one.

One of the strongest ocean races in the world and the biggest Australian open-air sailing festival is timed to Boxing Day. The race is starting in Sydney, New South Wales, and finishes in Hobart, Tasmania. The distance is approximately 630 nautical miles. For example, in 2020 the regatta was held for the 76th time. Over the years, it ranks in world status with Rolex Fastnet Race, Newport to Bermuda Race. Members of the Cruising Yacht Club of Australia have repeatedly become champions of numerous regattas around the world.

This spectacular regatta was developed in 1969 as an initiative of the yacht club Società Velica di Barcola e Grignano to end a sailing season. The Barcolana, with over 2,689 registered yachts, marked a new Guinness World Record and became officially the “Largest Sailing Race in the World” in 2018. All participants are divided into groups (divisions) according to the overall length of the yacht. Thus, professionals and sailing enthusiasts can take the same start which makes the event especially exciting to follow the results.

The world’s largest offshore race, the classic Rolex Fastnet Race, is also considered to be one of the most difficult offshore regattas in the world. But this does not prevent it from being also popular among yachtsmen. For example, in 2017, 362 yachts from 20 countries of the world were registered. In 2018 340 places in the IRC division were picked up in 4.5 minutes after the opening of the reservation. The remaining applications have been filed in Class 40, IMOCA 60, Volvo Ocean 65, and classes of multihulls. The regatta is held by one of the UK’s oldest yacht clubs, the Royal Ocean Racing Club (RORC).

The King’s Cup is now a highlight on the international sailing calendar. Competitions have been held annually since 1982, and over its 36-year history, it has gained the status as one of the most popular well-run, and renowned in the Meditteranean. The King’s Cup is played for six days, five of which include short-course racing in the Olympic loop and one day includes a coastal race of 30 miles. It features the highest level of competition for 100+ teams. Organizers of the regatta, the El Real Club Náutico de Palma, successfully gather participants of America’s Cup, Olympic medalists, and other world’s best sailors as well as hundreds of sailing lovers together. 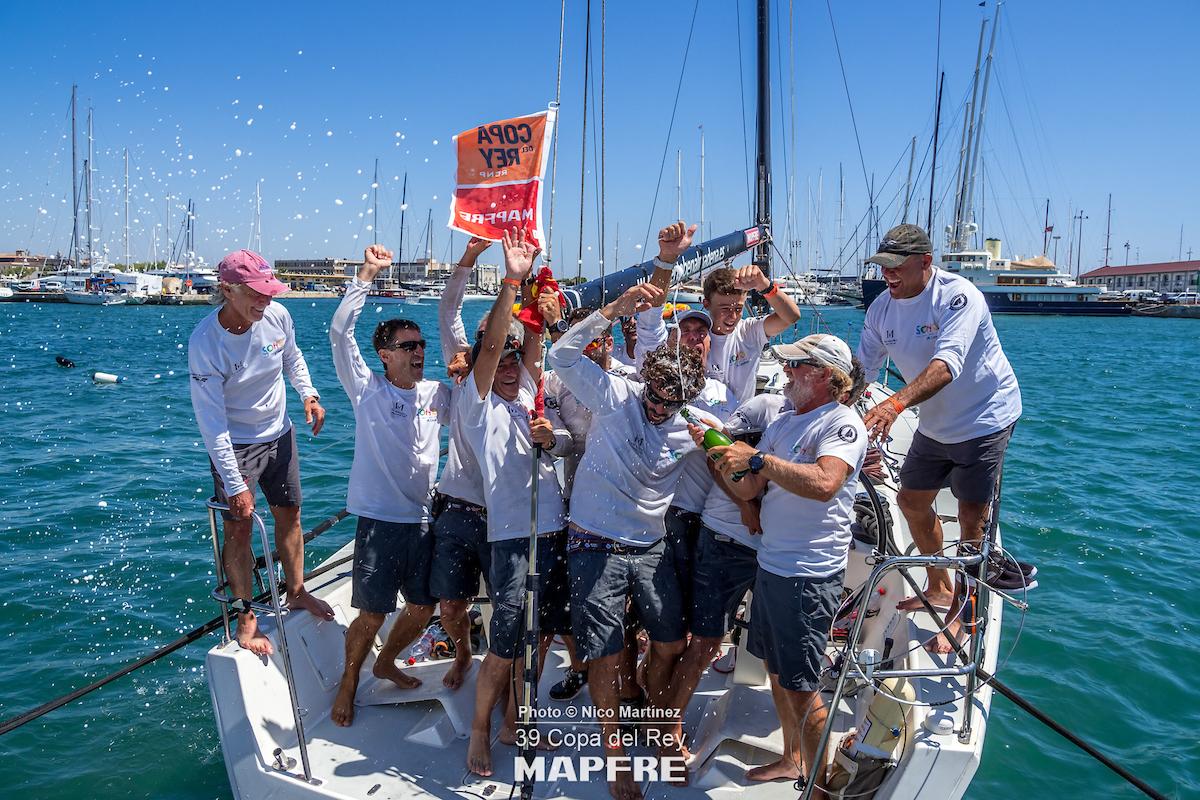 Cowes Week is one of the oldest regattas in the world. It first took place in 1826 and outrun such top events as America’s Cup — by 25 years, and Kiel Week — by 56 years. For example, in 2020 a Race Village of the Cowes Week opened its doors on the 8th of August. The general scale of the regatta is amazing: more than 1,000 yachts take part in competitions, bringing together on the water at least 8,500 yachtsmen. The entry list varies from professional sportsmen performing in Olympic and professional sports classes to those who go to sea on cruise yachts at the weekend.

The Kiel Regatta was founded in 1882. This annual sailing event is not only one of the largest sports regatta in the world, but also it’s bringing millions of people from all over Europe to the largest beer/wine festival combined with a traveling funfair in Germany — Volksfeste and the biggest tall ships convention for German and international traditional (mainly sailing) ships. The Kiel Week gathers every year more than 5,000 sailors on around 2,000 vessels in different divisions — Olympic, international sports classes, and tall ships. On the last day before the Closing Ceremony, more than 100 traditional ships and hundreds of yachts are participating in the Tall Ships Parade that was established in 1972, when Kiel hosted the Olympic sailing competitions.

The only solo sailing race around the world that is also non-stop and without assistance. For example, in 2020 competitors raised their sails in November, in the recognized mecca of the world sailing, the city of Les Sables d’Olonne, Département of Vendée in Western France. The first edition of the regatta was in 1989 and only thirteen sailors submitted the race that race. Last time, over the eight seasons of this difficult trial of professionalism and willpower, 167 competitors took the start and only 89 of them were able to finish.

The Transpacific Yacht Race (Transpac for short) has been organized every two years with rare exceptions since 1906. The race starts at Cape Fermin near Los Angeles and ends at Diamond Head Lighthouse in Honolulu. Yachtsmen pass about 2225 nautical miles. For the length of the distance on the West Coast of the United States, the Transpac is behind only the offshore Vic-Maui Yacht Race (2308 nautical miles) on the Victoria (Canada) — Lahaina (Hawaii) route. 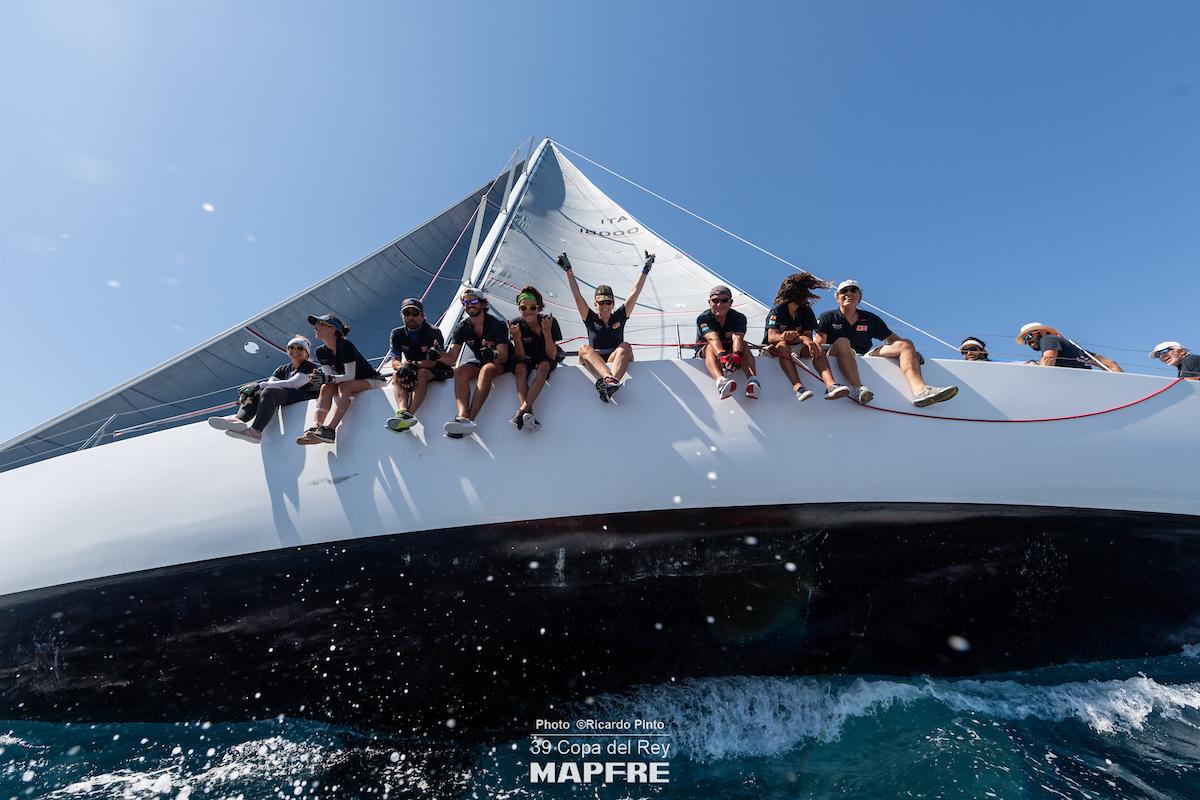 America’s Cup match race is one of the oldest and most prestigious trophies in the sailing world. It was first held in 1851 and outrun the Football World Cup by 20 years and the modern Olympic Games — by 45 years. It’s awarded to the winner of the series of match races between two sailing yachts. One of them is a defender of the yacht club, who holds the trophy, and another one is a challenger. For example, in 2020 a circuit of preliminary regattas was raced around the world. First America’s Cup World Series regatta took place in Sardinia, Italy, at the end of April 2020. A Christmas Regatta in Auckland, New Zealand, culminated in the preliminary circuit before the main selection regatta of the PRADA Cup (Challenger Selection Series).

The world’s leading Grand Prix monohull circuit TP52 World Championship was developed in 2011 by owners of three key teams: Quantum Racing, Azzurra, and Rán Racing. It is one of the five sailing events of a larger 52 Super Series. For example, in Cape Town, South Africa, in 2020, there was a mix of stand-alone TP52 regattas that included six events, but also these high-performance sailboats will participate most prestigious regattas such as Copa del Rey MAPFRE, PalmaVela, Rolex Middle Sea Race in an own TP52 division. It was the very first visit of the TP52 fleet to South Africa, so was highly supported by local owners as well as well-known local organizers.

IRC/ORC World Championships is a combined sailing championship of the three major sailing organizations: UK’s Royal Ocean Racing Club (RORC) and the French Union Nationale pour la Course au Large (UNCL), which both hold an International Rating Certificate (IRC); and an Offshore Racing Congress (ORC). Respectively, ORC and IRC ratings are used for scoring results in three classes defined by the size and rated speeds of yachts. Usually, competitions include 2-3 offshore or coastal races and 6-7 inshore races. For example, in 2020 IRC/ORC Worlds was planned to take place in New York Yacht Club but was canceled because of the pandemic. It was the first time when the championships were supposed in the United States since the IMS World Championship in 2000.

This post is an updated version of a text, which was first published on the Windy.app blog on October 22, 2019, and which was telling about the main sailing events in 2020.

The guide to the different types of sailing regattas

The collection of articles about sailing, yachting and boating