The system using VR-technologies detects and records movements of professional athletes, then simulates them and shows them to a person wearing a special VR-helmet. Looking at the simulation a skier can repeat the pre-recorded movements, scientists of the Tokyo Institute of Technology said at the VRCAI 2019 conference.

They also added that this kind of technology solved one of the main problems in ski training  — necessity to have a special place with defined weather conditions. Users will be able to train anytime, anywhere. 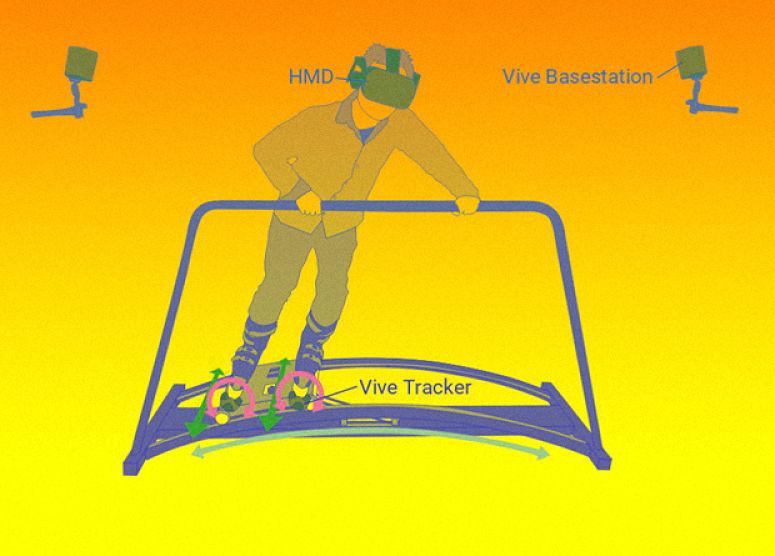 The new product is called VizSKi and is built upon already-existing ski-training devices that allow users to imitate skiing movements while standing on a special platform. One of the devices was connected to motion-capture cameras that followed movements of a professional skier. The taken video was then edited and used as a simulation. The second device was used to train a VR-helmet user who was supposed to see a virtual track and follow the pre-recorded skier that used the same virtual ski slope.

The tech was tested with help of 81 volunteers, all of them were positive about it. They noted that it was almost impossible to repeat every movement of an instructor on a real ski slope in real time and VizSKi allowed to do it.

The collection of articles about skiing and snowboarding in 2021