How a tsunami appears

Sometimes waves come ashore that can take down an entire city. We call them Tsunami. But how do they appear? In this new lesson of the Windy.app Meteorological Textbook (WMT) and newsletter for better weather forecasting you will learn more about tsunami and how it works.

Not just any big wave

The Earth beneath us is made up of huge plates that stretch for thousands of kilometers — tectonic plates. These plates are in constant, though very slow motion.

At their contact points, the plates push against each other, causing one to go deeper underground and the other to rise.

But sometimes the edges of the plates get stuck in each other, and then the pressure starts to build up rapidly at the break point. To understand what happens next, imagine taking two planks and pressing their uneven ends against each other with all your strength — sooner or later one of them will come off and you can even get hurt.

Roughly the same thing happens underground, only the edge of the plate “comes off” with such force that it causes an earthquake, and if it happens at the bottom of the ocean, it even lifts a part of the ocean above sea level a little!

The gravity of the Earth, however, pulls the water back down, and the water sinks — but it also sends waves of tremendous power in all directions. Such waves, capable of reaching lengths of hundreds of kilometers and speeds of 800 kilometers per hour, are called tsunamis.

While ordinary waves and tides are generated by the wind and tidal forces of the Moon and the Sun (read how tide works), tsunamis are always associated with the abrupt movement of huge amounts of water as a result of a particular event — mainly the “coming off” of subterranean plates, but also underwater volcanic eruptions and underwater landslides. 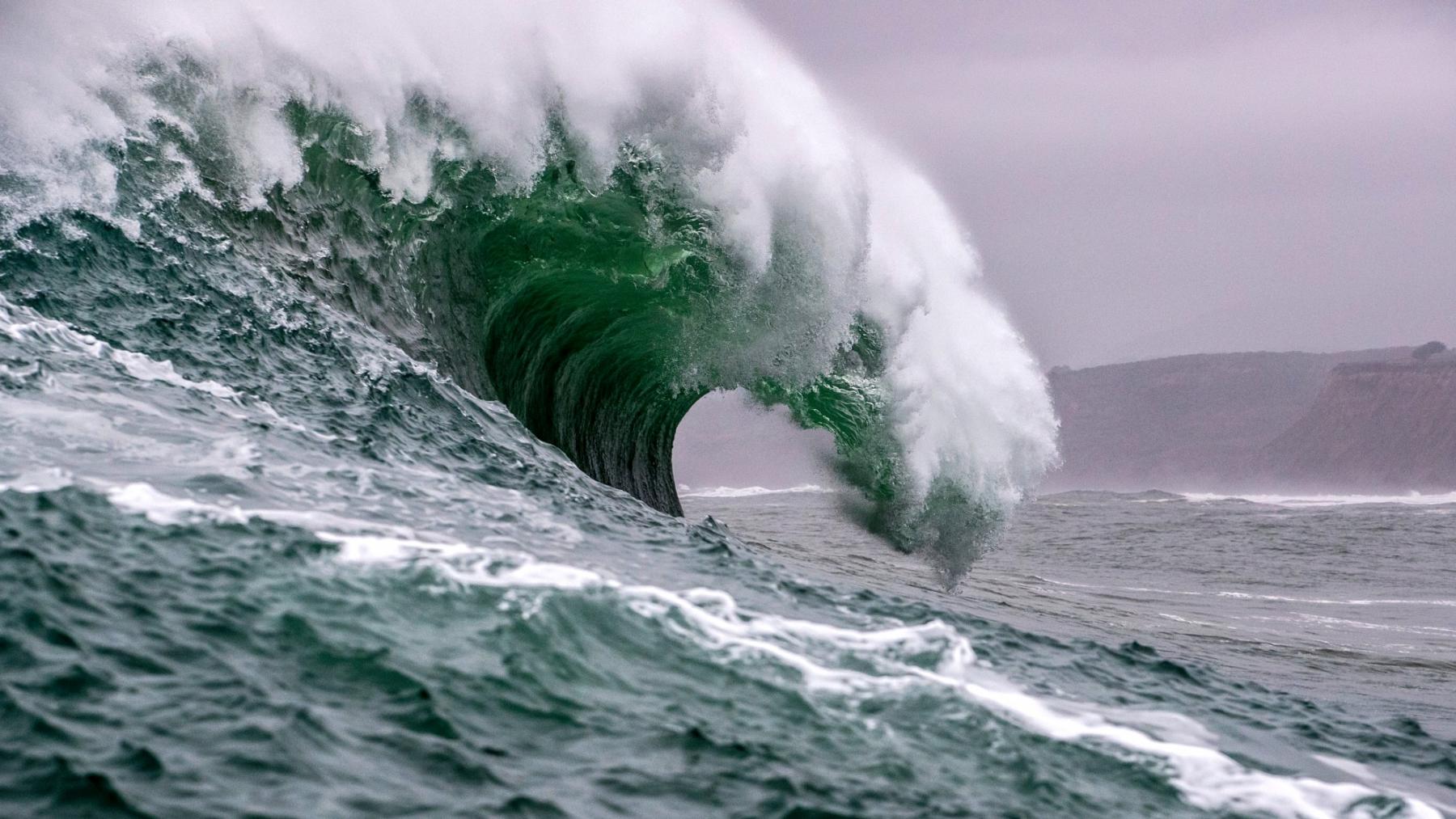 It is easy to imagine a tsunami as a giant wave 50 meters high, but in reality such a wave is so stretched across the surface of the ocean that it rises only slightly above sea level while moving over greater depths. That’s why it’s hard to notice it in advance.

When the tsunami reaches the shore, the situation changes. After all, the closer the land, the shallower the depth, and the wave has to move somewhere — the energy in it does not always have time to simply dissipate. Forced to move further, the tsunami wave quickly increases in height near the shore.

But even then we do not get the picture from Hollywood movies: even near the shore the tsunami does not look like a many meters high wall of water, but rather like a rapidly growing tide. The maximum height of a tsunami near the shore can be up to 30 meters, but it is rare.

It is a different story. Unlike a tsunami, a megatsunami does not occur after an underwater earthquake, but when a huge mass of rock falls into the water and pushes it upwards — after a landslide, for example. Waves over 500 meters high are then possible.

A landslide in Lituya Bay, Alaska (1958) resulted in a 524 meters high wave — this was ascertained from the footprints that the megatsunami left on a nearby mountain.

Meteorites dropping into the ocean can also generate tsunamis, and if it is deep at the point of impact, the megatsunami can rise not just hundreds, but thousands of meters above sea level! But these are still the results of modeling: apparently, mankind has not yet observed such waves.

Waves resulting from a sharp drop in atmospheric pressure under extreme weather conditions. For example, during strong thunderstorms, squalls and storm fronts over the oceans: as the air presses less on the water, the water can rise slightly at its expense, forming compensating waves around it. Meteotsunamis are also dangerous, but they are rare and not as strong as regular tsunamis.

In the mid-20th century, some countries also experimented with underwater explosions, hoping to generate an artificial tsunami. But in the American tests, even a nuclear bomb explosion failed to raise the wave above 4 meters, and after an international ban such experiments ceased. 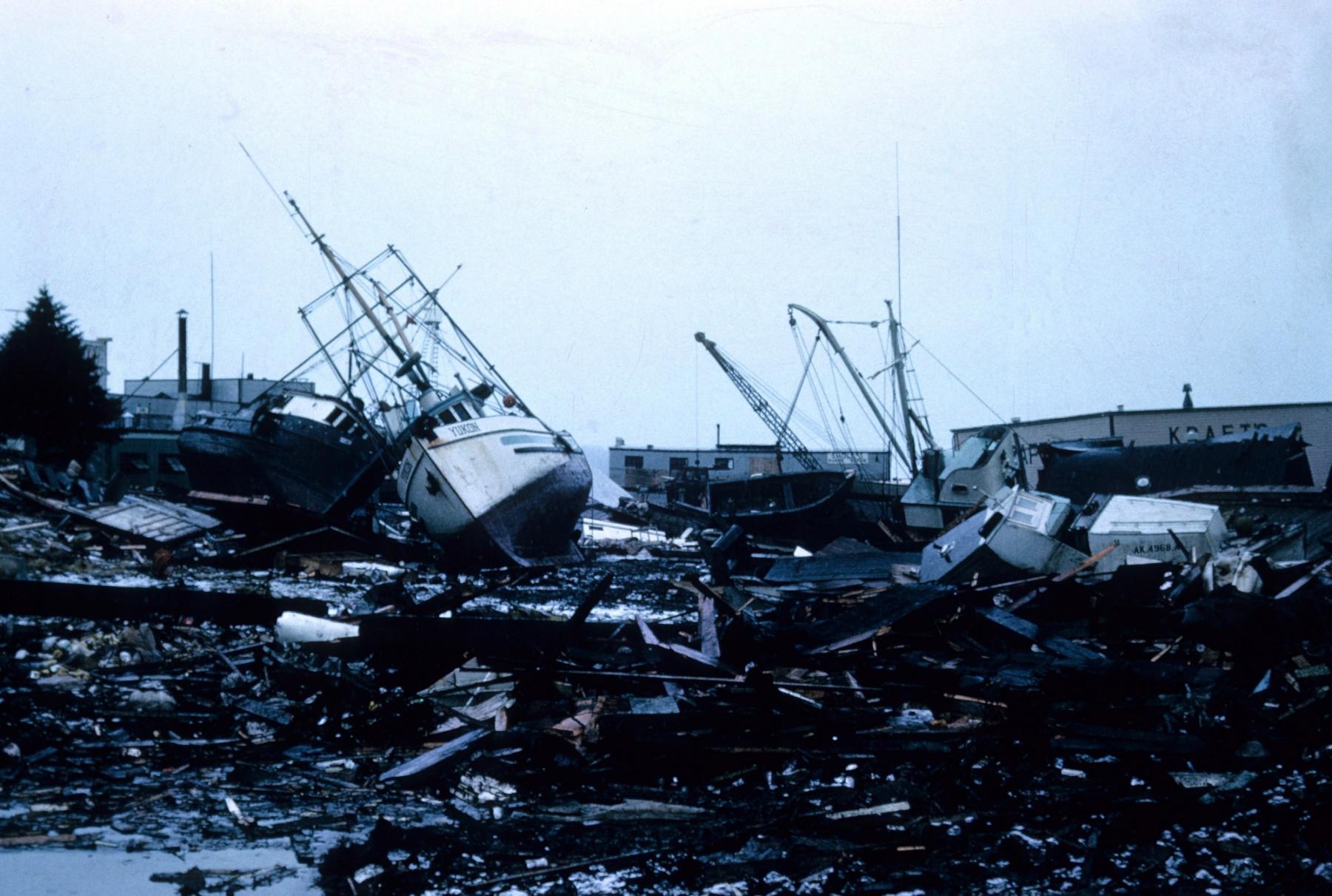 According to observations, 80% of all tsunamis occur in the Pacific Ocean. Apparently, this is caused by tectonic plate faults along the shores of the continents surrounding the ocean.

But in general, tsunamis can occur anywhere where there is a large mass of water. In Europe, for example, tsunamis are rarely thought of, although in 1755 an underwater earthquake and the ensuing tsunami almost completely destroyed Lisbon.

How to survive in the event of a tsunami?

Wherever you are, there are universal rules that greatly increase the likelihood of survival in the event of a tsunami.

For example, it is known that before a tsunami the sea recedes from the shore, exposing hundreds of meters of land that was under water just before that. As soon as you notice this, you should immediately run away from the sea, not towards it — you only have a few minutes to find a sturdy building and climb as high as possible. For example, on the roof of a hotel.

Usually, when a tsunami is approaching, it is recommended to climb 30 meters above sea level, or to move at least 3.5 kilometers away from the shore.

If there is not enough time and the water is already here, you should find something to hold on to as quickly as possible, such as a large tree or at least a car. It is also important to hold on to something, because after the tsunami water returns back to the ocean, and you can be carried away with it.

After the first wave hits, some people go back outside, but you should not do that — tsunamis consist of several successive waves with a period of several minutes to an hour, and the first wave is not always the strongest! Therefore, you should stay at a safe height until the local authorities announce that the danger is over.

Since tsunamis cause huge damage to coastal cities and can take thousands of lives, many solutions have been devised to protect against them — walls, flood-gates and canals are built in cities, and buoys with pressure sensors are placed in the sea that can detect and warn of an approaching wave.

Countries most at risk of tsunamis develop their own systems to detect and warn of the threat. Across Japan, for example, thousands of seismographs are located to quickly detect earthquakes, and special sirens have been placed along the coasts of many cities.

What Is The Dust Storm And How Does It Work?

Are Thunderstorms Dangerous For Flying?