What are light pillars and how are they formed

Today, we’re going to talk about light pillars, a beautiful optical phenomenon that only happens in very cold weather.

When particles of water vaporize into the sky and freeze in the high layers of the atmosphere, they turn into symmetrical hexagonal crystals that — the basis for snowflakes.

The hexagonal shape of the crystals is provided by the very structure of the water molecule.

The particles that make up the molecule easily combine with each other into a strong lattice of hexagons during freezing. 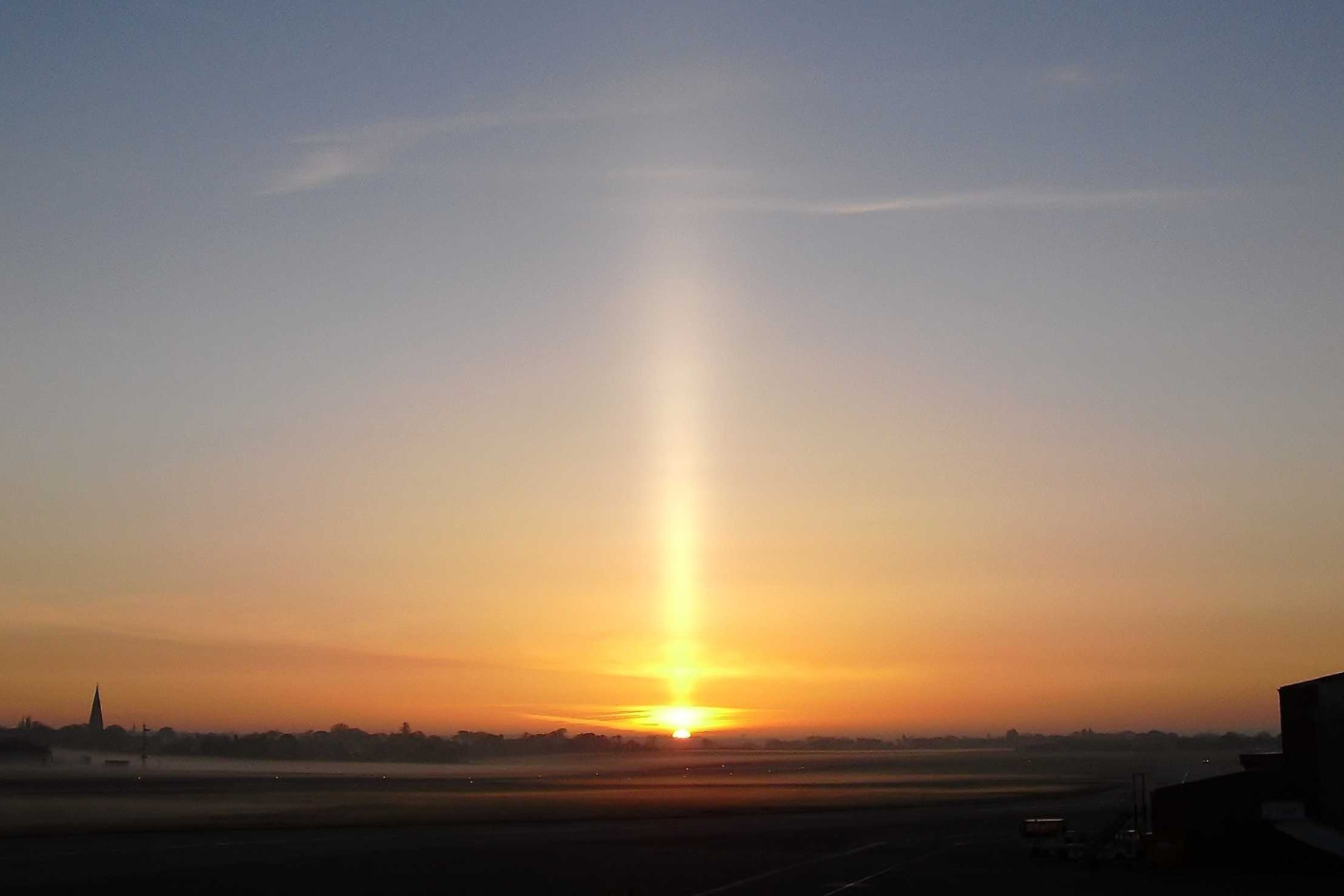 The ice crystals gradually falling to the ground bump into air particles, which slow them down and change their slope. If the crystal retains the correct symmetrical shape, the air makes the hexagons fall horizontally to the ground.

Since all ice crystals are capable of reflecting light, there are suddenly billions of identically oriented tiny mirrors in the sky. This is how light pillars appear, an optical phenomenon in which the Sun, Moon and artificial light sources seem to shine in giant pillars directly into space.

And all because the light from the source is reflected by thousands of ice mirrors into the eyes of the observer at an angle of 60 degrees. To the observer, it seems like the pillar is located directly above the source of light — say, a streetlamp, but this is an illusion: in reality, the pillar ‘appears’ somewhere between the observer and the source. 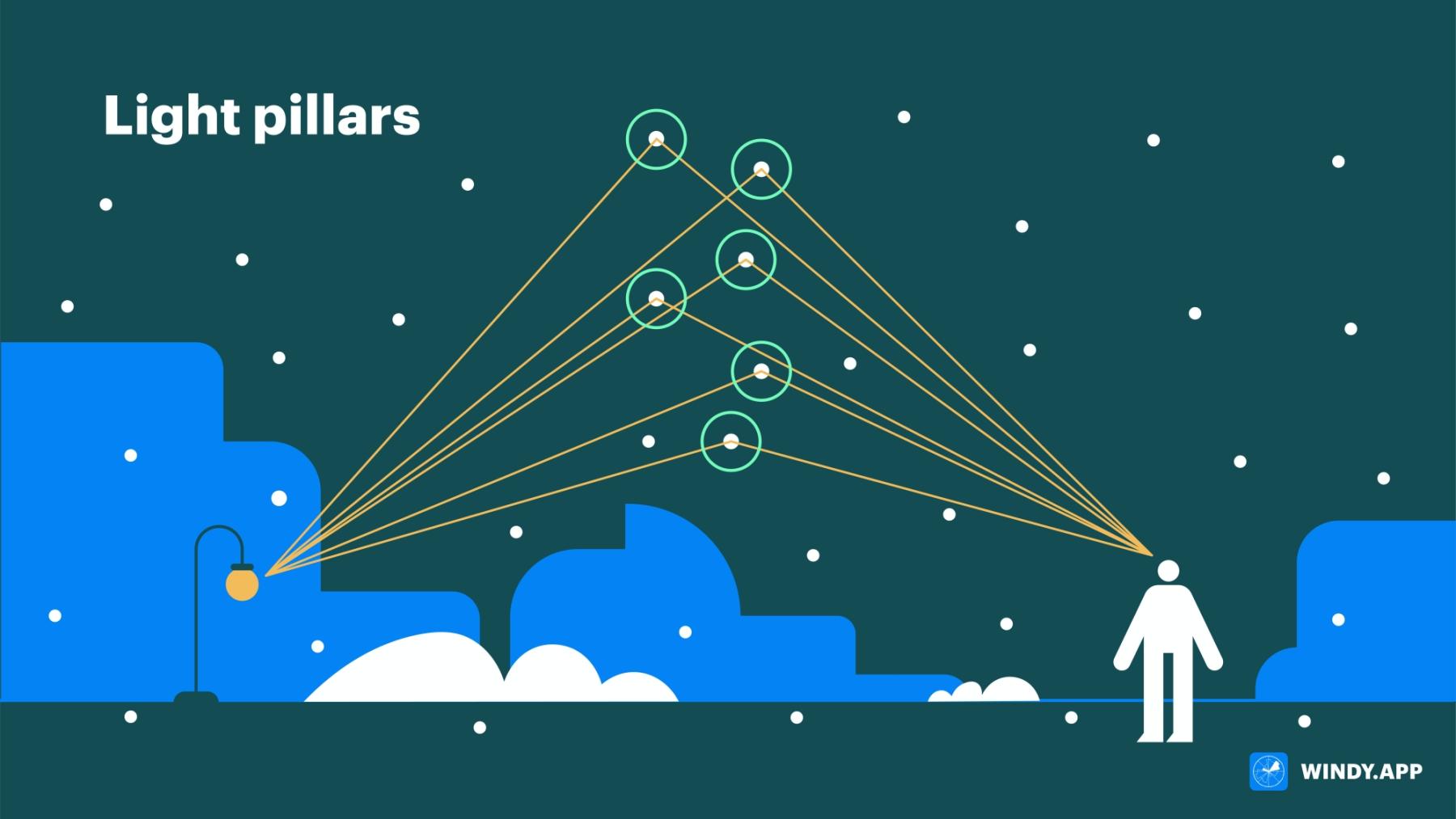 Where to look for light pillars?

Usually, crystals of the proper shape for light pillars — flat or columnar — are formed very high, in cirrus and stratus-cirrus clouds, that is, in the upper troposphere, at an altitude of about 10 kilometers. But at a sufficiently low temperature, they can appear even lower.

That’s why good conditions for light pillars include very cold weather and the absence of wind, so that nothing prevents the crystals from falling horizontally to the ground.

To see the phenomenon, you need to travel to regions where extreme cold weather is more common, like Alaska, Northern Canada, and Russia.

Illustration: Valerya Milovanova, an illustrator with a degree from the British Higher School of Art and Design (BHSAD) of Universal University

You will also find usefull

Snow and ice pellets — two other types of frozen precipitation

What is a brinicle — the underwater stalactite