The summer of 2022 was particularly hot — so much so that meteorogists started giving names to heat waves, as if they were hurricanes. In this lesson of the Windy.app Meteorological Textbook (WMT) and newsletter for better weather forecasting you will learn what causes heat waves.

​Too hot for too long

Hear wave is a type of extreme weather. There are various definitions for what a heat wave is, but this one is the most used: if temperatures above 35 ºC or 5 ºC above mean temperatures for this territory at this time of the year, hold for three days or longer, it is considered a heat wave.

That is, this term is relative: what a heat wave is for Europe, can be normal for tropical regions. Definition peculiarities, however, don’t make the phenomenon less dangerous.

​And we are not just talking about personal discomfort: aside from provoking heat strokes and worsening the state of people with many other conditions, heat waves can harm ecosystems, cause droughts, make rivers dry out, and cause forest fires to become more frequent, as well as destroying supply chains.

​A high air pressure zone “traps” the heat close to the ground: an anticyclone doesn’t allow hot air to rise, making the lower layer of the atmosphere heat up. 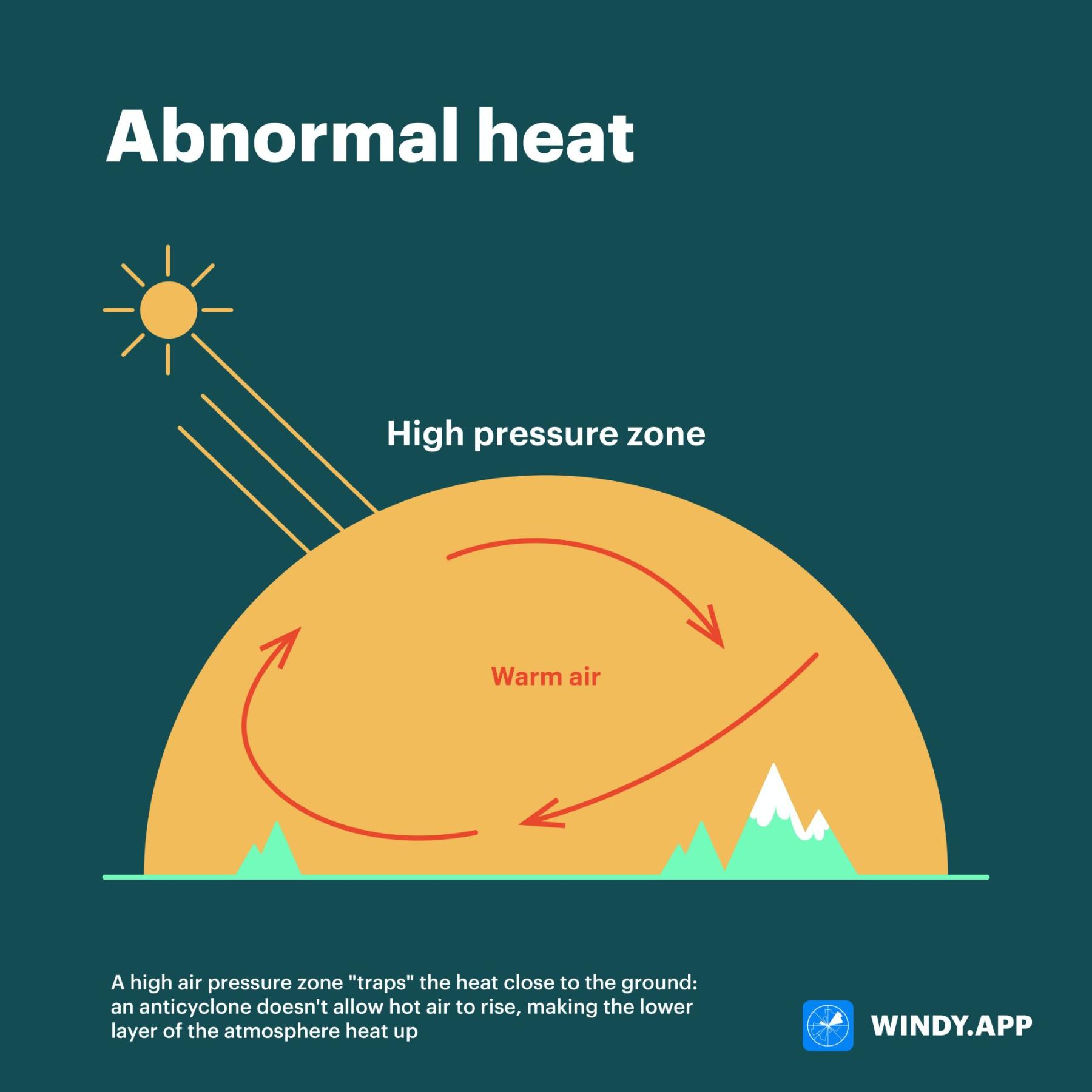 ​As a rule, such devastating heat happens when an anticyclone, or a high air pressure zone, is formed in the middle levels of the troposphere.

This means that a dense “cap” of heavy cold air appears high above ground level, slowly sinking down to a lower pressure area.

This blocks the rising of warm humid air, preventing cloud formation and rainfall. The warm air returns to the ground, and since there are no clouds, more solar radiation reaches the ground, heating it even further.

The descending colder air is pressed down by the anticyclone, and it also slowly warms during its descent.

​In other words, this “cap” of dense air traps the heat next to the ground, where it becomes hotter and hotter. In summer, anticyclones move slower due to weaker jet streams, making heat waves last longer.

​Why does Europe have it so hard?

​​Even though heat waves aren’t a recent thing, climatologists have noticed that since the 1950s, they have become much more common, due to climate change. In Europe in particular, this trend is developing 4 times faster than at the same latitudes anywhere else around the globe, as measured both by frequency and heat intensity.​

According to a recent study, the reasons for the European anomaly are not fully clear, but two factors could be at play: climate change, and the separation of the jet streams over Europe into two halves. 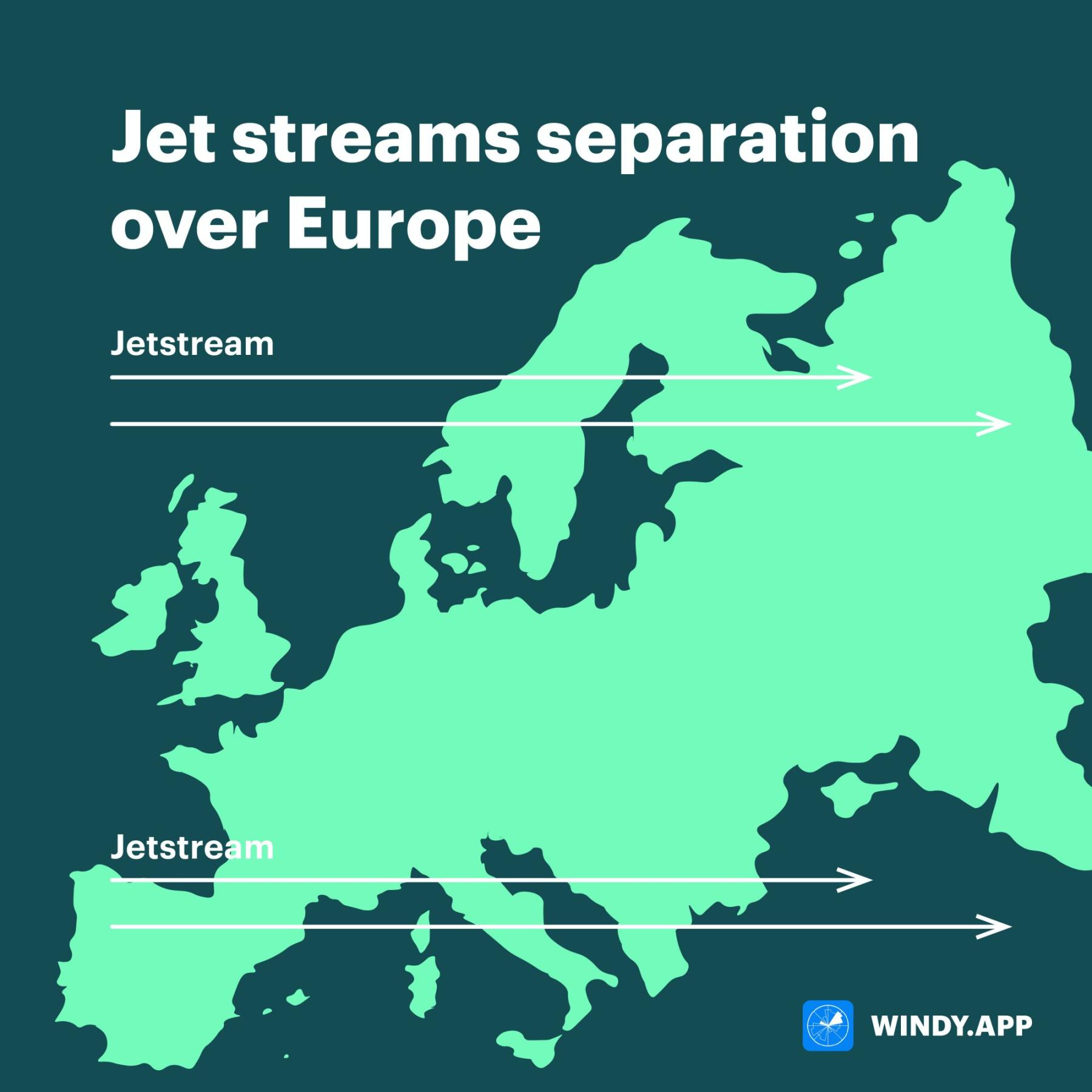 The authors suggest, however, that the increased frequency of jet stream separation over Europe might itself be caused by climate change.

Just to remind you, jet streams are very strong winds that blow at a height of about 10 km, and separate air masses of different temperatures.

According to scientists, a weak wind zone can form between the two streams, resulting from a separation of the jet stream over Europe (one part in the North, and the other part in the South), which is exactly what slows down the movement of the dense air “cap”, prolonging the heat wave.

Massive heat waves have also happened in the past. According to some estimations, the excessive, that is, above average values, mortality rates in Europe during the heat wave in the summer of 2003 exceeded 70 thousand people.

In July and August 2022, the heat in Europe broke previous records, and made history. Many European rivers that serve as important shipping lines, including the Po, Italy’s longest river, are literally drying up. The German Rhine and the British Thames also lost significant depth and volume. Aside from the problems with thedroughts themselves, this is threatening the regions with food and energy supply problems. 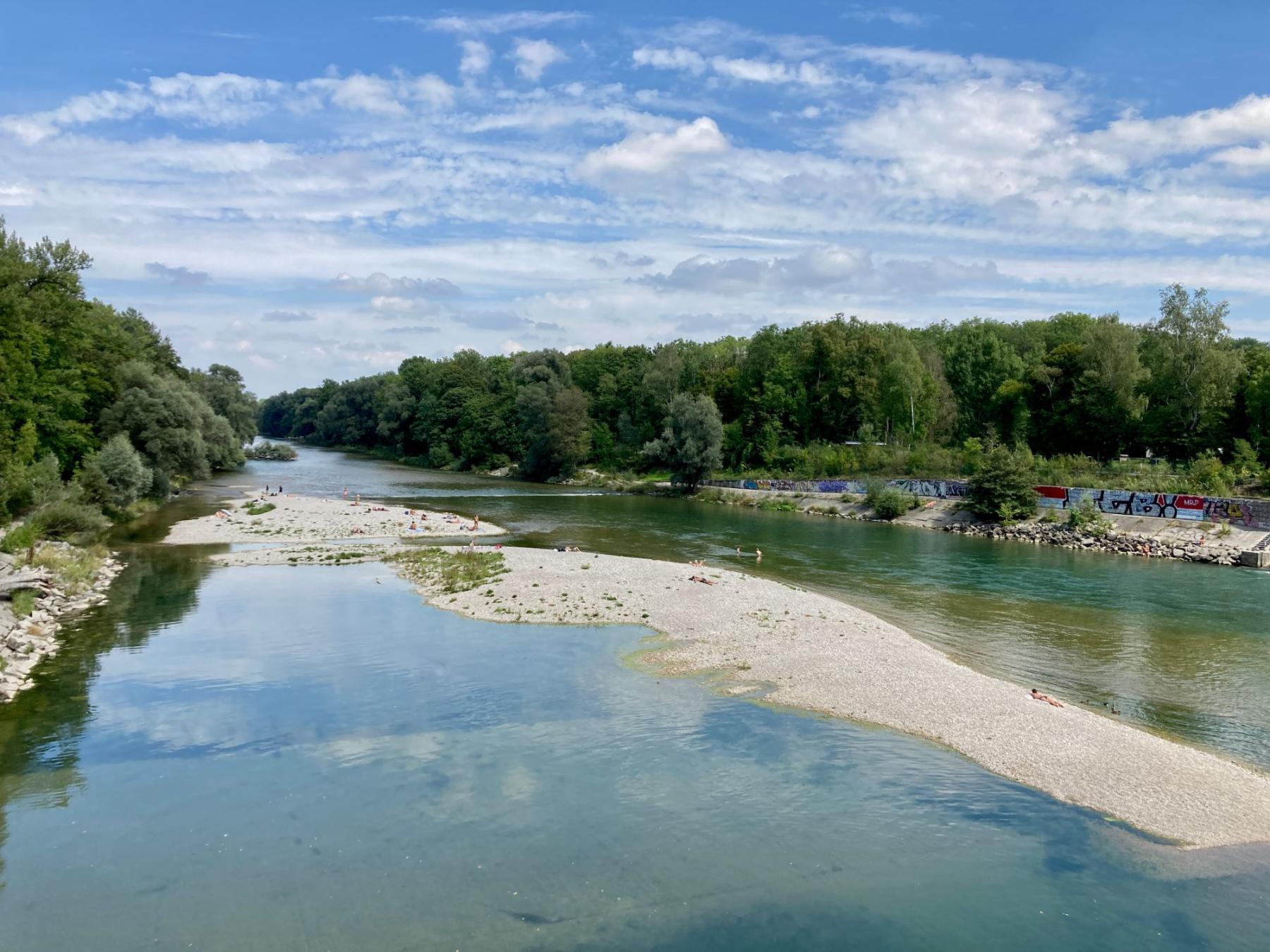 The Isar River, one of the main tributaries of the Danube, which flows through Munich, the capital of Bavaria, Germany, has also become shallower. All summer long, people have been sunbathing on the resulting shoals and swimming in the river, which is usually cold and does not allow it. Ivan Kuznetsov

​Secondly, we can’t forget about temperature records, of course. In Great Britain, thermometers hit 40ºC, for the first time in observation history. Many European countries spent weeks fighting forest fires. The Iberian peninsula possibly was the most affected: in mid-July, Spain and Portugal had several days with temperatures over 45ºC.

​This summer, Spanish scientists were the first to suggest naming this heat wave, in a similar fashion to how particularly strong hurricanes are named.

​They decided to start from the end of the alphabet and chose to name it Zoe. This name will now represent those two weeks of horrible heat in July 2022. Considering that heat episodes are getting more and more common, this might become the new norm.

​The widening of the Azorean anticyclone, located in the North Atlantic well off to the west of the Spanish coast, was named as the culprit of this year’s abnormal heat in Europe.

What to do during a heat wave

​In general, attributing death to heat is not an easy task, as very often people die during a heat wave because of complications of their pre-existing chronic illnesses. The biggest danger to a human body during extreme heat is hyperthermia, that is, a heat stroke, when high air temperature prevents the body from cooling down properly, even at night.

The elderly, small children, and obese people are the most vulnerable to hyperthermia. The WHO advises drinking a lot of water, spending less time outdoors, closing the curtains and the blinders to “trap” cooler air inside, wearing light and lose clothing. You should also avoid alcohol, caffeine, and drinks high in sugar, and whenever possible, refrain from heavy physical work outside.

In case of dizziness, sudden tiredness or fatigue, or other symptoms of a heat stroke, it is recommended to spend 2-3 hours in a cool place.

The good news is that heat waves are predictable: anticyclones are easily trackable based on the data collected by satellites, ships, and meteostations, and their development is successfully modeled with computer simulation programs. Currently, scientists are working on new models that, if everything goes well, will allow us to predict heat waves not only weeks, but months in advance.

Where does the halo effect come from