Where do mirages come from

Some people mistakenly think that a mirage is a hallucination, our brain wants to deceive us. In fact, this is not the case and the mirage can be explained from a scientific point of view. Mirage is refraction of light streams at the boundary between layers of air, varying in density and temperature. In this new lesson of the Windy.app Meteorological Textbook (WMT) and newsletter for better weather forecasting you will learn more about what mirage is, how it works and where to hunt for them.

Not a hallucination, but a game of light

Mirages may look weird, but it’s a real physical phenomenon. It’s easy to prove — any mirage can always be photographed or videotaped.

It’s all about the refraction of light. When a sunbeam passes through air with even density and temperature, there’s a straight line which is then reflected from the object and goes into our eyes. As a result, we see the object where it is.

But if light has to travel to us between layers of air that are very different in temperature and density, the beam refracts and we no longer see the object as clearly or where it really is. In other words, we see its mirage. 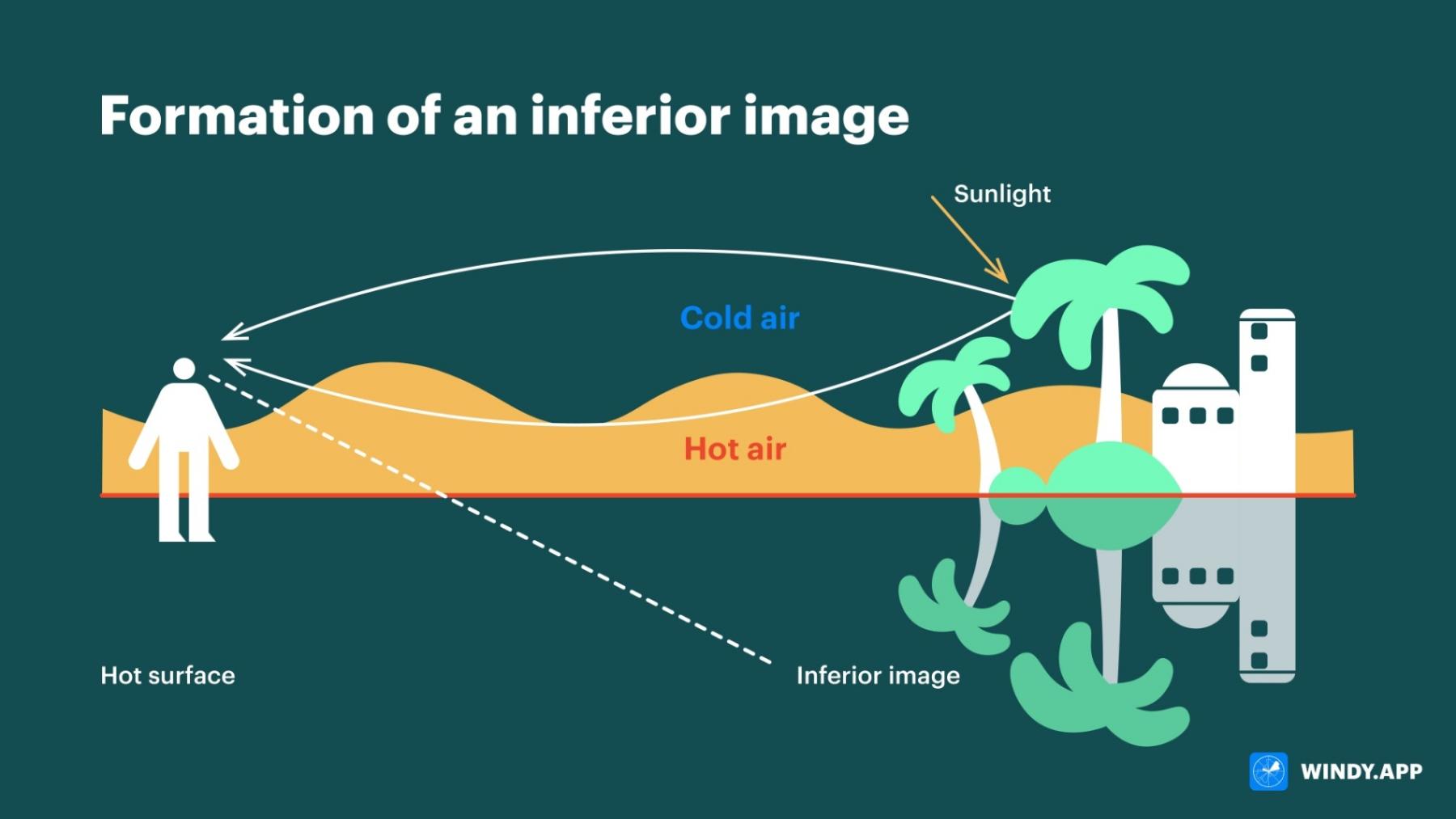 What kinds of mirages are there

Light consists of photons. Photons literally cut the path: in environments with different densities they pass faster if they follow a curve rather than a straight line. In particular, photons move faster through warm air as it is less dense than cold air.

If the ground gets warm enough under the influence of the sun, light from higher and colder areas starts to cut the path through warm air at the surface and then reaches our eyes — and we see mirages of objects below their actual location. These are inferior mirages, they’re the most common — for example, in deserts.

Inferior mirages often reflect the sky, which gives us the illusion of puddles or whole lakes. 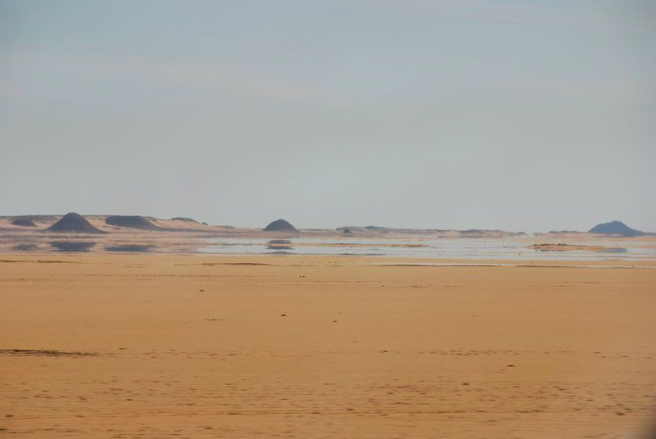 In cold regions, the opposite sometimes happens: the ground is much colder than the air above it. In such cases superior mirages occur — we see reflections of objects above their real location. Interior mirages 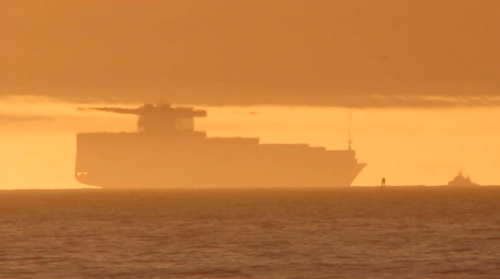 Of course, this is a superior mirage of an ordinary barge, not a Star Wars cruiser hovering above the sea

Superior mirages are more stable than inferior ones — they change more slowly and don’t disappear so quickly. But the third type of mirages is very rare — they change constantly and can disappear instantly — Fata Morgana. Such mirages occur when many layers of air at once alternate sharply in temperature. Fata Morgana greatly distorts the objects it reflects, creating the most bizarre images. 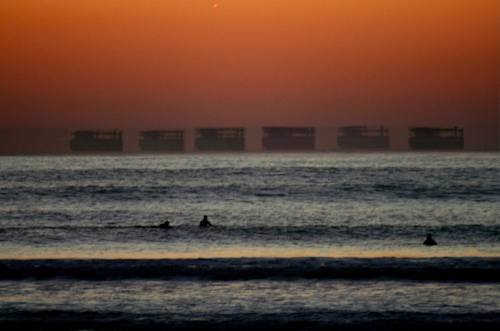 Instruction: how to find mirages