Wind barbs are symbols for indicating wind on weather maps. In this short article, you'll learn what it is, how to read wind barbs, and where to get a wind forecast with such a barbs.

What are the wind barbs?

Wind barbs are symbols on the map that show wind direction and speed at some specified location. It is a familiar format for displaying the wind to all meteorogists, yachtmen, and others. That's how it were drawn on the synoptic maps before, and so many people are used to seeing it. Now you can see wind barbs on digital maps, too. 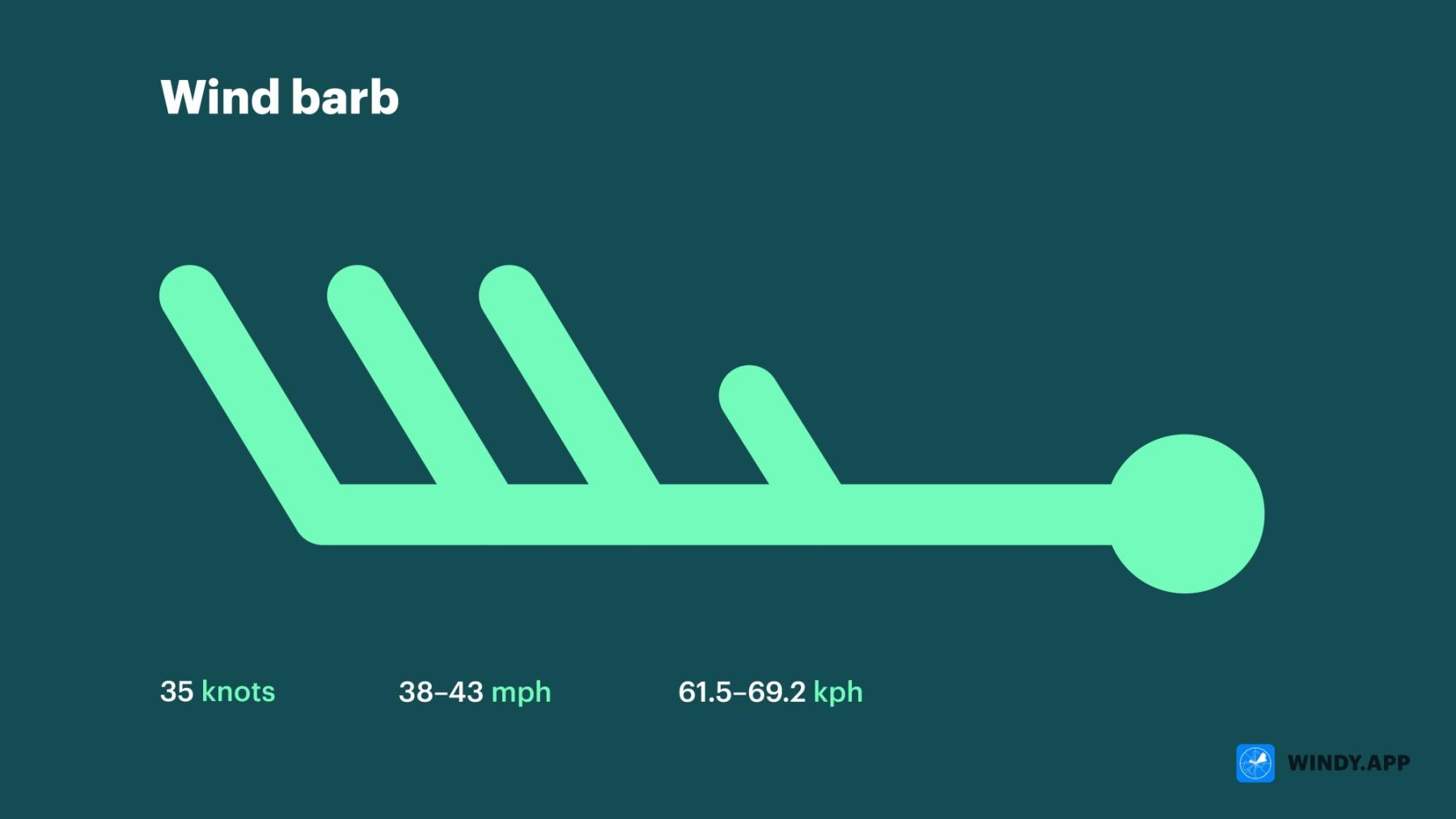 How to read wind barbs?

The barb has three parts: a long line, an extra lines on the long line (called "feathers") and/or triangles also called "flags", and most often a dot.

The circle with no lines (and no extra lines and/or flags) instead of a dot simply mean no wind. It is used when winds are 2 kts (mph) or less.

The wind direction is the position of the line in 360 degrees. In other words, the wind blows from the extra lines and/or flags to the opposite direction — often dots. Remember that you can monitor the wind in real time on live wind map. 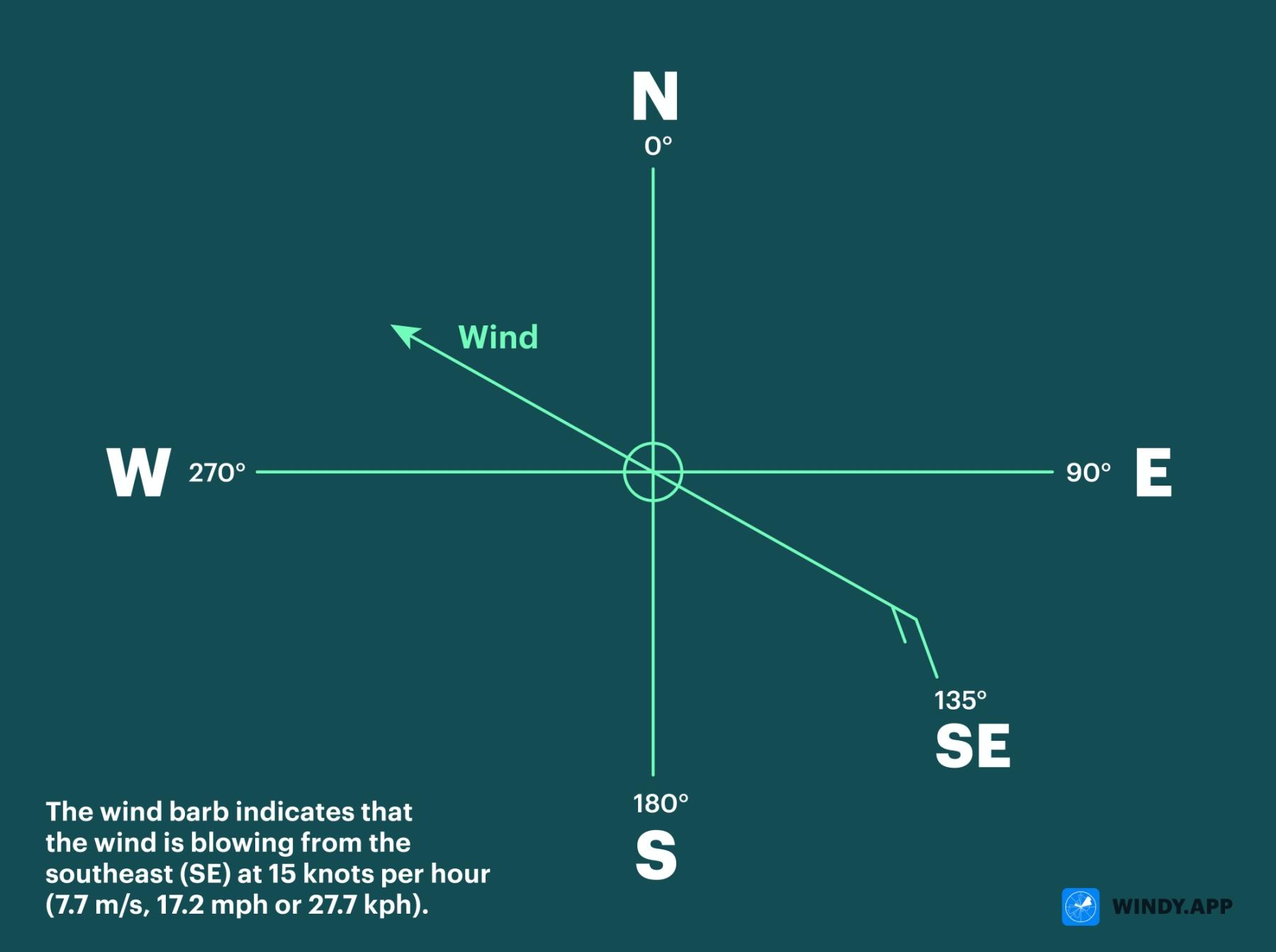 The standard wide set of weather barbs includes symbols to indicate winds from 0 knots to 120 knots with a 5 knots step. But most likely you will only need the first dozen babs for winds up to 30 meters per second. Stronger winds are considered hurricane winds and do not occur often. 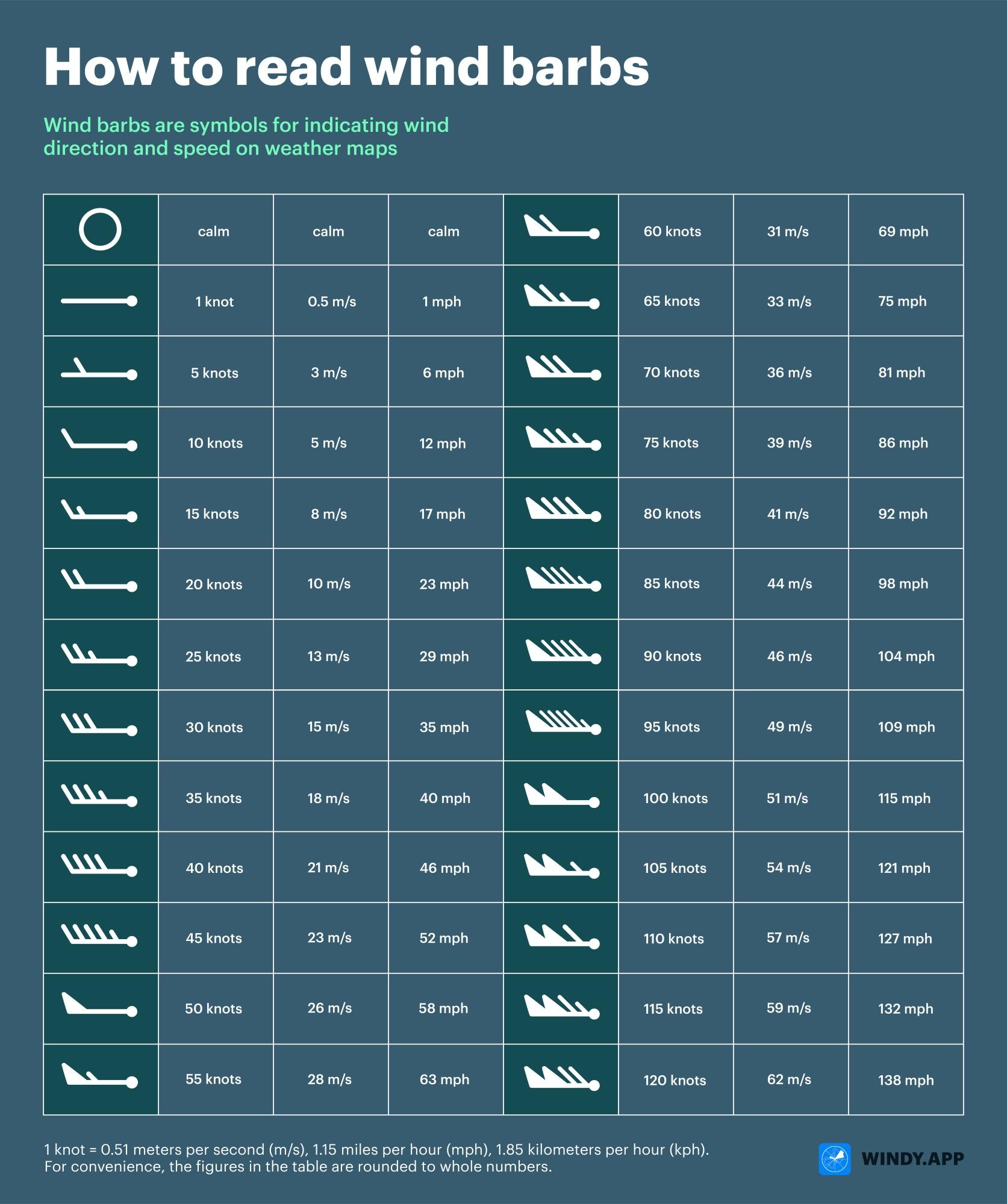 In Windy.app wind barbs located in the nodes of the weather model grid — points on the map where the weather is predicted. This excludes interpolation (forecast errors) — the forecast is as accurate as possible. In this implementation, it is a unique feature of Windy.app you will not find in other weather mobile applications. The wind barbs source is one of the 10 weather models used in the app. It's updated every three hours.

Where to get wind barbs?

2. Tap "Wind Barbs" button on the right side of the map after the HD Map feature.

4. To turn off the wind barbs tap the same button.

This is how it looks in iOS, for example: 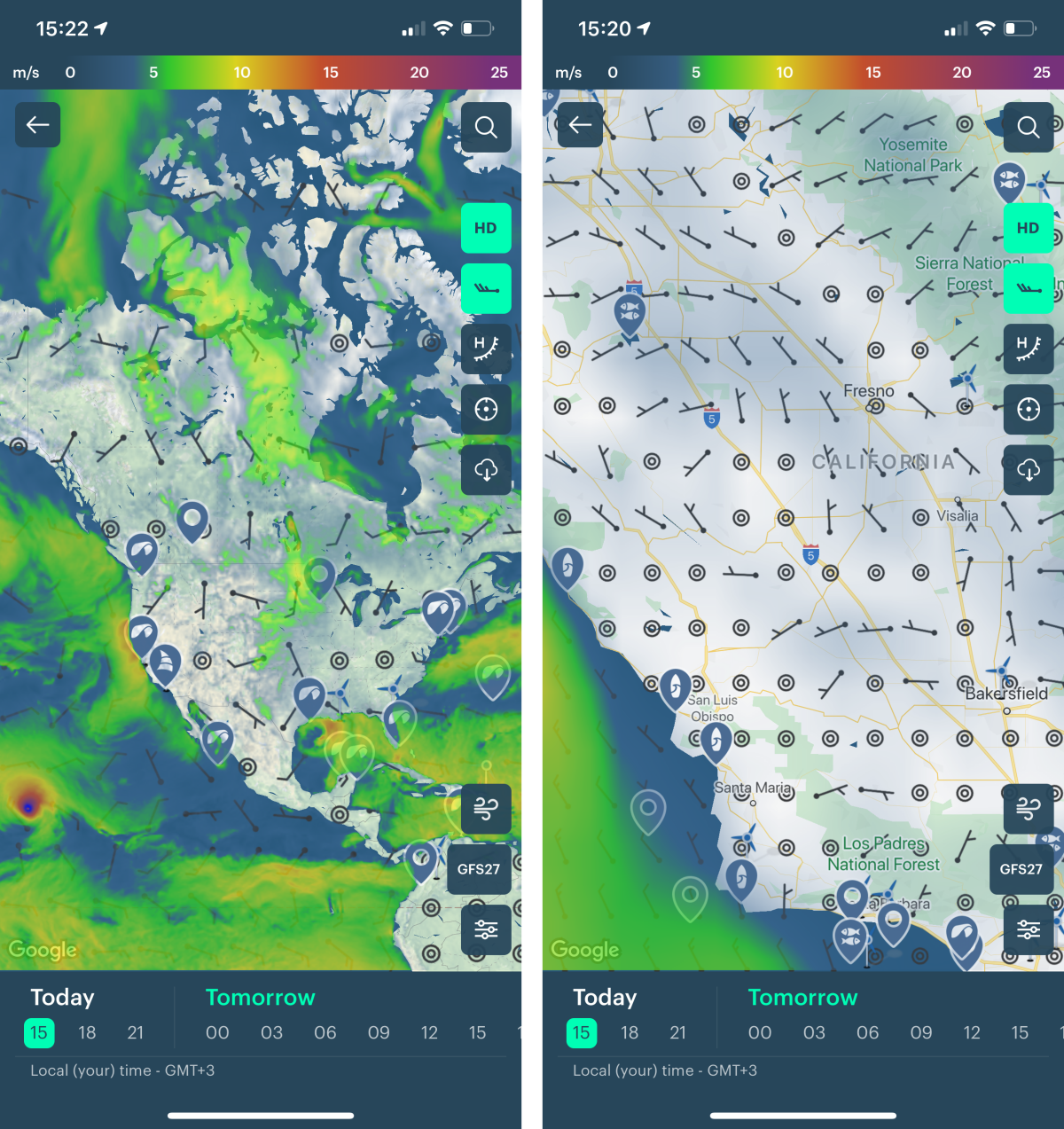 Learn about other great features for sailors in the news "Three New Features of Windy.app in the Big Update for iOS Make It a Universal Weather App for Sailing".

Read all weather lessons in Windy.app texbook "Meteorogy in Simple Words for Windsports and Outdoor Enthusiast".

Barbs images and data from the US Naional Weather Service.