What are weather models and how do they work

While this article is not intended to be absolutely comprehensive — to fully dive into the topic of weather models you need to understand a lot about meteorology, math, and physics in general — I'll try to explain what weather models are, how they work and update, what are the main types of weather models, and why are they sometimes inaccurate. So let's deal with one of the main concepts in weather forecasting. 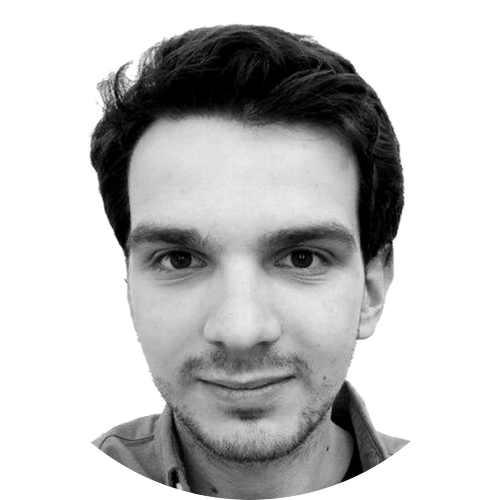 What are weather models: key point

— In the last article about weather instruments, we collected some weather data. Now we need to make a weather forecast from it. How can we do this?

For sure we can take some point and all the data that we got there, and put it into some equation. In mathematical language, this is called a primitive equation. But in reality, it’s not really it, it’s a hydrodynamic differential equation that lets us know how a particular weather element will change over time. So there are several equations, not just one, and they’re more complex. In other words, it’s a whole big and complicated system of equations that are solved on a very powerful computer.

But you might say, “We have some little logical inconsistency here. So how do I, being at just one point, know that there’s some cloud or cyclone, or weather front coming my way?” And you would be absolutely right to ask that question. It’s not enough for us to know the weather parameters at just one point. We need to understand it in some areas.

So instead of just one, let’s take many points, somehow distribute them over the Earth's surface, and let’s solve these differential equations at each of those points. This is what is called a weather model.

That is, a weather model is a special computer program that solves very complex mathematical equations at specific points on the Earth from a specific set of weather data collected by weather stations, radars, satellites, and other weather instruments for the purpose of making a weather forecast. 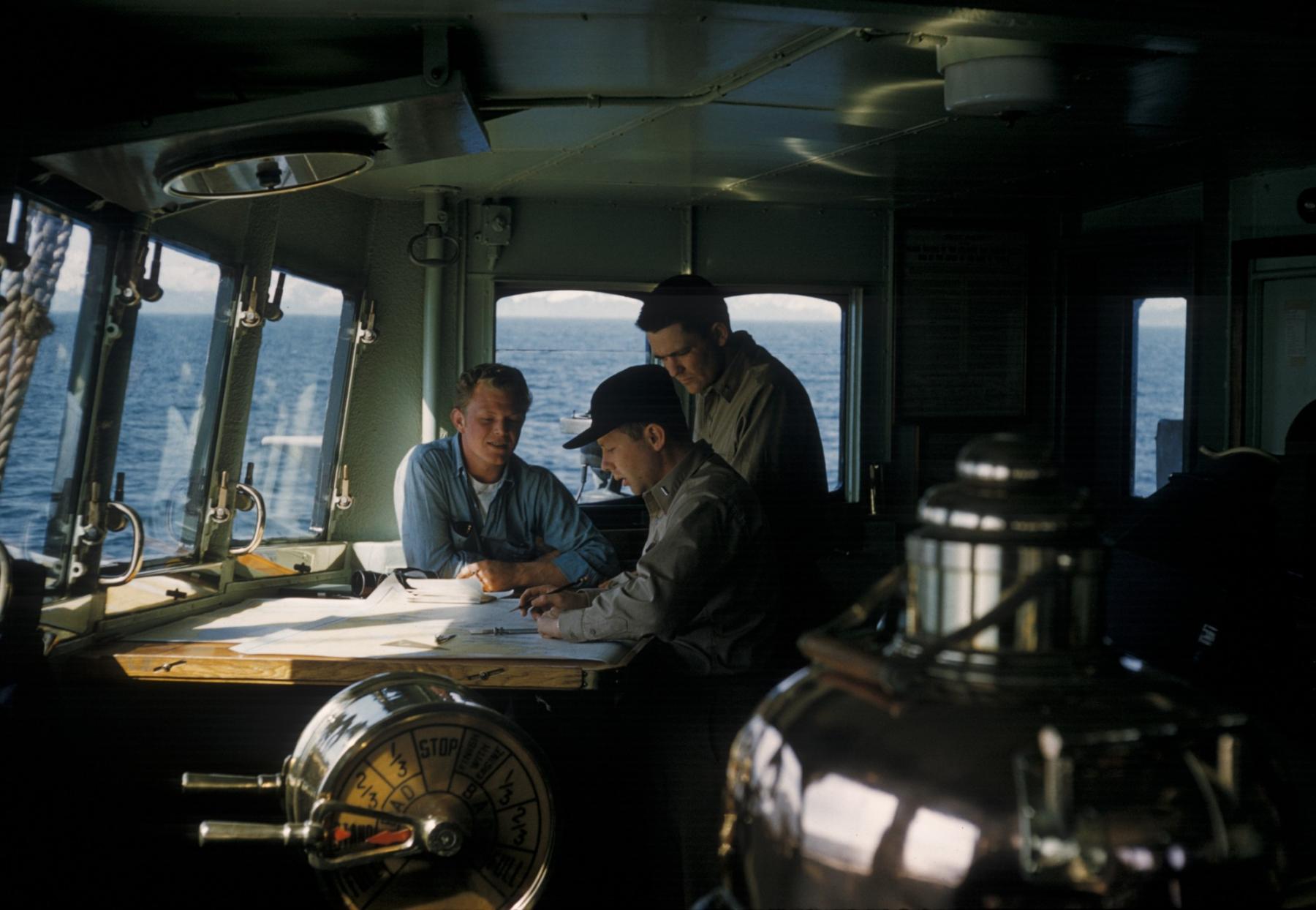 How weather models work: a simple and detailed explanation

The points at which a weather model solves equations to make weather forecasts are not disjointed, but represent a grid that can cover either the entire Earth or only part of it. The model always has a grid. The distance between grid points is called “model or forecast spatial resolution”. To make it clearer, the resolution is like the screen of any monitor, which consists of pixels. Accordingly, the more pixels, the less one pixel is, the better is the resolution and therefore the quality of an image you see. It is the same with weather models: the smaller the grid square for which the weather forecast is calculated, the higher the resolution of the model and the more accurate the forecast on average.

There is a general rule that the size of the weather phenomenon we are interested in should be at least 10 times larger than the model's grid. For example, if we have a tropical cyclone 100 km in size on a 10 km grid, we will see it. To predict a 10 km breeze wind, we need a 1 km grid, and so on.

Let me answer the logical question: why not take and count some small squares for the whole Earth at once for better weather forecasting? Because it’s extremely hard to calculate. Global weather models (read more about the types of models a little further) can’t afford to count small squares. They have very low resolution (i.e., large grid squares), and they usually count far ahead, 10 days ahead. The size of such a grid is 50 to 10 km.

But what if we need to look at some area in detail? It is another good question. So we have a small screen with a map of the world, not very clear. We take a magnifying glass and want to look at some small fragment, for example, Europe. We cut out that piece, make the grid smaller, and use the local weather model. So the local model can’t exist without the global model. This is its parent calculation place. Local models can have a grid up to a kilometer, rarely less.

The weather model considers one system of equations for one square of the grid, and therefore the same whether inside it. This pixel we close with one color. But, we are all well aware that this is not exactly true.

For example, some weather model has a 50 km grid, and Moscow is 30 km in diameter. We understand that in the north of Moscow it may rain, in the south, it may snow, and in the center, it may be sunny. We cannot understand what is happening inside the square. So what should we do? We use a thing called "parametrization".

Parametrization is a method of replacing processes that are too small scale or difficult to physically represent in a model with simplified processes. It’s how the weather model calculates something inside the square, that is, we don’t write a differential equation, but an ordinary analytical equation. So parts of the cloudiness or precipitation are counted. Quite a few parameters can be parameterized depending on the models. 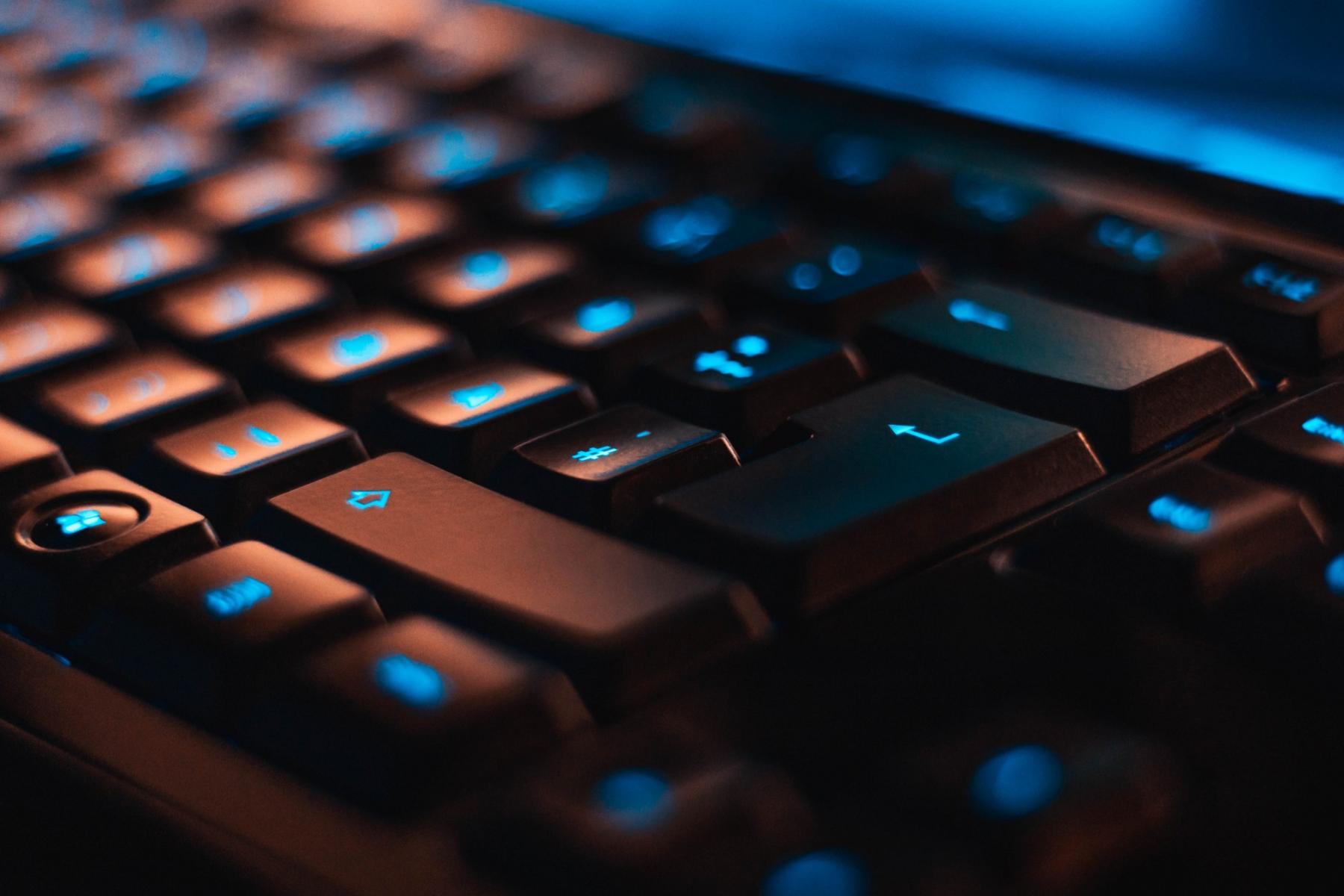 What are the main types of weather models

Why so many models? Why can’t we just make one model that works properly for the whole Earth? Again, because the Earth is big and it is very difficult to make weather forecasts.

Global and local types of models are not the only difference. Models are completely different: they overlap, they may have a strange structure like OpenWRF (Open Weather Research and Forecasting), they also have different grid types, and so on.

In addition, all weather models, one way or another, compete for accuracy — or rather, meteorologists who work with them: they share the results and write scientific articles about it... Europeans are believed to be better at predicting weather in temperate latitudes. Americans are slightly better at predicting weather in tropical latitudes because they have hurricanes, but this is debatable.

Back to parameterization... It’s a delicate question, like the Orient. It’s a very creative process.

We at Windy.app also do our own weather model, WRF8. Finding the right parametrization is very difficult. It’s a daily job: we’re constantly evaluating how the model works, picking up equations that will make a little microphysics to us, and so on. That’s what all meteorologists do. Every model reads it a little bit differently, uses different data and methods of assimilation.

Indeed, there is universal weather data from the worldwide weather network, but, for example, different satellites are used to collect weather data, and then the model processes it differently too, that is, it also includes different assimilation methods. There is no such thing that one method is better and the other is worse. Sometimes one works better than the other. We’re always looking for compromises between accuracy and speed of making weather forecasts.

The patterns and settings of the weather models differ as well. It’s also a creative process, constantly improving, changing the calculation. If you are a programmer, you know very well that code cannot be perfect. Constantly some improvements are made and each researcher or scientific group does things a little bit differently.

So, in general, meteorology, is a creative process. Hence, there are so many weather models and different weather forecasts. 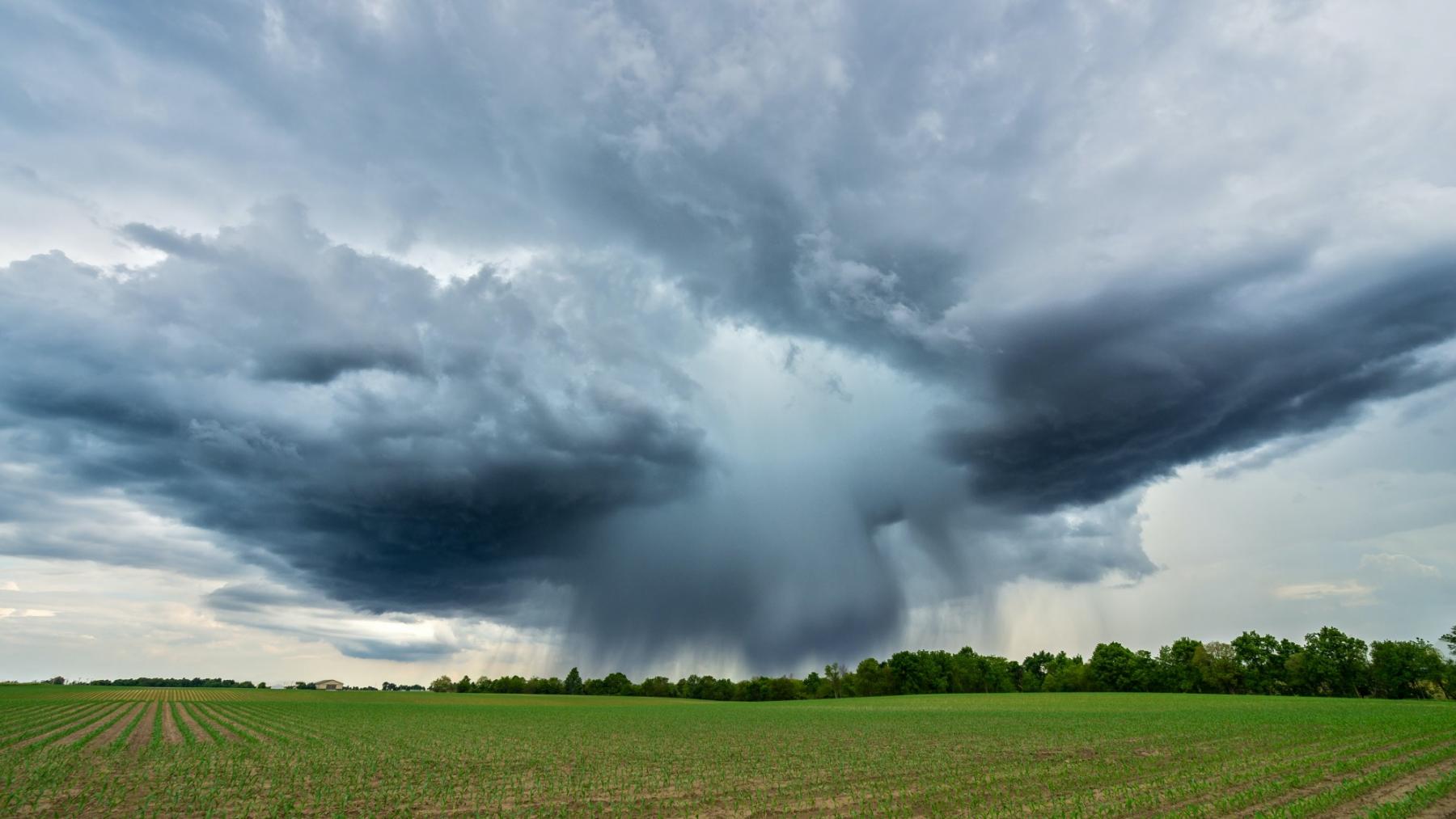 How weather models are updated

Many resources, including the Windy.app, tell you when a model was last updated. Yes, models are updated all the time. You can’t calculate the weather forecast for a week and come back a week later and do it again.

The model has to be updated frequently because when we have new data, we can put it into the equations to get a more accurate forecast. This is a very important feature of weather models, it’s very important to understand.

Let’s take the usual model update times, which are 0, 6, 12, and 18 hours GMT. Let’s say that by 0 o’clock we have collected some amount of meteorological data from various sources. What do we do then?

As for Windy.app's WRF8 model, we download the GFS calculation from 18 hours (this is the last time the model has seen real data), at 1 am we run our model and it calculates the equations for the next 4 hours. Accordingly, by 5 a.m. we have a forecast. Many models work in about the same way. That is, if you run the model from 1 a.m., you will see the forecast only in the morning. This cycle happens all the time and you need to understand that in order to understand how fresh the data we’re looking at now. 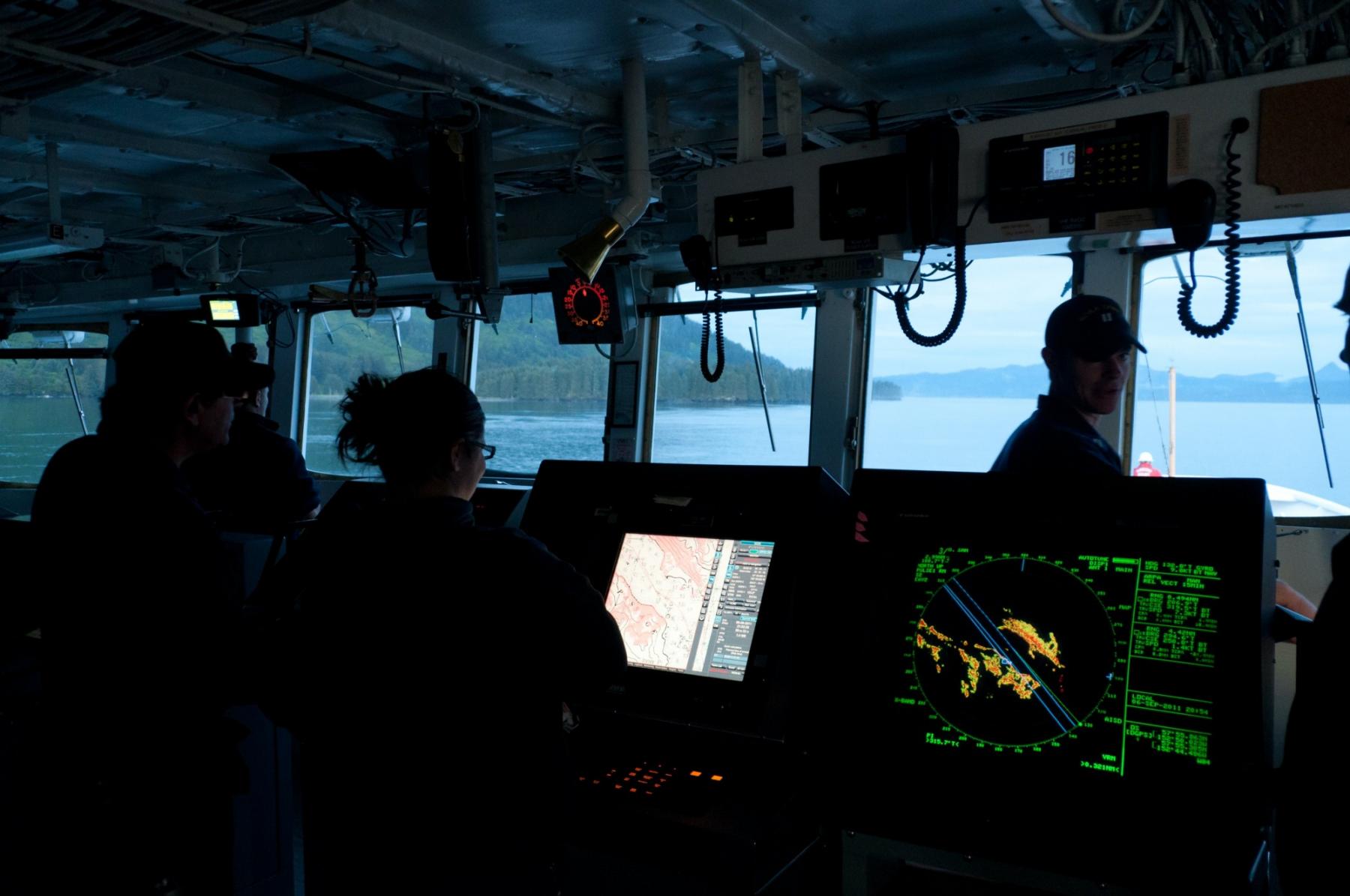 Finally, the last of the main questions concerning weather models is why they sometimes go wrong.

The main reason is that the initial data for calculating weather forecasts can never be absolutely accurate: weather stations work differently, weather satellites have some errors, and the like.

There is a thing called the Butterfly Effect, which is usually associated with the American mathematician and meteorologist Edward Norton Lorenz. Because we don’t have very accurate initial data from these and many other weather instruments and because the atmosphere is terribly chaotic, we get a huge variation in how the weather model can predict the weather. This is what the idea of ensemble forecasting, in particular, is based on.

So, in short, in general, we just can’t measure the weather absolutely accurately.

To learn more about how this effect works by example, and about weather forecast accuracy in general, read the article, which we published earlier in the blog.

Guide to weather forecast models used in the Windy.app

The guide to the world's major weather models

Find out which weather models Windy.app users choose the most