Everything you want to know about surfing Olympics debut in Japan, 2021

Congratulations: Surfing will make its debut at the 2021 Summer Olympics Games in Tokyo, Japan. Congratulations again: The Olympics will happen after all. They were moved from 2020 to this year, but it wasn't clear until recently if there would be games or not.

In this article, we've collected all the facts about the surfing Olympic debut, answering the most important questions.

How long has surfing as a sport existed?

The idea of riding on waves has always attracted man as much as the idea of diving to the bottom of the ocean or yachting around the world.

Archaeologists have found that the Peruvians were the first to use fishing boats similar to surfboards about 4,000 to 5,000 years ago. But true surfing originated in Polynesia on two islands, Hawaii and Tahiti.

There, on these Pacific islands, over time, surfing has developed from an activity known only to the locals into a popular recreational sport.

The founding father and the promoter of modern surfing was Duke Paoa Kahanamoku (date of birth: August 4, 1890) from Hawaii, USA, 5x Olympic swimming champion. Yes, he was also the pro swimmer. After he finished his pro swimmer career, he went to Hollywood to be an actor. In particular, one of his films triggered the boom of surfing.

Thanks to him, and others, by the late 1930s already tens of thousands of Americans were traveling to Hawaii every year to surf on the local spots. But the real popularity of the sport came in the 1960s in California, USA. This is the third significant place of development of the sport — the Californian coast, where there are also many great spots.

Other places include the famous Gold Coast in Australia, as well as many spots in Europe and around the world.

Today surfing is one of the most popular sports on the open water. More: it's a whole culture with its own heroes, equipment and clothing manufacturers, events, and so on. 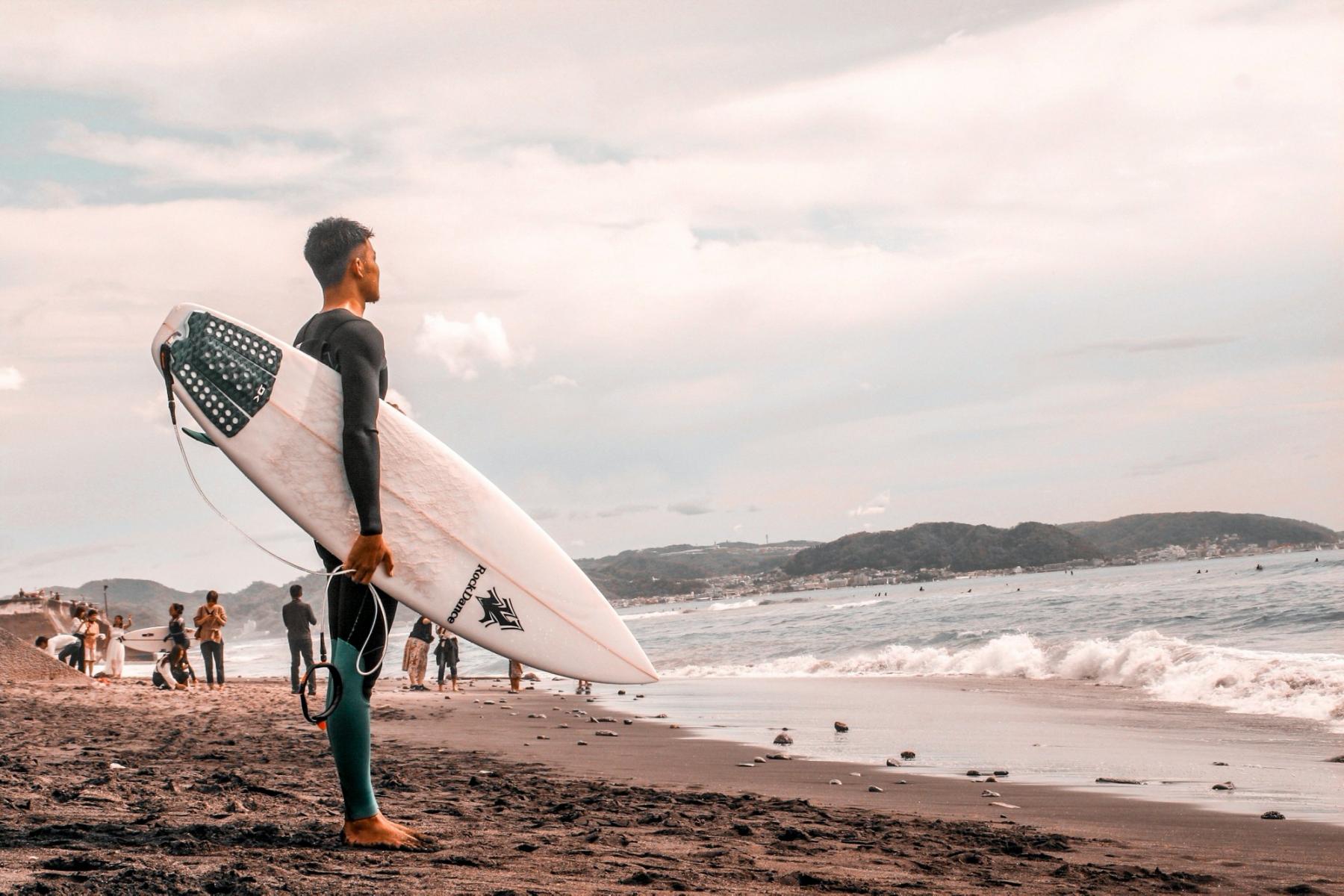 How long have the Olympics been around?

The Olympics are quite old, too. Actually, it is the oldest and most massive sporting event in the world. It simply cannot get any bigger, because they cover the entire world and many sports.

The games originated in ancient Greece, where the competition was held every four years in Olympia, in the western Peloponnese peninsula, in honor of the god Zeus, from around the 8th century B.C. to the 4th century A.D. But their modern version dates back to the 19th century when the idea of the Games was reborn.

The first modern Olympics were held in Athens, too, in 1896. Since 1994 the Summer and Winter Games have been held separately with a two year gap.

The 2021 Olympic Games will be the 32nd Summer Games in history.

When did surfing first try to become an Olympic sport?

For the first time, Duke Kahanamoku proposed making surfing an Olympic sport at the Stockholm Summer Olympic Games in 1912, when he won the gold medal in swimming. Since then, surfing has made many attempts to become an Olympic sport.

The author of most of the attempts is the Argentinian Fernando Aguerre, today president of the International Surfing Association (ISA). After picking up the "surfing Olympic dream" of Kahanamoku, he spent the last 20 years trying to get surfing included in the Olympic sports. And, as you can see, he succeeded. 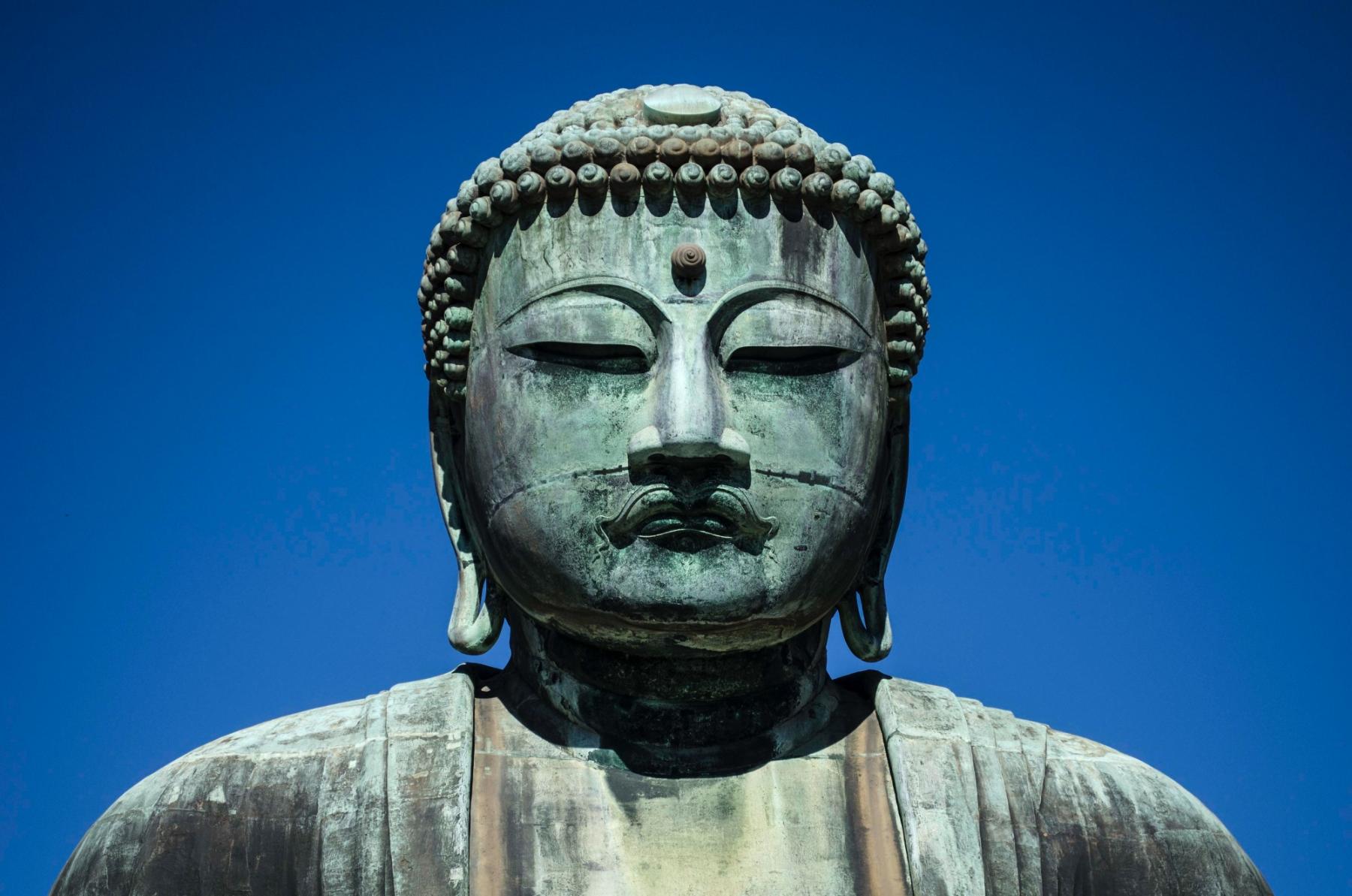 When did surfing became an Olympic sport?

The International Olympic Committee voted to include surfing as a new sport that will be featured at Tokyo 2020 on August 3, 2016.

Proof: there are pages on the official website of the Olympic Games and the website of the 2021 Olympics dedicated to surfing: Olympic.org/surfing, Tokyo2020.org/en/sports/surfing.

By the way, along with surfing, four other sports will debut at these Olympic Games: skateboarding, sport climbing, karate, and baseball/softball. The latter was already featured at the Beijing Olympics in 2008 but was then dropped from the list of Olympic sports. Yeah, those kinds of things can happen with surfing, too. I hope it doesn't.

In addition to the 5 new sports, the Tokyo Olympics will feature 15 new disciplines to promote women's participation and equality.

In all, there will be 33 sports at the Games, including such other summer extreme sports and outdoor activities as canoe, cycling, diving, golf, marathon swimming, sailing.

When and where will the 2021 Summer Olympics be held?

The Olympics will be held from July, 23 to August, 8 in Tokyo, the capital of Japan.

This is the third time the Games will be held in this country. Previously, the Summer Olympics were held in Tokyo in 1964. Japan has also hosted two Winter Olympics: in Nagano in 1998 and Sapporo in 1972. 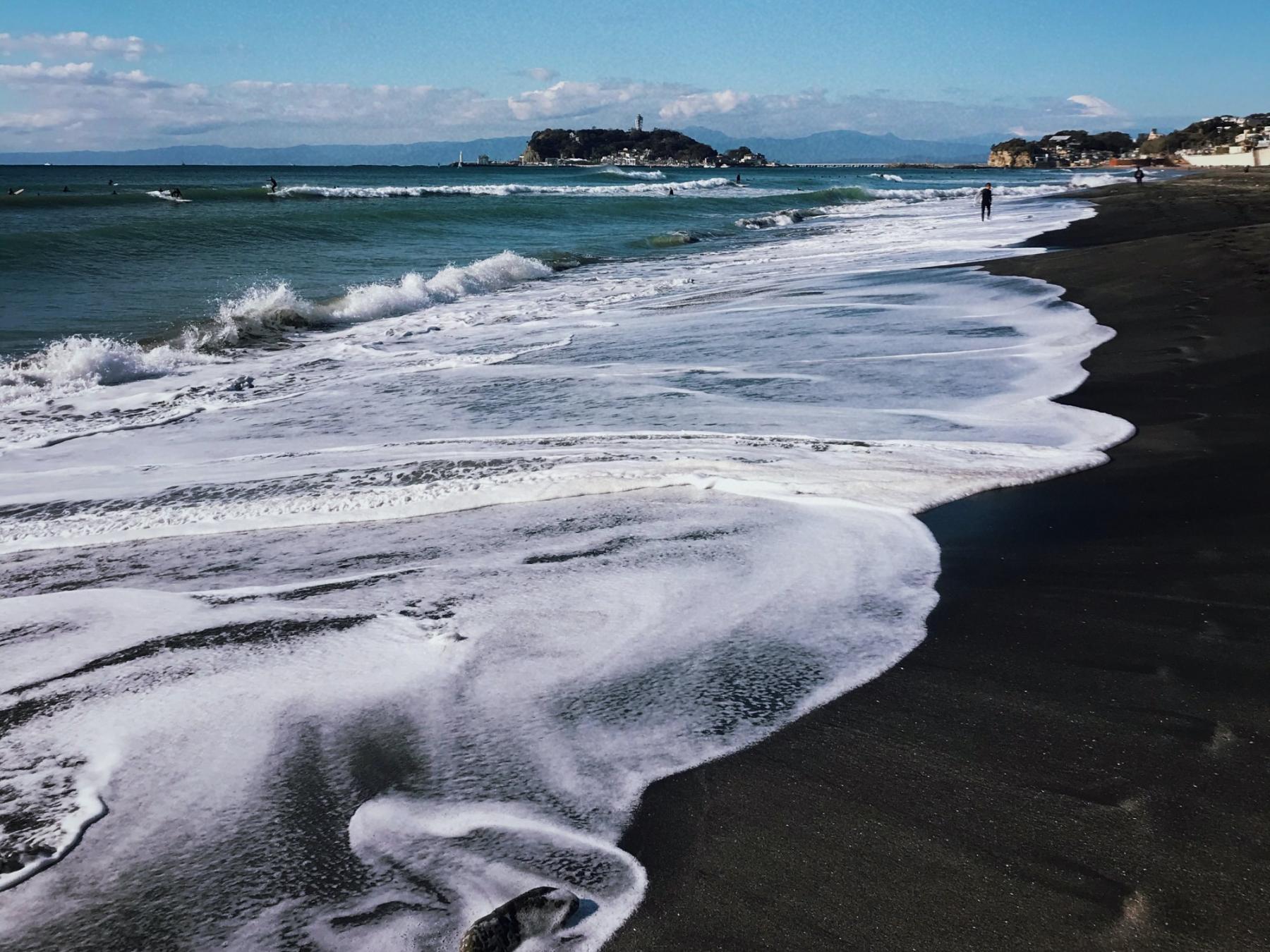 When the surfing competition be held?

Due to the features of this water sport, where in order to ride the waves, you actually need good waves and weather conditions, the surfing competition at the Summer Olympics 2021 has no clear timetable yet, but there is a competition "window" of 8 days.

The exact schedule will be available right during the Olympics, but here is a rough theoretical schedule, where in each round, men and women perform alternately:

The Victory Ceremony will take place on the same day as the final competitions.

What is the surfing spot of the 2021 Olympic Games?

The competition will be held on the Tsurigasaki Surfing Beach, 6 km from the nearest town Ichinomiya in Chiba Prefecture, roughly 100 km away from the Olympic Stadium in Tokyo. It is the official Tokyo 2021 Olympic surfing beach.

It is one of the most famous beaches for surfing in Japan. It has been the site of many World Surfing League (WSL) series. It attracts 600,000 surfers every year.

Actually, August is not the best time to surf on this spot in Japan. Usually, in this month the waves on the coast of Chiba are relatively small. But stable. And if a typhoon comes, the waves will be big providing the swells coming from the south of the Western Pacific Ocean up to 1-1.5 m high (3 feet).

At this time of the year, it is also very hot in Japan, up to 30 degrees Celsius (86 Fahrenheit), and the humidity reaches 90%, the wild usually is not strong. 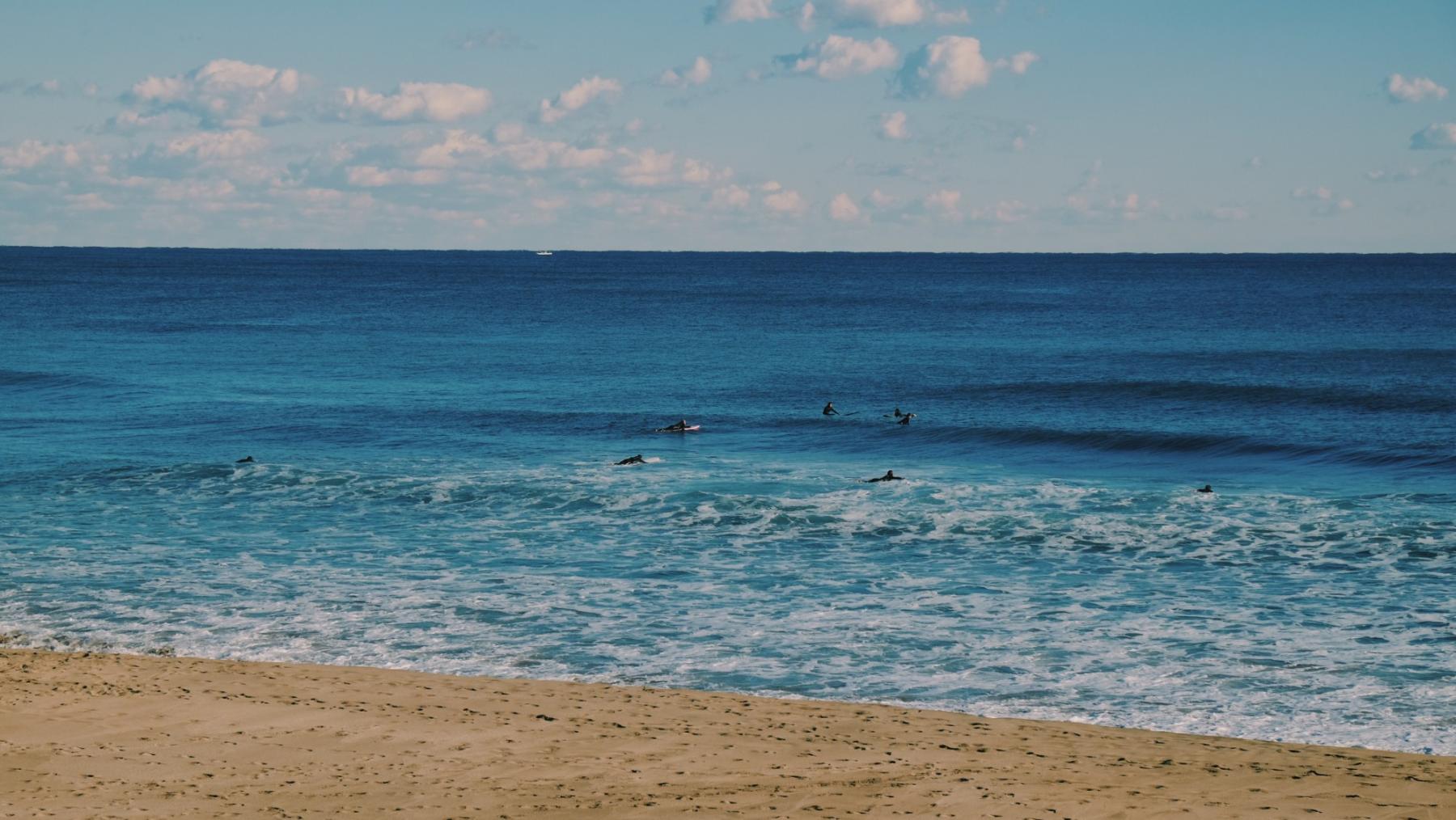 What are the rules in surfing at the 2021 Summer Olympics?

Different surfing competitions are usually held on different types of boards. Shortboards and longboards are the two most common types. Only the shortboard will be used at the Olympics. They are six feet (1.8 m) in length, compared to longboards which are around nine feet (2.7 m).

The competition will feature three rounds:

The best two athletes of each heat in the round one will continue to the round two. Then, at the end, after round three, there will be three final rounds.

During the heats, each surfer will have 30 minutes to catch as many waves as he/she can and receive a score from 0 to 10 for every wave surfed. But only the top two waves from each surfer will get calculated into their final score.

The common surfing etiquette will be used at the Olympics: only one rider on a wave; the surfer closest to the peak has "right of way"; any interference with another surfer can incur a penalty or point deductions; and so on.

Waves are scored by a panel of experienced judges using a five-point system of the following criteria: 1. Commitment and difficulty, 2. Innovation and progression, 3. Variety, 4. Combination, 5. Speed, power, and flow.

Who will participate in the surfing competition at the Olympics?

As in other sports, in surfing at the Olympics there are two main categories: men's and women's. There will be 20 men and 20 women competing.

Qualification for surfing at the Olympics has been a complicated, including WSL Championship Tour, 2019 ISA Games, 2019 Pan American Games and 2020 ISAs.

Both world champions with many years of experience as well as less titled athletes will take part in the competition. 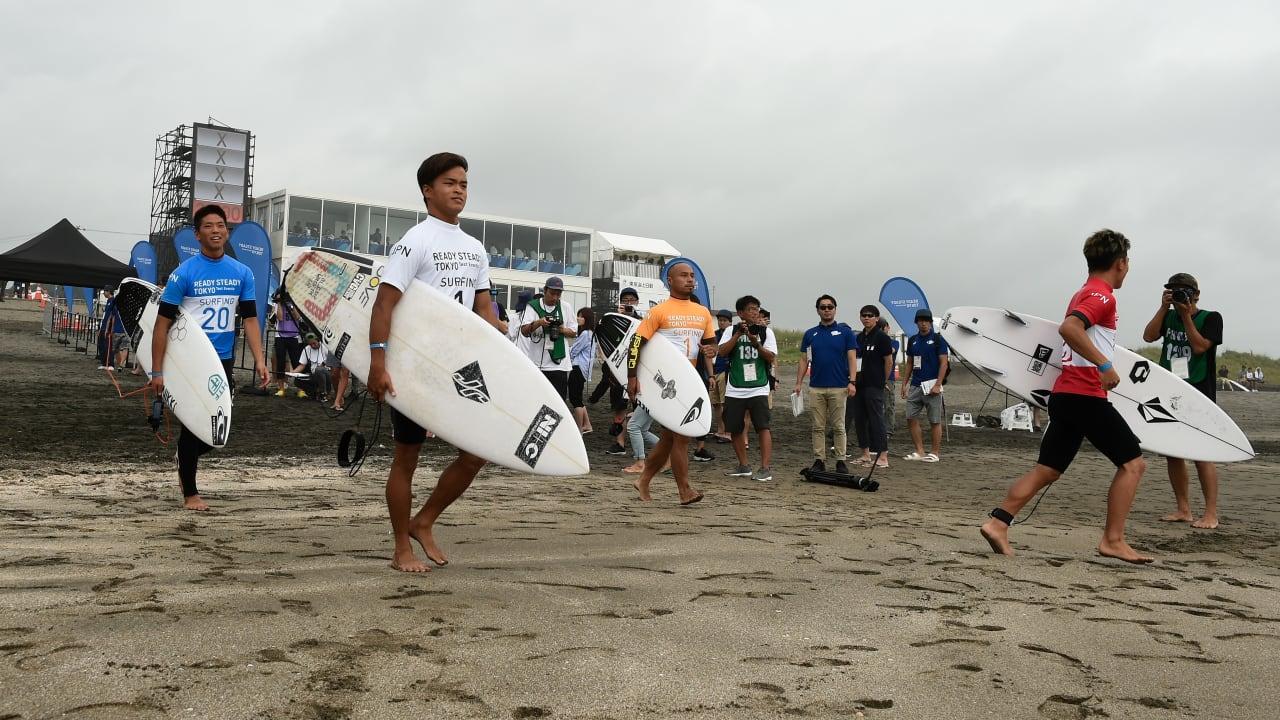 Which countries are competing in surfing at the Olympics?

The countries competing are those where surfing is strongest: USA and Australia, but also: Brazil, Costa Rica, New Zealand and other countries, including Japan.

Important: 40 people represent all the countries, meaning there will be two surfers from the U.S., for example, another three from Australia and so on, not like in basketball or soccer, where there can be 10 teams of 20 people. Still, surfing is not such a popular sport in the world to form whole teams of several dozens of athletes from each country.

The host country, Japan, has automatically secured one slot for a male athlete and another one for a female surfer.

Here is an almost complete list of athletes who qualified and are likely to participate in the Olympics (updating):

As you can see, Australia has the largest team (6 athletes). It is also the most dangerous. The team decided to name itself as the tiny but very poisonous Irukandji jellyfish. Good luck for the rest of the teams and athlets.

Who are the main contenders to win the surfing competition in Olympics? 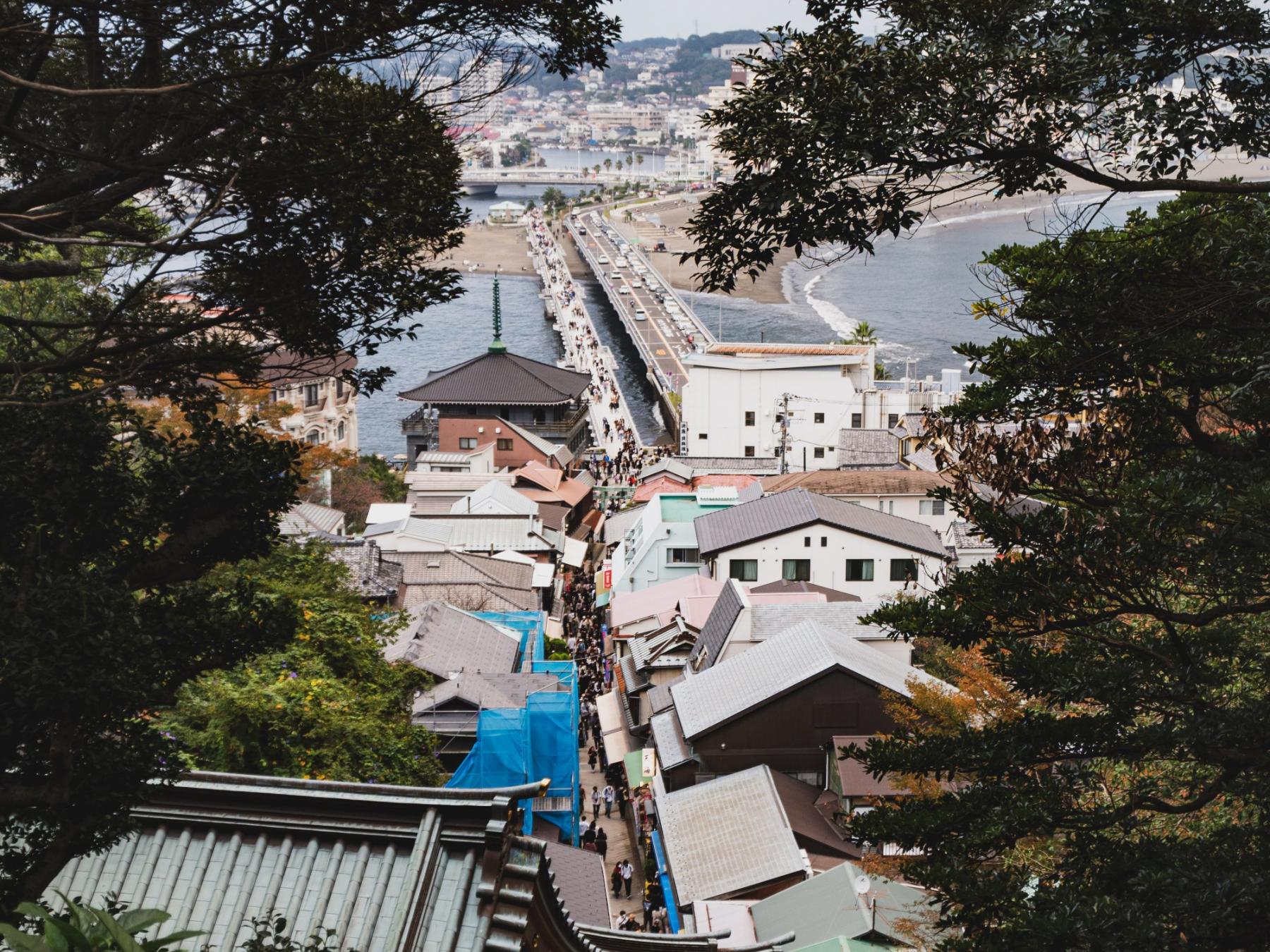 What awards will the winners receive?

But I’ve been thinking: For surfers, these would be the first such awards in history, which means their value increases several times. It's cool to win a road cycling event at the Olympics or to win a canoe event, but gold, silver, and bronze medals in these sports will always have a note "2021," meaning there were many more winners before. Not in surfing this year.

In addition, the governments of the countries participating in the Olympics reward athletes for first, second, and third places. The size of awards depends on the generosity of the country. Usually, it is hundreds of thousands of dollars (at least), but there can also be a car or an apartment in addition to this amount. Lucky winners.

Why surfing at the Olympics is a great thing?

In general, the recognition of a sport as an Olympic one has a very positive effect on a particular sport and contributes to its development and popularization: it gives the sport a special status, saying that it is a globally popular sport, rather than a local one; millions of people around the world learn about the sport, no, billions; more people get involved in the sport; and so on and so on... Let all of these happen to surfing as a new Olympic sport.

Where can I find the weather forecast for surfing spots in Windy.app?

In Windy.app there is a special Surf weather profile. It is a set of more than 10 weather parameters that you will need before or during your trip to the spot.

1. If you will be in Japan during the Olympics, find this spot (or any other of 3,396 spots in Japan) on the Wind and precipitation map or through a search on the Home screen. 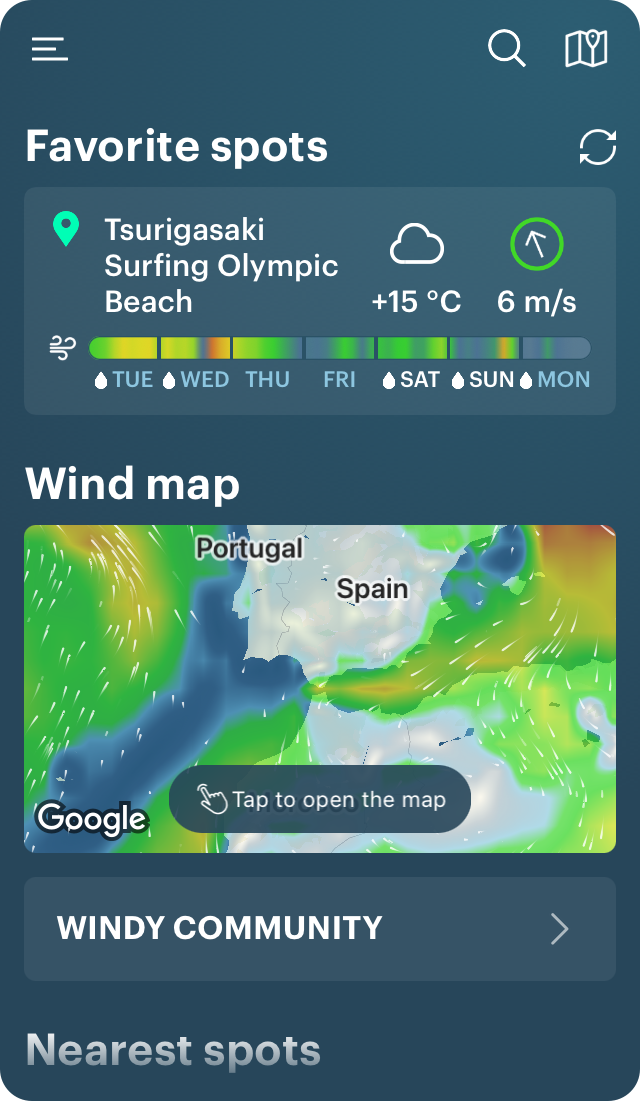 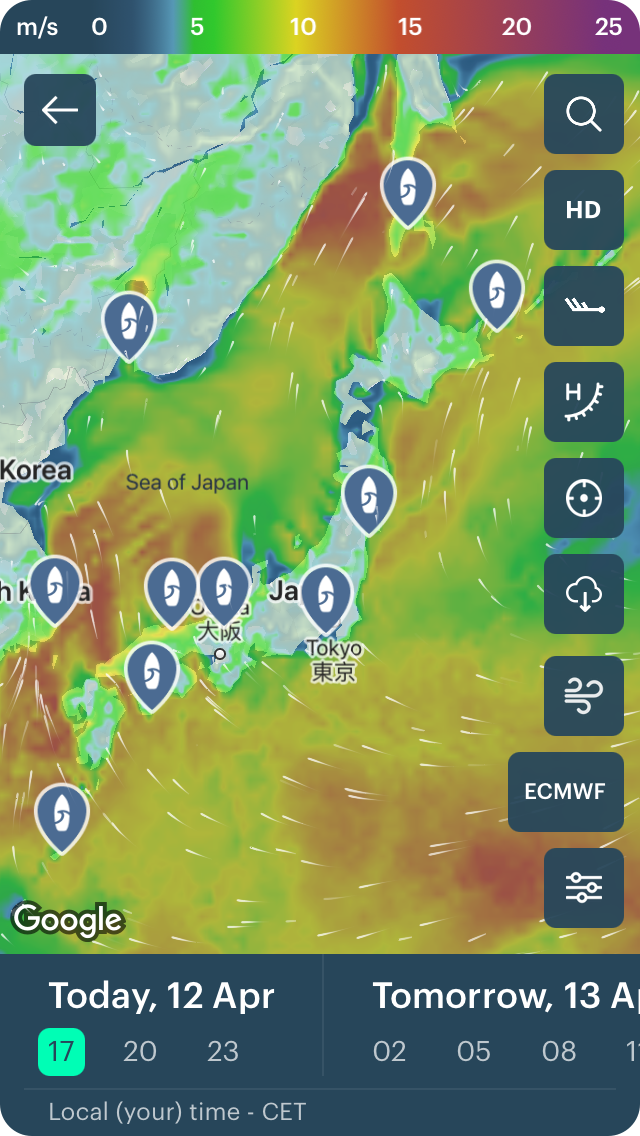 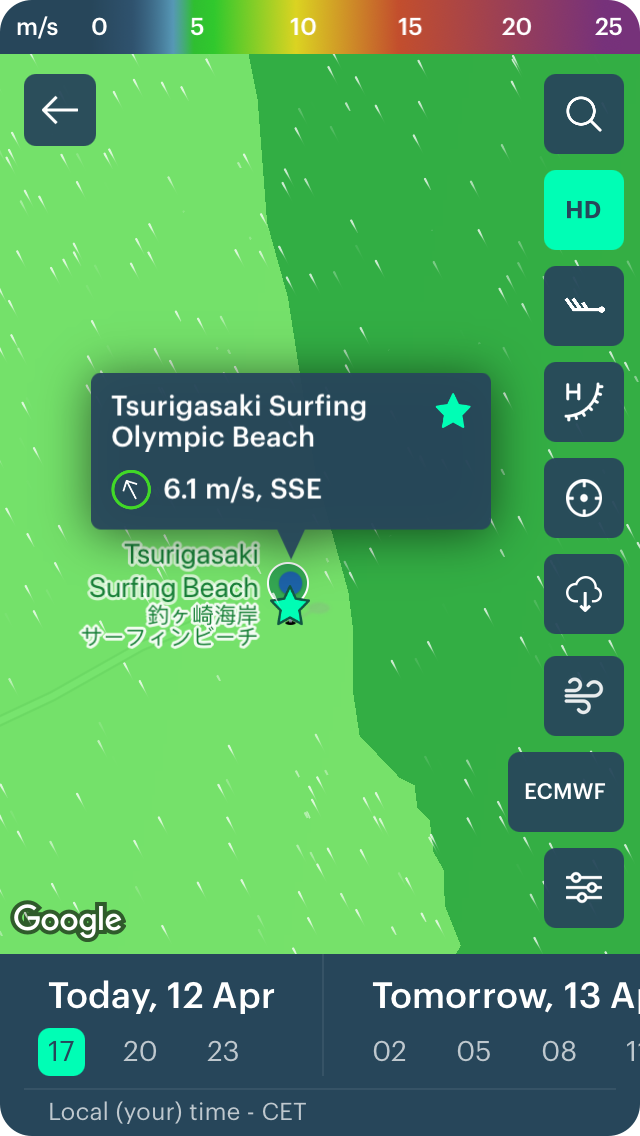 2. Select the Surf profile through the icon to the right of the weather forecast models under the Wind rose. 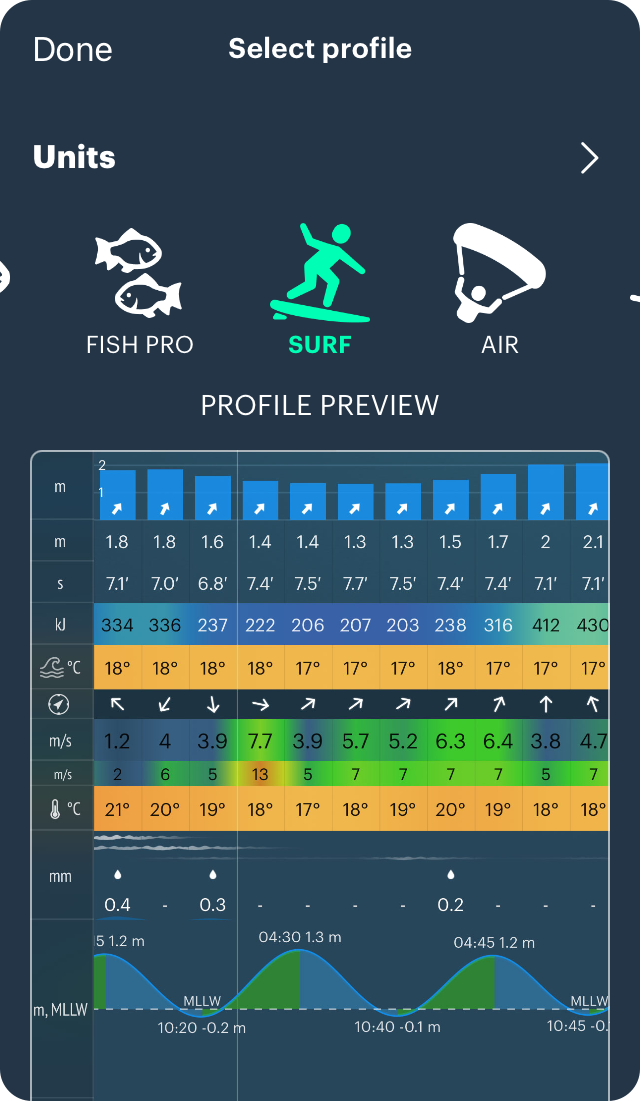 3. Get a set of weather parameters for surfing, including:

You can also see wind speed and wind gusts compare charts from the different weather models: 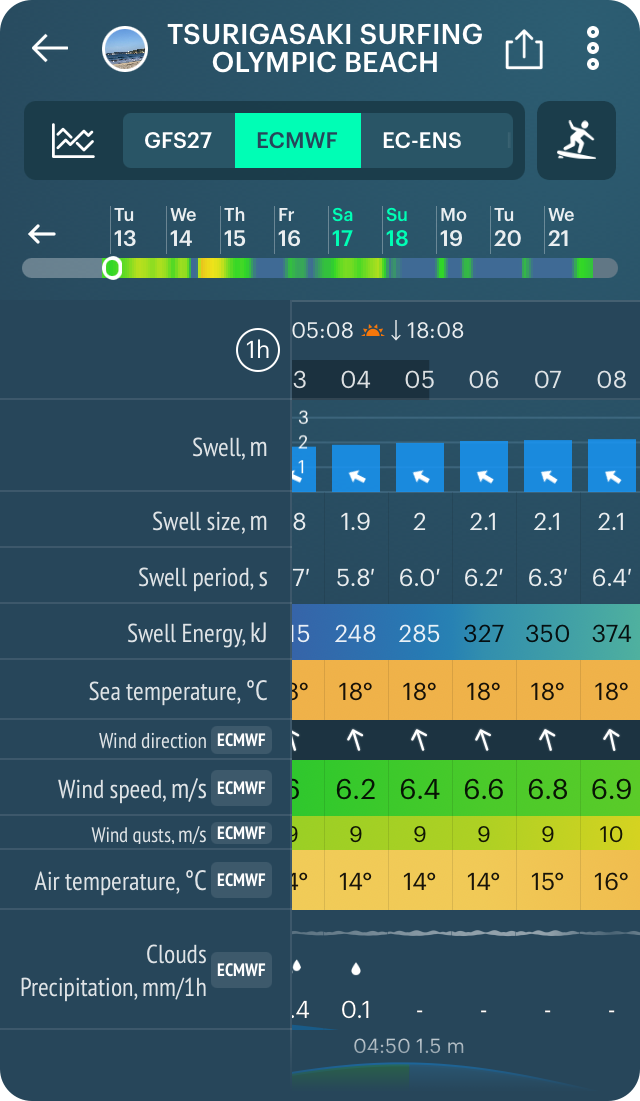 The collection of articles about surfing in 2021

The guide on surf schools for beginners, intermediate and pro sportsmen