It finally happened: the 2021 Nobel Prize in Physics was awarded for climate modeling

The 2021 Nobel Prize in Physics has already become legendary. It’s the first time when climate studies were mentioned in the Physics section of the Prize, which makes us all witnesses of a unique event, that we’ve been waiting for years.

In Windy.app, we keep a close eye on every Nobel Prize Ceremony, so we decided it is time for us to explain what the Nobel Prize actually is and to mention the most noticeable inventions and ideas in Physics that were acknowledged since 1901 when the award was given for the first time.

What is the Nobel Prize in Physics?

The Nobel Prize in Physics is one of six nominations or parts of the Nobel Prize, a significant prize that is awarded to people “who during the preceding year, have conferred the greatest benefit to humankind” in different fields.

The founder of the Prize was a man named Alfred Nobel, a Swedish scientist, who is famous for inventing dynamite. On November 27, 1895, he signed his testament thus giving most of his fortune made during the life to prizes in Physics, Chemistry, Physiology or Medicine, Literature, and Peace, initiating the annual tradition of acknowledging the ideas and inventions most valuable to humanity. Later on, in 1968, a prize in Economic sciences was also added to the list.

Once again, there are six nominations (parts) and Physics is one of the most important among them.

The annual award ceremony takes place in Stockholm, Sweden, however, the Nobel Peace Prize is awarded in Oslo, Norway. 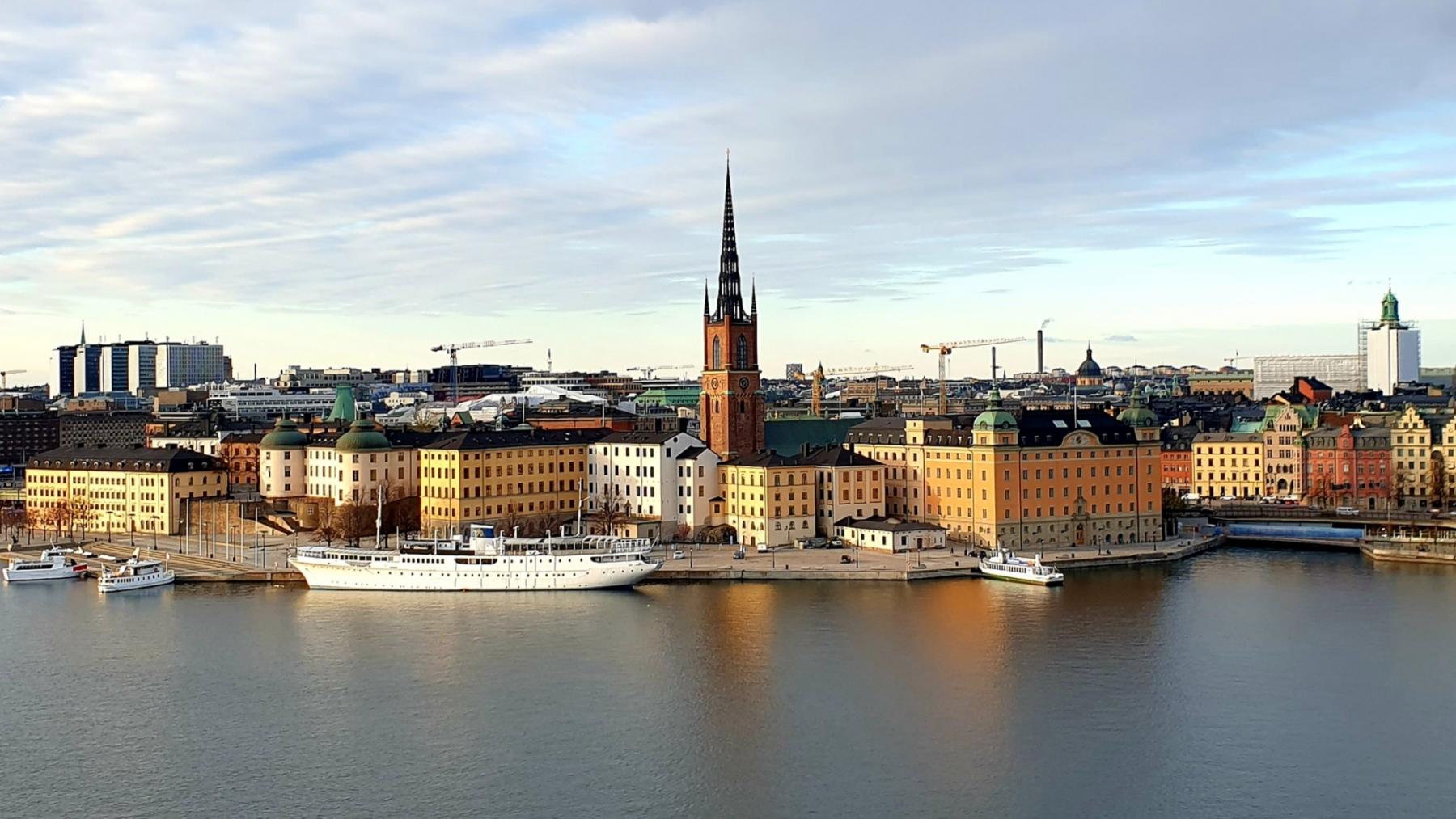 Each laureate receives a gold medal, a diploma, and a monetary award that is usually around $1.1 million. The Prize is handed over to the laureates by the King of Sweden.

How to win a Nobel Prize in Physics

However, to become a laureate, a person has a very long way to go to achieve such a goal. First, they should be qualified. Second, they have to be a members of one of the mentioned institutes. Third, they must... Ok, the list of parameters is very long.

Here you can also see the whole annual selection process, which lasts the whole year: 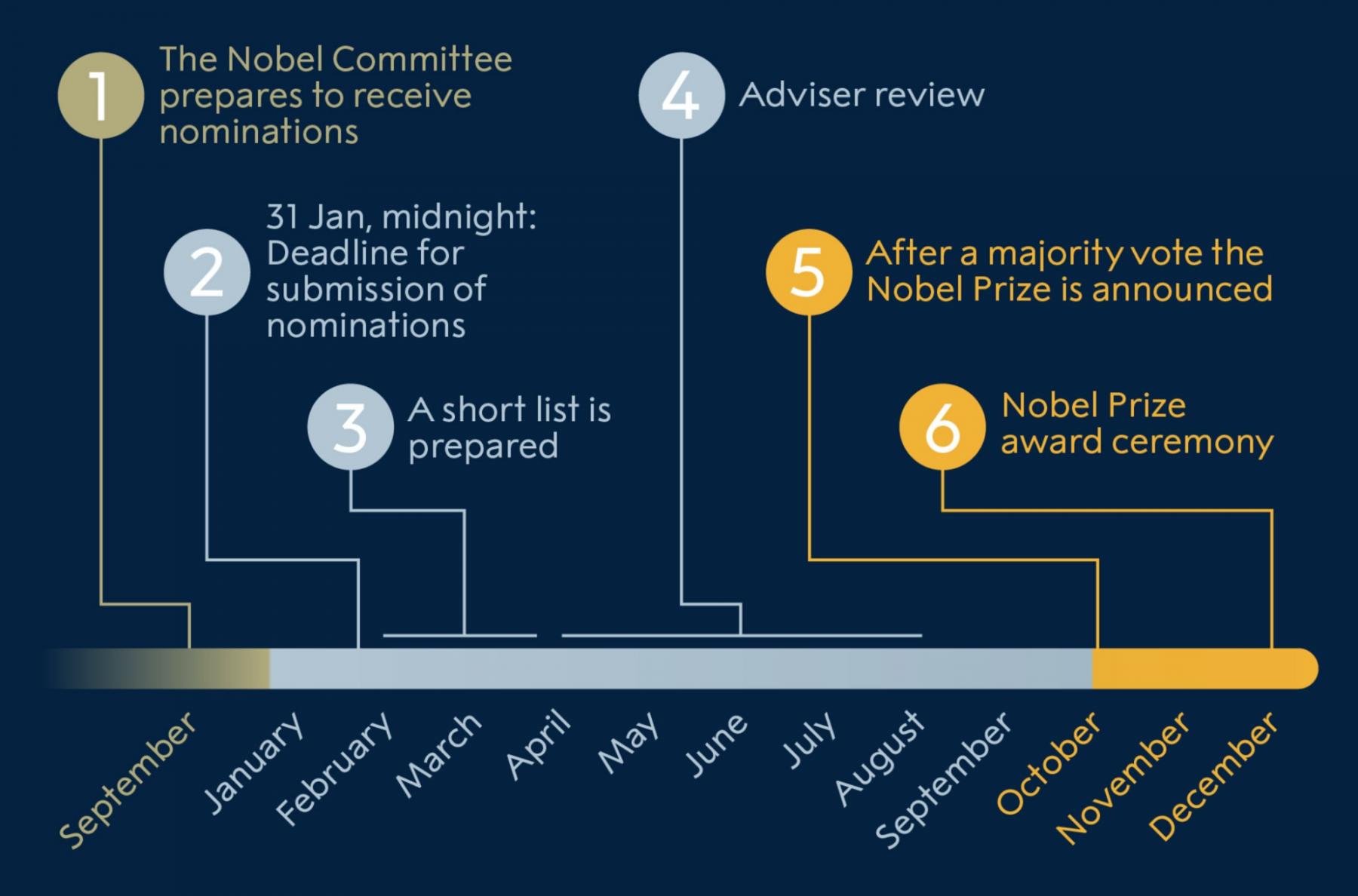 The most significant stage of the Prize occurs at the beginning of October, as the Nobel Committee chooses the Nobel Prize laureates, including the Nobel Prize in Physics, through a majority vote. Their decision is final and can not be appealed. After the vote, the names of laureates are announced.

Later, already on December 10, they receive their prizes during the Nobel Prize award ceremony.

A few interesting numbers to give you a sense of the size of the prize:

Who are the winners of the Nobel Prize in Physics in 2021 and why?

The 2021 Nobel Prize in Physics was awarded to Syukuro Manabe, Klaus Hasselmann “for the physical modeling of Earth’s climate, quantifying variability and reliably predicting global warming” and to Giorgio Parisi “for the discovery of the interplay of disorder and fluctuations in physical systems from atomic to planetary scales”. 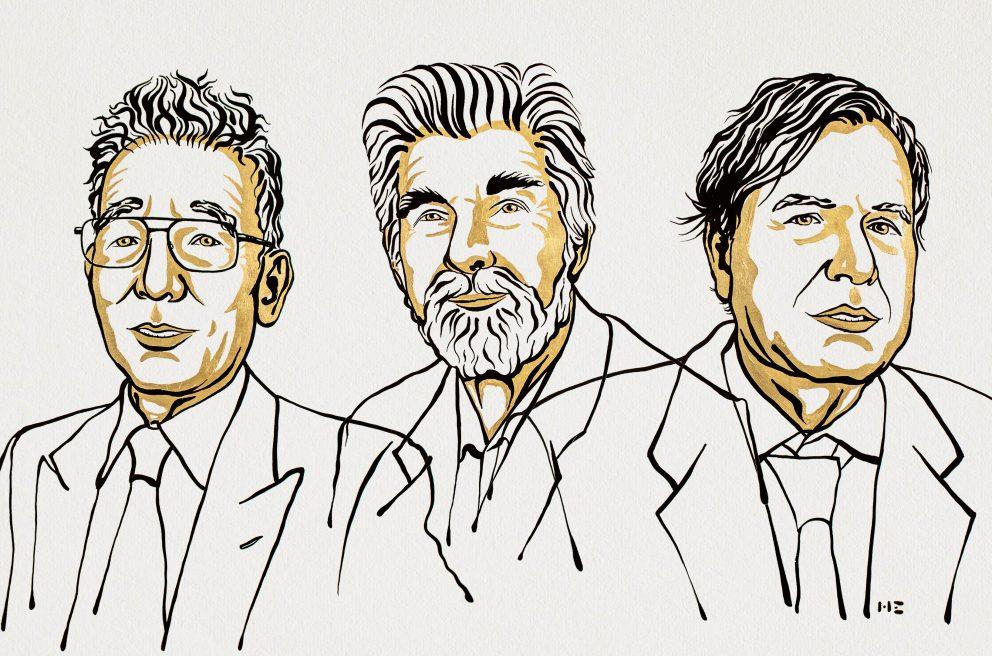 The 2021 Noble Prize in Physics winners. They will split the prize: one half goes to Giorgio Parisi (1/2 of the prize) and another half to Syukuro Manabe (1/4) and Klaus Hasselmann (1/4)

How did they actually become laureates?

Revealing nature’s secrets, the last two mentioned scientists made a huge impact on modern climate science and meteorology as they bring new data to earth climate modeling and global warming prediction. That means that we can more easily predict extreme weather events such as hurricanes, tornadoes, thunderstorms, and so on. To add to this, accurate global warming prediction will help human society prepare for possible changes.

There is no doubt that the climate is changing. Scientists from the United Nations Intergovernmental Panel on Climate Change (IPCC) share this opinion. They released their report on climate changes on August 9 with pretty dark predictions. 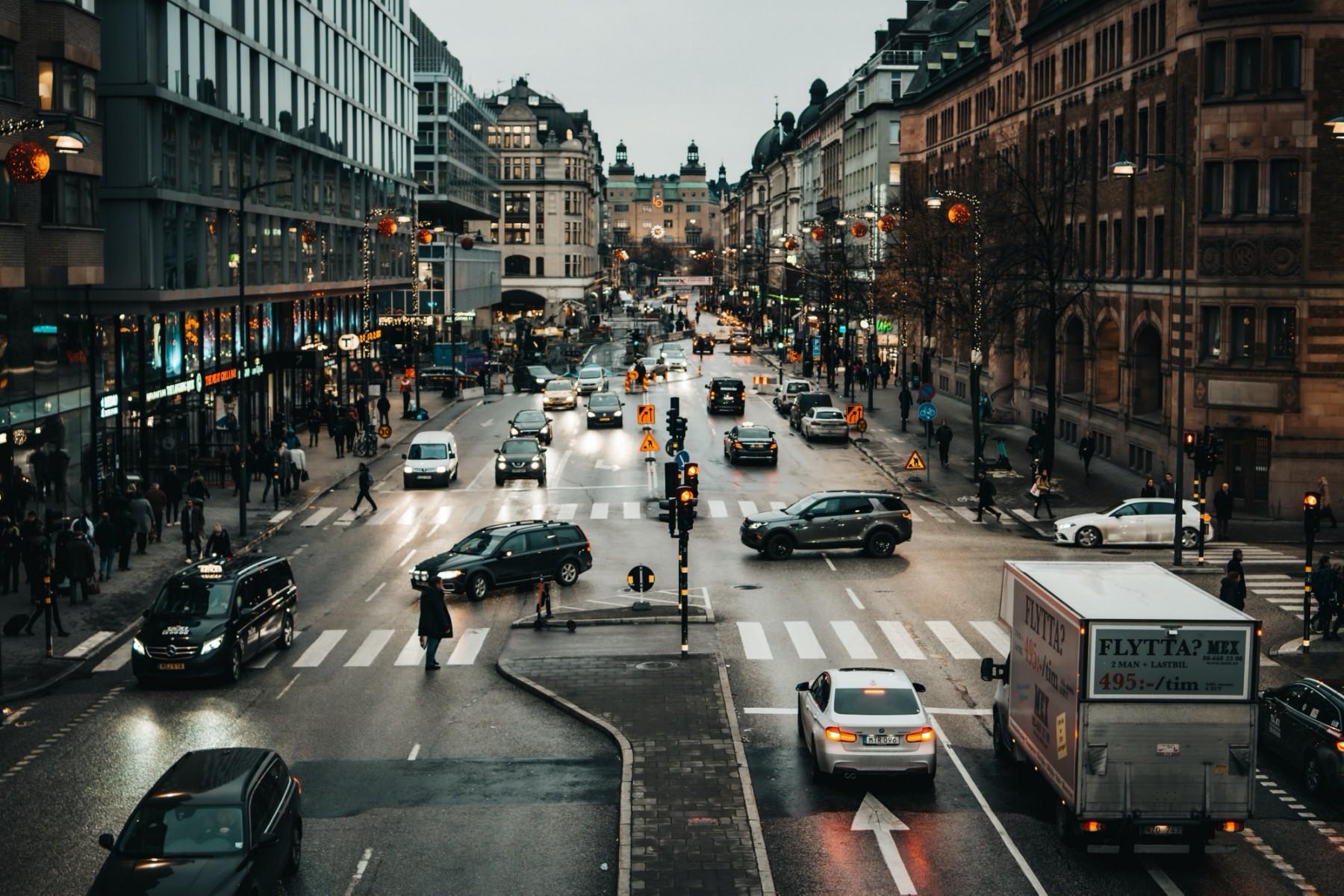 Who is the most interesting Nobel Prize in Physics winners in history?

Three laureates also shared the 2020 Nobel Prize in Physics. They were awarded for their discoveries about the black hole.

Roger Penrose showed that “the general theory of relativity leads to the formation of black holes”.

Where to find information about climate in the Windy.app?

You can find data about the climate — a set of weather characteristics or weather patterns over a long period of time (from one month to millions of years, 30 years on average) — in a special section of the application called Weather History (Weather Archive), including the Deatailed Weather History for those who need more data.

The feature is available for any outdoor spot in the app, as well as for any point on the Weather Map for the past 9 years (2020–2012). 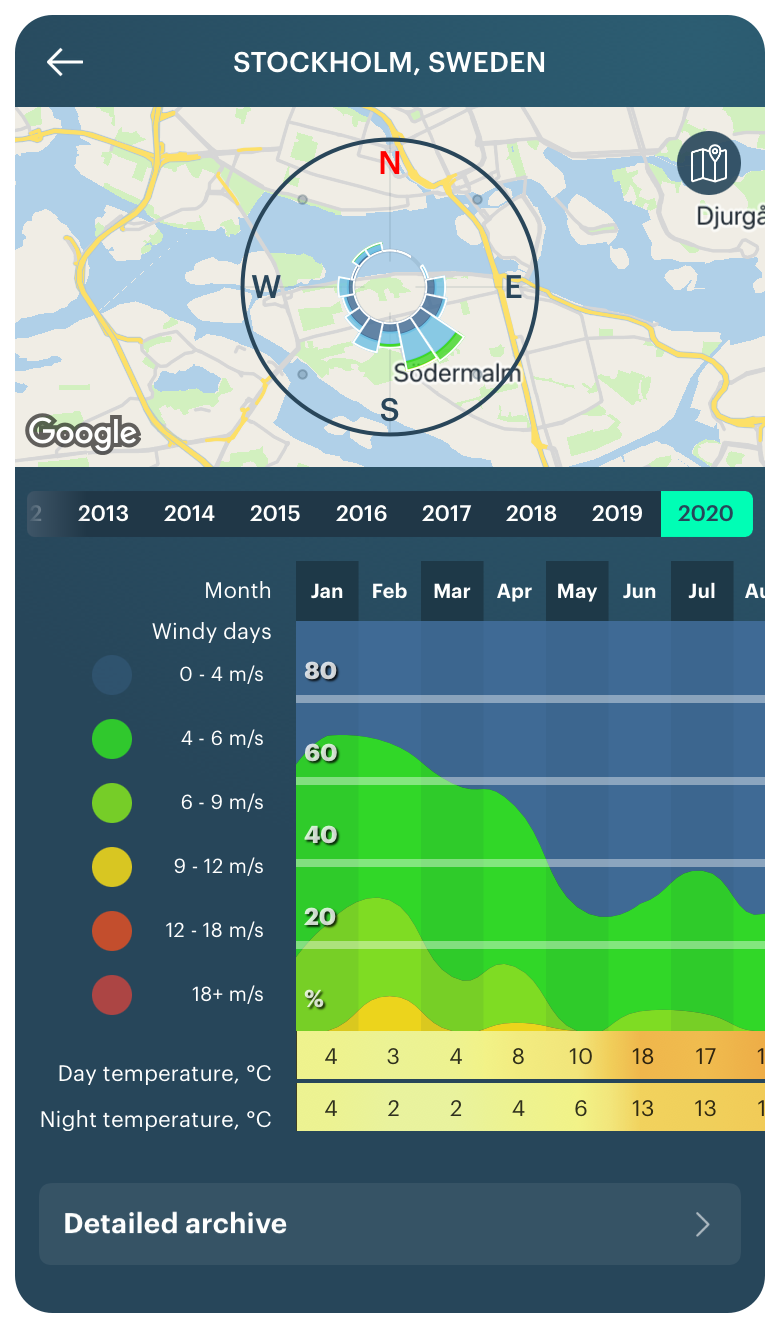 Weather History for Stockholm in the Windy.app for iOS

The weather history data currently includes such a basic and important weather parameters as: 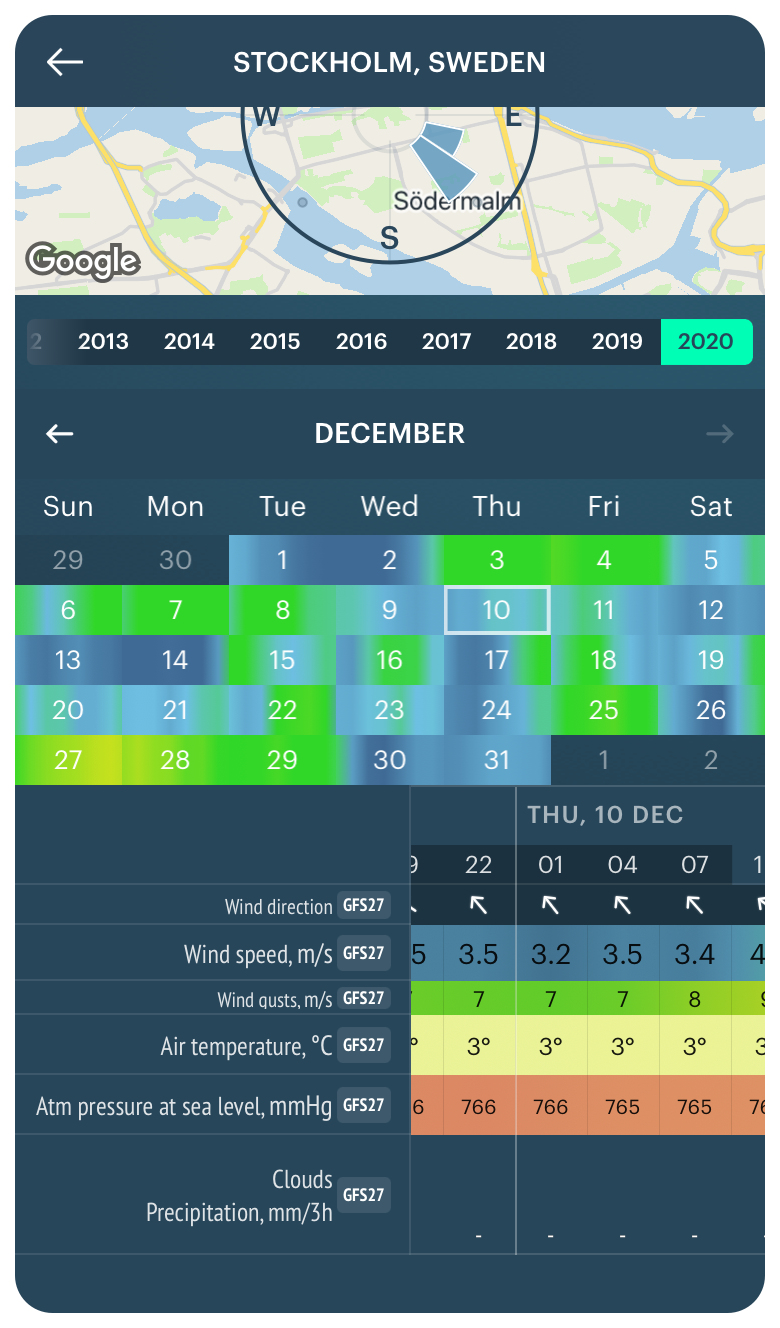 Detailed Weather History for Stockholm in the Windy.app for iOS

Separately, you can find the Wind History feature on the Weather Map in a very visual way and averaged by month over the same time frame. 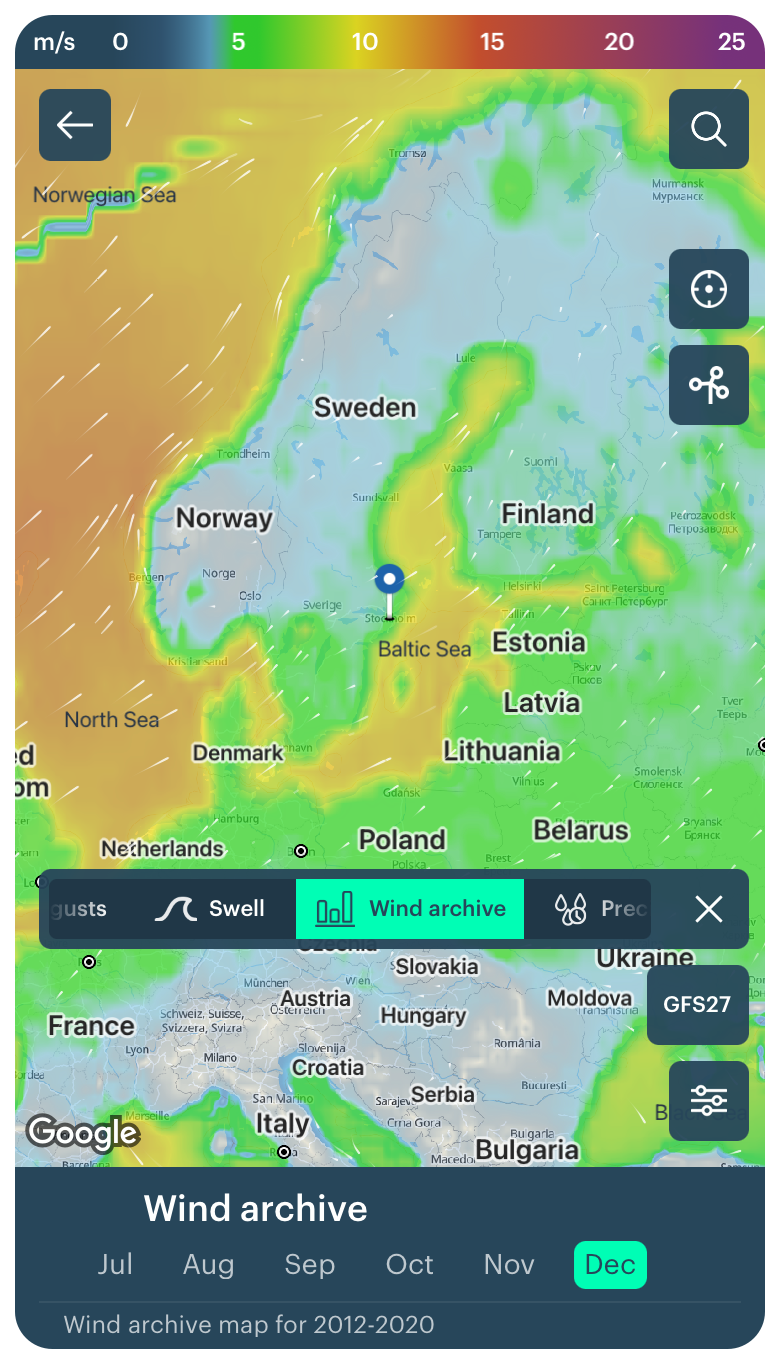 Wind History for Europe and Scandinavia in the Windy.app for iOS

Learn more about what the weather history is and how to use it for better weather forecasting in the dedicated article in the Windy.app blog.

What does the 10 days weather forecast mean