If you appreciate Mediterranean and Spanish cuisines, complete your collection with Jardí de l'Abadessa. A lot of guests say that waiters offer tasty paua, sirloins and carpaccio here. It's worth coming to this place because of good gelato and perfectly cooked tiramisu.

Pizze&Delizie is an authentic pizzeria handcrafted neapolitan, located in the heart of the neighborhood Bellvitge, Hospitalet de Llobregat, Barcelona, Spain. 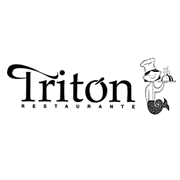 A corner of sea in the upper area of Barcelona. Specialty in fish and sushi. Reference in Barcelona from 30 years ago.

In the early days only sold frankfurters, a product virtually unknown and which will be progressively incorporated into other types of snacks, always wowing the client.

10 day weather forecast for Marbella, Spain, contains useful information about local wind speed, direction, and gusts, temperature, cloud coverage and precipitation based on the global GFS weathel model. All data updates four times a day with a forecast step of 3 hours. There is also a real-time wind forecast for Marbella, Spain, from the nearest weather station to the spot, and a live Wind Map of the region and the world.

Climate, weather, and seasons in Marbella

The weather in Marbella is characterized by mild and regular temperature conditions throughout the year, it is a Mediterranean climate, hot, humid, and arid summers and long, cool, windy, and partly cloudy winters. The temperature has a maximum of 29 °C in August and a minimum of 8 °C in January. About 668 mm of precipitation per year, mostly during the autumn-winter period, with July being the driest month. It is located 60 meters above sea level and humidity varies between 60% and 74%.

Winter in Marbella occurs between the end of December and the end of March with temperatures ranging between 8.5 °C and 15 °C, with an average of 26 days of rain (117 mm) in the total season.

Spring in Marbella starts at the end of March and goes until the end of June, temperatures during this period range between 10 °C and 24 °C, and on average there are 22 days of rain (70 mm) in the total season.

The summer in Marbella goes from the end of June to the end of September, June is the most pleasant month with an average temperature of 21 °C (70 °F). By July temperatures begin to rise moderately with highs of 29 °C in August.

Autumn in Marbella, as in winter, is the season with the lowest concentration of travelers, a good choice for those who prefer to have beaches and wind only for themselves. It presents 23 days of rain (139 mm) in the total of the season, you can sunbathe on the beach until mid-October with temperatures that drop progressively from 25 ° C to 15 ° C.

The windiest season of the year starts at the end of October reaching average speeds of 16 km/h.

It is a time with high and powerful waves, therefore it is more suitable for right-handed kitesurfers.

Marbella weather forecast for kitesurfing in Spain on the Windy.app for iOS. Photo: Drew-graham / Unsplash

The best months to kitesurf in Marbella depend on your level of expertise and what your goal is. Any time of the year is suitable because it has excellent weather conditions of wind and sun. To determine the most appropriate season it is convenient to establish whether you are looking for strong or light winds, given the large number of beaches dedicated to kitesurfing in Marbella it is possible to practice all year round without major restrictions.

Marbella is a large and popular seaside town on the southern coast of Spain, between Gibraltar and Malaga.

Marbella is a destination known for its benevolent climate with few days of rain per year, at least 300 days of sunshine, and with certain particularities given its geographical position in which the surrounding mountains and the inlet configuration of the coast serve as a blockade of the north winds which produces a unique microclimate.

It has several beaches where surfing and kitesurfing are protagonists: