The aurora is a beautiful sight. In this new lesson of the Windy.app Meteorological Textbook (WMT) and newsletter for better weather forecasting you will learn more about Aurora and how it works.

The Sun’s radiation consists of dangerous particles, so it’s harmful by itself. If you go to space now not in a spaceship but in your hoodie — you’ll burn at once, first of all because of the radiation.

The Earth’s magnetic field is what keeps us safe, creating a protective shield. It forms an arch closing on the poles. It looks like that. 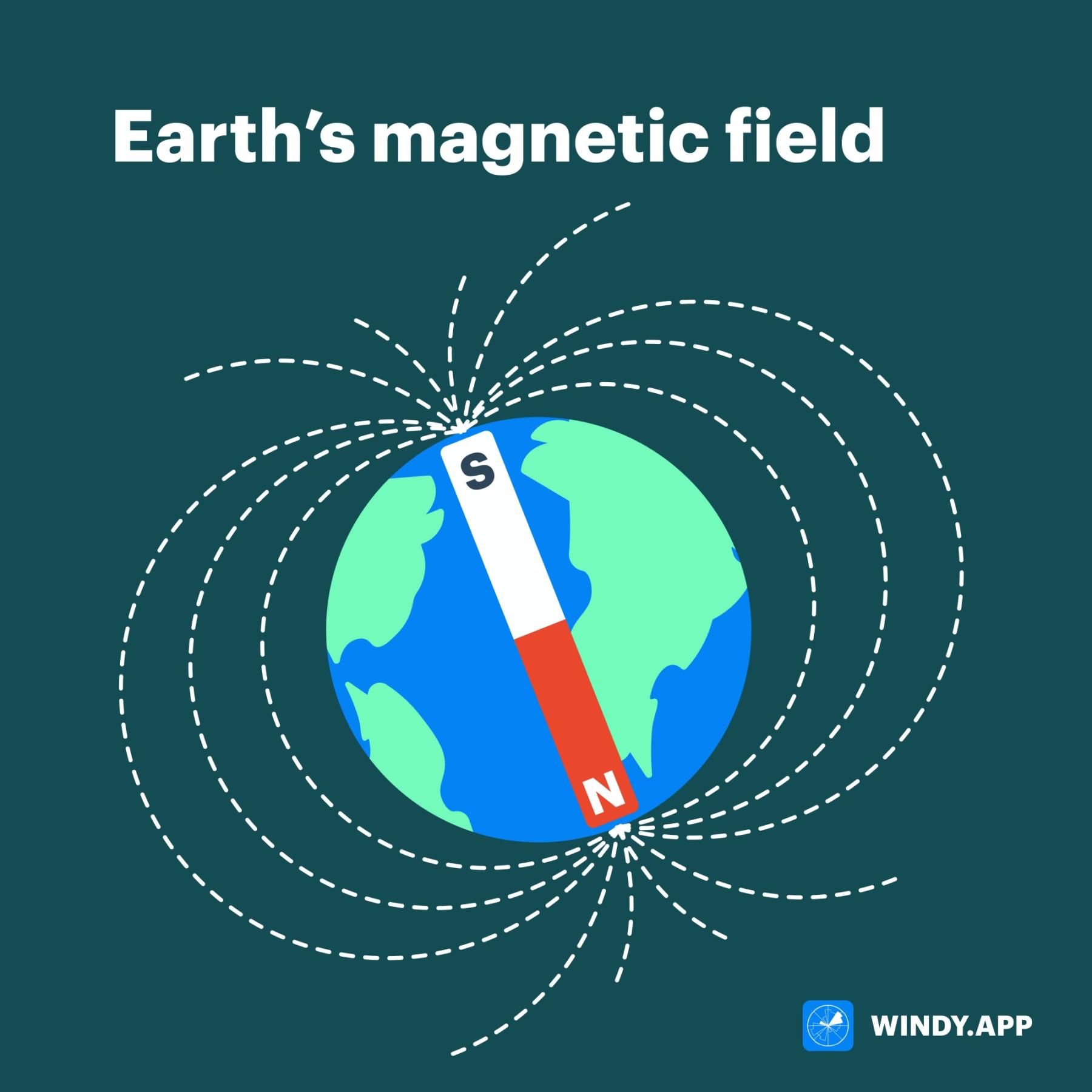 Remember — magnetic poles are different from the geographical ones! The former are related to the circular currents in the Earth’s iron core and the latter — to the Earth’s axis.

Remember physics classes and the experiments with magnets? The red side attracts the blue one and pushes away another red one.

The Earth’s magnetic field is the same. It pushes away particles with a similar charge coming from space.

It all starts with the Sun

The Sun always throws out particles — electrons, protons and helium nuclei — flying with a speed of over 800 km/s and forming the solar wind.

The Earth’s magnetic field pushes the streams away.

But some of the particles (protons and electrons) manage to get into the upper atmosphere as the field bends at poles creating vulnerable sinks. They let more small particles in. 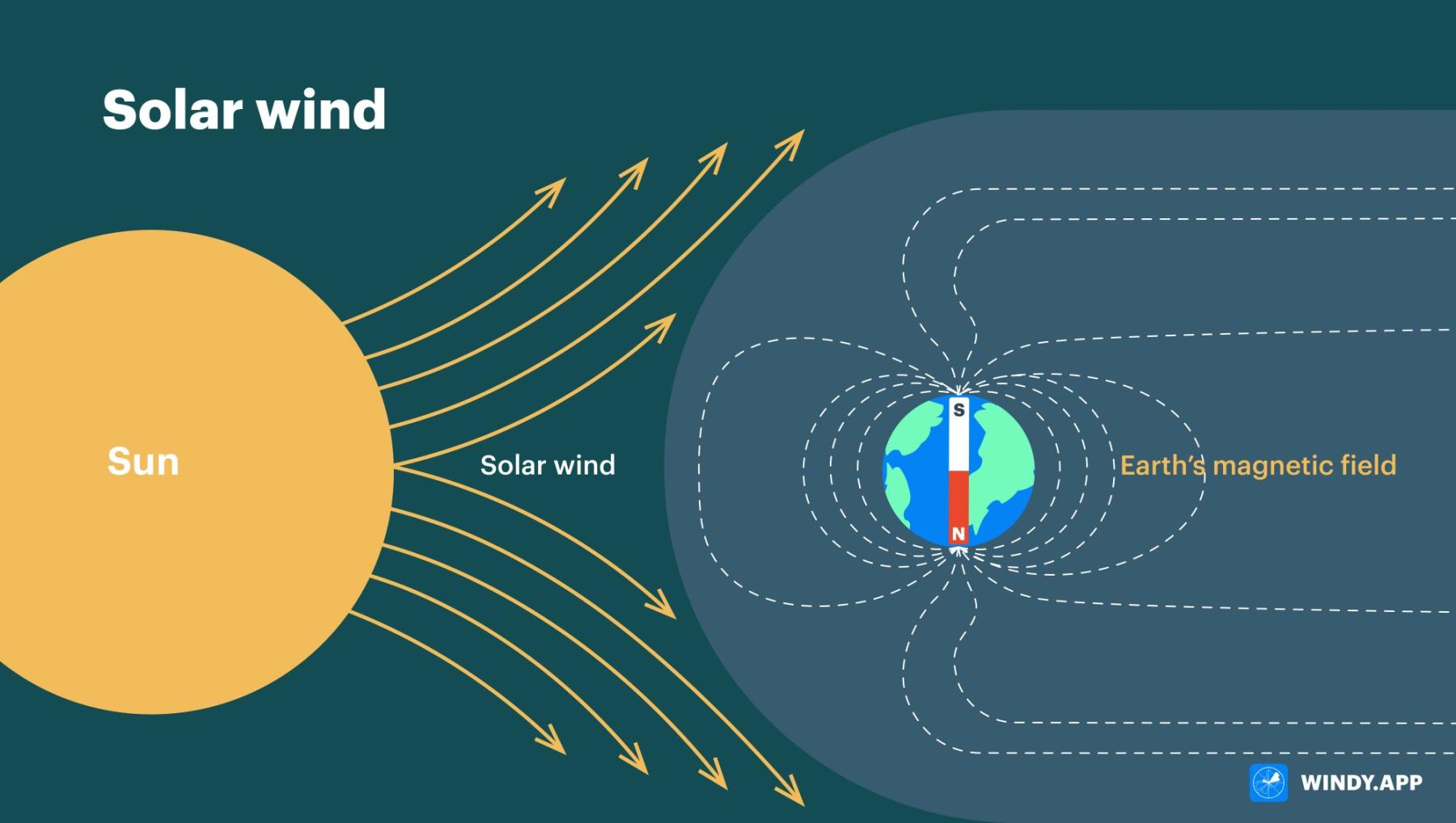 The particles bump into air molecules around 100 km above the Earth’s surface. Bumping into a particle oxygen and nitrogen atoms go into the so-called excited state.

The charged particle passes its energy on to the atom and in becomes more “energetic”. But it can’t stay in this “energetic” (excited) state long so it goes back to the stable state losing the energy from the atom. Light is the energy.

The light’s color depends on the atom. Yellow, green and red — oxygen, blue and purple — nitrogen.

The closer to the magnetic pole — the richer the colors. In Norway the aurora is mainly greenish, in Canada — red and yellow.

How to use isobar map