You can really find anything in US malls… Even ski slopes! Such slopes were built in one of the new American Dream shopping centers in East Rutherford, New Jersey.

The skiing area had been in the works for almost 16 years and finally opened its doors last week. Snow for the project was created “by dripping water from the ceiling and freezing it through the same physical process by which snow is made outdoors in nature”, CNN cites the press release.

Now every skier and snowboarder living near the mall can use this for practice even in summer. Tickets cost about 30 dollars (for a two-hour session), equipment for skiing or snowboarding could be rented there as well.

Olympic skiers Lindsey Vonn and Donna Weinbrecht and snowboarders Kelly Clark and Red Gerard were the first to use this 180,000 square foot, 16-story, climate-controlled indoor park when they attended the center's grand opening. 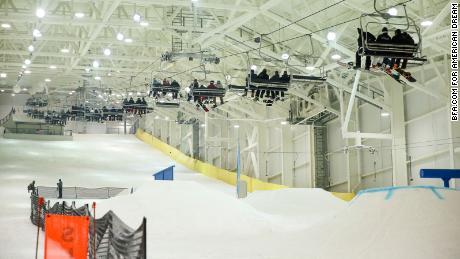