In this lesson, we will talk about clouds which are usually associated with heavy thunderstorms and are capable of producing severe weather.

From cumulus to cumulonimbus

The process starts with the formation of a cumulus cloud, which requires a dramatic change in temperature with altitude: warm air close to the surface gets significantly colder the higher up you go.

Such conditions are common for summer when the sun heats the ground. Warm air rises and warm updrafts appear because heat makes the air less dense and lighter.

The updraft carries water vapour into the sky. On the way, the air cools down, collides with small particles, such as pollen and soot, and condenses — that is, it changes from the gas (steam) into the liquid (water) state. This is how a cumulus cloud is formed. 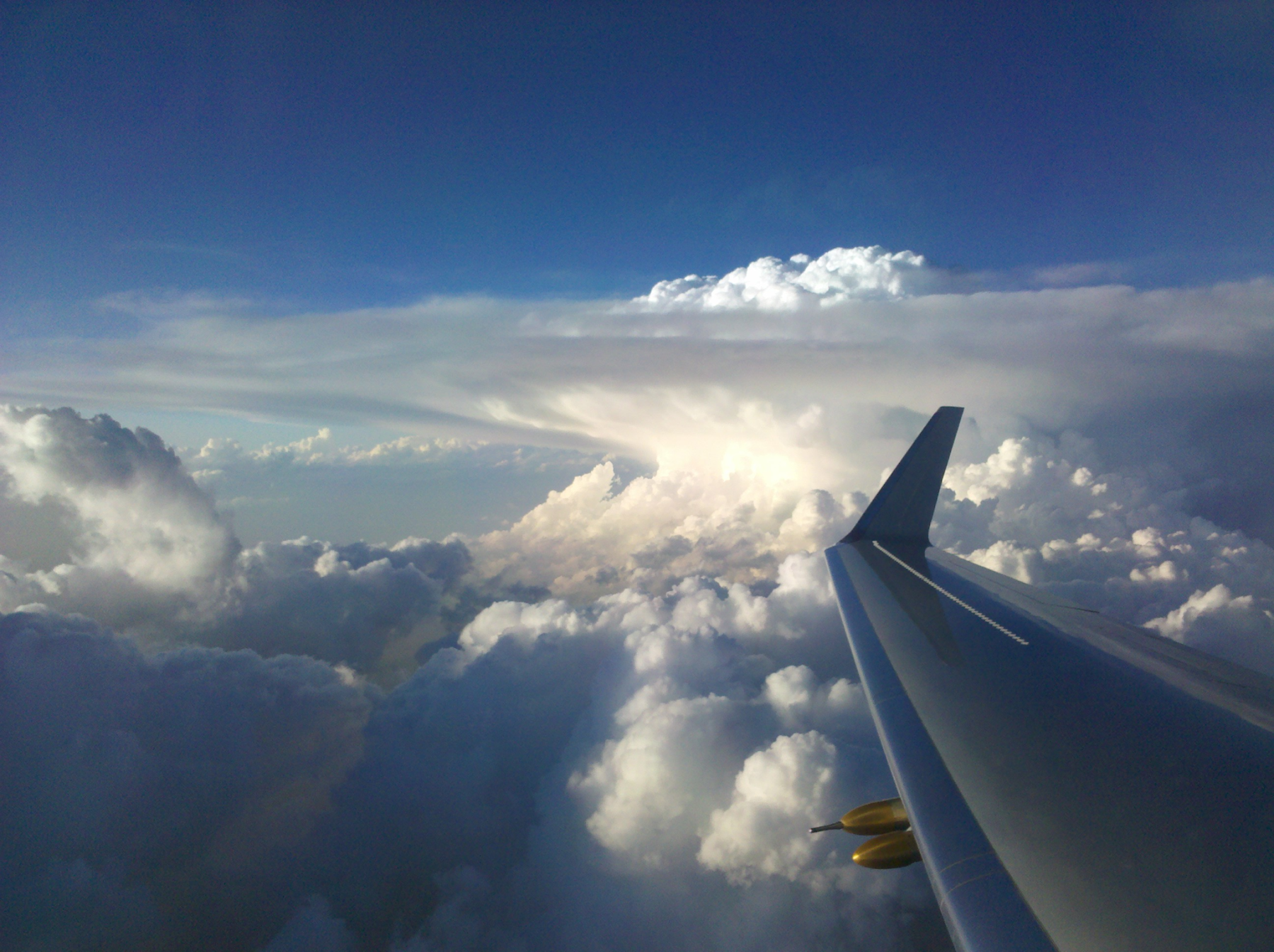 Cumulonimbus clouds are often accompanied by a flat base of smaller cumulus clouds at about 500 meters. But unlike other clouds, cumulus clouds do not belong to any particular level or range of heights at which certain cloud types are typically found. Therefore, they are also known as clouds with vertical development.

With the stronger updraft and lower temperature at high altitude, the moisture, or essentially a cumulus cloud, is carried higher.

In places where the temperature difference between the rising and surrounding air becomes less significant, the upward air current slows down. The higher this boundary, the higher the cloud grows: first into an average cumulus and then into a really powerful cumulus cloud. If the rising air is too moist, a powerful cumulus cloud can get dark and turn into a cumulonimbus cloud, a source of thunderstorms and heavy rains.

What to expect from a cumulonimbus cloud

Typically, a cumulonimbus base is formed at an altitude of about 500 meters and some clouds reach up to 9-14 kilometers at the top.

Well-developed clouds of this type have an anvil-shaped top. The cloud seems to be spreading across the sky because of strong winds or the proximity of the tropopause. In the tropopause, the temperatures remain the same at different altitudes, so the air can no longer rise up.

Cumulonimbus clouds can produce showers, thunderstorms, hail, gales, high turbulence, and mixed precipitation, like snow showers in winter. Although modern aircraft are protected from lightning strikes, pilots are strongly recommended to avoid flying through or even near cumulonimbus clouds.

Such clouds do not always form spontaneously from heated ground, but occur along a cold front, that is, when a cold air mass moves towards a warmer one. Warm air at the edge of the cold front is pushed up, forming the updrafts necessary for cumulus clouds.

A cold front may be quite extended, so it often leads to the formation of multiple layers of towering cumulonimbus clouds. The good news is that the movement of a cold front is easily predictable.

A cumulonimbus cloud can also be traced using an aerological diagram: the blue curve should be located to the right of the red one. This means that the temperature of the rising air (state curve, blue) decreases more slowly with height than the temperature of the surrounding air (stratification curve, red), and there are conditions for the formation of cumulus clouds. 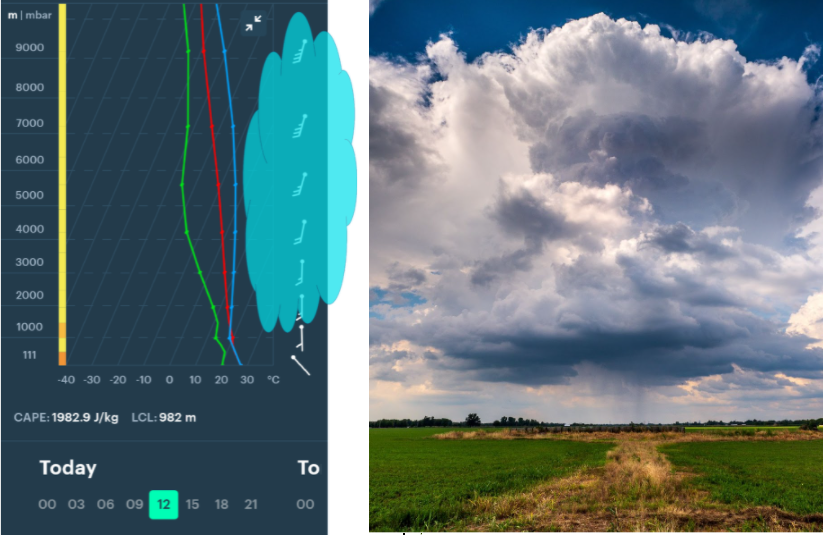 The thicker the layer where air can rise, the more likely the development of menacing-looking cumulus clouds. It is also worth paying attention to the CAPE indicator of atmospheric instability: the higher its value, the better the conditions for clouds with rain and thunderstorms.

How ozone holes are formed?