How dangerous the sandstorm is

A severe sandstorm hit major Brazilian localities such as Franca, Barretos, and several others on September 26th, 2021. A huge cloud of reddish dust made its path through the living quarters, causing the visibility level to go down to zero. Luckily, no one was fatally injured.

However, how dangerous could a sandstorm be and where does it usually happen? This knowledge may help you avoid a sandstorm or survive it.

What is a sandstorm and where does it come from?

According to WMO, we could interpret this phenomenon as a windstorm (more than 10 m/s) that lifts a large amount of sand to the minimum height of 1.8 meters from bare, dry soils into the atmosphere.

A sandstorm can be caused by cyclones as well as by thunderstorms. During the storm, which usually lasts from a few minutes to an hour, sand can be lifted up to up to 10 km height.

The main areas where sandstorms occur are those that are flat and dry. Such US states as Kansas, Texas and Oklahoma are used to this phenomenon. This type of storm is also often seen in some areas of China, Mongolia, Africa, and the Middle East.

The danger of sandstorms is in the reduced visibility and the particles. Due to the storm, visibility can go down to absolute zero which makes any movement during the event difficult. Sand particles can also be dangerous not only for human eyes, respiratory organs and the rest of the body but also for machine engines and other mechanical particles that can become filled with sand after the storm.

That’s why it’s recommended to stay indoors during the storm or, if you are outside, wear a face mask to protect your eyes, nose, and ears from small sand particles. 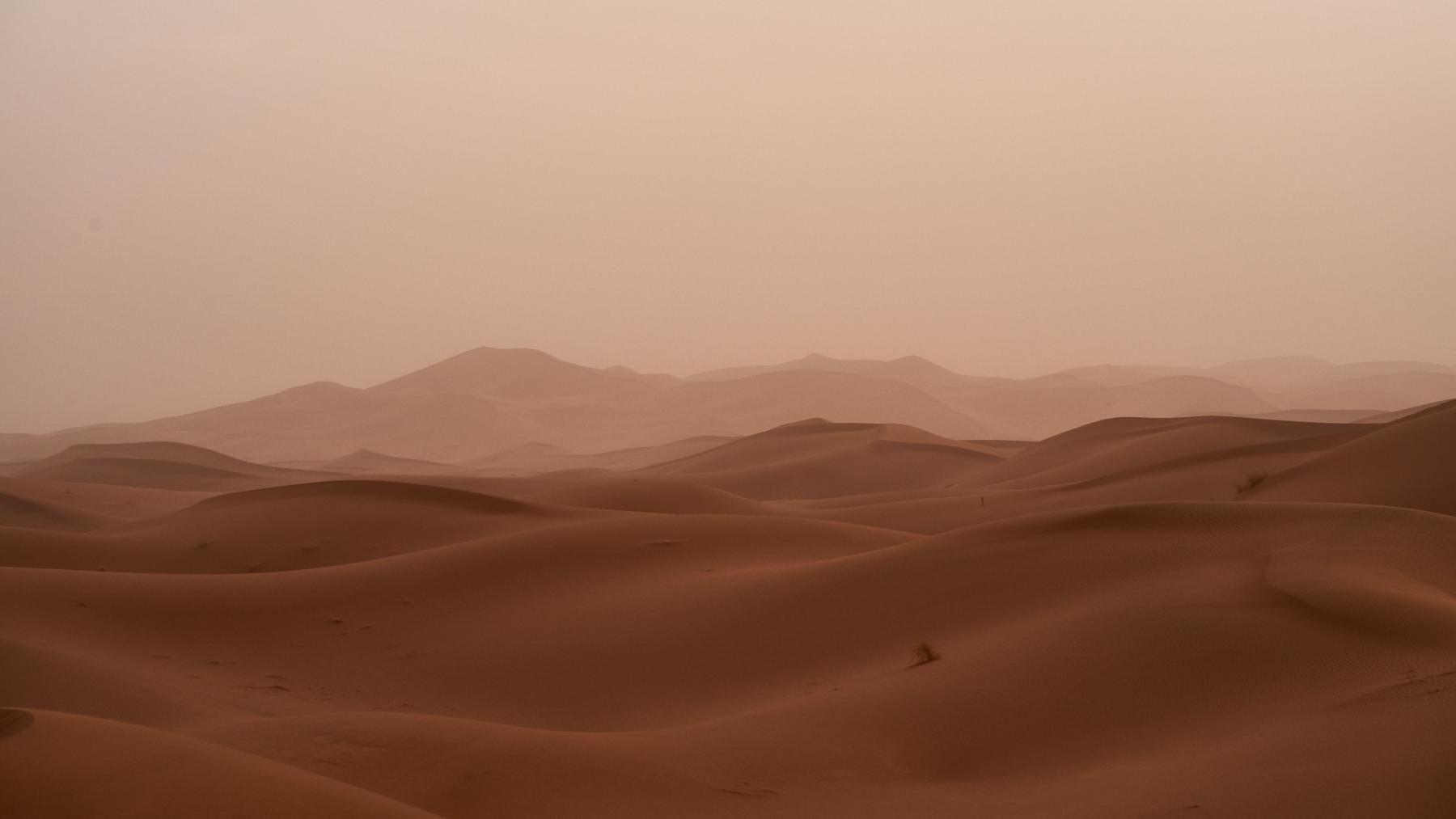 The difference between a sandstorm and a dust storm

This phenomenon might look similar to dust storms. The main difference is, however, the matter of the storm — sand or dust, its location and the height.

How do people forecast sandstorms?

The WMO initiated the Sand and Dust Storm Project in 2004, the main goal of which is to forecast dust and sand storms and warn about them as early as possible.

The forecast system is operated by the Global SDS-WAS Steering Committee and three project nodes that are located in Spain (forecasts for Europe, Africa, Middle East), in China (forecasts for Asia), and the USA (forecasts for America). These organizations are responsible for providing timely, quality sand and dust storm forecasts. They collect data on dust in the atmosphere and on the wind to forecast future sandstorms.

The issuance of a sand and dust storm warning occurs when visibility less than a quarter mile (400 m) and wind speeds of 40 km/h (11 m/s) or more are combined. Such a warning results in the immediate closure of the airports.

For example, on August 22, 2016, a dust storm caused visibility at Phoenix International Airport (Arizona, USA) to drop to less than a quarter mile, with wind gusts exceeding 30 m/s. Sixteen flights were delayed, with an average delay time of 49 minutes.

The media regularly reports on such incidents. 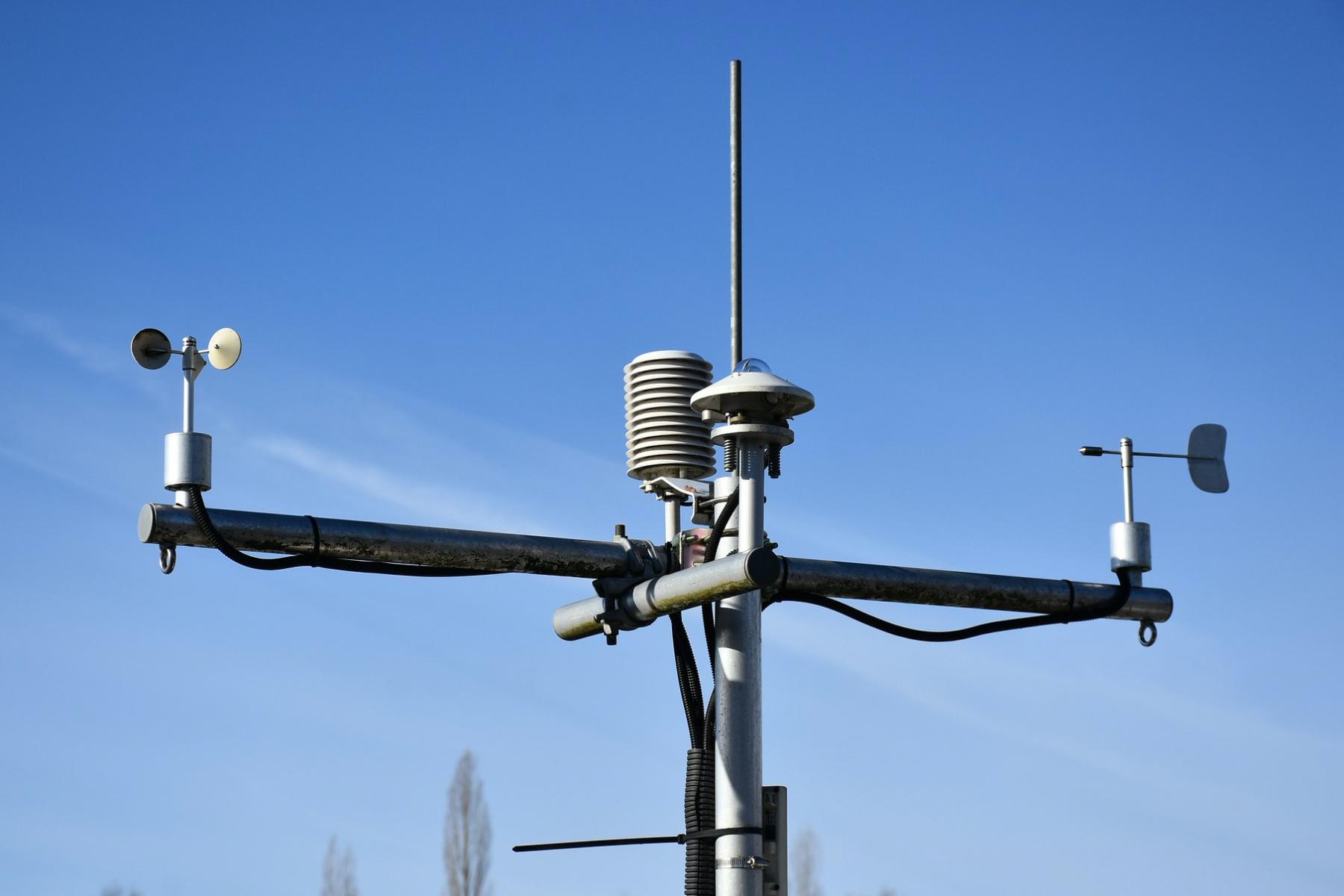 Where to find information for sandstorm predicting in Windy.app?

In Windy.app there are several tools that can be used to learn about possible conditions for sandstorms. These are: 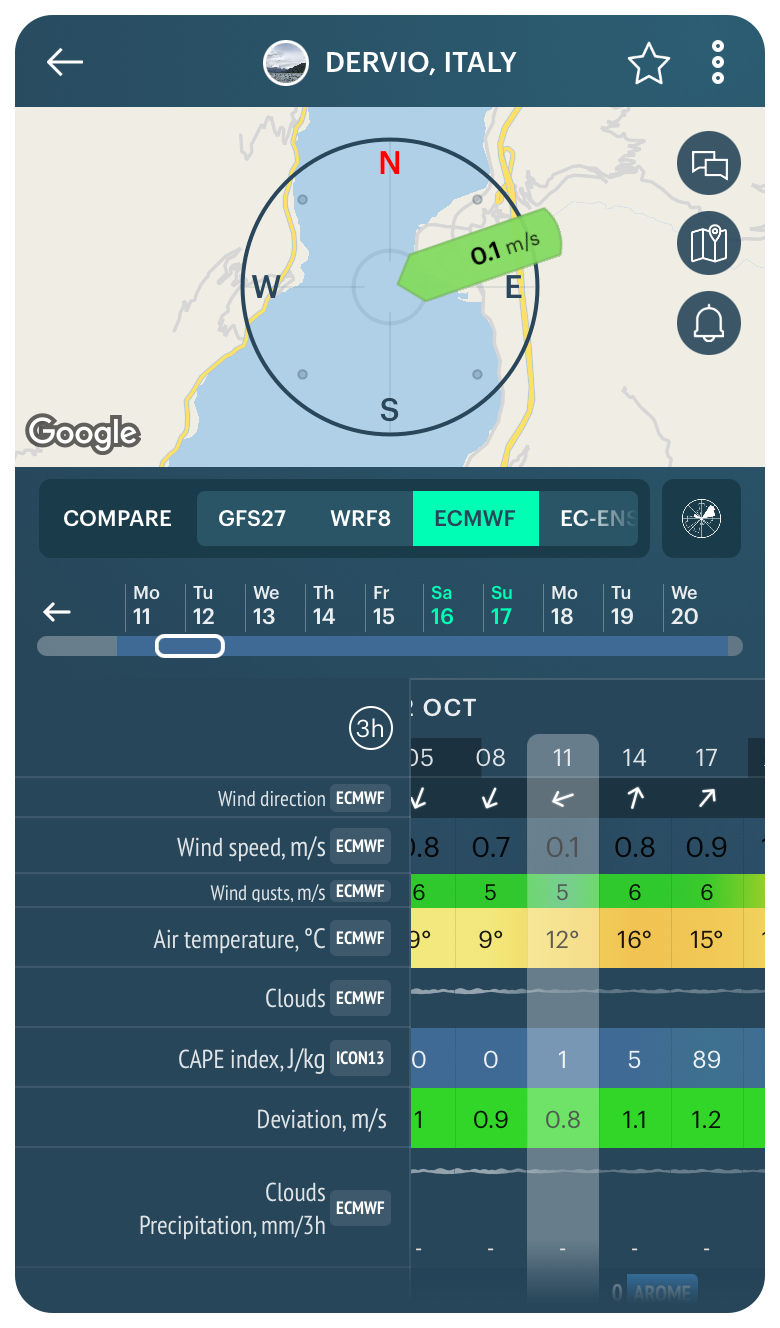 Wind Forecast in the Windy.app for iOS

Learn about cold and warm fronts movement, due to which cyclones and storms can occur. 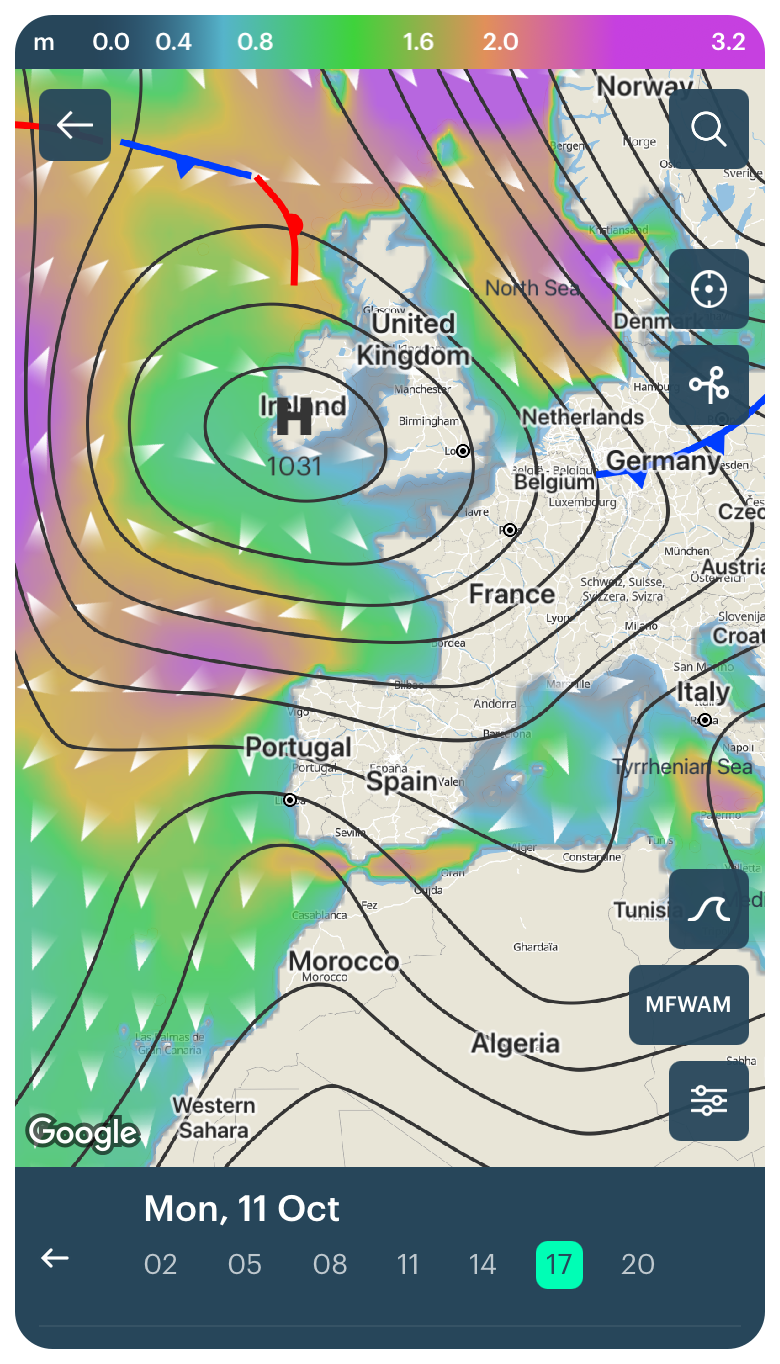 Weather fronts map and Isobars map in the Windy.app for iOS

Ask locals about how often sandstorms happen at their location and where to hide from them. 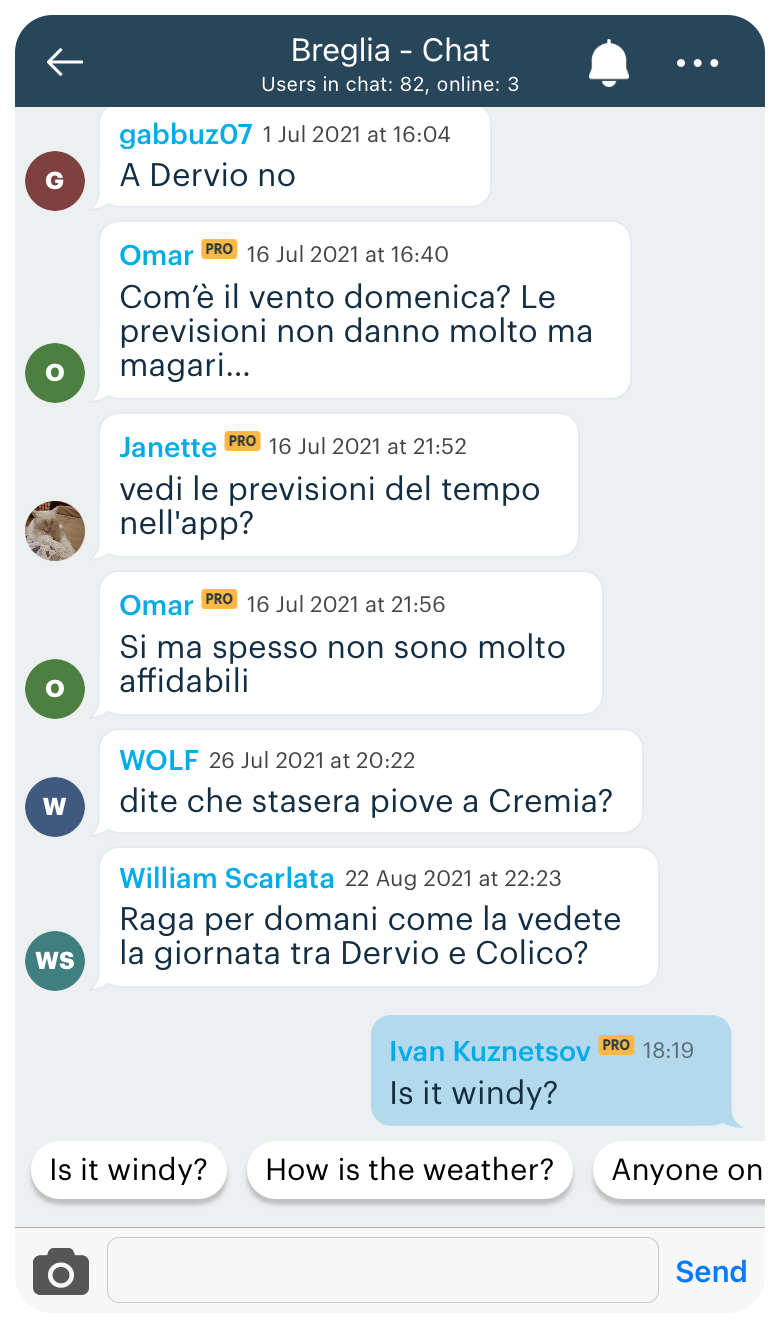 Outdoor spots chats in the Windy.app for iOS

What is a dust devil and how does it work

What are local winds and how do they work