The weather, which looks like a single phenomenon, is in fact a set of different meteorological events expressed in specific values (numbers) at a particular place and time.

These phenomena are also called weather elements or parameters, or parts, and the like. They fall into two large groups: the main ones, which you can find in every regular weather forecast, and the advanced ones, which can only be found in professional and specialized weather apps and sites like the Windy.app, for example.

The first group of parameters is needed for most of the people; the second is rather for those who are engaged in various kind of activities, including certain sports such as surfing, yachting, fishing, and others. We dealt with the main parameters in the first part of this guide, so the second part is dedicated to advanced weather elements, of which we will distinguish 20, because their list tends to infinity.

The air temperature you see in the standard weather forecast is the temperature that is measured by weather stations and other instruments at about 10 m above sea level (32 ft) — just like the wind. But it is not the same at different altitudes: the closer to the ground, the warmer; and the farther away, the colder, respectively.

Temperatures at different altitudes can be found in specialized weather forecasts for climbers; air sports, including paragliding, and general aviation; and even more often for winter sports, including the most common, skiing and snowboarding. In the latter, the air temperature is usually measured at the top and bottom stations of the ski resort.

The advanced weather elements in relation to precipitation include a number of parameters. First of all, it is the total accumulated precipitation. It differs from ordinary one (rain, snow, etc.) in that it shows the sum of precipitation over a certain period of time in a certain place or how much rain has fallen or will fall in total. Learn more about how do we measure precipitation in general.

Another popular series of advanced parameters are related to snow. In particular, there are:

Both items are measured in inches/cm. You can find both parameters in snow forecast or skiing, snowboarding and other winter activities.

Wind gusts can be found in normal weather forecasts, but not in all, so it should also be considered rather an advanced parameter than the normal one. It’s a short acceleration of wind speed of 20–30 seconds. In the normal weather forecast, wind gusts as well as wind speed and direction are measured at a height of 10 m (32 ft). There is also an altitude forecast for wind gusts.

Atmospheric pressure at an altitude

Atmospheric pressure, the force with which the air column presses on the surface at a particular place on Earth, also varies with altitude by analogy with the way the temperature varies: the higher, the lower the pressure. This is easy to explain: when we go up into the mountains, the height of the atmospheric column above us constantly decreases, causing the pressure for us to also continually decrease. But the pressure also depends on the air temperature, which also decreases as we go up.

The freezing level is the elevation at which the air temperature is 0 degrees Celsius, 32 degrees Fahrenheit, or 273 degrees Kelvin. At this temperature, water freezes, including particles of moisture in the air.

The higher the freezing level, the colder the air and the faster and stronger the moisture freezes. In other words, this is the line that separates snow and rain, or where the snow stops melting. This also explains why there is snow on the top of the mountains.

The freezing level is usually presented as a chart or a graph. This is most convenient for the user of the weather forecast, who is used to checking it in the weather app on his phone. 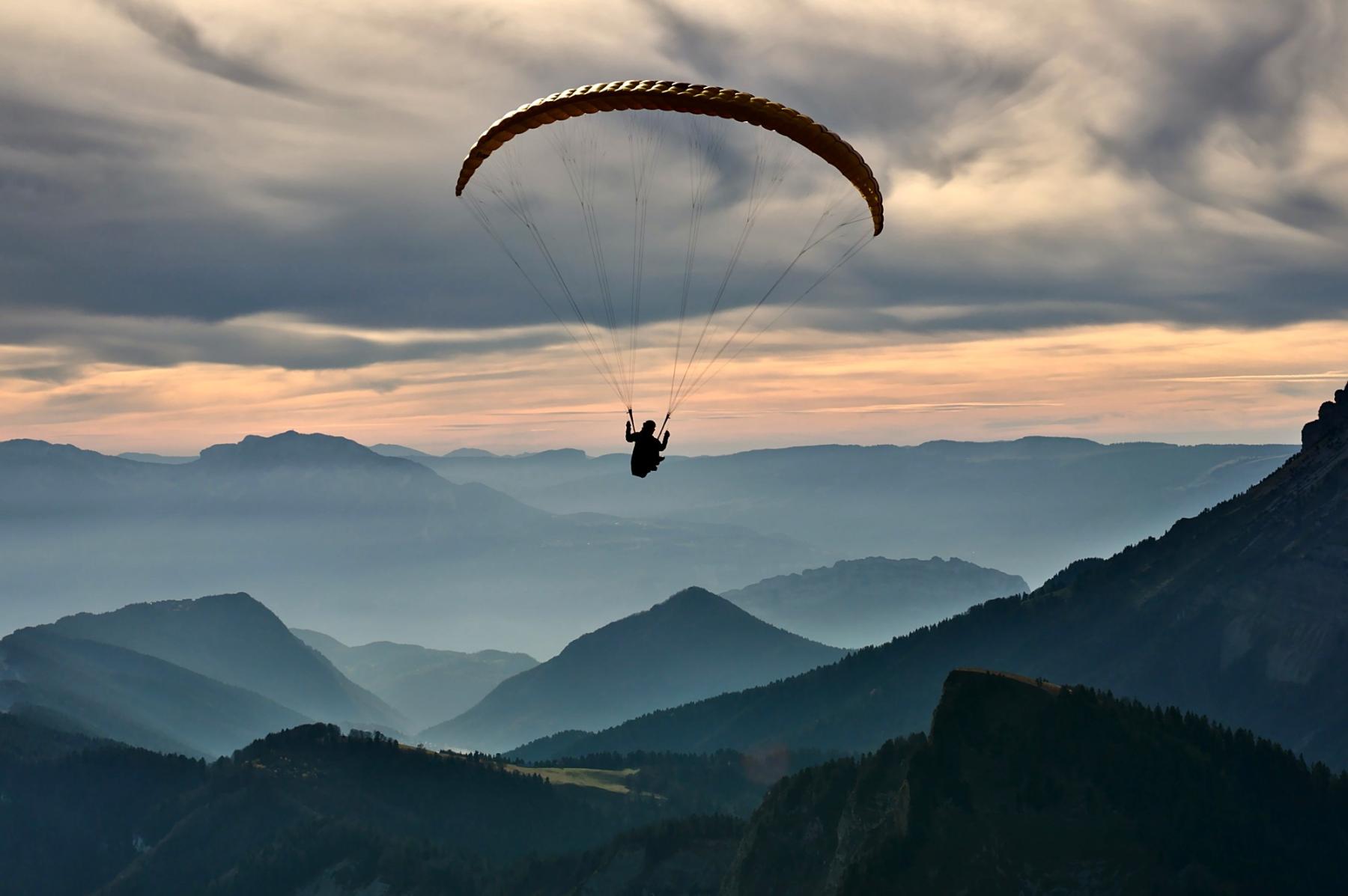 The cloud forecast is not only about the presence or absence of clouds in the sky, which you see in general weather conditions, the first and most basic element of a standard weather forecast, but also many other parameters. Again, they may be needed by those who engage in various aerial sports. The two main ones are cloud base and cloud cover.

The clouds are also measured by the following advanced weather elements you may also see in some special weather forecasts: cloud type; cloud top and cloud height, which are related to cloud base; cloud layers; cloud ceiling, cloud reflectivity, and others.

A weather front is a place of collision of air masses, a boundary that is constantly in motion. If cold air moves into warm air territory, it is a cold front; if warm air moves into cold air territory, it is a warm front. The two other types of weather fronts are stationary fronts, that is, the mix of warm and cold fronts; and occluded fronts or fronts that will appear in the near future.

The main thing to know about weather fronts is that clashing fronts mean abrupt changes in weather, including extreme weather such as heavy rains, thunderstorms and lightning, mists, and so on. Knowing front you can do better weather forecasting.

Weather fronts are represented on weather maps as lines of different colors. Learn how to read weather maps like an expert.

Two of the most destructive types of weather events on earth are essentially the same, simply because they have different names in different parts of the world: hurricanes are the name for tropical cyclones in the United States and typhoons in Asia.

A typical hurricane or typhoon originates in the ocean and follows a few days to the coast carrying strong winds and precipitation, which in turn lead to the destruction of houses and other buildings, floods, broken power lines and other dangerous things. This happens year after year more or less in the same places on the planet at the same time, which is called Hurricane season. But, of course, all typhoons are different.

The sea and water forecasts also refers to advanced weather forecasts with many parameters that you will not find in the regular ones:

First of all, these include sea temperature and sea surface temperature, which are different from air temperature. Water temperature depends on geography. For example, in the eastern basin of the Mediterranean Sea, the water is warmer than in the western one, partly because the first is located further to the south. But not only that. It is also influenced by currents and in some seas by such phenomena as upwelling (strong winds drive warm surface water into the sea, forcing colder water to rise from the bottom). Large rivers flowing into the sea can be another reason.

Next, the tides are very important. These are periodic fluctuations of ocean level that occur once, twice, or four times a day depending on the place. It is a result of changes in the position of the Sun and Moon relative to the Earth and the effect of their gravitational forces on the ocean. There are two main types of tides: high tide and low tide.

Data on tides can be found in special tide tables. Tide tables show high and low tides, indicating the time and height of these water levels for a particular coastal area. These tables make it possible to pre-calculate the time and heights of high and low waters, as well as the heights of levels at intermediate moments with sufficient accuracy for practical purposes.

Tidal range is another important advanced weather element concerning the tides that all boaters need to know. It is the height difference between a high tide (rise in water level) and a low tide (fall) at any given location. The strongest tidal waves on the planet could be experienced (but better not) in the Bay of Fundy, Canada, between Nova Scotia and New Brunswick provinces. Its maximum tidal range during the year is 16 m (52 ft) and the mean tidal range is 11.7 m (38.4 ft).

Ocean currents are also observable, measurable, analyzable, and predictable with various weather tools, which means they too can be found in advanced weather forecasts. Just as with winds, you can find out the direction and speed of currents, depending on their types: density currents, rip currents, and others. 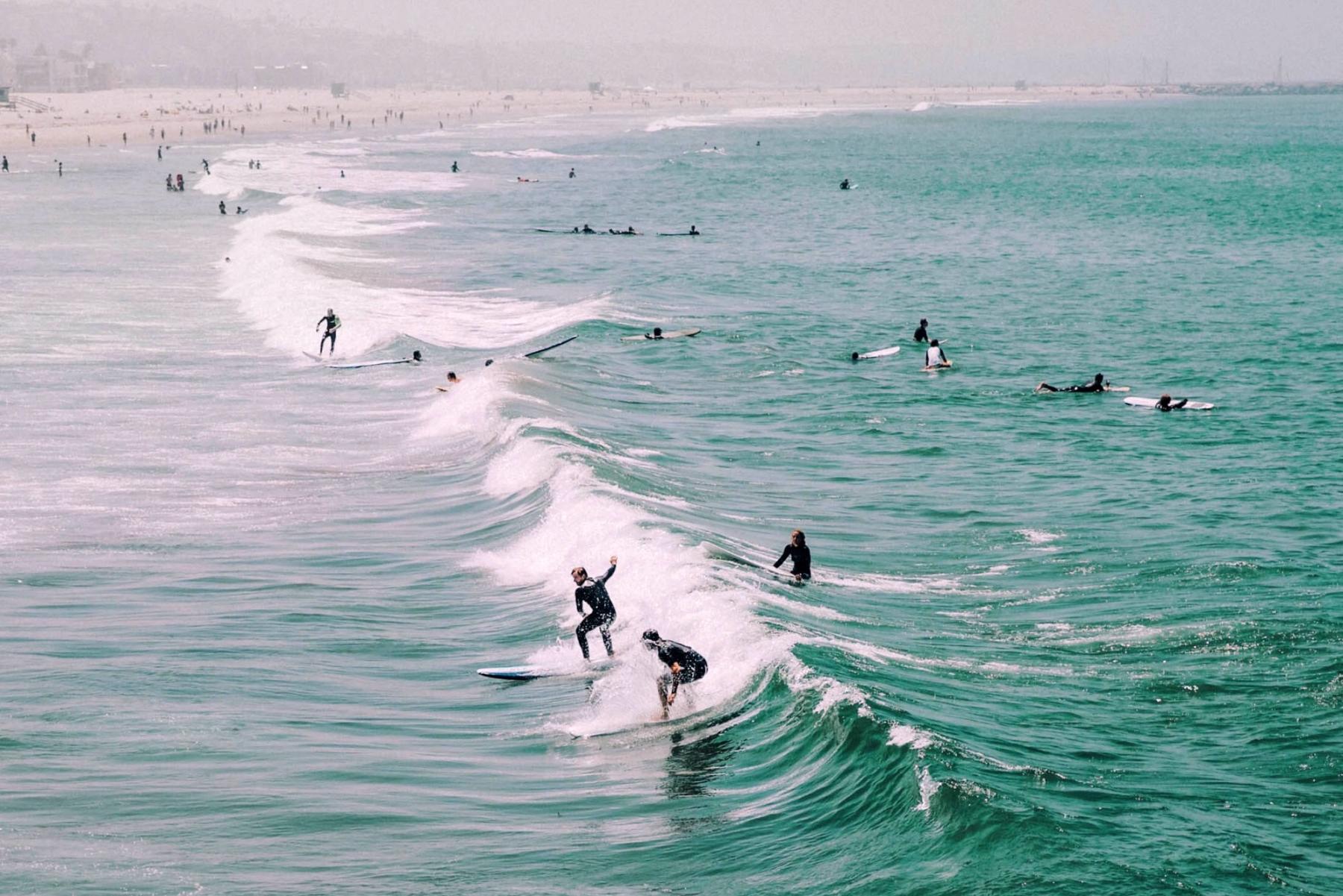 The prediction of water also highlights waves — the visible fluctuations of the sea, which are always the result of mechanical action — for example, the impact of the wind or a boat.

Primarily to surfing, one of the most popular water sports, waves are called swell, a particular type and a number of waves that are best suited to this sport. A swell is a collection of waves generated by specific conditions like a storm. Swell can travel a long way to the beach (think like 2,000 miles / 3,216 km offshore).

In the swell forecast, in particular, you will find such individual parameters as swell size (swell height), swell period, swell direction, and swell energy. They determine how surfable is the swell.

When practicing winter sports on frozen water, it is vitally important to know safe ice thickness. This is the thickness of ice on which you can safely navigate. It depends on air temperature, type of ice, and other weather and nature parameters. For example, as a general rule, ice that is neither new nor clear is half as thick as clear ice (that is, it must be twice as thick to be able to go out on it).

The solunar is rather not a weather element but a theory about a fascinating nature phenomenon that lies between science and fiction. But it could be found in a weather forecast, too.

The solunar theory is the foundation for a lunar calendar for fishermen and hunters which postulates that animal activity depends on the phases of the moon. Allegedly, it is possible to predict good hunting and fishing and you plan them in advance for the most “favorable” days, depending on the Moon phase.

The modern solunar forecast, which you can find in specialized outdoor apps like the Windy.app, is a graph that shows when exactly the best fish bite will be on any given day and place, including the probability of catching more or fewer fish, expressed as a percentage.

As with the basic weather forecast, which includes two indices — Ultraviolet Index and Air Quality Index — you can find more of them in the advanced forecasts. Let’s take three as examples:

Finally, various weather phenomena associated with the sun, which belong to the Atmospheric Optics section of the meteorology science, are also predictable. These include both vital parameters such as thunderstorms and lightning, as well as those that are not dangerous for humans but are of considerable interest to nature and outdoor enthusiasts, such as the northern lights, which are best observed at northern latitudes during the polar night.

Text: Ivan Kuznetsov, an outdoor journalist, editor and writer from the Dolomites, Italy, and Karelia, Finland, with 10 years of professional experience. His favorite sports are hiking, cycling and sauna. Read his other articles, other Windy.app team members contributed to this guide

The list of weather elements, parameters and data used in the Windy.app